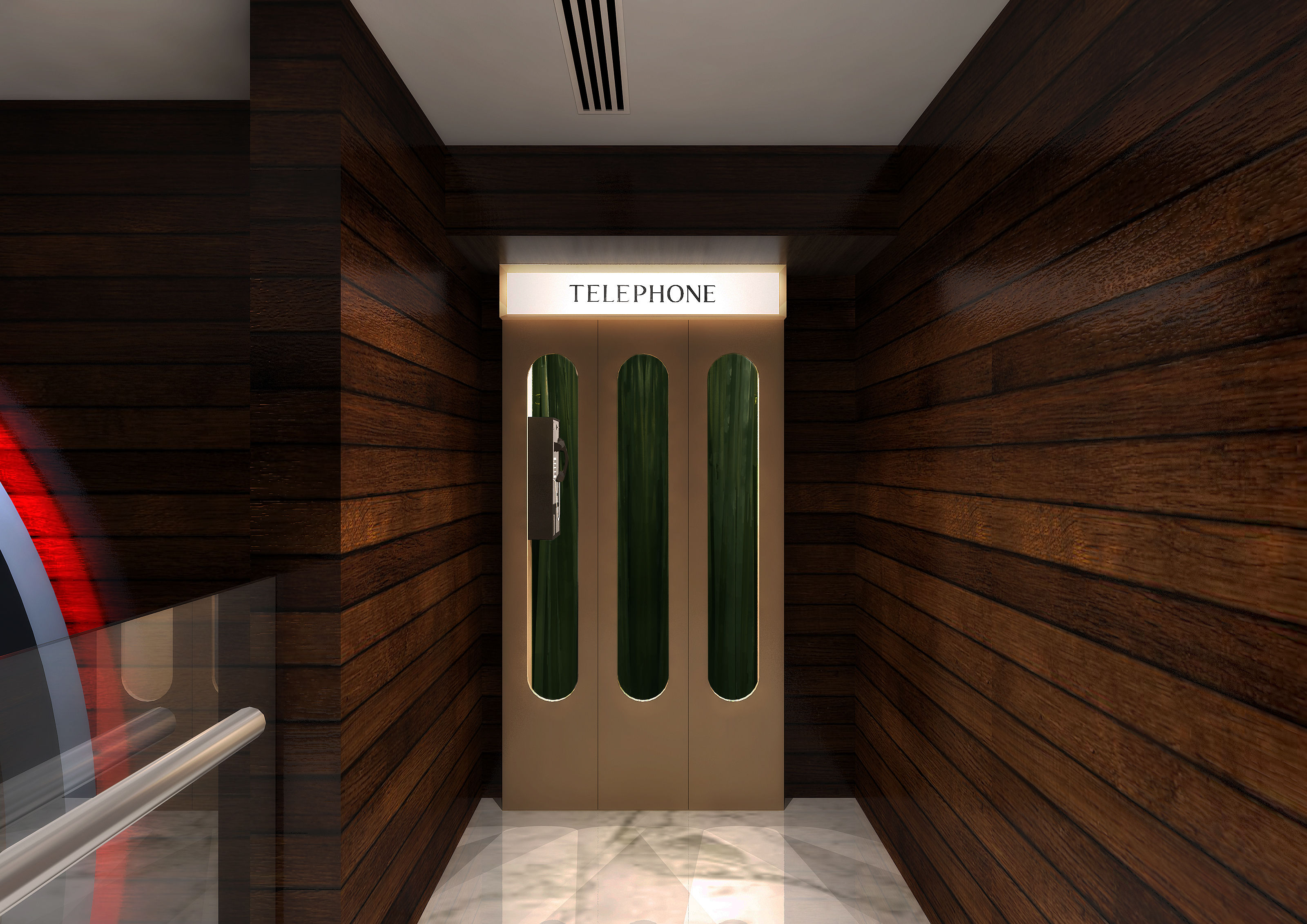 When it comes to drinking culture, it’s clear that there’s a love affair between Hong Kong and New York. This year alone, we’ve seen the opening of a local outpost of legendary NYC speakeasy Employees Only; a preview pop-up of The Embassy, which will open in Brooklyn in 2018; and pop-ups from The Dead Rabbit and Death & Co., two world-famous cocktail bars both located in the Big Apple. Now comes news that the bar that may have started it all, when it popped up at MO Bar in January 2016, is coming back to Hong Kong for good. That’s right: PDT is opening a permanent location — its first outside New York — at The Landmark Mandarin Oriental early next year.

Opened in May 2007, PDT — which stands for Please Don’t Tell — was part of the global speakeasy trend and became famous for its unique location: hidden inside an East Village hot dog shop called Crif Dogs. Savvy customers enter the humble space only to sit in a telephone booth, pick up the phone and (hopefully) be invited to come inside for a drink. Regularly appearing on lists such as World’s Best Bars over the past decade, PDT has become an institution thanks to its intimate ambiance, distinctive interiors and creative cocktails.

In homage to the original location, PDT HK’s entrance will be disguised as a telephone booth at the top of the stairs inside MO Bar. The interiors will be overseen by designer Nelson Chow, the man behind such visually appealing spots as Foxglove and Dr. Fern’s Gin Parlour; based on early renderings, we can expect a blend of vintage and modern touches, with references to PDT’s New York location including an eclectic selection of taxidermy on the walls.

PDT’s Jim Meehan and Jeff Bell will collaborate with The Landmark Mandarin Oriental to bring the new bar to life. “The cocktail menu will change frequently throughout the year to take advantage of hyper-seasonal produce and limited-edition wines, beers and spirits. As many guests will be global travellers who may well have been to PDT in New York, we will feature a handful of our house cocktails, such as the Benton’s Old Fashioned, Shark and Mezcal Mule”, said Meehan, PDT’s founder.

Beyond cocktails, PDT HK will introduce a creative culinary partnership with leading local chefs, which will change seasonally. The Landmark Mandarin Oriental’s very own Richard Ekkebus will be up first, with a free-range pork, chicken and beef hot dog that pays tribute to Crif Dogs, as well as other American comfort-food offerings.

“It is extremely exciting to be collaborating with the immensely talented Jim Meehan and Jeff Bell for their first venture outside of the States. After hosting PDT’s pop-up as part of our Masters of Mixology programme last year, we recognised that PDT would be a perfect permanent fit for us,” said Torsten van Dullemen, General Manager of The Landmark Mandarin Oriental, Hong Kong.

With just about a month remaining in 2017, it’s time to start looking forward to 2018, and PDT HK is all the reason we need to anticipate the arrival of the new year. Stay tuned for more details in the coming months.

Hong Kong Cocktails Drink Bar Bars MO Bar Dining Cocktail Bars The Landmark Mandarin Oriental Richard Ekkebus PDT Jeff Bell Bar Openings PDT HK Jim Meehan Nelson Chow
Michael Alan Connelly
Head of Digital Content
A Chicagoan by birth and a New Yorker by habit, Michael has more than a decade of experience in digital publishing at leading titles in the U.S. and Asia. When he's not checking out Hong Kong's newest restaurants and bars or jet setting around the globe, you'll find him hanging out with his dog Buster and enjoying an Aperol Spritz.
Travel Hotels Restaurants Cocktails Culture Italy Art Music Cheese
Sign up for our newsletters to have the latest stories delivered straight to your inbox every week.