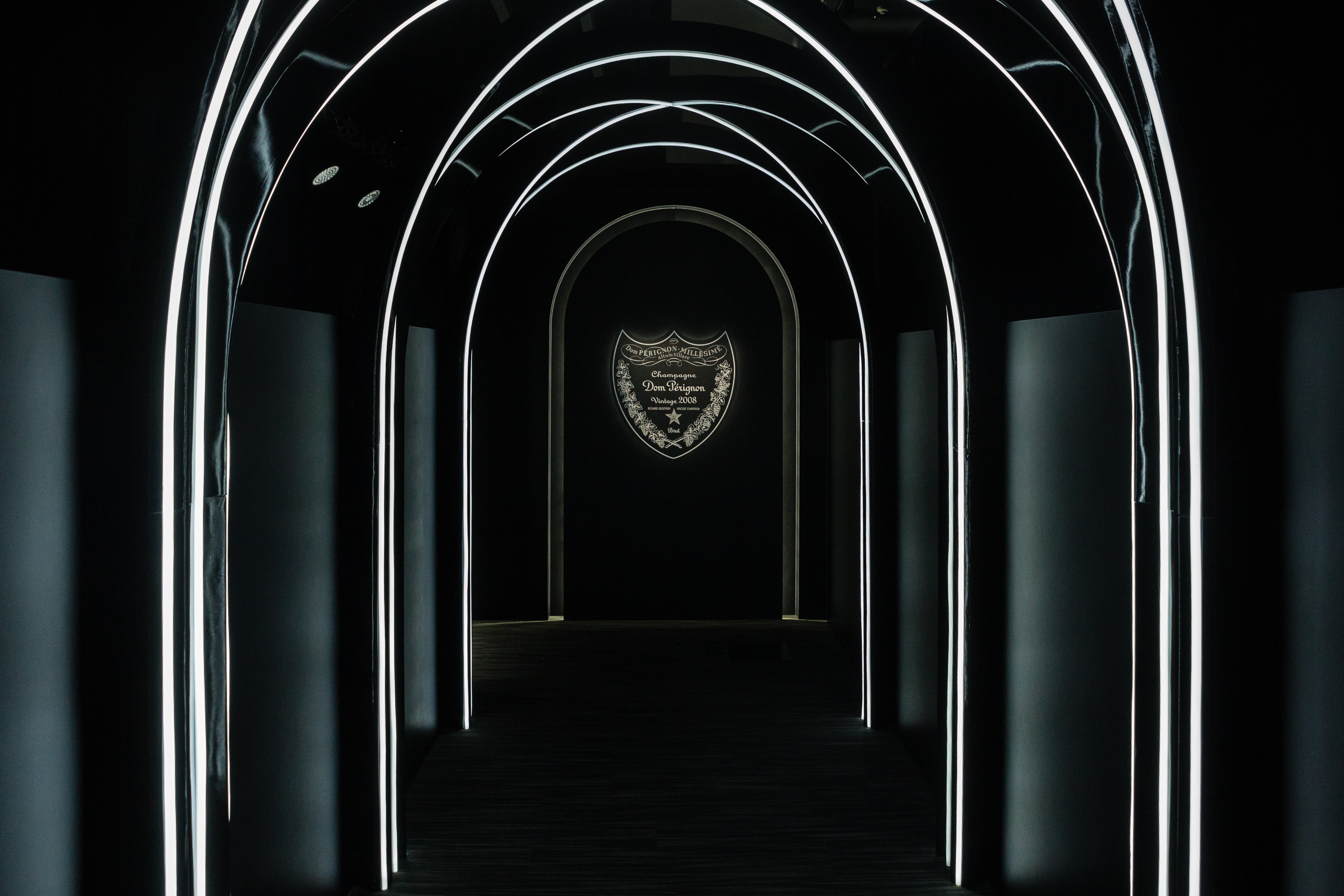 Inside the unveiling of Dom Pérignon 2008 in Hong Kong

Last year, something very unusual happened. For the first time in the history of Dom Pérignon — the world’s first prestige cuvée champagne, the first vintage of which was introduced in 1921 — the venerable and celebrated brand released a vintage out of sequence. That is, the 2009 vintage went to market before the 2008 vintage had been released. The reason for this was plain: 2009 was ready for consumption, and 2008 simply needed more time, a result, perhaps, of the grey, overcast skies that dominated the growing season that year.

No matter: 2008 was worth the wait. Incredibly ripe and forward, bursting with freshness and acidity, Dom Pérignon 2008 holds aromas of citrus fruit and wet chalk, while on the palate it delivers stone fruit and a muscular energy which indicates this vintage will age extremely well in the decades ahead. (One can hardly wait to see what the second and third plénitudes will reveal about this vintage when they’re released in the future.) With nearly nine years on the lees, plus more than a year of post-disgorgement ageing on the cork, the 2008 vintage has spent more time in the bottle before coming to market than any other recent release (it’s recently become available at local retailers in Hong Kong). Also noteworthy: For the first time since the 1990 vintage, the blend is precisely 50% Chardonnay, 50% Pinot Noir. Apart from the usual circumstances surrounding its release, Dom Pérignon 2008 is remarkable for one other very important reason: It’s the final vintage to be announced by longtime Chef de Cave Richard Geoffroy, who announced earlier this year that he’d be retiring from his post after nearly three decades at the helm. Officially replacing Geoffroy as of 1 January 2019 is none other than his winemaking protégé, 41-year-old Vincent Chaperon. The two have worked closely together for the past 15 years, ensuring that Geoffroy’s legacy and vision will remain at Dom Pérignon long after he’s left his post.

To celebrate the 2008 vintage and commemorate Geoffroy’s 28 years of service, Dom Pérignon transformed The Qube at PMQ into a stunning series of rooms designed to delight all the senses and, of course, pair amazing food with the dazzling 2008 vintage, courtesy of a collaboration with chef Richard Ekkebus of Amber. Attended by esteemed guests including Amanda Strang, Feiping Chan, Edwin Chuang and Simon Yam, not to mention select members of the media and longtime supporters of Dom Pérignon, the multi-day event was worthy of this important moment in Dom Pérignon’s history, and a fitting tribute to the man responsible for so much of its success.

To mark the occasion, we took some time to sit down with both Geoffroy and Chaperon to discuss the past, present and future of Dom Pérignon. Read on to see the interview.

This is the first transmission between Chefs de Cave in 28 years. How does that make you feel?

Richard Geoffroy: I’m serene. More than satisfaction there’s a sense of joy after doing this for 28 years, and now knowing that Vincent is in charge and he will be following that path we have been defining — that we inherited actually, from our predecessors. I feel good, not sad or emotional. I got to pursue my personal journey. This is the natural order of things, and I’m not hanging on. My departure has been voluntary; I could have stayed longer. It’s been my decision, so I’m acting accordingly. I’m living up to my roadmap. So yeah, I would say a sense of serenity is what I feel.

What made this feel like the right time to retire?

RG: In life, I think that to be exclusive to one lifelong project, I don’t find it that healthy. I come from medicine, I’ve spent 35 years in winemaking. It’s up you to take on new challenges, new adventures.

Have you decided what's next for you?

RG: It’s something I don’t want to expand on today, but I’ll be making sake.

In your career at Dom Pérignon, what achievements are you most proud of?

RG: A couple of things. If you look back at the past 30 years at Dom Pérignon, I think we have been making the wine and therefore the brand more playful, more vibrant and definitely younger. We’ve reached a broader audience. To me, it’s the most important thing. The playfulness of the wine: We have been pushing the envelope of substance and harmony, embracing the more substantial elements, putting more Pinot Noir in the rosés, the proposition of plénitudes. I think we have been stirring the pot in Champagne, which is in the DNA of Dom Pérignon. Forging ahead is definitely essenital to Dom Pérignon. Voila!

What has your collaboration over the past 13 years been like?

Vincent Chaperon: It has been the best for me. Richard has been my mentor. We met in 1999, when I arrived in Champagne and was working for Moët & Chandon.

RG: The thing I’m very proud of in this scheme of transmission is that you were elected my successor early on. I kept it a secret and then allowed you to keep learning.

VC: It was nice because that means that during all those years I’ve been working not for a position or a project, but a vision. What’s important, again going back to this notion of mentorship, is to grow in life. I understood years ago that it was more important to me to grow as a person, not to be focused on procedural position or responsibility.

Richard, were you allowed to pick your successor?

RG: Oh yes, one hundred percent. There’s a CEO, but frankly it has been my decision and the CEO supported me, so it has been our decision based on my recommendation.

Vincent, since learning about your new role a year ago, what steps have you taken to prepare for 2019?

VC: The preparation has been the 18-plus years at Moët & Chandon and Dom Pérignon. The past year has been a kind of coming out, transforming this personal investment and dedication into a future official position of responsibility. The biggest change is how people look at me, and managing and handling that. That, and becoming the boss: I had a team before but I’m taking on a larger team, and so really it has been about the responsibility of managing this team and working on the future. Then, of course, there has been this tour with Richard, meeting or re-meeting all the important people areound the world.

Do you plan on being exactly like Richard or do you have ideas for change?

VC: Of course, that’s number one. I assume that people are not wanting me to do exactly the same as him. Of course, you have to follow the path of the vision. We have been defining this for a long time and it contextualises everything we are doing and making over the years.

Are there any misconceptions people have about Dom Pérignon?

VC: There can be no misperceptions because the way people perceive it is the way they will perceive it. The brand is alive so it has its own life. It’s expanding.

How important is Hong Kong as a market for champagne?

RG: Dom Pérignon has been around forever in Hong Kong. I remember in the ’90s, the image of Dom Pérignon was so different, a bit more formal. In the last decade, we’ve seen a big expansion here and in the region. We know Hong Kong is really a place of influence as an Asian hub.

Dom Pérignon 2008 is now available at local retailers in a special Legacy Edition (HK$1,520) with a label bearing the names of Richard Geoffroy and Vincent Chaperon. The normal label for the 2008 vintage will be released in early 2019.

Champagne PMQ Dom Pérignon Richard Ekkebus Vincent Chaperon Dom Pérignon 2008 Richard Geoffroy
Michael Alan Connelly
Head of Digital Content
A Chicagoan by birth and a New Yorker by habit, Michael has more than a decade of experience in digital publishing at leading titles in the U.S. and Asia. When he's not checking out Hong Kong's newest restaurants and bars or jet setting around the globe, you'll find him hanging out with his dog Buster and enjoying an Aperol Spritz.
Travel Hotels Restaurants Cocktails Culture Italy Art Music Cheese