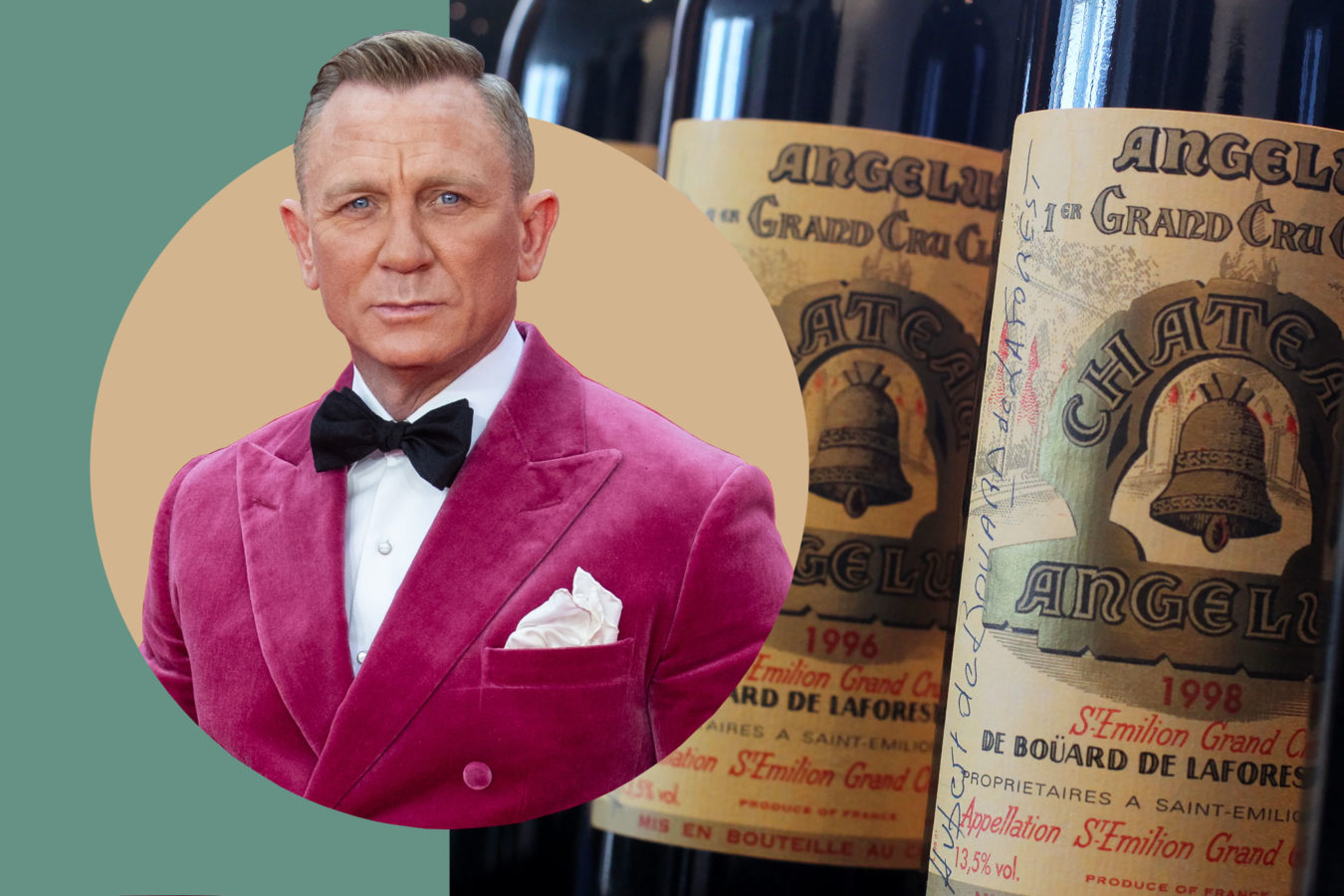 James Bond favours Bordeaux in ‘No Time To Die’

James Bond famously prefers his drinks “shaken, not stirred,” but in No Time to Die — the 25th installment of the movie franchise — Bond’s most prominent drink is apparently “swirled.”

The movie debuted in UK theatres on September 30, and the British site The Drinks Business was kind enough to provide a full rundown of James Bond actor Daniel Craig‘s alcohol consumption in the 163-minute flick. Interestingly, though a martini is 007’s best known drink — and Bollinger and Heineken are the franchise’s official drinks sponsors — a red Boudreaux supposedly received the best supporting role for a beverage.

Deferring to The Drinks Business (as, unlike me, they’ve already seen the film), the site says that early on in the movie, Bond arrives at Q’s house as he’s preparing dinner. “Featuring prominently on the table is a bottle of Château Angélus, which Bond eyes, then reaches for before pouring himself a large glass — ensuring the St-Emilion Premier Grand Cru Classé A … gets plenty of screentime, and more than any other drinks brand in the film,” the site states. “In contrast, Craig briefly swigs from a bottle of Heineken in a nightclub when meeting with the CIA’s Felix Leiter, while Bollinger is never actually drunk by Bond in the film, but does feature on a back bar.”

So how does a relatively small Saint-Emilion outshine both a Champagne brand with ten times the production and one of the world’s largest beer companies? Turns, Bond and this Bordeaux have an established history: According to the Château Angélus website, the brand first appeared in 2006’s Casino Royale before returning again in 2015’s Spectre. In 2019, Angélus even released a 007 limited-edition bottling of hand-numbered magnums of their 2007 vintage (get it?) housed in walnut wood and leather cases, made “in the spirit of cigar boxes or dashboards of iconic vintage cars dear to James Bond.”

The Drinks Business tosses in a tidbit that the initial product placement purportedly stems from Angélus owner Hubert de Boüard’s friendship with the Broccoli family (who produce the Bond films), and the deal was sealed with a bit of wine and cash.

But regardless of how this wine made it into the most recent film, what appears on screen is what’s canon, and if you ask me, a Bond who sips on Saint-Emilion is, at very least, a bit classier than a Bond who swigs beer.