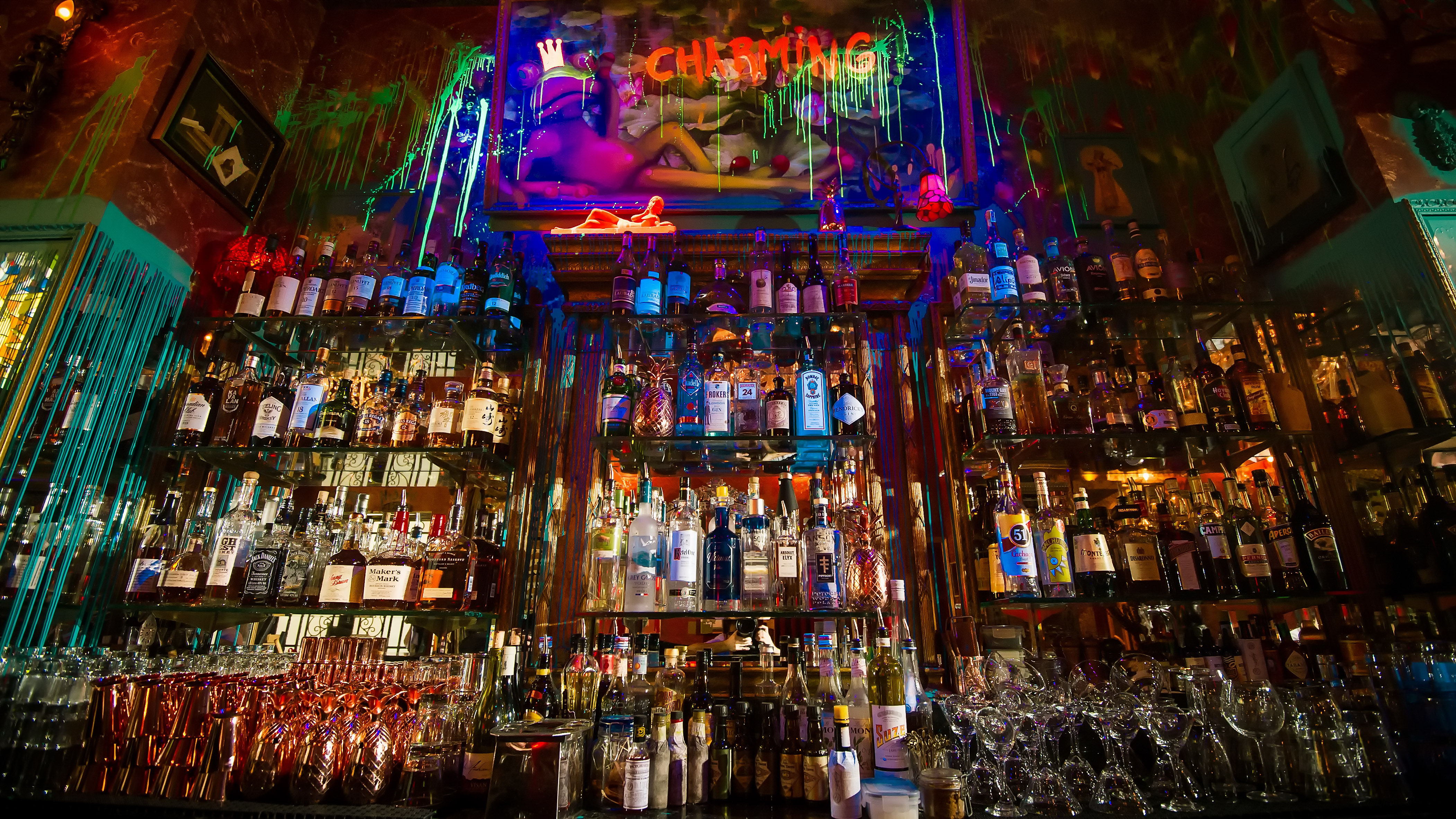 It might be hard to believe now, but there actually was a time in Hong Kong when every single new bar did not feel compelled to call itself a speakeasy. Of course, we live in a city that loves its buzzwords and knows how to take a trend and run it into the ground, which is why so many drinking spots these days go for the speakeasy vibe. That may explain why Le Boudoir, which opened in October 2010 and claims to be Hong Kong’s original speakeasy, has said goodbye to its original incarnation and is now set to reopen with a brand-new identity.

Located in the heart of Wyndham Street’s buzzing nightlife row, Le Boudoir gained a reputation as a sexy secret spot thanks to its French bedchamber–inspired décor — think chandeliers, paintings in gilded frames and Art Deco mirrors — and its unmarked entrance. Now, however, the subterranean spot is ready to shake off its former self and bring something new to Hong Kong’s nightlife scene.

Courtesy of Hong Kong–based street artist and award-winning interior designer Szabotage, Le Boudoir has been given a fresh makeover with a punk attitude. The core design elements remain in place, but the gilded frames have been splashed with paint, the paintings disrupted by surprising touches of neon, and the venue has been outfitted with unexpected sprays of copper — a nod to the bar’s new benefactor, Absolut Elyx, which crafts premium vodka in copper stills.

Beyond aesthetics, the re-imagined Le Boudoir has a new attitude, eschewing any notions of exclusivity for an inclusive and pretence-free atmosphere that welcomes everyone. No longer a speakeasy, the bar is now calling itself a “drinking parlour”, with the aim to be a social space for meetings, casual chats, romantic dates and good old-fashioned drinking nights. As a result, Le Boudoir 2.0 has maintained a sense of its past while not being afraid to evolve into something new and more befitting of the times.

“The city’s bar scene is ever-evolving, the world is changing; you can’t be satisfied and think that yesterday’s favourite trend will still translate tomorrow,” says new co-owner Benoit Proust. “Le Boudoir was Hong Kong’s first speakeasy, and now this category has exploded. We want to keep the tradition of introducing Hong Kong to something new. We think the city is hungry for more inclusion, for a place to meet where you can talk, meet new friends, bring a date, not be a stranger. This is what we want to give to Hong Kong.”

The new Le Boudoir reopens on Friday, 17 November, and the night will include free-flow Absolut Elyx cocktails from 10–11pm. To RSVP, email Booking@LeBoudoir.hk.

Hong Kong Bars Hong Kong Bars Le Boudoir French Creations
Michael Alan Connelly
Head of Digital Content
A Chicagoan by birth and a New Yorker by habit, Michael has more than a decade of experience in digital publishing at leading titles in the U.S. and Asia. When he's not checking out Hong Kong's newest restaurants and bars or jet setting around the globe, you'll find him hanging out with his dog Buster and enjoying an Aperol Spritz.
Travel Hotels Restaurants Cocktails Culture Italy Art Music Cheese
Sign up for our newsletters to have the latest stories delivered straight to your inbox every week.