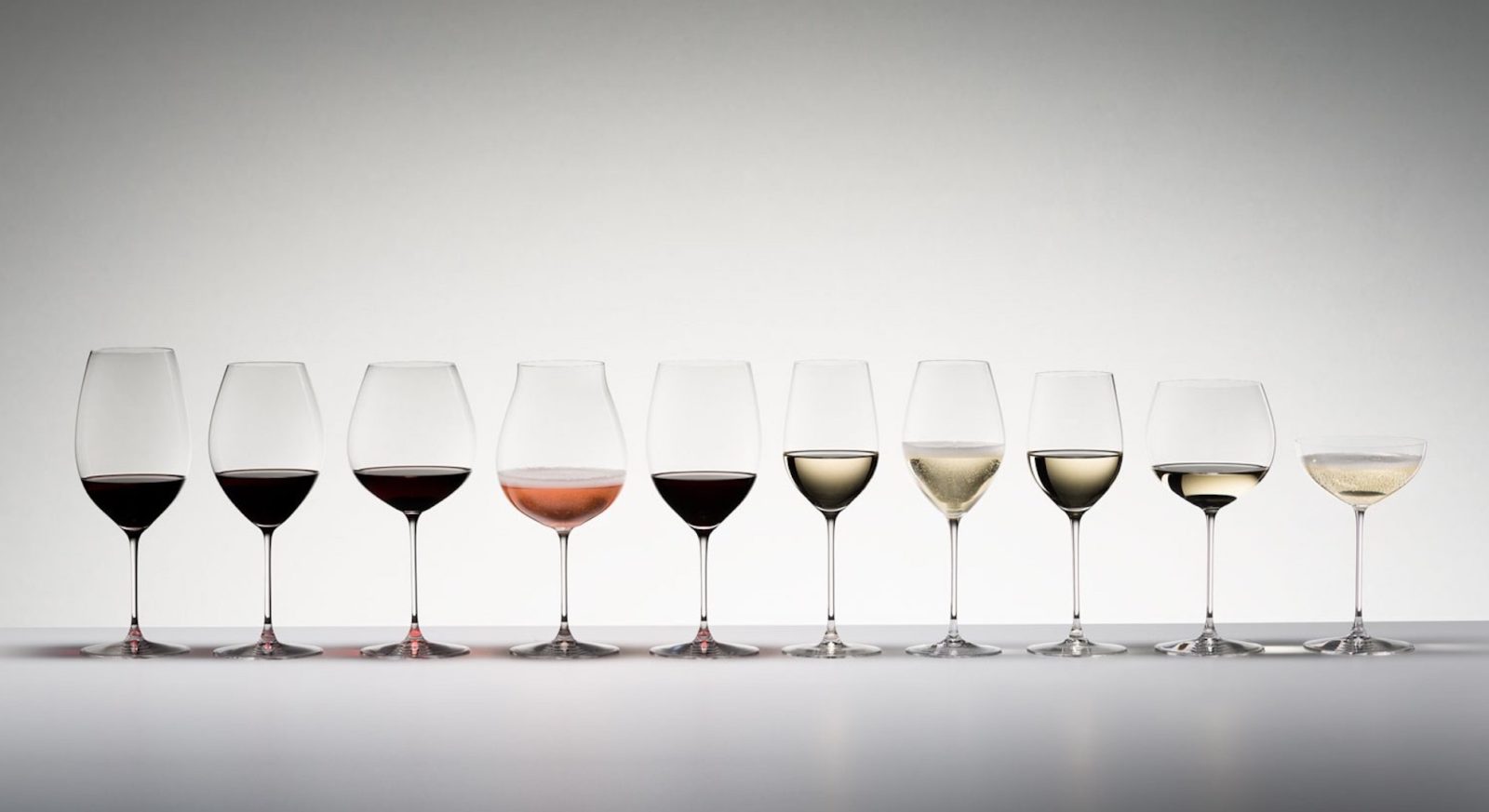 In theory, the concept of ‘universal’ wine glasses (stemware good for light whites, big reds and everything besides) doesn’t vary too much with brand. Yet there are indeed slight differences to be found between numerous competing designs — in shape, price and the particular personalities who favour them.

For decades, the settled logic amongst oenophiles was that differently shaped vessels were essential for drinking different grape varietals. Failure to observe this ‘rule’ would immediately out the offender as a rube. In 2020, we’re less concerned by such strictures.

There have been anecdotal studies suggesting certain wines are enhanced by the deployment of a specific glass, yet more and more industry professionals are advocating laypeople buy a single set of stemware to cover all of their domestic needs.

Eric Asimov, wine critic for The New York Times is among these dissenting voices. “For some time now, glass producers have promoted the self-serving idea that every sort of wine requires a distinctive glass,” he says. “Most households need only one set of all-purpose wineglasses: perfectly fine for whites, reds, sparkling, rosés and fortified wines.”

If your goal is to find a glass that goes the distance with the broadest possible range of wines, then professionals like Asimov have proposed a surprisingly narrow set of requirements. Oenophiles know it as the ‘Bordeaux glass’: a vertically shaped vessel with a tall bowl, gently tapering lip and enough room for “inveterate [swirling]” when filled up one third of the way.

You might also like…
Style
Wrist Watch: Collecting should be more than “just speculation,” says Carson Chan
Gear
Would you use a wine dispenser that preserves your vino for up to six months?

The other case for investing in an all-purpose wine glass rests in practicality. When contemplating how to save space in the home — particularly in dense urban locales like Hong Kong — they can be a massive boon; and a well-selected one is a handy way of conveying the kind of wine drinker you are. Snobs will probably be incensed by the idea of picking a wine glass based on one’s lifestyle, but fortunately we’ve even managed to include an option that caters to them as well. Who says alcohol isn’t for everyone? Without further ado, peruse a couple of our favourite all-purpose wine glasses below. 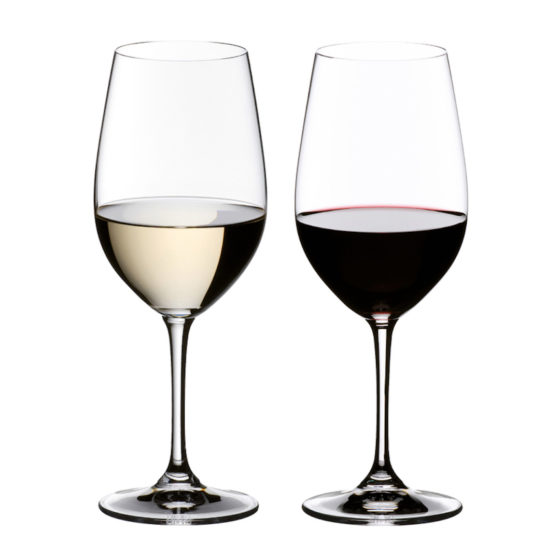 Allegedly designed for use with high acid varietals which contain large amounts of residual sugar (hence the ‘Riesling/Zinfandel’ sub-designation) ‘Veritas’ is in fact one of the most versatile shapes you’ll find throughout the Riedel lineup. The Austrian glassware giant’s massive marketing budget means you’re bound to have swirled one of these at your local 5-star bolthole, fancy-pants bistro et cetera. Unsurprisingly then, it’s also the most inoffensive choice to crack our list: industrially well-made (using lead crystal), cleanly designed, and too widely available to say anything specific about the end-user. 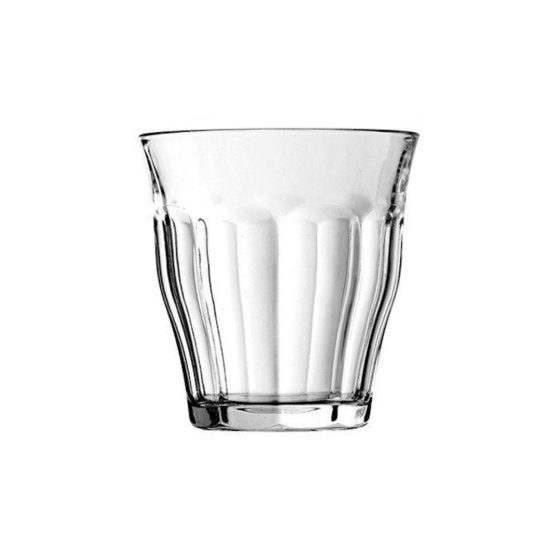 At a push, most people would probably be nervous recommending Duralex for the task of serving vino, but the French manufacturer has been making tempered, hospitality-grade tumblers — which adapt surprisingly well to use as makeshift wine glasses — for the past 55 years. Although the ‘Provence’ variant (220ml) isn’t the best at channeling the ‘aromatic compounds’ present in every wine, the overall build quality and design makes the Picardie a unique addition to our list. Ideal for the party planner who favours convenience and robustness (because really, what’s a house party if not the opportunity to dramatically dislodge a wine glass?). 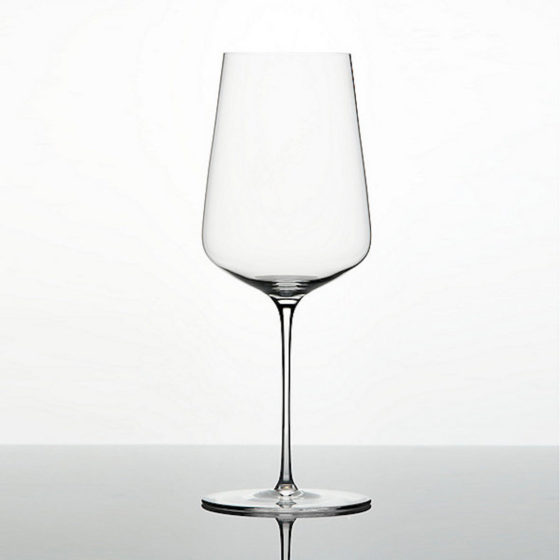 If the thought of pouring Cabernet into a square stemless glass fills you with moral outrage, then you’re probably going to want to invest in a Zalto. Championed widely as the Rolls-Royce of stemware, all of the company’s glasses are hand-blown in Neunagelberg using unleaded crystal. The brand’s gossamer thin, infuriatingly fragile ‘Universal’ is just about the only all-purpose option that will be acceptable for die-hard Bacchanalians — everyone from bona fide sommeliers to your area’s token self-proclaimed “wine critic”. 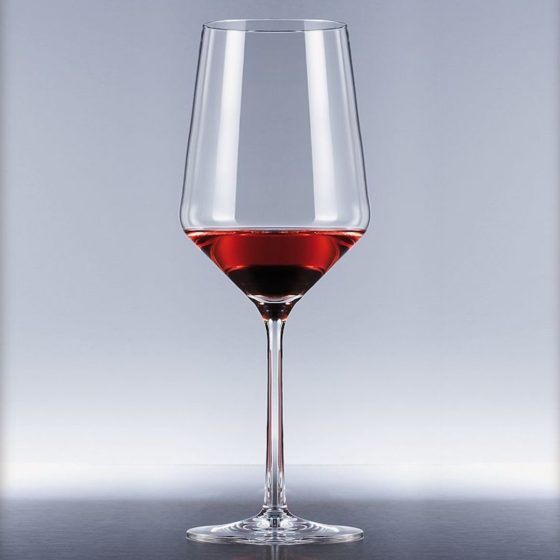 Somewhere between the populist appeal of Riedel and the ultra-delicate craftsmanship of Zalto, you’ll find Schott Zwiesel. The German glassmaker touches a lot of the same nerves as its Austrian counterparts, but at a more approachable pricepoint and with several extra refinements thrown in. These ‘Tritan’ Cabernet glasses — made using patented titanium technology of the same name — are tough enough to go into your dishwasher, while each bowl’s angled sidewalls help it to pick up on the nuances present in drier, more full-bodied styles of red wine. We recommend this glass for budding wine enthusiasts who are interested in the effects stemware has on flavour (but not to the point that they’re willing to bore their friends).