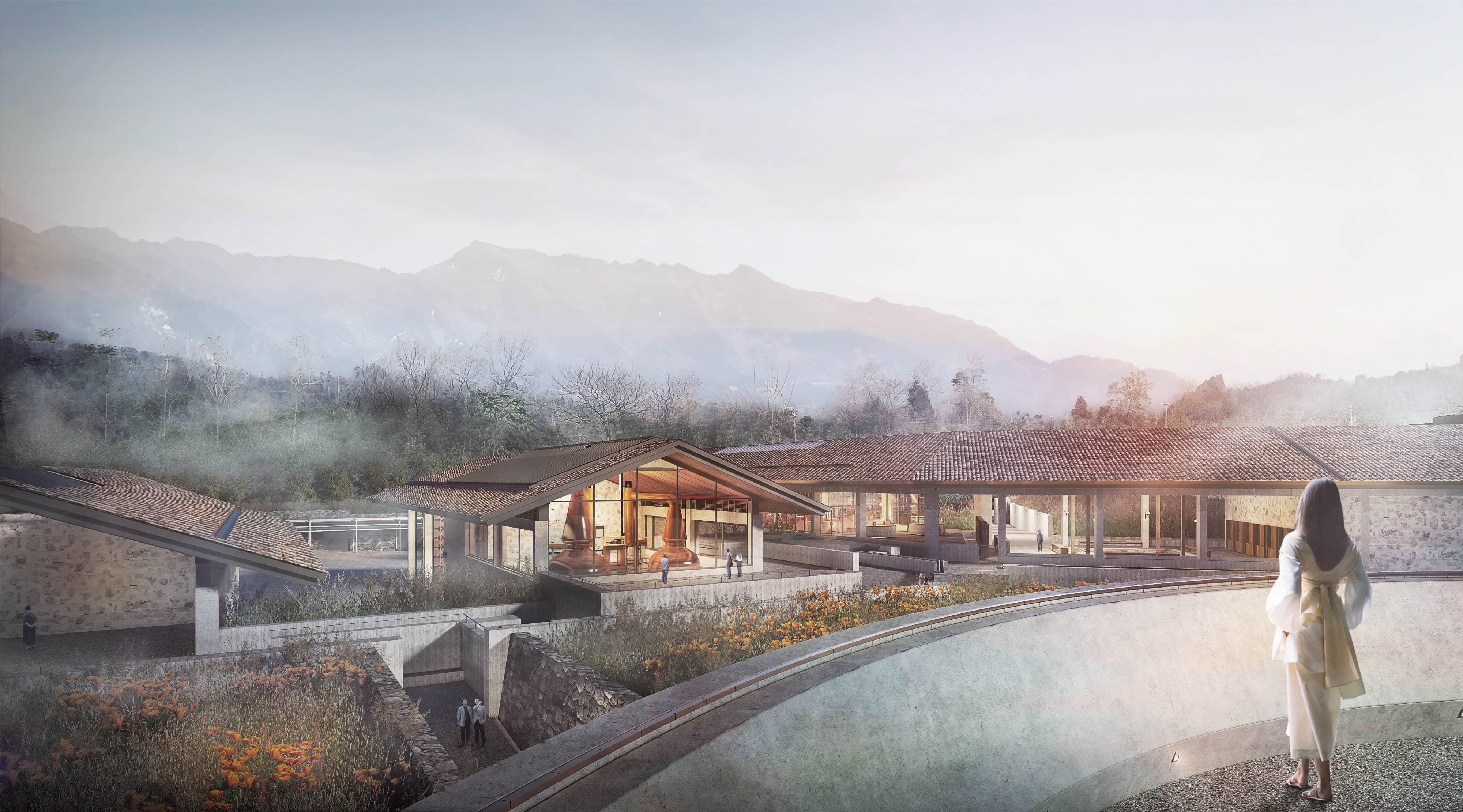 China is set to have its first-ever malt whisky distillery from an international spirits and wine group, with Pernod Ricard breaking ground on a 13-hectare distillery site in Sichuan province this week. With a staggering investment of US$150 million planned for the next decade, the groundbreaking distillery will be located in Emeishan, Sichuan, with whisky production slated to begin in 2021.

Pernod Ricard chose Emeishan as the site of its dazzling new distillery due to the region’s pristine water sources and beautiful natural terrain. The Emeishan Malt Whisky Distillery will be the first in the world to appoint a Chinese master distiller, combining the French wine & spirits conglomerate’s storied craftsmanship with local knowledge to create a unique malt whisky embracing Chinese culture.

In addition to world-class distillation facilities, the site will also house an interactive visitor centre, where guests can learn about the innovation, expertise and craft behind the spirit. The visitor centre is expected to be a boon to the local tourism industry, gearing up to welcome over 2 million tourists in the first decade of opening.

Philippe Guettat, Chairman and CEO of Pernod Ricard Asia, says, “The decision to bring the iconic malt whisky from Emeishan Malt Whisky Distillery to the world stage demonstrates China’s burgeoning passion for the spirit and will showcase Pernod Ricard’s experience in creating and operating twenty of the world’s most prestigious whisky distilleries.”

To design the site, Pernod Ricard has appointed China-based award-winning architects Neri&Hu, who will imbue the design with strong elements of local culture while blending in the innovation and modernity core to Pernod Ricard’s brand. They’ll focus on preserving local resources and highlighting the beauty of the mountainous surrounds, while achieving a harmony between the distillery experience and nature through the use of stone walls and reclaimed roof tiles. Elsewhere, the site will be crafted in copper and metal — the two materials representing the ‘Yin’ and ‘Yang’ of Chinese culture.

China Whisky Pernod Ricard Sichuan chinese whisky
Leslie Yeh
Editor in Chief
Having worked as a lifestyle editor for almost 10 years, Leslie is thrilled to be writing about the topic she loves most: wining and dining. When she's not out pounding the pavement for the latest new restaurant opening or tracking food trends, Leslie can be found at home whipping up a plate of rigatoni vodka and binge-watching Netflix with a glass of Sauvignon Blanc in hand.
Dining Restaurants Food Trends Drinks Travel
Sign up for our newsletters to have the latest stories delivered straight to your inbox every week.

Your morning coffee is probably made with Arabica beans

A toast to health: 6 benefits of whisky that will put a glass of wine to shame

Champagne, explained: A snobbery-free guide to the best of bubbly