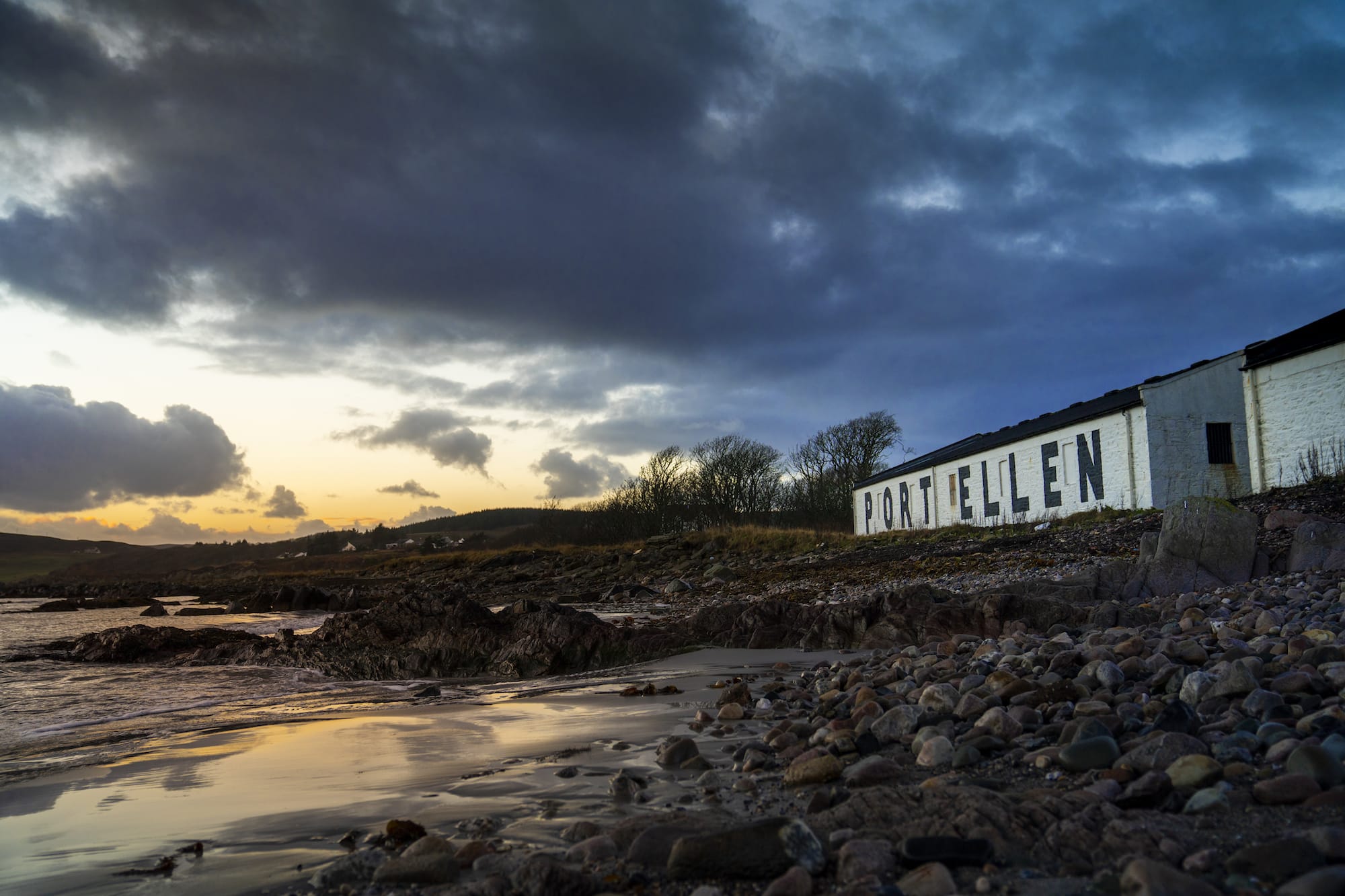 Of all the silent distilleries of Scotland, Port Ellen is a colossus among the rest. The vanishingly rare releases from this iconic distillery are big news among whisky connoisseurs, with everyone keen to own a piece of this distillery’s history before the dwindling stocks run out.

It is unsurprising, therefore, that the announcement of the oldest expression of Port Ellen released to the public to date – a 39-year-old whisky – has been greeted with much fanfare. But why?

The iconic Port Ellen distillery, located on picturesque Islay in the Hebrides, was closed in 1983, leaving a limited cache of liquid to undergo decades of careful maturation, resulting in some of the most delicious whiskies a connoisseur could ever hope to taste.

Until now, whisky fans had to wait for Port Ellen owner Diageo to launch its annual Special Releases collection, a carefully curated selection of rare and limited-edition whiskies from its roster of distilleries.

Port Ellen’s inclusion in these collections was the highlight of every year until 2018, when it disappeared from the line-up. Some suggested that Port Ellen’s stocks were so vanishingly rare that we were unlikely to see many, if any, more releases from the original distillery.

On top of this, Diageo had announced in 2017 that it would be rebuilding and reopening this mythologised distillery in 2021, news that elicited much excitement, but also stoked rumours that the original whisky stocks had already run out.

Excitingly, this is not the case. This latest release is to be the first in a new Port Ellen series, entitled Untold Stories.

A 39-year-old liquid consisting of just 1,500 bottles, it celebrates the little-known story of how early distillery manager John Ramsay pioneered the spirit safe, an essential piece of equipment that’s still seen in distilleries across Scotland today.

Under lock and key

The spirit safe is a glass box that encases the place where the spirit leaves the still, and the very first was introduced at Port Ellen in 1823 by inventor James Fox, who tested and installed the instrument at the distillery before Ramsay’s involvement. It was then developed into the piece of equipment it is today while the distillery was under Ramsay’s tenure.

The spirit safe provides controls for the distiller to separate the liquid into heads, hearts and tails, whilst also ensuring that the liquid is locked up. Historically, the local excise officer was the only person to hold a key to it, a privilege that was enjoyed right up until 1983, when distillery managers were finally allowed to hold a key of their own.

As a nod to this, and the incredibly rare, valuable nature of the whisky, Port Ellen Untold Stories: The Spirit Safe 39 Year Old will be held in a special box that requires two separate, unique keys to open it.

“Setting a rare precedent for exceptional whisky since the beginning in 1825, this release is a perfect exploration of how early innovation at the distillery played a role in shaping the whisky industry as a whole,” explains Georgie Crawford, Port Ellen’s interim master distiller.

“There’s an ethereal quality to Port Ellen and to the distillery itself. Through this release we hope to give more insight into why it is so special a liquid, not just for its flavour, but for its history.”

“This is an outstanding example of Port Ellen, remarkably lively for its age at 39 years old,” says legendary whisky expert Charles MacLean. “A rich aroma, its advanced age has enhanced the make’s original character rather than overcome it with flavours from the cask.”

Drinks Scotch Whisky Diageo Single Malt Port Ellen Port Ellen distillery
Shatricia Nair
Managing Editor
Shatricia Nair is a motoring, watches, and wellness writer who is perpetually knee-deep in the world of V8s, tourbillons, and the latest fitness trends. She is fuelled by peanut butter and three cups of coffee a day.
Motoring Wellness Watches Beauty Style
Sign up for our newsletters to have the latest stories delivered straight to your inbox every week.