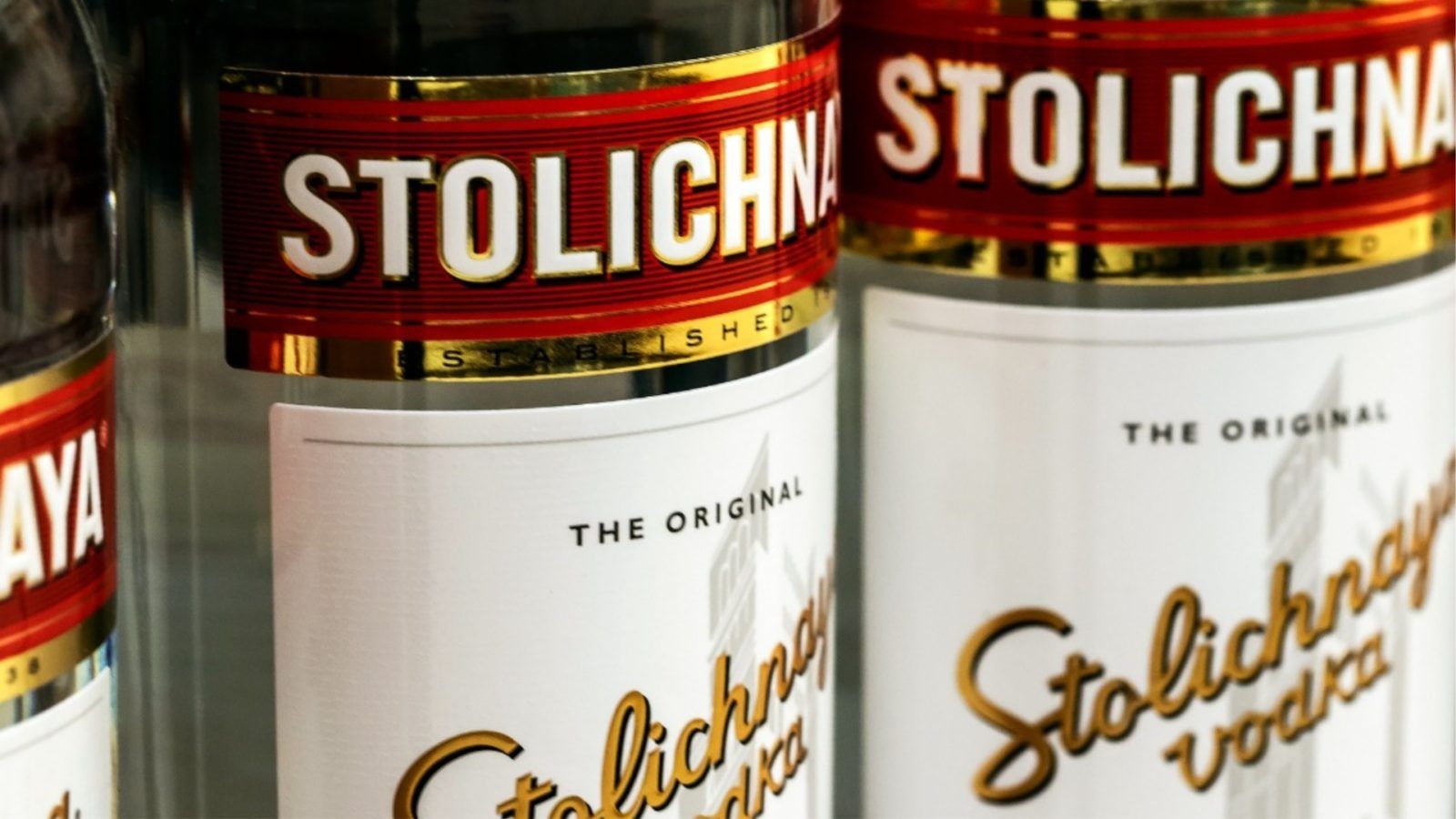 Stolichnaya vodka officially changes its name to ‘Stoli’ outside of Russia

When Russia invaded Ukraine last month, people across the globe reacted with immediate condemnation of the attack. Those with the available resources — like José Andrés and World Central Kitchen — quickly mobilised to help those displaced by the war. Meanwhile, others showed their disapproval in more indirect ways: For instance, many states, bar owners, and drinkers began boycotting Russian vodkas.

But even these latter gestures haven’t gone unnoticed, and now, one of the world’s most iconic vodka brands will be officially changing its name (outside of Russia, at least). Stolichnaya Vodka — the version produced by the Stoli Group — will now simply be called Stoli Vodka.

Stolichnaya Vodka to be rebranded as Stoli

Stoli Group wrote that this rebrand ending its use of the full Stolichnaya name came as a “direct response to Russia‘s invasion of Ukraine” with three factors playing into the decision: “the founder’s vehement position on the Putin regime; the Stoli employees determination to take action; and the desire to accurately represent Stoli’s roots in Latvia.”

On that final point, Stolichnaya’s modern history can be a bit confusing. The dissolution of the Soviet Union began a still-ongoing debate over whether Stolichnaya remains a Russian state-owned brand or if it became a private entity — and both sides make a version of the vodka. In Russia, Stolichnaya Vodka is state-owned and that “Stoli” will keep the full name. But for most of the rest of the world, the United States included, Stolichnaya Vodka is produced in Latvia by the Luxembourg-based Stoli Group, controlled by the exiled Russian billionaire Yuri Shefler.

And so to further differentiate this non-Russian-produced Stolichnaya from its Russian counterpart, Shefler announced late on Friday that his company would be ditching the “-chnaya” from its signature vodka’s name.

“While I have been exiled from Russia since 2000 due to my opposition to Putin, I have remained proud of the Stolichnaya brand,” Shefler said in the announcement. “We have made the decision to rebrand entirely as the name no longer represents our organisation. More than anything, I wish for ‘Stoli’ to represent peace in Europe and solidarity with Ukraine.”

Shefler likely has another motive as well: Since many of those opposing the war didn’t understand the subtleties of the multiple owners of the Stolichnaya brand, plenty of people could be seen dumping out bottles of the Shefler-produced Stoli — a move that could hurt his pockets while having no real impact on Russia. And Stoli Group has a number of business interests in the US to protect.

But Damian McKinney, global CEO of Stoli Group, reinforced that this was about more than just money. “This is very personal to us. As a former Royal Marine Commando, I know all too well the horrors of war,” he stated. “We have employees, partners and distributors in the region directly impacted. They are asking that we take a bold stand. This is one actionable, meaningful thing we can do to make it clear that we support Ukraine.”

The day before the rebrand announcement, Stoli Group also announced that they would be working to support World Central Kitchen’s aforementioned efforts to help those affected by the conflict.

Russia Ukraine Stolichnaya Vodka
Mike Pomranz
Vodka
Sign up for our newsletters to have the latest stories delivered straight to your inbox every week.