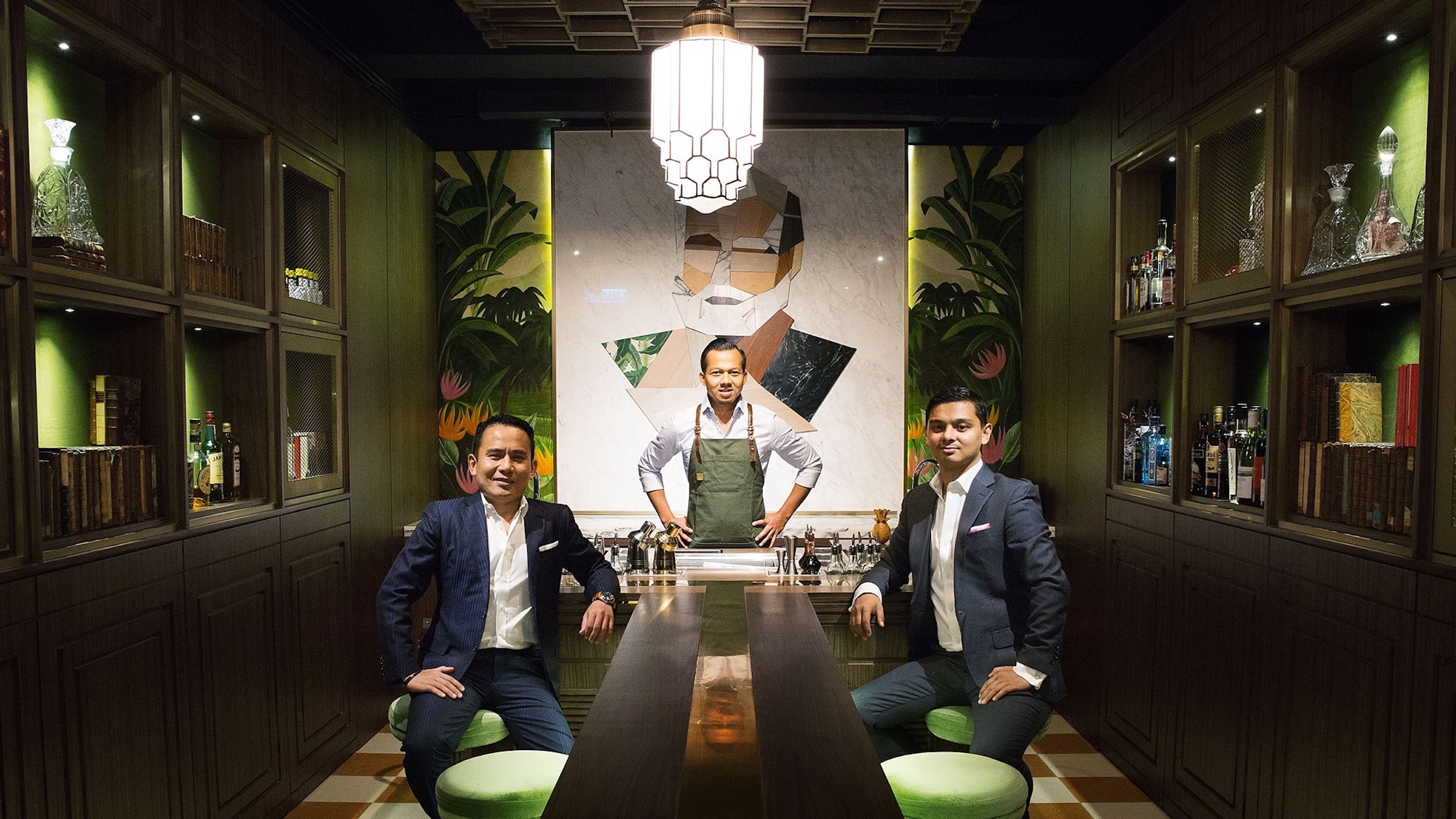 Food & Drink
The Old Man reigns triumphant at No. 1 on Asia’s 50 Best Bars 2019
Share this article
Next article

As the dust settles on Singapore’s Capitol Theatre and over 450 drinks-industry bigwigs toast to an evening of exciting accolades (some old, others new) we’re thrilled to report that — in a stunning upset — The Old Man Hong Kong has just nabbed the top spot at the Asia’s 50 Best Bars awards for 2019. The Hemingway-inspired cocktail bar, which opened less than two years ago, debuted on the list at #5 in 2018 and, subsequently, #10 on World’s 50 Best Bars 2018. Though there were rumblings that it would eventually dethrone Singaporean heavyweight Manhattan (which has won top place two years running), many insiders failed to predict how quickly that would come to pass.

Nonetheless, Singapore’s prodigal son of hotel bars still won big in 2019, coming in at #2 and picking up the “Legend of the List” title (awarded for most consistent performance over time) for good measure. The top five spots are rounded out by Indulge Experimental Bistro Taipei at #3, Native (#4) and Atlas at (#5). Native climbed a notable three spots from its 2018 ranking, in the process dislodging Speak Low from the top 5 altogether (the Shingo Gokan institution clocked in at a respectable #7 this year).

Meanwhile, High Five — Hidetsugu Ueno’s sleek, technique-centred Tokyo bar — held steady at #6 while a bunch of faces familiar to boozehounds shuffled around for the remaining top 10 places. The Mandarin Oriental Bangkok’s Bamboo Bar is now sitting pretty at #8, while Quinary reenters the club at #10. Jigger & Pony meanwhile catapulted forward 34 spots this year to win the coveted “Highest Climber” title, in addition to a #9 ranking.

As in 2018, Hong Kong has some serious face time on this year’s list, with a total of seven of the city’s bars represented. Of particular note are COA — Jay Kahn’s agave-centric lair on Shin Hing Street — and The Wise King — an opulent bar with luxurious cocktails hidden away down a quiet lane in SoH0; they debuted on the Asia’s 50 Best Bars 2019 list at #12 and #18, respectively. Thanks to the performance of bars in Hong Kong, China and Singapore remain the two regions tied for most number of bars overall (12 a piece). Venues from South Korea, Taiwan, Japan, Thailand, Malaysia and the Philippines account for other entries on the list.

First introduced in 2016 as an extension of The World’s 50 Best Bars list, Asia’s 50 Best Bars is a comprehensive ranking of the most popular and exciting drinking dens throughout the region. Each venue is ranked according to total number of votes, made by members of the Asia’s 50 Best Bars Academy. The Academy itself is composed of individuals from 14 Asian countries — reflecting the diversity of drinking experiences around the region. Members include personnel from hotel cocktail bars, speakeasies, tiki lounges and venues specialising in beer & wine. The list is collated and published by William Reed Business Media (owners of The World’s 50 Best Restaurants imprint).

You can view all of Asia’s 50 Best Bars below — venues located in Hong Kong are highlighted in boldface and asterisks denote new entrants to the list:

46. The Other Room (Singapore)