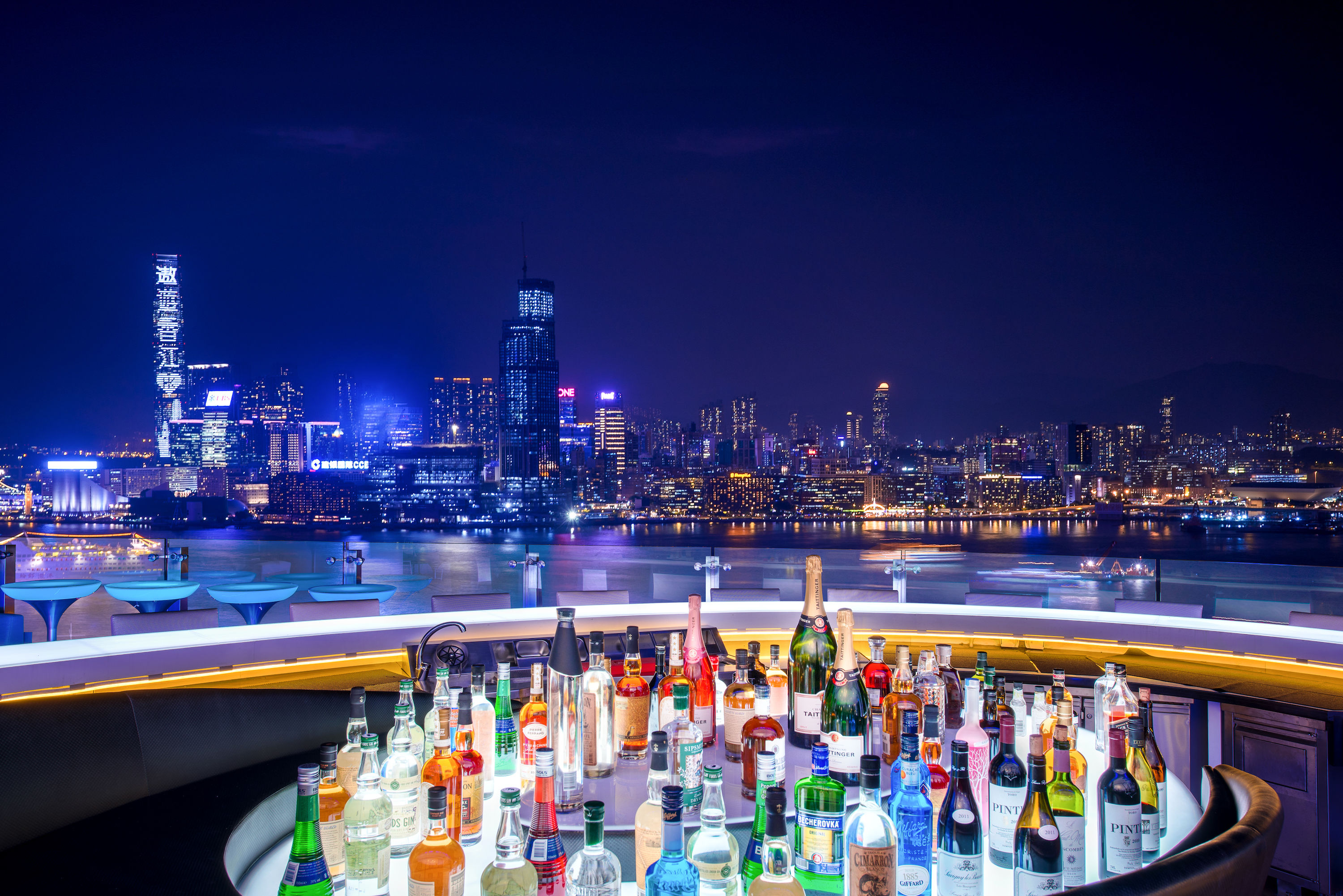 Love it or hate it, New Year’s Eve will soon be here. Whether it’s your favourite party night of the year a night you dread, it’s time to get planning. After all, don’t you want to say goodbye to 2016 in style? We’ve selected 10 NYE parties to appeal to a wide range of tastes. Whether you want to go all out or have a (relatively) quiet night of enjoying a live jazz band, one of these New Year’s Eve parties will be right for you. 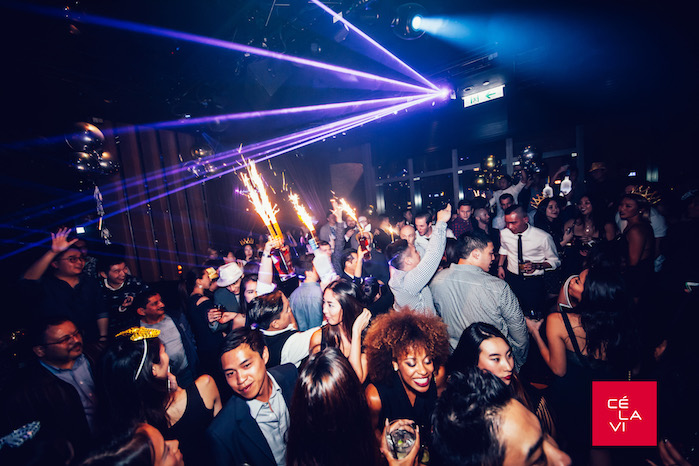 Come 31 December, Central’s highest venue, Cé La Vi, takes on a sophisticated, monochromatic theme for you to toast to the new year. Two dinner seatings are offered, with the later session allowing you to keep your table for the countdown festivities as the restaurant transforms into a lounge with live DJs and bottle service. But if you’re just looking for the ultimate club experience, HK$488 gets you a house pour or a glass of Champagne at the club lounge, and access to the restaurant lounge after midnight. HK$888 gets you full access to all three floors at Cé La Vi, including the Sky Deck with gorgeous top-floor views of the city. Get tickets here. Bring out the cheongsams and fedoras, because VEA is counting down to 2017 by turning back the clock with some sophisticated Shanghainese stylings at its 29/F lounge. You can catch both indoor and al fresco vibes at this venue, and the HK$680 (or HK$600 until 24 December) ticket gets you the ultimate free-flow package with cocktails, shooters, spirits, wines and beers, a glass of Champagne during countdown, and canapés from VEA’s Michelin-starred kitchen at midnight. Go with a group of five and up and you’ll also get a complimentary bottle of Perrier-Jouët Champagne. Reserve your tickets by emailing lounge@vea.hk. 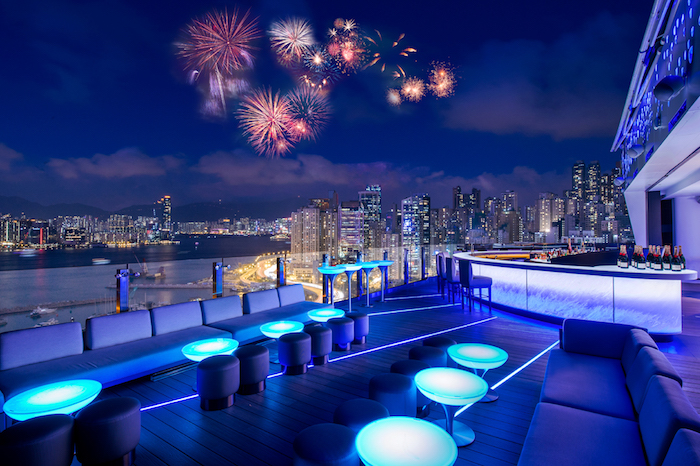 Following its complete facelift, The Park Lane Hotel’s roof bar Skye boasts the best views of the harbour if you’re looking for a classy spot to see the countdown fireworks as well. Standing tickets for the DJ countdown party go for HK$500 per person, which includes two drinks between 10pm and 2am. For an even higher vantage point at the hotel’s rooftop garden venue, and at just HK$600, you can get two hours of free-flow wine and canapés between 10pm and 12:30am. Give the hotel a call to reserve your spots. If you’ve still got some flared jeans in your closet you’re in luck: Music agency FuFu and Mahalo will be teaming up once again to celebrate 2017’s arrival with its beloved disco theme, for an old-school night of — what else? — disco, as well as funk, hip-hop and R&B. You’ll be able to catch the midnight fireworks from Mahalo’s 29/F terrace, so toast up on Taittinger Champagne (just HK$500 a bottle the whole night) or cocktails (HK$100 each) and get ready to party into the early morning. Tickets cost HK$350 and include one drink; get them here. 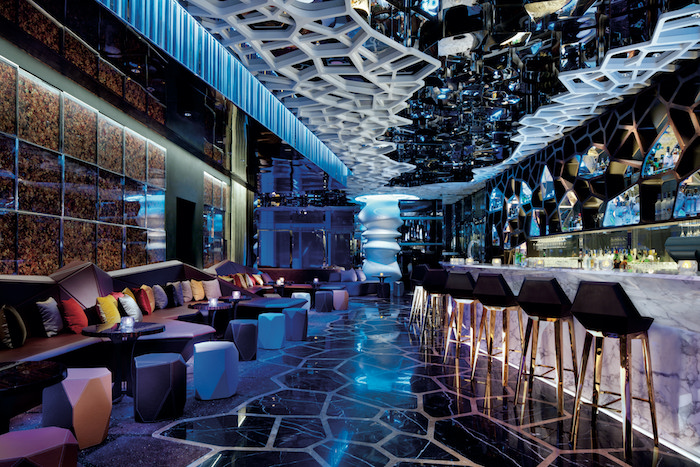 It might not be the only party channeling the 1920s this New Year’s Eve, but Ozone’s glitzy surrounds and location will guarantee you’re ringing in the new year at the top of the world. International DJs will be spinning live tunes well into the night, plenty of bubbly will be flowing, and the view of the fireworks will be perfect — what better way to celebrate? Tickets cost HK$820, including two glasses of Dom Pérignon, and are available here.

Vintage Hollywood Party at The Optimist and Pirata Holding court at the ground and top floors of 239 Hennessy Road, The Optimist and Pirata will be harking back to classic Hollywood glamour for their New Year’s Eve festivities this year. Imagine an affair with dancers, celebrity lookalikes, vintage carnival popcorn machines, photo booths and more. The two restaurants will be offering a spread of Spanish and Italian favourites for a standing cocktail dinner from 7pm; with free-flow drinks until 2am, it’ll only set you back HK$1,488. Looking for purely free-flow libations leading up to countdown and after? HK$788 gets you unlimited drinks from 10pm–2am. Tickets are available here or by emailing info@theoptimist.hk. 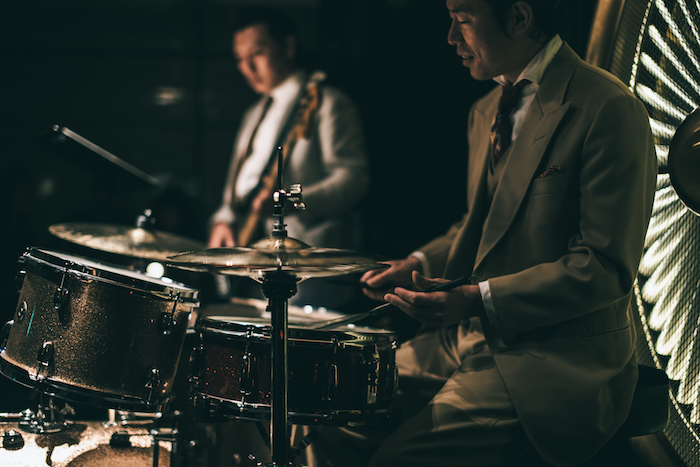 This not-so-secret speakeasy will once again be flying in esteemed jazz band Bloodest Saxophone from Tokyo to serenade you into the new year as you imbibe on a pretty amazing free-flow package: HK$680 includes Japanese whisky highballs, premium spirits, wine and beer, as well as a glass of Champagne for countdown. Band performance starts at 10:30pm; get tickets here.

Glow in the Dark at Vibes 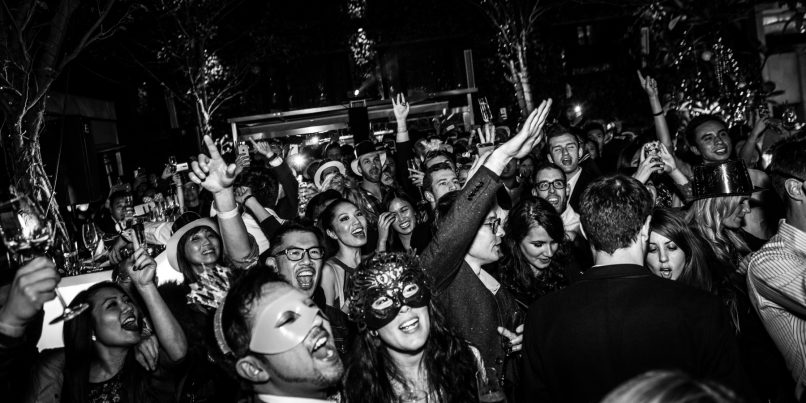 All about atmosphere and ambience? The Mira’s beloved ‘secret garden’ venue will do the trick, if the name doesn’t already suggest otherwise. Hosting a glow in the dark–themed countdown party this year, there’ll be plenty of fluorescence floating through this party haven. For HK$898 (until 24 December), you can take advantage of its awesome four-hour open bar package, unlimited barbecue dishes all night, live DJ tunes by Cliché Records, plus a Champagne countdown toast with a three-piece live band. Private cabana also includes luxury canapés and Dom Pérignon Champagne to toast to the new year, and are available starting at HK$12,888 for 10 tickets. Get tickets here or by emailing dining@themirahotel.com.

The Fiasco at Carbone 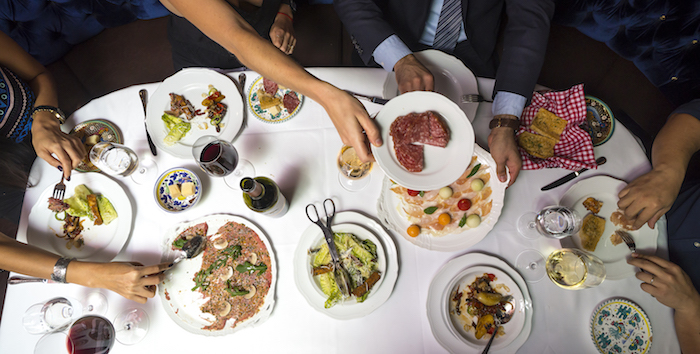 Stepping through the door at Carbone brings you back to mid-20th-century New York, when portions were big, wine flowed liberally and Frank Sinatra was the king of cool. For HK$1,000 per head, you can revel in a delicious, possibly gut-busting, classic Italian-American affair with plenty of drinks for a raucous party all the way past midnight. Doors close at 8:30pm. Reserve seats by emailing thefiasco@carbone.com.hk.

The Great New Year at Zuma 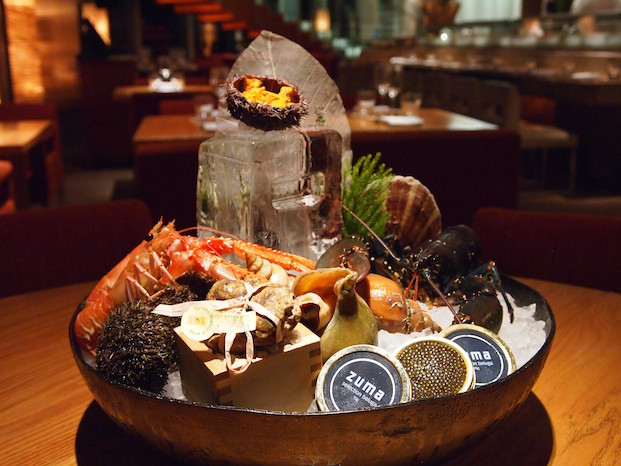 Zuma’s going with the tried-and-true Gatsby theme for New Year’s Eve, with a live four-piece band performing 1920s jazz and DJ KidGweilo on the decks to keep the party going late into the night. A ticket (from HK$880 until 25 December) gets you free-flow Champagne, Zuma’s fantastic cocktails, wine, sake and beer, as well as canapés until 1am. At the stroke of midnight, a Nebuchadnezzar (15L) bottle of Champagne will be popped to celebrate the brand new year. Get tickets here.

Parties Nightlife New Year's Eve New Year's Eve 2016
Evelyn Lok
Managing Editor
When not trying out the latest beauty and wellness trends, Evelyn is likely enjoying a perfectly balanced negroni or exploring some of Hong Kong's best new places to eat and drink. At Lifestyle Asia she covers everything from the biggest events in town to interviews with Hong Kong specialists, with topics spanning art, food and drink, health, tech, and travel.
Beauty Wellness Events Art Drinks
Sign up for our newsletters to have the latest stories delivered straight to your inbox every week.