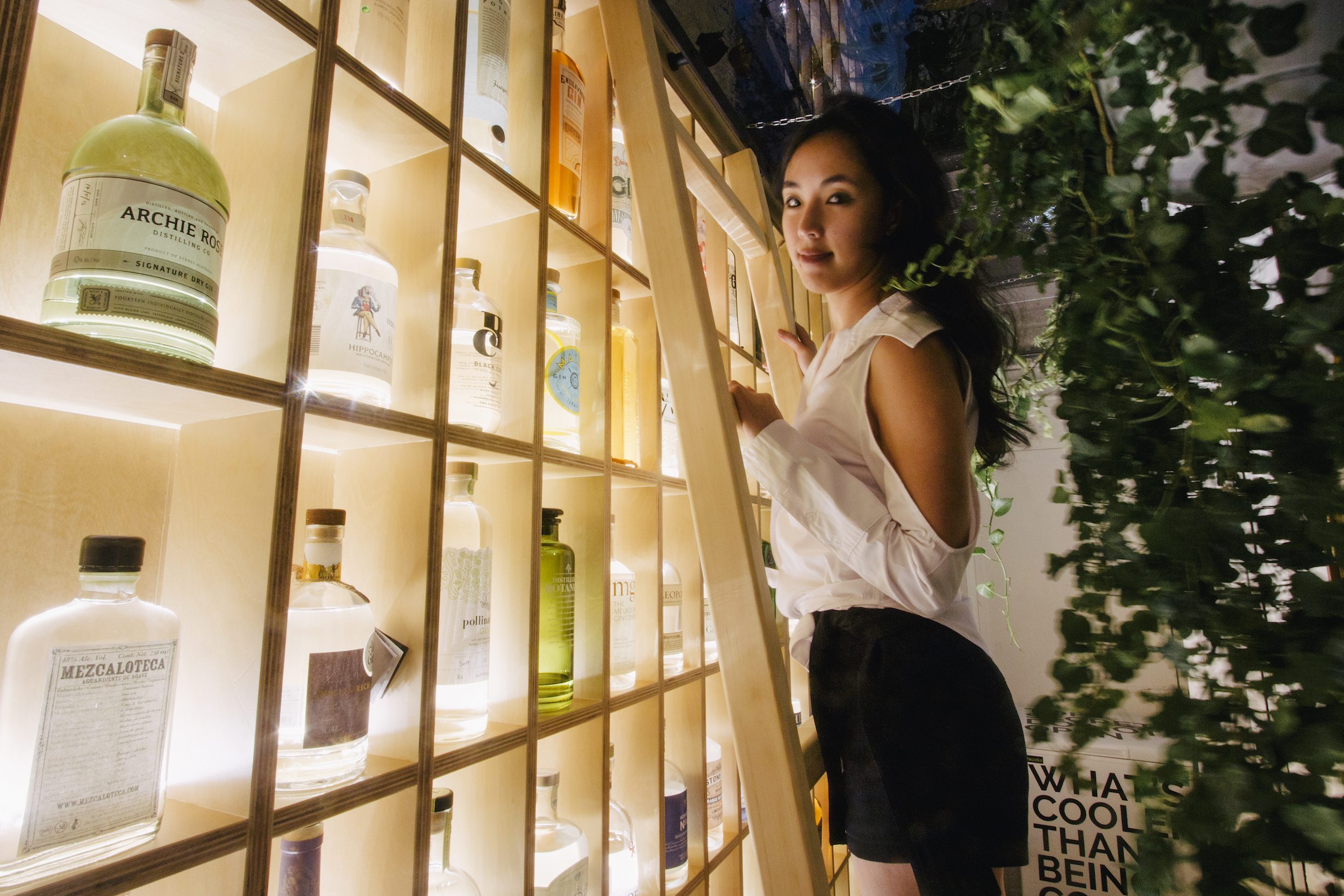 Hong Kong’s bar and cocktail scene has grown by leaps and bounds in recent years, and while the quality of drinks has reached a new level, there are still few places that focus on digging deeper into spirits education and appreciation. That’s set to change this month as Victoria Chow launches The Woods’ Annex, a hidden bar aimed at promoting the art of spirit appreciation through industry-expert panels, guided tastings and workshops.

One of the leaders of Hong Kong’s craft cocktail movement and founder of the perennially popular The Woods and Kwoon by The Woods, Victoria Chow is also an avid proponent of spirits education — something she finds is greatly lacking in Hong Kong. It was this gap in the market that spurred the idea for the new space: “Through our tastings at The Woods’ Annex, we hope to impart our knowledge of spirits to elevate our guests’ enjoyment of their drink, and to develop a more adventurous palate,” says Chow.

Accordingly, The Woods’ Annex aims to attract clientele who care increasingly about the provenance and craftsmanship of their beverages, while also giving them the opportunity to discover unfamiliar spirits and engage in deeper discussions with the people behind the bar and the producers behind the spirits.

Modelled using the concept of a private kitchen, The Woods’ Annex is an 8-seat bar hidden behind Kwoon by The Woods, which sells Hong Kong’s first artisanal canned cocktails and launched earlier this year. The intimate tasting room will stock a range of rare, artisanal spirits, giving customers a chance to broaden their drinking habits and learn more about the techniques, heritage and craftsmanship behind the spirits — much in the same manner as wine education. By demystifying the world of spirits — with a focus on gin, rum, tequila and whisky —  Chow hopes to expand the palates of both beginners and aficionados alike.

Following in the footsteps of Chow’s other projects, the design of The Woods’ Annex oozes style and sophistication: a minimalist aesthetic with plenty of foliage and light wood to create an urban oasis. A backlit plywood counter spotlights the various rare spirits sourced by Chow, reflecting over 300 spirits from large distillers and independent producers from around the world.

Rare bottles will each be tagged with their own “library card,” revealing the history of previous drinkers. Meanwhile, the “Travelling Corner” will feature unique bottles that are not currently available in Hong Kong, sourced from industry friends of The Woods. The eclectic spirits can be purchased in standard bottles (750ml) or in specialty small pours (100ml). A small retail showcase will allow guests to browse home-bar tools and equipment, spirits, and Kwoon’s canned cocktail selection before entering the Annex.

Visitors can look forward to an upcoming lineup of talks from spirits producers including Matt Magliocco, President of the family-owned Michter’s bourbon; Jesse Estes, founder of Ocho tequila; and Mika Lipiäinen, CEO and Founder of Kyro Distillery gin. Whether you’re a serious spirits aficionado or just looking to expand your basic knowledge, the Annex is sure to give you a more well-rounded repertoire to draw from and impress the next time you’re out drinking with friends or colleagues.

Keep an eye on The Woods’ Annex website for a list of upcoming talks and workshops. Bookings are by appointment only and can be made here.

Hong Kong Drink Bar Bars Dining Cocktail Bars The Woods Victoria Chow The Annex where to drink hong kong hidden bars where to drink Kwoon by The Woods The Woods Annex cocktail appreciation spirits appreciation the art of spirits appreciation the art of cocktail making best cocktail bars
Leslie Yeh
Editor in Chief
Having worked as a lifestyle editor for almost 10 years, Leslie is thrilled to be writing about the topic she loves most: wining and dining. When she's not out pounding the pavement for the latest new restaurant opening or tracking food trends, Leslie can be found at home whipping up a plate of rigatoni vodka and binge-watching Netflix with a glass of Sauvignon Blanc in hand.
Dining Restaurants Food Trends Drinks Travel

Sip In Style: Glenfiddich and Mr Porter collaborate on a limited edition whisky