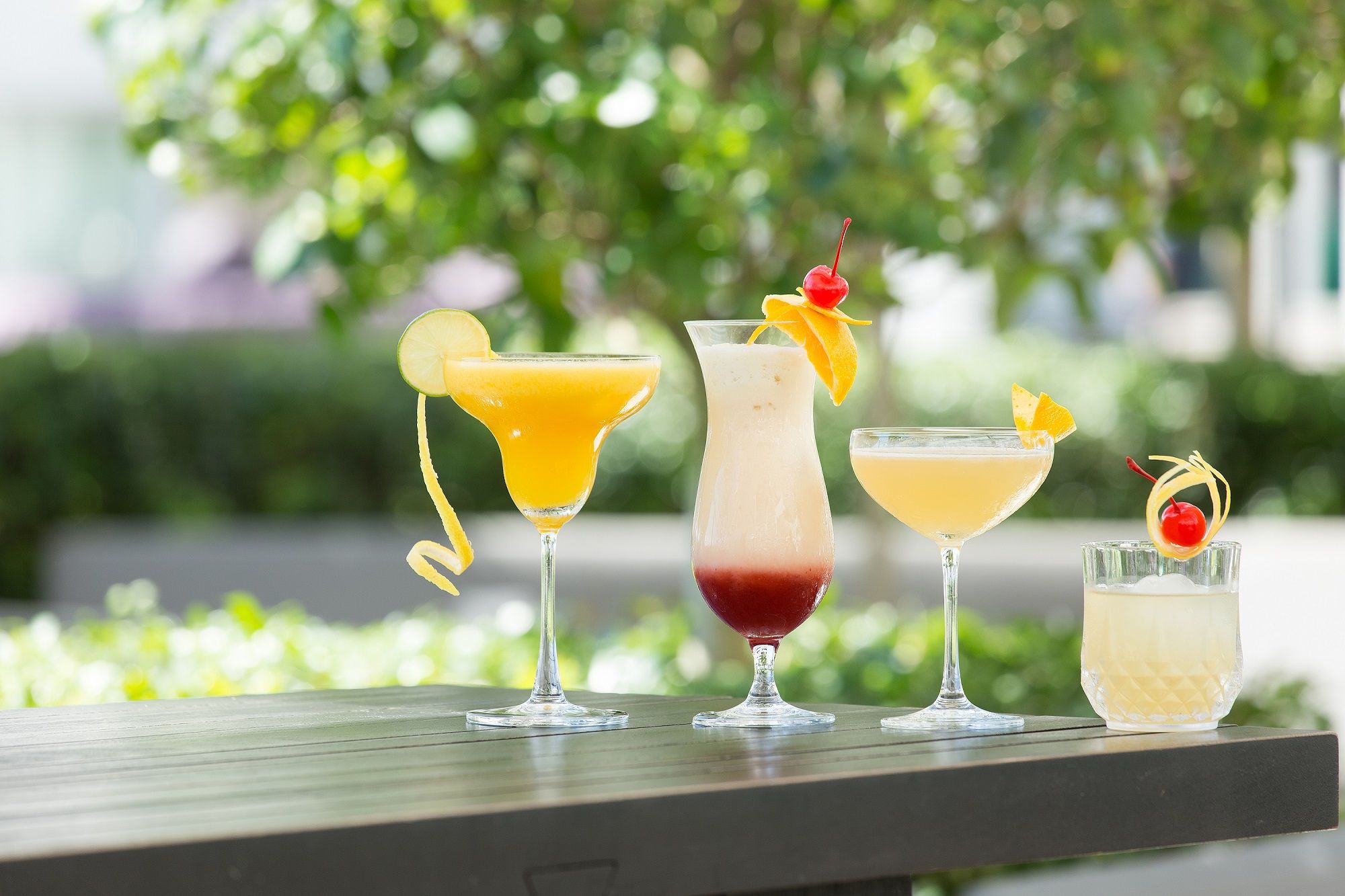 Where to drink in Hong Kong this August

One of Hong Kong’s many positive qualities is that you never have to look very hard to find a good drink. Not only do we have a wide array of watering holes, from dive bars to posh cocktail dens, but we also have, every month, new cocktail menus, pop-ups featuring world-class mixologists, and, of course, new bar openings. That’s the purpose of this monthly column: to keep track of everything for you. We’ll be focusing solely on new drinks and drinking spots here, but if you want a list of our favourite bars of the moment, look no further than our Hot 10. Without further adieu, here’s where you should be toasting and tippling this month. Having debuted in Hong Kong last year, The Bar Awards returns to our fair city this month to quench your thirst with more than a dozen events taking place from 14–20 August, culminating in a ceremony that gives awards in 12 categories to top bars and bartenders. Highlights of the week include events at NEO Cocktail Club, Lily & Bloom, Foxglove, Aberdeen Street Social, and Employees Only. Note that some events are only open to F&B industry professionals, but it’s going to be a very fun week nonetheless.

Download the schedule of events here. More info at The Bar Awards. This month, master mixologist Antonio Lai is set to launch six new cocktails in collaboration with The Coffee Academics. Reasonably priced at HK$78 for a small cocktail and HK$88 for a large cocktail, all six offerings will, unsurprisingly, be coffee-based. We’re looking forward to sipping on the Morning TCA (coffee, pandan syrup, gin, rosso and pandan leaves) and the TCA Espresso Martini, a concoction of vodka, espresso and Kahlua coffee liquor. The cocktails will be on the menu at most TCA locations on an ongoing basis from Monday 7 August. 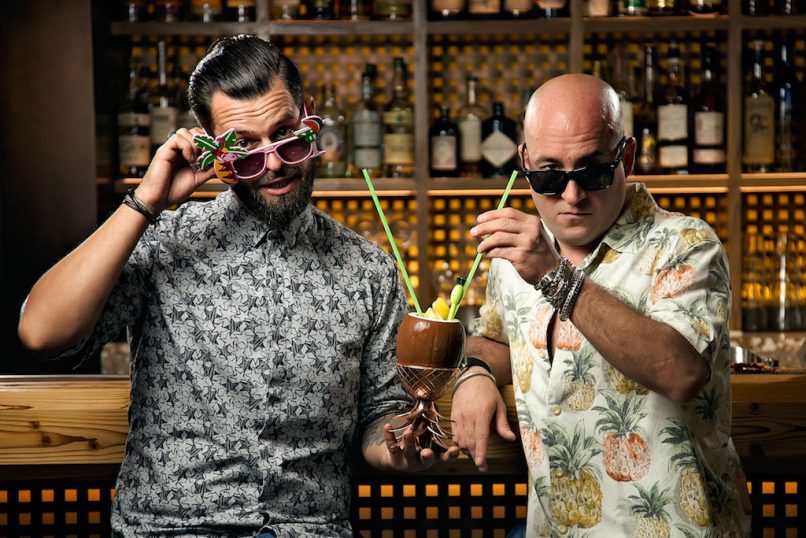 This Thursday (3 August), get ready for a taste of the tropics as Beef & Liberty bar manager Pawel Mikusek, Honi Honi owner Max Traverse, and chef Uwe Opocensky team up to bring you island-inspired drinks, bites, and tunes. Mikusek is creating five variations of the Piña Colada (from HK$90 each), which will be served alongside  Opocensky’s gourmet tacos (HK$68–$88), with fillings including lobster, pork, and corn. The pop-up party kicks off at 5pm, making it the perfect excuse to dip out of work a bit early for some cheeky sunset drinks. 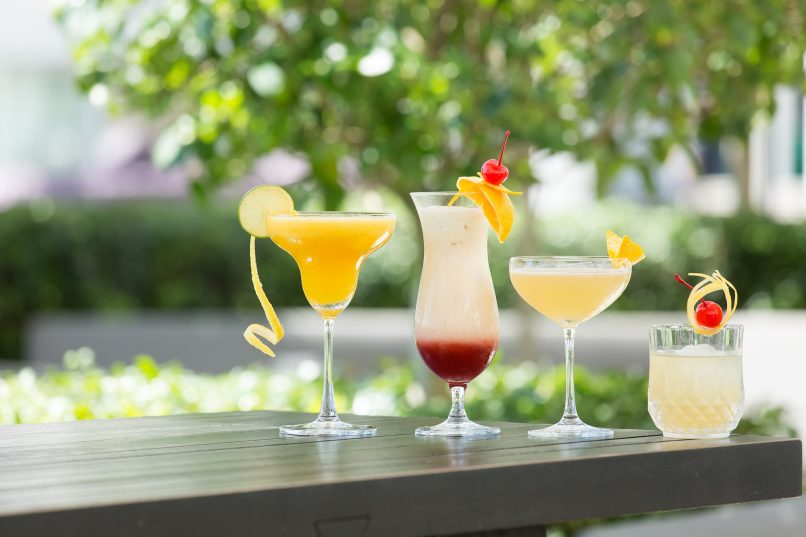 Yes, it’s hot outside, but there’s still something nice about having an al fresco drink or two, especially when it’s on the expansive terrace of Cafe ÉPURE. To help you beat the summer heat, they’ve introduced five new summer coolers and five mocktails as well.  If you need a break from shopping at Harbour City, we’d suggest grabbing a seat on the terrace and ordering a Lava Flow, a classic Piña Colada made unique with the addition of strawberry purée. 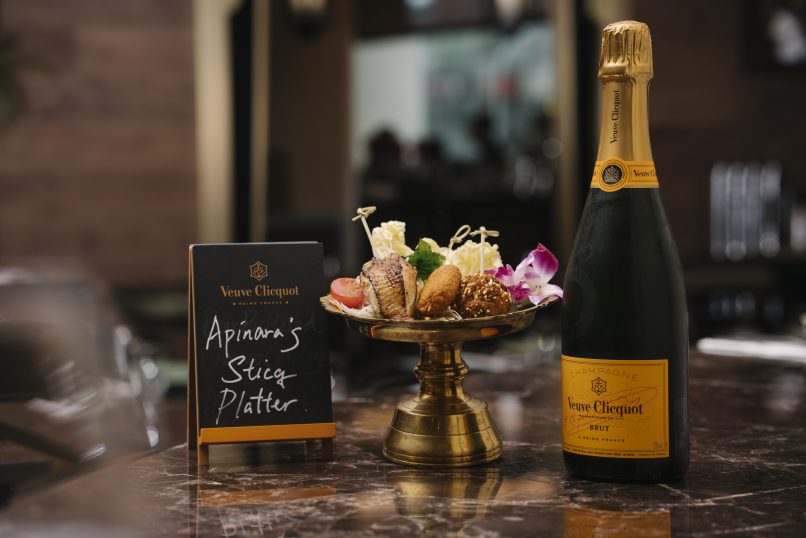 Beginning 10 August, Fang Fang will introduce its weekly Singapore Sling happy hour from 5–7pm, every Thursday, during which you can enjoy new versions of the classic cocktail crafted by bar manager Gagan Gurung — with complimentary canapés, to boot. That same day, Jay Khan will also do a special guest bartending shift. Formerly at Foxglove, now a brand ambassador for Rémy Cointreau, Khan will stir and shake up drinks behind the Fang Fang bar from 6–9pm. 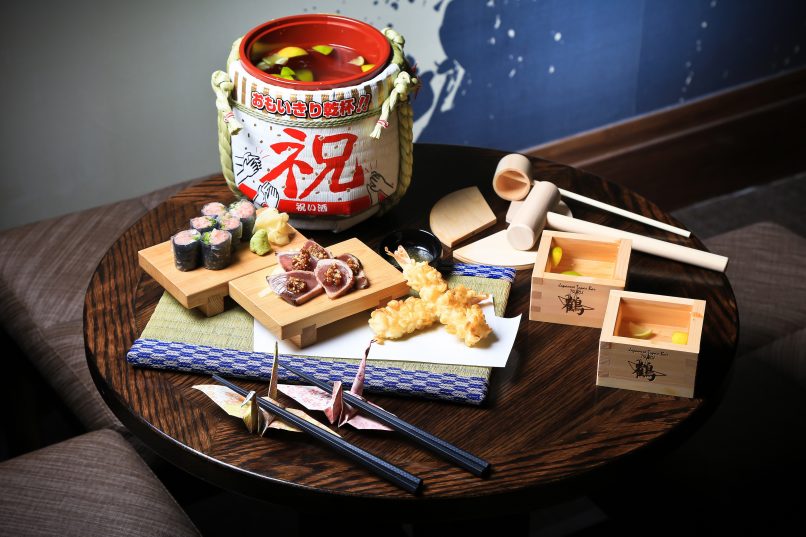 We’re big fans of the drinks made by Japanese mixologist Katsuhisa Hirakawa at this laid-back Wyndham Street spot, so we’re looking forward to trying his new seasonal cocktails and sangrias, including the Sakura Mojito (HK$120) and a Negroni made with sake (HK$130). If you want to try something fun with a group, go for the Sake Daru Sangria (HK$500 for 1 litre), a blend of two sakes with umeshu and Japanese citrus fruits. Served in a traditional sake daru, you’ll be asked to crack open the wooden lid of the vessel for good luck before you start drinking. And if you want some snacks to go with it, an additional HK$200 gets you servings of shrimp tempura, seared bonito, and a negitoro roll — the perfect amount for 4–5 people.

In last month’s column, we reported on new cocktail bar The Old Man, which was slated to open by the end of July. They didn’t quite happen, but the space is undergoing its finishing touches and should open any day now. Whisky lovers only have a few days left to experience the Black Rock pop-up at Frank’s Library (inside Foxglove) — it ends on 5 August. Champagne lovers, meanwhile, shouldn’t skip out on the Krug x Mushroom promotion available at several top restaurants around town this month — see the full list of participating venues in our original report.

Drinks Cocktails Wine Drink Bars Antonio Lai Dining Veuve Clicquot Alcohol Krug ÉPURE drinking The Coffee Academics Hong Kong Bars where to drink hong kong where to drink Yellow Hours fang fang Where to Drink in Hong Kong the bar awards The Old Man Black Rock Cafe ÉPURE
Michael Alan Connelly
Head of Digital Content
A Chicagoan by birth and a New Yorker by habit, Michael has more than a decade of experience in digital publishing at leading titles in the U.S. and Asia. When he's not checking out Hong Kong's newest restaurants and bars or jet setting around the globe, you'll find him hanging out with his dog Buster and enjoying an Aperol Spritz.
Travel Hotels Restaurants Cocktails Culture Italy Art Music Cheese
Sign up for our newsletters to have the latest stories delivered straight to your inbox every week.