Where to drink in Hong Kong in January 2019

If your stomach has settled from the copious alcohol intake from Christmas and New Year’s parties, you can toast to a fresh start this 2019: From vibrant cocktails showcasing artisanal tequila to ‘Tea-tails’ at newly minted Cantonese lounge Shè, here’s where you’ll want to sip away your post-holiday blues this month. The InterContinental Hong Kong’s resident mixologist Sabrina Cantini-Budden has stirred up new drink menus showcasing artisanal and craft spirits every two months. First up (available through to the end of February) is a spotlight on Tequila Cabeza, a label made by El Ranchito Distillery, a fifth generation family-owned agavero that has been making its own tequila for the last three generations. An assortment of classic and newly created cocktails (HK$195) are now available, ranging from the Margarita Cabeza and La Paloma to the watermelon-juice-based The Vivanco and the Insta-friendly Blooming Skull, a refreshing, tart cocktail topped off with champagne.

Opening this month as the first-ever gourmet space within Lane Crawford in Hong Kong, Shè is more than just a place to rest your feet between shopping sprees. Boasting an alfresco terrace with terrific harbourfront views paired with contemporary Chinese cuisine, there’s also a well-considered cocktail menu inspired by Shanghai’s golden age in the 1930s, characterised by its melting pot of French, British and American influences. Drinks are glitzy and theatrical, featuring premium spirits paired with tea, such as the Cha Cha Matcha (HK$118) with Courvoisier XO, Mancino Vermouth Ambrato and matcha tea, or the Tea Room (HK$128), made with Mancino Vermouth Chinato, Zacapa 23 years and Chinese tea. Crisp and juicy cochinillo and steamy seafood paella may be the name of the game here at Sueño, a neighbourhood Spanish tapas joint that opened early last year — but you’ll want to pull up a chair for its recently launched Pintxos Happy Hour from 3–7pm weekdays, with free pintxos for every drink ordered. Your stomach (and liver) will thank you, with the mouth-watering selection of traditional Basque country bites — think moreish brochettes with gambas, anchovies, jamon and more. We’re powering into the new year with even more appreciation for boutique luxury spirits, and this new whisky bar is right up the alley of any premium liquor aficionado. Named after the 36 copper stills used at The Macallan’s new distillery, the Thirty-Six features a fabulous curation of top shelf whiskies, as well as several creative twists on the ubiquitous highball. True whisky collectors and connoisseurs will also be able to store their bottles at the bar’s own vault. The bar is set to open this month. SoHo’s beloved red sauce joints Posto Pubblico and Linguini Fini have just welcomed their new younger sibling in the form of two-storied Frank’s Italian American, an ode to classic familial hospitality and hearty Italian American fare. Aside from bar pizzas and Southern Italian street food, you can also look forward to an expert, yet unfussy cocktail list in its casual, jazz-era-inspired digs. From Amaro Daiquiris (HK$98) to classic Old Fashioneds, cocktails are made to be quick-drinking, easy on the wallet, and excellently crafted — as legendary barman Harry Craddock, who penned the Savoy Cocktail Book, quipped, cocktails should be consumed “quickly, while it’s still laughing at you.” 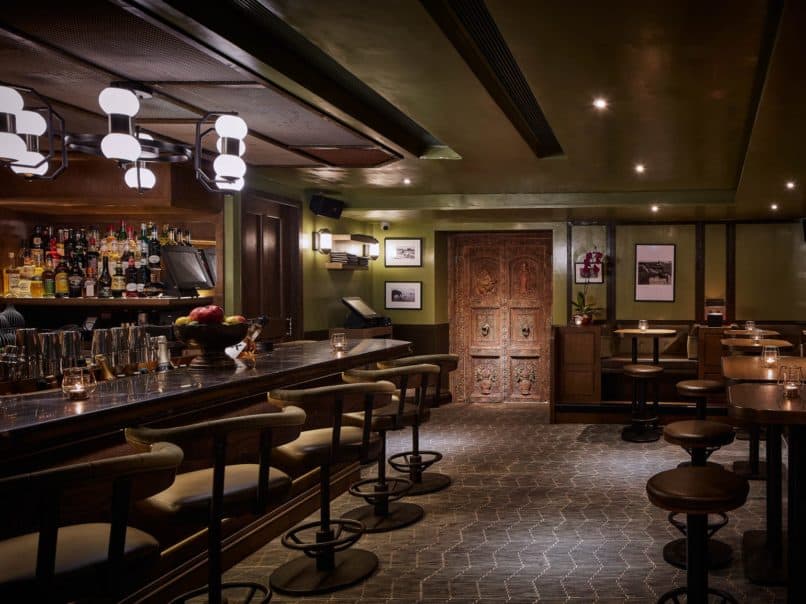 Located in the heart of buzzing Central, recently opened British-inspired bar Hugger Mugger (and Chaiwala, serving modern Indian fare behind its doors) has been quick to draw in the thirsty after-work crowds. The daily Happy Hour (5–7pm) offers classic cocktails for just HK$50 apiece — choose from Negronis, Caipirinhas, Whisky Sours and Margaritas — or HK$60 for a house crafted cocktail, such as the Aam Wala, pairing bourbon with fragrant curry leaf; or the Wala Spritz, featuring sage green tea kombucha with vermouth. As you fuel up for the evening, don’t sleep on the bar bites, with mouthwatering items such as Bombay Fried Chicken, fried Cheese Chaska balls and more, again all for just HK$50 each. On Fridays and Saturdays, stay through 9:30pm when they’ll bring a DJ on the decks, injecting club beats with a distinct Bollywood flavour — the perfect upbeat atmosphere to kick off an exuberant weekend. Bottle service will also be available for those looking for a great night on the town. With our heads turned towards things that are a little more artful and considered this year, our eyes are on this unique concoction at Zuma, created in collaboration with Nido Asia Art Space. Artists Andy Yeh and Joey Leung have created gorgeous new kokeshi, or Japanese handmade wooden dolls, as brand new cocktail vessels for the new art-inspired Geijutsu cocktail menu. As usual, Zuma’s cocktails feature some of the most uniquely crafted ingredients rarely found anywhere else. Try the Kokeshi: Johnnie Walker Black Label with becherovka, yuzu, almond and strawberry oleo saccharum (that’s a 19th century method of extracting citrus oils using sugar); or the Karami, with gin, passionfruit, honey, lemon, apple topped off with a punch of chilli. 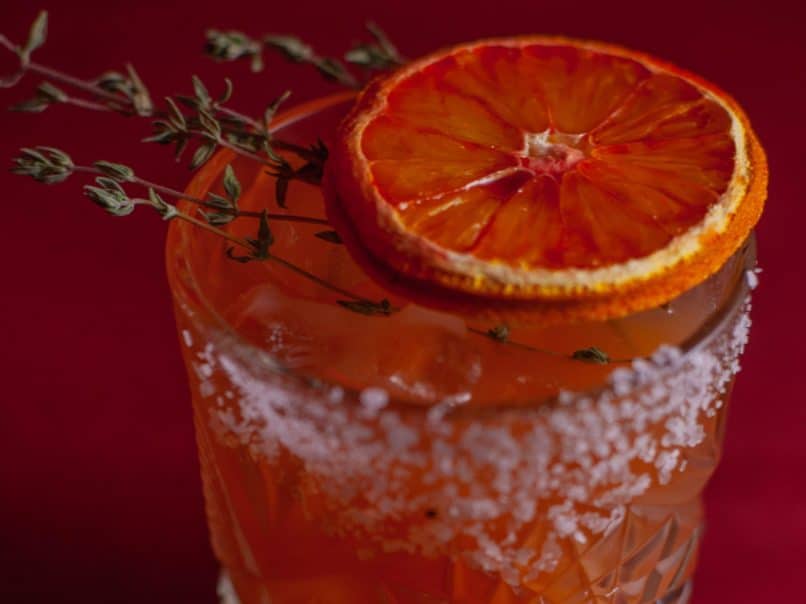 Baby, it’s cold outside (like 15-degrees-in-Hong Kong-cold, which is COLD) so do your best to warm up with a new range of winter tequila cocktails at Los Sotano. El Moro (HK$130) gives you a boost of Vit C with its dose of fresh lime, blood orange, thyme and winter fruit syrup with orange liqueur paired with Ocho Blanco tequila. For those who like to pack on the heat, try the Forbidden Fruit (HK$140), which uses Sichuan peppercorn-infused Casamigos Blanco tequila, apple juice, cinnamon spice syrup with pineapple tepache and Scrappy’s Firewater Tincture for a clean tang on the tongue. For lovers of the smokier notes of mezcal, try the Cortés Sour (HK$150), which pairs Quiquiriqui mezcal with fresh lime, agave, egg white and red wine — served flaming right in front of your eyes. 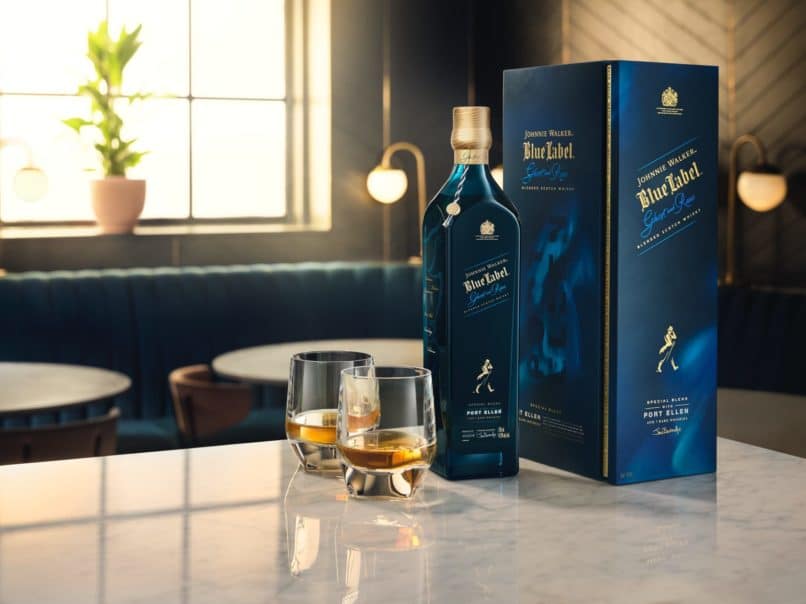 Johnnie Walker Blue Label is often branded as the true connoisseur’s choice, but the recent special release, the “Ghost and Rare” series, takes ‘ghost’ whiskies taken from long-closed Johnnie Walker distilleries into gorgeous and history-steeped expressions. The latest limited edition, Port Ellen, is named after the distillery of the same name, located on the water’s edge of Kilnaughton Bay, which shuttered its doors in 1983. Sourcing a highly sought-after Islay single malt from Port Ellen, the blend incorporates seven other rare ghost whiskies from Johnnie Walker Blue Label reserves — pairing creamy, vanilla layers to waxy citrus and tropical notes, all rounded out with the distinctive maritime smokiness of Port Ellen itself. Want to try a drop of the stuff for yourself? Head to Ozone high atop the Ritz-Carlton Hong Kong for a taste of John Walker & Sons prestige whiskies and cocktails during its limited-time pop-up. 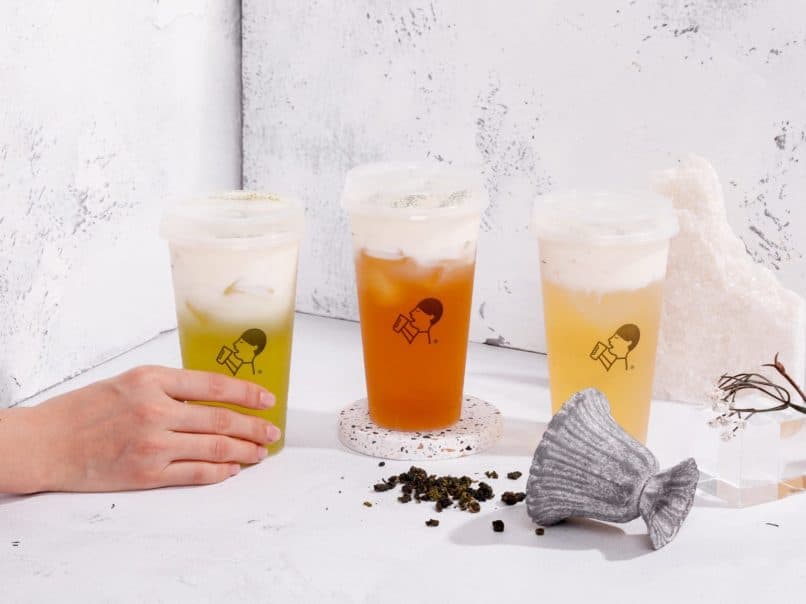 Alright, we’re not all boozehounds here at Lifestyle Asia. In fact, we’re incredibly excited for the first Hong Kong outpost opening of HeyTea, Shenzhen’s renowned bubble tea joint — a brand so popular across China that it’s already inspired plenty of imitations here in the months ahead of its official opening. Its first Hong Kong outpost opened its doors on Christmas Eve at Sha Tin’s New Town Plaza, where dedicated fans inevitably queued through the mall for a long-awaited sip of HeyTea’s prized cheese foam-topped “Cheezo” tea range. For cheese-averse sweet tooths, there’s also the Hong Kong exclusive of an eggette roll sundae, pairing milk tea-flavoured ice cream with the crispy, satisfying street snack. Those who don’t want to trek to Sha Tin can wait for the roll-out of HeyTea’s second branch, expected to open soon in Causeway Bay.

Slurp’s Up! The 6 best boozy slushies in Hong Kong

Where to drink in Hong Kong this September 2021