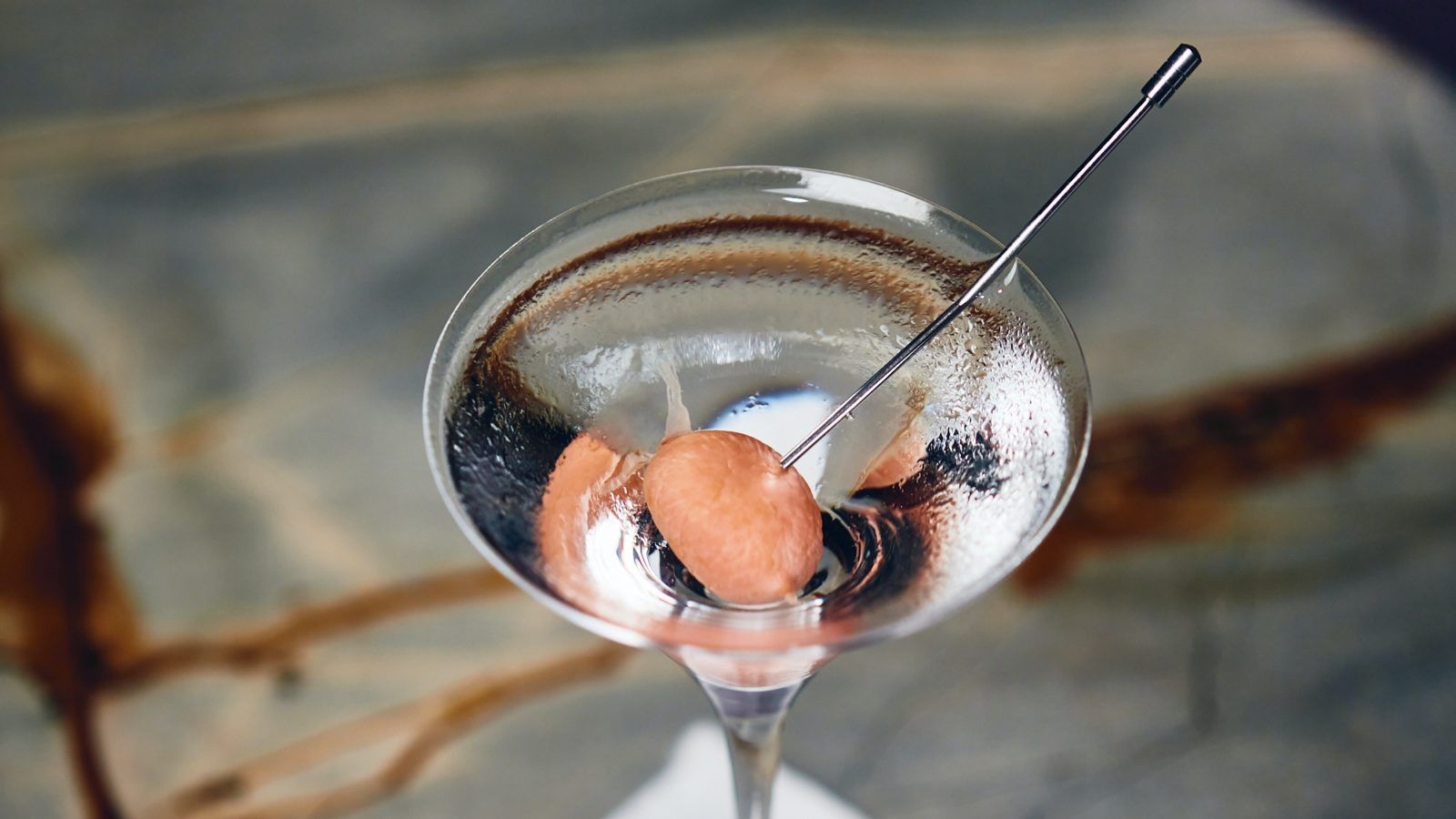 Where to drink in Hong Kong in June 2022

Very considerate cocktails that do their job in offering a quick refresher. Here’s where to drink in Hong Kong this June.

Summers in Hong Kong usually lean more towards insufferable humidity and torrential downpours than evening bonfires and long, lazy days at the beach — in June anyway. While we despairingly look ahead to another weekend filled with grey clouds, seek comfort — and shelter — at some of the city’s favourite watering holes where beverage programs are being refreshed and renewed by endlessly creative bartenders as we speak. With so many hidden bars and speakeasies tucked away safe from soaring temperatures, it’s exactly what you’ll need to survive a Hong Kong June.

Bottom’s Up! Where to drink this Summer Season:

You might also like…
Food & Drink
New Restaurants: Where to eat in Hong Kong this June 2022
Food & Drink
“Cocktails of Asia” is Holly Graham’s love letter to Asia’s bar scene

When local distillery Two Moons created Five Flowers Tea Gin in collaboration with The Pottinger’s speakeasy Room 309, it was a limited edition make, concocted after the traditional Chinese herbal tea known for its detoxifying, heat- and fatigue expelling properties. One year later, the earthy gin is out from the archives with a revamped new formula featuring five types of florals — frangipani, chrysanthemum, silk cotton, honey suckle and self heal — and a week-long showcase of four dedicated cocktails attached to mystical theme of crystal healing at Room 309.

Designed to be chosen with your own natural energy, the “menu” is drawn from a blind mystery bag of crystals that correspond to your intended tipple according to the “flower of life” grid. Rose Quartz, a sweet, pretty-in-pink mix cultivates self love with pear juice and ginger cordial; Citrine boost motivation with a tropical mix of passionfruit puree and pandan syrup; Aventurine dives deep in search of inner courage, starting sweet with natural sugarcane and fresh kale before finishing on a peppery note of green chartreuse; while Clear Quartz offers a unobscured taste of the Five Flowers Tea Gin, a classic G&T simply with a dash of Fever Tree Indian Tonic.

Bar manager Karlton Cheung at Woo Cheong Tea House typically gravitates towards traditional Chinese teas — jasmine, osmanthus, pu’erh — when conceptualising the beverage selection at the contemporary, ex-The Pawn venue. The selection you’ll find here are familiar cocktail classics tweaked with a distinct teahouse twist: classic negroni shaken up with refreshing sweet chrysanthemum; while Old Fashioned discovers a new ally in the deep, herbal notes of pu’erh. The menu continues with Lap Sang Sour, Osmanthus Fizz and a daiquiri stirred in with jasmine. All in all, a worthy addition to the city’s endless carousel of tea-based cocktails.

Like the vibrant plates that roll out of the authentic Burmese kitchen, Club Rangoon’s cocktail selection is the continued showcase of Burmese heritage and culture — a close-to-heart curation for bar manager Hnin Pwint Aye. The Poetics of Pantry, a riff on Gaston Bachelard’s The Poetics of Space, is the latest all-new, seven cocktail range that explores quintessential pastry staples in everyday Burmese homes and the particular memories they evoke. Typical ingredients of cauliflower, milk tea (laphet-yay), chai spices and homemade tamarind are renewed in intimate concoctions named after specific moments: 3pm in Rangoon (tea culture), 19th Street (address of Bago Market) and Ma-Gyi-Thee (a well-loved fruit).

Nestled up above Margo in a cosy mezzanine nook is martini-bar-slash-speakeasy Kyle & Bain, where head mixologist John Nugent and bar manager Lee Morris have introduced an all-new beverage program inspired by era-defining cocktails; now returned with a distinct K&B twist. Thematically separated into four categories named after notable institutions, the rotating list of creative libations — anchored by a heady list of spirits — begin with Timeless dedicated to those enduring, well-trodden recipes, followed by El Dorado Gambling Saloon which looks back in time towards a particular Blue Blazer created by Jerry Thomas, the godfather of modern cocktail, in 1848 at the San Francisco bar of the same name. Zipping forward to 1960, Playboy Club is, understandably, Hugh Hefner’s infamous club that first opened in Chicago’s Gold Coast; and finally Rainbow Room, a glamorous venue patronised by New York’s dazzling elite during the ’80s to ’90s. Amongst tempting, familiar pours of Moscow Mule, Cosmos and (Not The Diplomat) Gibson are, of course, the bar’s signature martini makes — starring one with Lychee and another, with Cold Brew.

Hong Kong where to drink hong kong Room 309 Twenty Fifth Hour Club Rangoon Kyle and Bain Woo Cheong Tea House
Lorria Sahmet
Editor
After two years writing in luxury retail, Lorria now covers food and drink happenings in Hong Kong. When not taste-testing for the best fries in the city (shoestring, always!), find her cosied up at home skimming through Netflix or nurturing baby plants in her indoor greenhouse. She is happiest by the ocean with a giant fishbowl-glass of Aperol Spritz.
Food Drinks Culture Living Hong Kong
Sign up for our newsletters to have the latest stories delivered straight to your inbox every week.