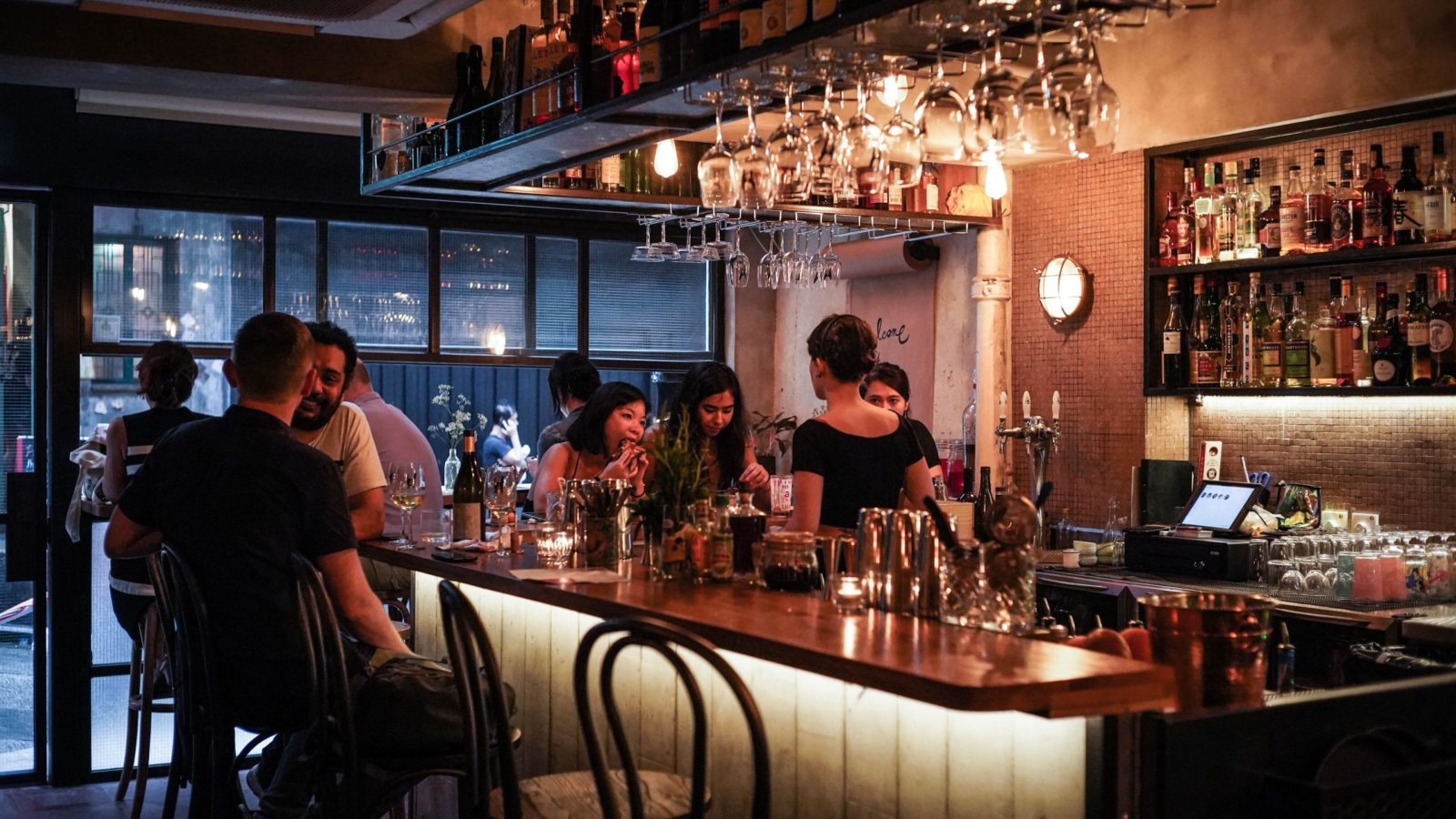 Where to drink in Hong Kong in March 2020

The last few weeks have heralded the bona fide arrival of spring. As temperatures climb into the mid-20s — and in spite of ongoing public health concerns — slowly but surely, a sense of renewed optimism is returning citywide. Happily, that mood extends to your happy hour escapades: below, check out where to drink in Hong Kong this March.

You may also like…
Food & Drink
Review: Julien Royer reimagines the farm fare of his youth at Louise
Food & Drink
Handpicked: Shelley Tai shares how to make her star anise winter cocktail for the holidays

Julien Royer’s chic French eatery — serving excellent casual bistrot fare at non-casual prices — is always an appropriate choice for a 5pm rendezvous but come 4 March, it’ll be absolutely essential. Proprietor JIA Group are holding their annual ‘International Women’s Day’ celebration at the venue, where guests will hear from distinguished female leaders from a wide range of industries. Cocktails on the evening (mixed by a star-studded cast of the city’s best female bartenders) will be themed around Lillet, with all proceeds going to Teen’s Key: a not-for-profit dedicated to supporting teenage girls, sex workers and victims of abuse.

A recent (if ill-timed) addition to the city’s drinks scene, House Welley is the brainchild of three local enthusiasts who sought to open “the best whisky bar in Hong Kong”. Not unlike its competitors who profess the same credentials, this CBD hideaway specialises in independent producers and original bottlings. For drinkers who love a good vertical, be sure to stop by later in the month: on the 17th and 21st, the House Welley team will be showcasing four of Lagavulin’s sought after ‘Feis Ile’ drams (produced between 2007-2010).

Forever immortalized in The New York Times as “[that restaurant] where the world’s chefs want to eat”, Yardbird is fighting back against the economically depressive effects of Covid19 with an all-new lunch menu. Undoubtedly, a delicious helping of rice, ramen or chicken katsu (take your pick) is improved infinitely by the matching beverage menu. Swing through this month for a guaranteed afternoon pick-me-up in the form of cheap beers on tap or a Suntory kakuhi (both priced at HK$46).

Sunny days and comfortable humidity mean that a flurry of activity is returning to Peel Street, and nowhere is that sensation more concentrated than at Shady Acres. The cool-as-hell, laissez faire wine bar has proved uniquely resilient to recent Coronavirus woes — likely due to fantastic initiatives like the ‘break even bottle’. This month, Mike, Ryan & co are putting a couple of bottles of Cvicek on blast. This unique blend of red and white grapes — a national favourite in Slovenia — is available by the glass (HK$20). With its low ABV and zesty acidity, it’s “uncomplicated fun rather than a life-changing culinary experience”. Sounds good to us.

There’s certainly no shortage of newer, sparklier bars in Central to choose from, yet month-on-month Quinary — Antonio Lai’s Hollywood Road institution — can be relied on to deliver new notes in your alcoholic routine. To celebrate the full-blown onset of warmer weather, Lai & co will be serving the ‘Sweet Spring Picnic’ throughout March (limited to 10 orders daily). Somewhere between a winter warmer and conventional champagne cocktail, it’s built using Veuve Clicquot and then layered with peach liqueur, Cocchi Americano, and gin that Quinary’s mixological madmen have infused with caraway seed.

Following an exceptional performance at Asia’s 50 Best Bars last year (where it debuted at 18th place overall) The Wise King returns for 2020, with a new and improved ‘Revived 2’ cocktail menu. Beginning mid-March, drinkers will be able to sample no less than three additions to the menu: the R&R negroni (HK$128) is made with the house’s elusive blend of rhubarb and raspberry flavoured gin; there’s a claypot-aged variation of the original Olla de Barro (now made using white vermouth); and, for frequent guests in the court of The Wise King, the popular El Sabio (HK$118) returns — but with a twist.

Drinks where to drink hong kong Food & Drink
Randy Lai
Editor
Having worked in the Australian digital media landscape for over 5 years, Randy has extensive experience in men's specialist categories such as classic clothing, watches and spirits. He is partial to mid-century chronographs and a nice chianti.
Style Watches Drinks Tailoring Travel