Where to drink in Hong Kong this November 2021

It’s November, which means we’re now pre-gaming for the holidays. A pre-cursor to the mulled wines and creamy eggnog I’m bound to spend the next month waxing lyrical about (stay tuned for the gift guides, reader; many to come), this month’s slew of libations run the gamut, from CBD-infused serves to tipples inspired by the one, the only: Hunter S. Thompson.

Cheers to the penultimate month of 2021 with these new drinks in Hong Kong:

You may also like…
Food & Drink
Where to eat in Hong Kong this November 2021
Food & Drink
Run This Town: Candour brings hip-hop (and orange chicken) to Peel Street 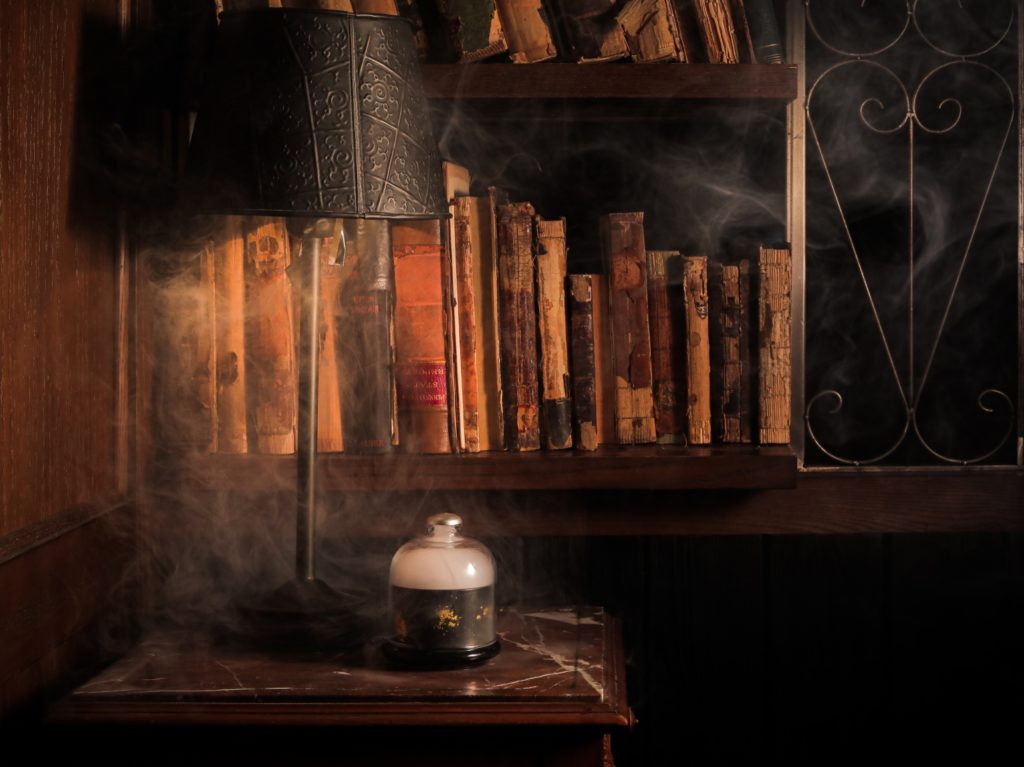 Look — we’re big fans of Stockton here at Lifestyle Asia Hong Kong. This specific menu, which honours the speakeasy’s namesake Hunter S. (Stockton!) Thompson, was mentioned not once, not twice — but in three separate Best Sips mentions. To recap, just in case, “Creativity of Sins” is a 12-drink libations itinerary that journeys through Thompson’s incredible life; one riddled with the very worst of sins — and the very best of times. From Better Than Sex (HK$105), roused by the book he authored with the same titillating name and God Damn Gatsby (HK$120), a retrospective on Thompson’s delinquent adolescence, to a personal favourite, Gonzo (HK$135), the menu’s take on the Blood Mary, the Thompson breakfast of choice, “Creativity of Sins” is a loving, indulgent, ferociously researched homage to a man with vices, yes, but wow — what a life. 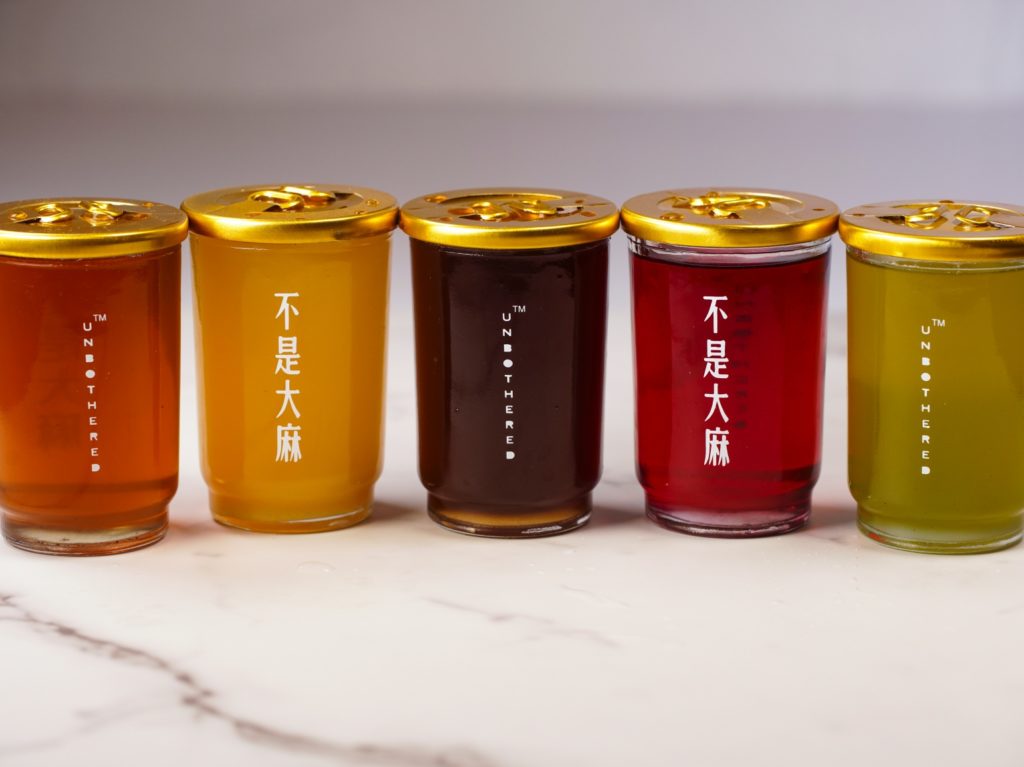 Having opened its doors at the tail-end of October, Unbothered — holding court at where The Coffee Academic’s Lan Kwai Fong space used to stand — is Hong Kong’s first dedicated CBD bar. Unbothered’s entire menu contains dosages of 15mg to 30mg of CBD.

“With a mix of alcohol, wellness, art and music, we hope to be an oasis in the heart of Lan Kwai Fong,” says founder Connie Lee. “We hope to help break down the stigma surrounding CBD products.”

Aside from cocktails, Unbothered also offers a lunch menu and CBD-infused teas. 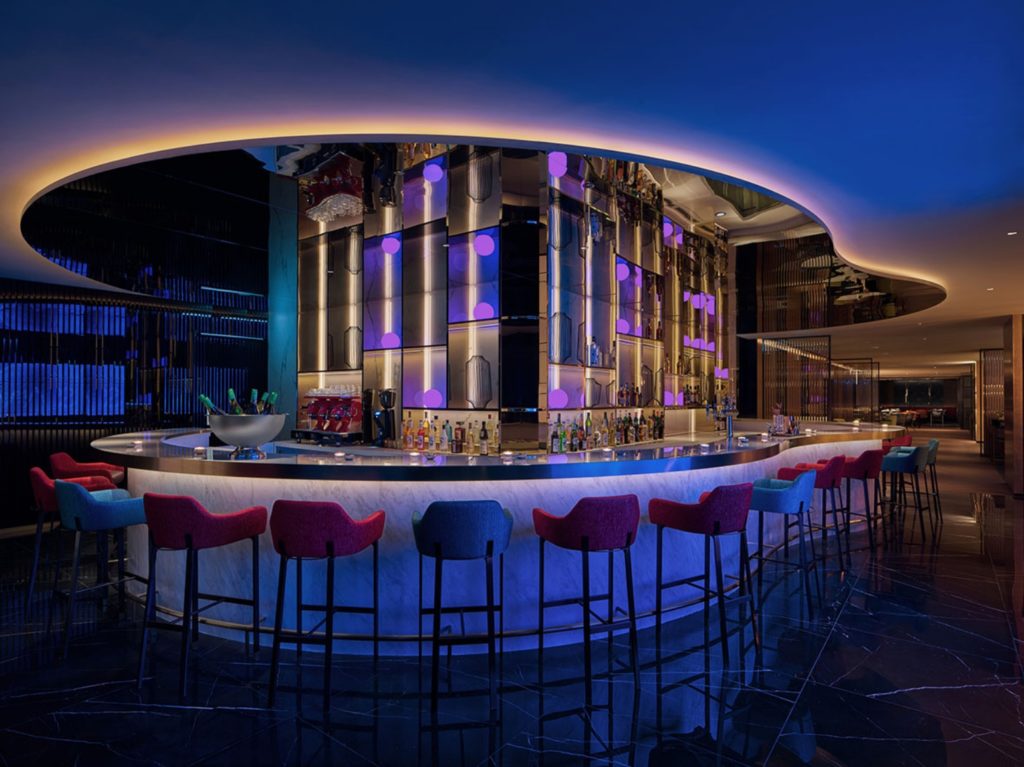 Touted as Hong Kong’s “newest contemporary lifestyle dining destination”, Prince Hotel’s SAVVY combines the machinations of three separate zoned areas: a restaurant, a lounge and, for the specific purposes of this column, a bar. By daylight, SAVVY’s marble-backed cantina functions as a noodle bar, with Penang Assam Laksa and Sichuan Dan Dan Noodles as stand-outs on the menu. By nightfall, the bar makes good with its designation and racks up the ABV, with French, Italian and New World wines available to order — along with an extensive cocktail drinks list including sherry oak barrel-aged cocktails designed by the resident mixologist. 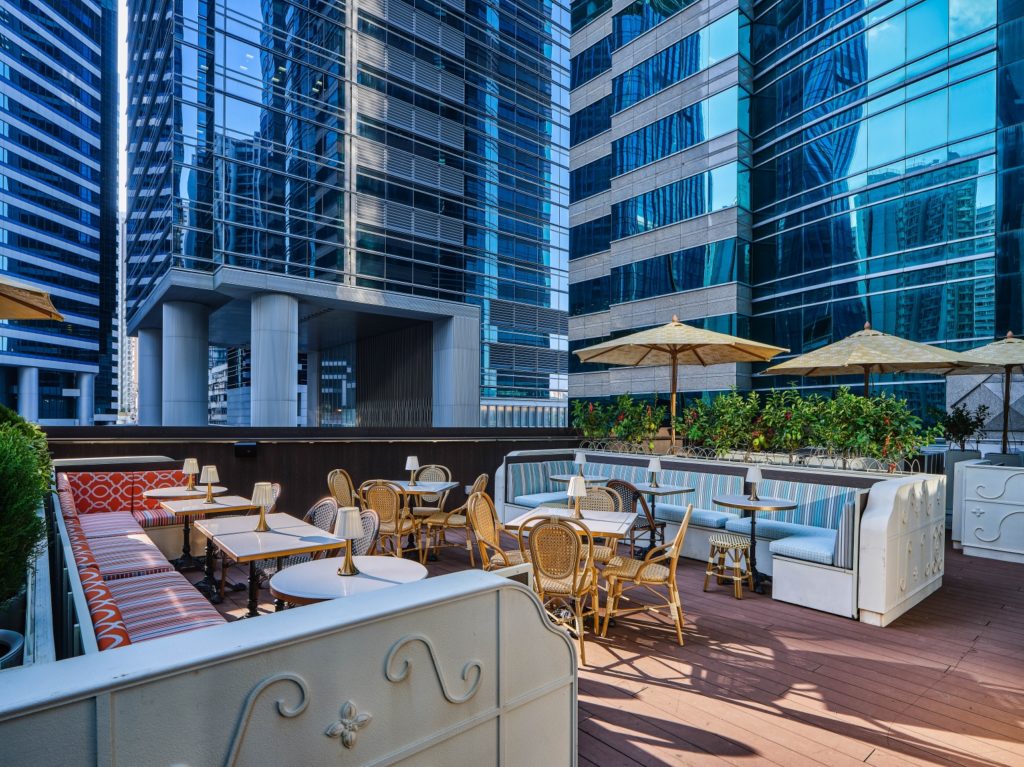 Pirata’s mammoth endeavour, The Sixteenth, includes four restaurants within one development in Oxford House, Taikoo Place. Tempo Tempo, one out of four, holds court as one of Hong Kong’s largest outdoor terraces; an al-fresco terrazza meant to evoke a specific il dolce far niente tenor. Or, “the joy of doing nothing”. We’re in.

Tempo Tempo is named for the unit of measure at which music is played, which intends for guests to linger, to enjoy and to while time away with stiff glasses of sundowners — think bubbly champagne cocktails, Aperol spritzes and zesty sours — in hand. Have some Italian pizzetta, crostino and cold cuts, too, if you’re feeling peckish between drinks.

If there’s a party in your future, reservations for Tempo Tempo are available for parties of over ten guests. 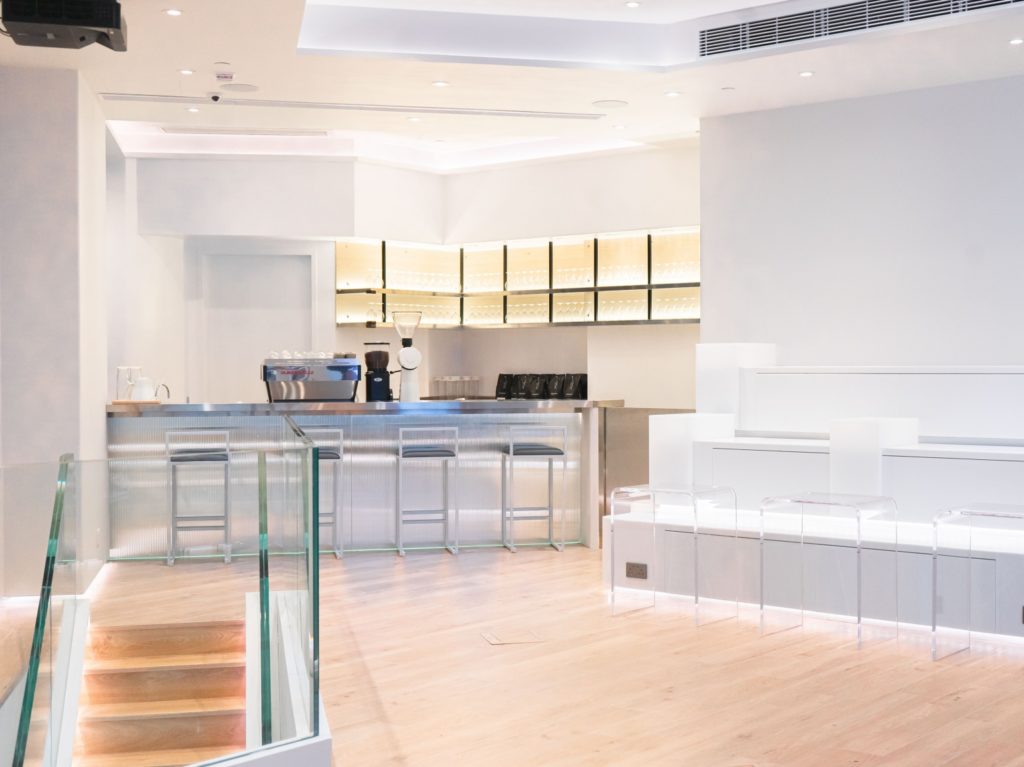 Just in case you need yet another coffee spot in Causeway Bay, Preface Coffee & Wine’s brand-new flagship — a sprawling four-storey, 5,000 square-foot venue located directly across from Times Square — officially opened its doors on 7 November. Not just coffee, the multi-hyphenated space combines several different functions: as a café, with Preface-exclusive black honey-processed coffee from Indonesia; as a wine bar at sundown, with a selection rendered from biodynamic farming (Editor’s note: Alcohol will be served from December!); as a restaurant, with a rotating day to night menu designed by Head of F&B Ambrose Chiang including bites like Classic Chicken Consommé with Vegetables (HK$40); and, of course, with the brand’s signature coding workshops at the flagship’s topmost level. 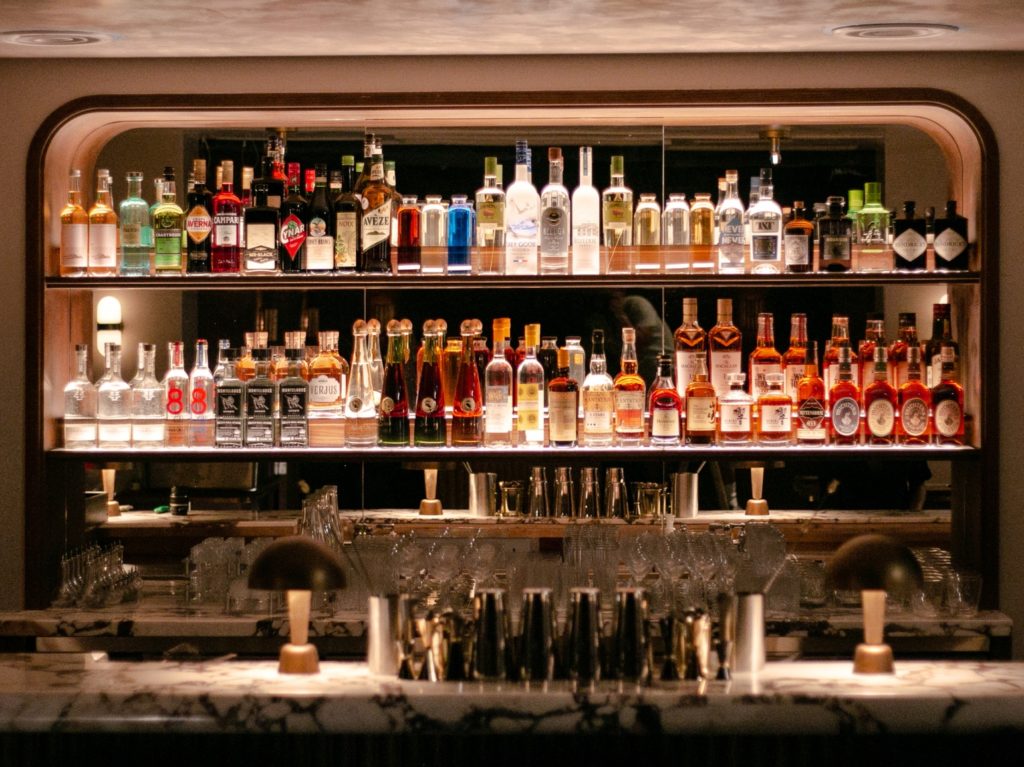 If you’re more gold-chained hip-hop than Spotify’s “Today’s Top Hits”, Common Abode’s Candour — a dark, handsome bar-lounge concept seated on the slopes of Peel Street — might just be your cup of tea. Or, you know, your shot of straight tequila. Away we go.

Candour’s artisanal drinks programme, designed by beverage consultant Chanel Adams, is akin to a libations-filled EP; a track-list of carefully-concocted tipples named for landmark hip-hop references, including E.A.R.L. (HK$128), in homage to the late DMX’s autobiography and The Chronic (HK$128), an ode to the man, the legend: Dr. Dre. If you’re feeling peckish between tracks, order up bites like Orange Chicken (HK$88; our Editor-in-Chief’s erstwhile Best Bite) and an Octopus Hot Dog (HK$148). Then, resume dancing. 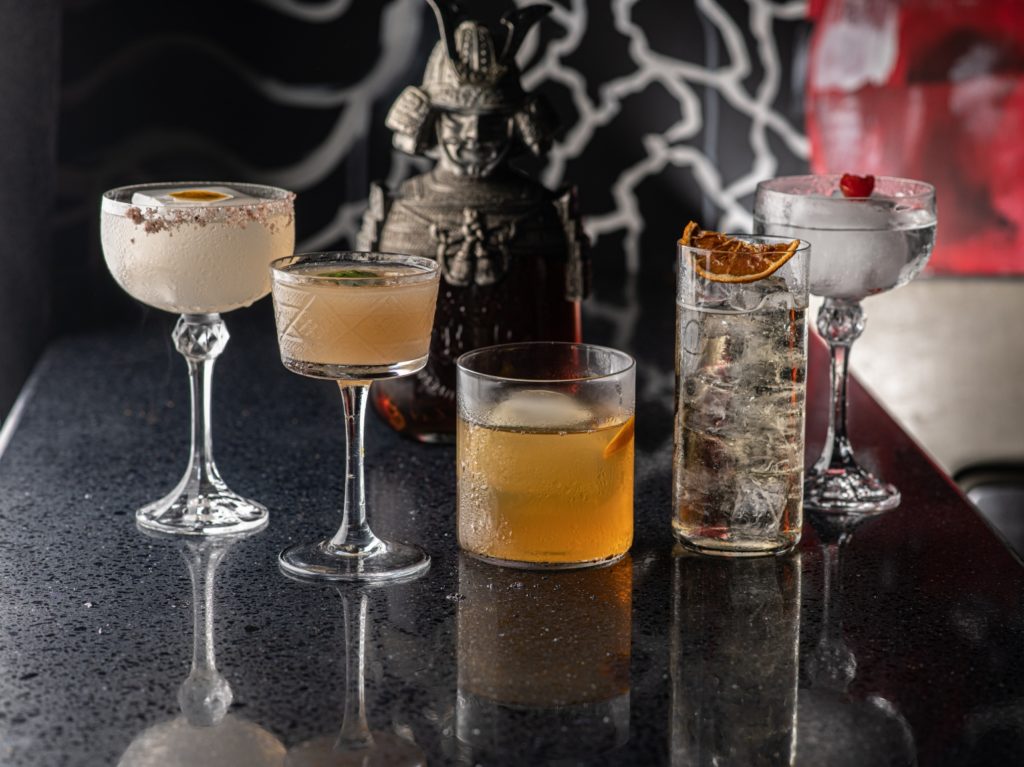 From a theatrical sake bar housed within Brooklyn Yakuza to Oyabun, the same establishment’s Manhattan-inspired cocktail bar-lounge, there are many, many drinks to be had at Wyndham Street’s newest opening. Oyabun (translated as “supreme leader of the yakuza clan”) combines influences from both named geographies, with Japanese ingredients and flavour profiles like sake, sochu and umeshou infused into classic American libations.