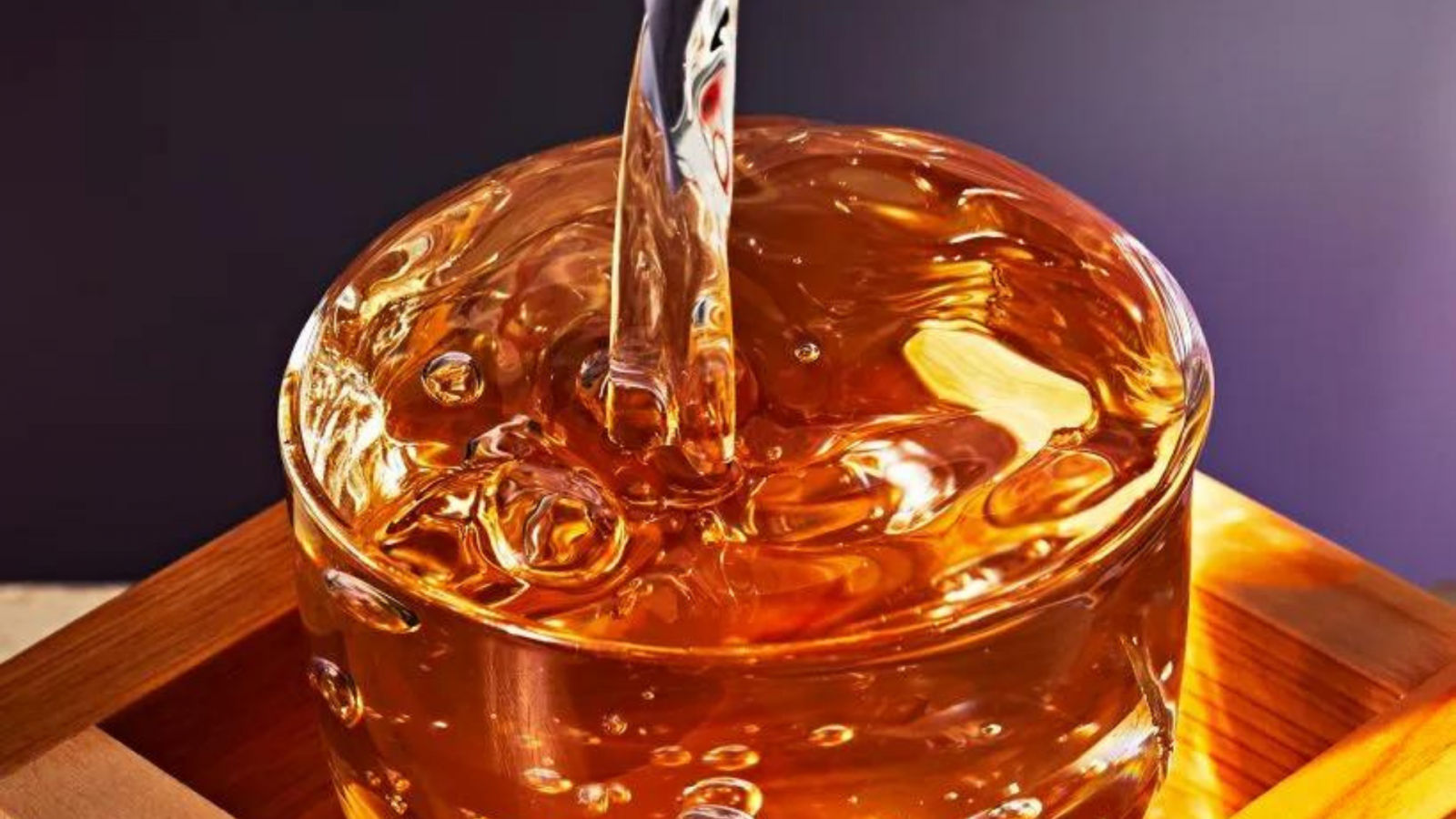 It’s clear. It’s made from rice. Its flavours don’t recall those of wine, or beer, or spirits distilled from grain. The labels are often beautiful and calligraphic but (for anyone who can’t read Japanese) are also often inexplicable. And yet, for all this, sake is more popular in America than it’s ever been before.

The reason behind Sake’s popularity

What’s driving this surge? Possibly, as people search for unadulterated things to drink, it’s a growing awareness that artisanal sake is as unadulterated as you can get. Nothing is used to make it except rice, water, yeast, and koji, which is rice inoculated with a natural fermentation culture. Possibly it’s been the housebound boredom of the early pandemic. At Sakaya in New York City, one of the best sake stores around, co-owner Rick Smith says, “Our business grew enormously during the pandemic. People wanted to learn new things, or else they were exploring different foods and wanting to try sakes with them.”

But even with all the new interest, there’s no question that sake can sometimes be baffling. At Vestry in NYC, wine director Irene Miller says, “Sake definitely confuses people, so they’ll look to me for help, which I love giving.” She adds that knowing its technical intricacies isn’t remotely a requirement for liking it: “How many people really care if the rice has a 40% polish versus 50 percent?” At F&W, we’d guess that’s about the same number of people who really care whether the pH of a wine is 3.2 or 3.5. Be a wine or sake geek if you like—more power to you!—but seriously, geekitude is never a requirement for enjoyment.

And the truth is, many people’s initial sake experiences are underwhelming, to say the least. Alyssa DiPasquale of The Koji Club in Boston says, “You know, cue the sake-bomb montage at your local college sushi joint.” Along similar lines, Austin Power of Manhattan’s Accidental Bar says, “We’ve all had that terrible hot sake moment, right? But that’s not its fault. What if someone said, ‘Would you like to try wine?’ and then gave you some overly sweet, low-quality wine they’d zapped in the microwave? Wouldn’t that create a weird first experience?”

To help people out of their sake wariness, Power uses a kind of matchmaking approach. He’ll ask, “If you were at a dive bar, what would you be drinking right now?” Suppose the answer is tequila with lots of lime. His response: “Great. You’re OK with a little texture, but you’re all about flavour; you’re not opposed to brightness and acidity.” Then he’ll pour a glass of Kaze no Mori, a texture-filled junmai muroka nama genshu. “This one’s like someone spiked the punch at prom,” he’ll tell them.

Nor is he alone. Sake-focused restaurants and bars all over the country are trying to make it less daunting. Both NYC’s Tokyo Record Bar and In Between Days in St. Petersburg, Florida, re-create Tokyo-style “listening bars” complete with cinematic lighting and impressive vinyl collections. The idea is to put sake into a relaxed, fun ambience. “Sake is intimidating because people don’t know where to start,” says Jessica Joly, Tokyo Record Bar’s sake sommelier. “A cosy environment is a great place to get accustomed to sake because it’s all about coming here and having fun and being open.”

US brewers have also caught the sake bug. Brooklyn Kura, in Brooklyn, has become one of the best US sake makers, arguably the best, in just a few short years. Its top sakes can go head to head with good Japanese bottles. But brewer Brandon Doughan also gets to break more rules than Japanese sake makers do. For example, he recently released a sake co-fermented with Chardonnay in collaboration with Brooklyn’s Hound’s Tree winery. “Alex, their winemaker, drove up in a U-Haul with 130 gallons of Chardonnay juice. We pumped it through the window here, and I treated it like it was going to be a daiginjo sake.” If nothing else, it’s definitely an off-the-wall concept, which Doughan admits. The point is the experimentation. “I think it’s kind of the Wild West for sake-making in the states right now. Americans tend to go crazy with things—the American style of IPA or double IPA is an example.”

He adds, “We’ve had people reaching out from pretty much every state who are interested in starting a sake brewery—so much that I put together a packet of info for when people ask.”

We’re not expecting everyone who reads this story to start a sake brewery, but we did take a cue from Doughan: In a way, these pages are our packet of sake info, which we’re handing over to you. If it makes sake just that much less daunting, or simply makes you want a glass of junmai daiginjo right this second, we’ll drink to that. Kanpai!

“This drinks like a martini with a twist. Delicious at all temperatures, its opulent texture gives full yacht vibes at a price that won’t break the bank. This is a quint-essential sake, ex-cellent for nerds and newcomers alike.”

“Drink this wild and bold yamahai genshu warmed or at room temperature. Tamagawa’s earthy and robust flavours make it a perfect pour for whiskey lovers.”

“Sohomare Indigo can be found in the ‘Fruity & Floral’ section of our shop. It’s an underappreciated sake that’s versatile and complex. Elegant on the nose with a creamy sweetness and a dry finish, it’s a perfect companion for nigiri and sashimi.”

“Tensei channels the coastal surfer culture of Kanag-awa, the brewery’s home. I live in San Diego, and it is perfect for summertime at the beach: light and refreshing, with a touch of satisfying salinity.”

“Miho Imada of Fukucho revived Hattanso rice, an extinct heirloom variety, and spent a decade learning how to grow it. The result: a gorgeous sake with surprising minerality and plush salinity.”

“While delightful cold, room temp, or warm, this kimoto sake, which is aged before release, has a creamy richness that intensifies when heated. A balanced, rice-forward honjozo, it punches above its weight and is a total steal.”

Junmai sakes are made with rice polished down to 70 percent. This is pure rice sake–no additions here!

Ginjo sakes are made from rice polished further than junmai, to at least 60 percent.

Daiginjo is an ultra-premium style. The rice is polished all the way down to 50 percent of the remaining grain.

Nama means unpasteurised—vibrant and wild! It’s not to be confused with namachozo, which refers to sake pasteurised once. (Sake is typically pasteurised twice.)

Genshu sakes are undiluted or cask-strength; they range in booziness, but some are quite gentle.

Honjozo sake has a small amount of brewer’s alcohol added right after fermentation, which brings stability in the bottle and lightness on the palate.

Nigori sakes are cloudy or unclear from unfiltered rice solids that aren’t filtered out after fermentation.

A full serving of sake is called a go and is about six ounces (177 ml). But typically, a go is then poured out into several smaller servings in glass or ceramic cups.

Serve warm sakes around 105°F (46°C). You can put the bottle in a warm water bath to bring it to the right temperature.

Or, pour the sake into another container and microwave it briefly.

Sake Japanese Sake best sake to pour
Ray Isle and Lucy Simon
Alcohol
Sign up for our newsletters to have the latest stories delivered straight to your inbox every week.

Where to drink in Hong Kong this July 2022