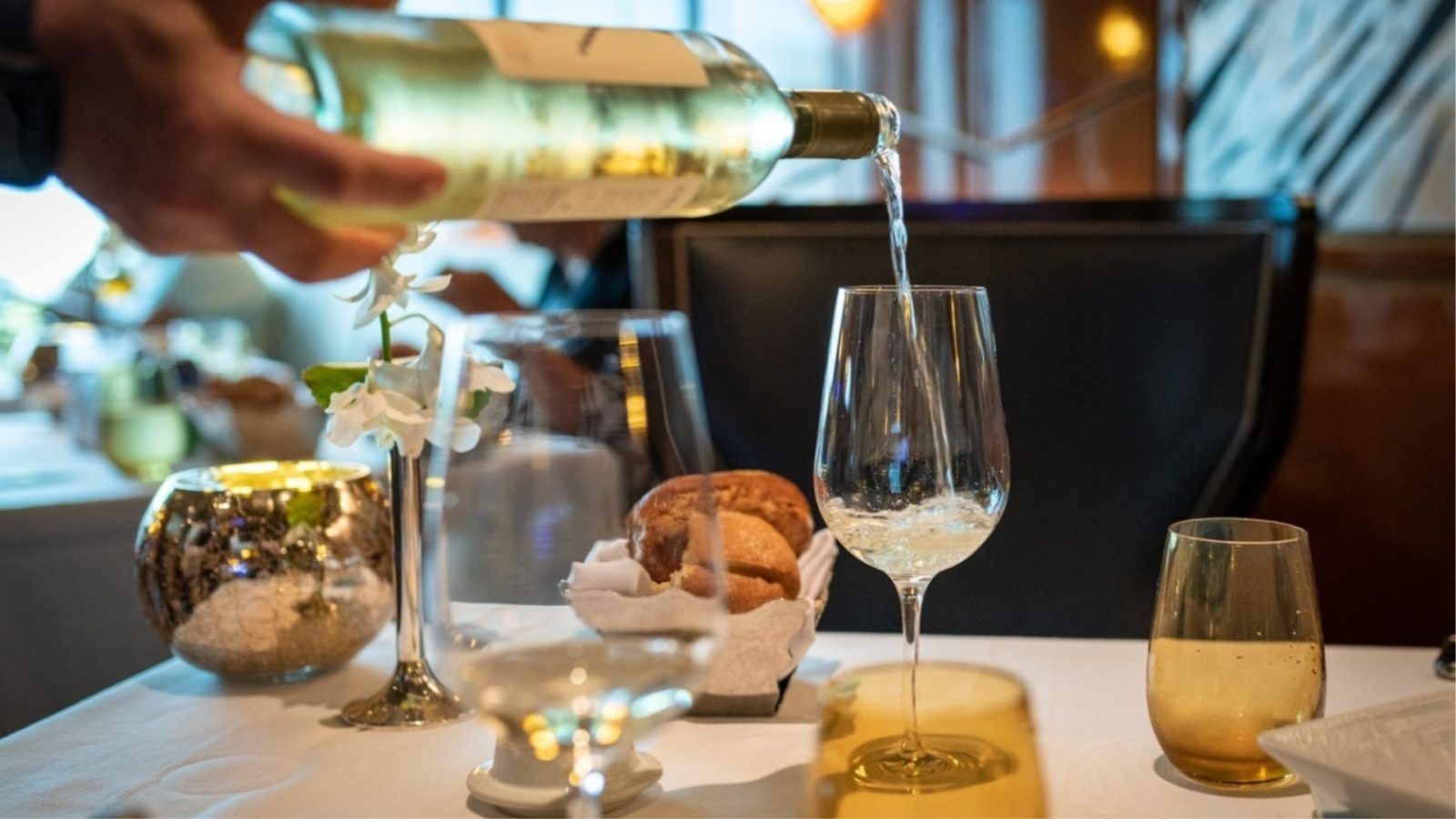 Yes, you can put ice in your white wine. Here’s why

Food & Drink
Yes, you can put ice in your white wine. Here’s why
Share this article
Next article

Martha has a variety of business ventures in the lifestyle space, and this includes the food and beverage markets. One of her latest products, the 19 Crimes Martha Stewart Chardonnay, is the perfect wine for “Chard” drinkers, as our founder calls this vino. And she even has advice on how she thinks you should drink it: Our founder stopped by The Late Show with Stephen Colbert to help the host make a delicious cake for Valentine’s Day. Before starting the lesson, the pair toasted with two glasses of our founder’s Chard—filled with ice cubes, per Martha’s request—to the talk show host’s surprise.

“I thought that was anathema,” Colbert told Martha upon seeing the ice cubes in the wine glasses. She replied, saying that this is no longer a white wine faux pas: “It isn’t any longer. I was talking to a lot of vintners in France and Italy, and they all approve of ice in the white wine and the rosé.” Even though Colbert said that it would dilute the drink, our founder said that’s “a good idea” in her eyes, especially when on a date. “Then you can get up and leave and not get too drunk, and if you don’t like the guy, you can get out of there fast,” she added. “There’s a method to my madness.”

She previously told PEOPLE that many winemakers recommend adding ice to wine now. “I met the man who makes the best Sauterne, and he encouraged me to add ice to it!” she told the outlet. “He said, ‘It’s fine. Don’t worry about it, Martha. We’re not going to get insulted. We know the taste is there. The flavour is there. The fineness is there. You can add ice to it, of course.’ So, that’s how I extend a glass of wine. But, I like to serve my beautiful Martha’s Chard icy cold.”

Our founder also talked about Dry January, including whether or not she’s ever challenged herself to abstain from alcohol for the entire first month of the year. “Of course,” she said, “but not this January.” Martha also told PEOPLE she is “not a big drinker,” in general, and “I never have been.” She opts to have one or two glasses of wine with her dinner, filled with a few ice cubes, of course.

White Wine Alcohol Martha Stewart
Nashia Baker
Alcohol
Sign up for our newsletters to have the latest stories delivered straight to your inbox every week.