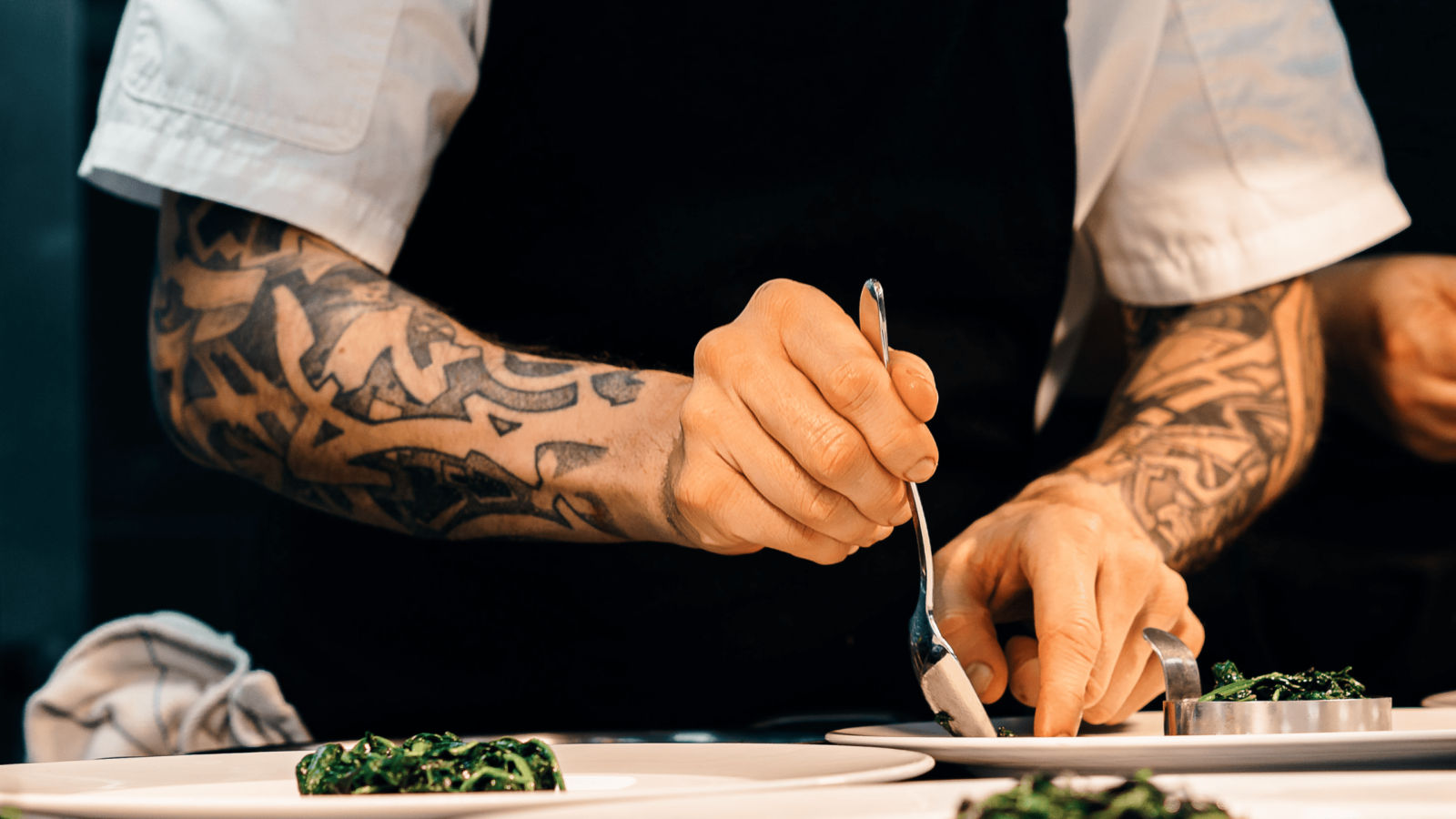 Are you one of those people who can’t stop obsessing over what new recipe to try and salivating over those beautiful food shots on Instagram? If the art of cooking fascinates you in almost every possible form, then we have got all of you home cooks and Insta-scrollers covered.

Here’s a list of some of the most seasoned chefs on Instagram who will inspire you with their mind-blowing menus, plating techniques, culinary secrets and wild food pairings. Check out these famous Instagram chefs and the sharpest culinary minds to learn more about food and their gorgeous creations.

The notorious British chef and TV presenter is famous for his sharp tongue, temper tantrums, fiery insults and frequent use of those four-letter words. He has been awarded 16 Michelin stars and hosted many cooking and travel shows such as Hell’s Kitchen, Ramsay’s Kitchen Nightmares, MasterChef USA, MasterChef Junior USA, Hotel Hell, Gordon Behind Bars and Gordon’s Great Escape.

He has also been appointed Officer of the Order of the British Empire (OBE) by Queen Elizabeth II and his flagship restaurant named Restaurant Gordon Ramsay held London’s top ten restaurant position in Harden’s restaurant guide for eight years.

He is one of the most famous Instagram chefs with a staggering 12.3m fans following his British and French culinary insights.

Jamie Oliver is another famous Instagram chef who is known for his minimalist and laid-back cooking style, attention to organic and fresh produce and lively personality.

He has appeared in over 40 TV series including, Jamie’s School Dinners, The Naked Chef for which he won BAFTA TV Award in 2001 and Food Revolution for which he won Primetime Emmy in 2010. He was also awarded the Most Excellent Order of the British Empire (MBE) by the Queen in 2003.

Jamie Oliver is ranked the second biggest-selling non-fiction author next to J.K. Rowling, for his cookery books. Check his Instagram feed and get inspired to cook easy vegan recipes including healthy salads, gorgeous plates of pasta, delicious desserts and other Italian favourites.

British TV cook and food writer Nigella Lawson is an international celebrity who gained prominence with her cooking show Nigella Bites in 1999 and soon became a household name. She has written many best-selling cookbooks, including How to be a Domestic Goddess that won the British Book Award for Author of the Year (2000) and Nigella Bites that won her the Guild of Food Writers (2001) and WH Smith Book Award for Lifestyle Book of the Year (2002).

What sets her apart from other chefs is her philosophy of cooking which focuses on making sumptuous feasts that can be enjoyed with the family. Her understanding of ingredients and her spin on French and British traditional classical recipes has earned her the title ‘domestic goddess’ by fans.

She has hosted Nigella’s Feasts (2006) on Food Network, a three-part BBC Two series Nigella’s Christmas Kitchen and Nigella Express in 2007.

Culinary A-lister and prolific chef, David Chang is the person behind Momofuku restaurant group which includes around 16 restaurants around the world, including two multi-city chains named Fuku and Milk Bar. He is credited with revolutionising Modern Asian cuisine by giving it an edgy twist and offering culinary insights on his Instagram and podcast.

He is also the curator, producer and presenter of the Netflix show Ugly Delicious which gives a peek into his culinary life on Instagram. The Korean-American chef got two Michelin stars in 2009, New York Times best-selling author for his cookbooks and James Beard Foundation Award for Outstanding Chef among others.

Renowned Italian-born chef Massimo Bottura is the chief patron of Osteria Francescana, a Modena-based three Michelin star restaurant that has been in the top five of the World’s 50 Best Restaurant for nine years, gaining first place in 2016 and 2018.

He derives his inspiration from art, music, fast cars and slow food and has been vocal against food waste through his non-profit organisation Food for Soul. He is credited with reinventing classic and traditional Italian recipes from risotto to tortellini and pasta.

Clare Smyth, an MBE, is UK’s first female Michelin three-star chef hailing from Ireland. She worked as a patron with Gordon Ramsay who made her head chef when she was just 28 years old. Smyth appeared in many TV shows including Top Chef, Saturday Kitchen and MasterChef Australia, runs her restaurant by the name Core in London and is very active on Instagram.

She started her culinary career at the age of 15 and worked her way into high-profile, tough restaurants to eventually evolve her own style of cooking. Her signature dish is ‘wryly’ made using potatoes marinated in butter and seaweed topped with trout roe.

Named as the Best Female Chef by The World’s 50 Best Restaurants in 2011, Anne-Sophie Pic is a French chef and the fourth female chef to get three Michelin stars. She is known for her unique plating style and was awarded Eckart Witzigmann Award in 2009 for excellent culinary art.

Born in Amritsar, India, and based in New York, Vikas Khanna has been a prominent TV personality and appeared in many TV shows such as MasterChef India, MasterChef Australia, Twist of Taste, Hell’s Kitchen and The Martha Stewart Show. He has revolutionised Indian cuisine by giving it an informal and modern twist. His popular signature dish is ‘Kandhari Paneer’ which won him the first Michelin award.

Khanna opened his restaurant named Ellora in Dubai last year and has also been awarded Asia Game Changer Award 2020 for his contribution to feeding millions amid the Covid-19 pandemic.

The English Michelin-starred chef, Tom Aikens has joined the league of famous Instagram chefs to teach how to cook perfect recipes at home. He has appeared in several TV shows like Trouble at the Top, Saturday Kitchen and Iron Chef UK.

He is among the top 100 most influential figures of the UK hospitality industry and his Instagram feed is full of elaborate cooking tutorials on how to roast chicken properly and how to perfect Croque monsieur.

Alain Passard is a French chef best known for his expertise in the fundamentals of French cuisine. He is famous as a true artist for his ability to create visually striking platters. He is one of the rare chefs to use artificial intelligence to explore visual aspects of plating and produce culinary artwork using a gastronomic algorithm.

He is also an advocate of vegetarian cooking and inspires thousands of fans through his Instagram posts on creating organic gourmet dishes.

Italian-American chef Giada DeLaurentiis is globally known for her culinary and food styling skills. She started her career at Food Network with her daytime show Everyday Italian, which premiered in 2003 and won the Daytime Emmy Award for Outstanding Lifestyle Host (2008). She soon became one of the most recognisable faces of the Food Network that got her another hit TV show Giada’s Weekend Getaways in 2007. Her latest show Giada Entertains won her 2020 Daytime Emmy Award for Outstanding Culinary Host.

Giada’s cooking style focuses on balancing indulgences with clean eating, which reflects in her Instagram feed as well. You can find helpful insights and tips on everything from hosting a potluck to her favourite clean recipes and what to pack for everyday lunch on her Instagram.

Australian-born cook and food author Maggie Bear is a notable personality and a regular guest on MasterChef Australia and one of the judges on the show The Great Australian Bake Off.

Even though she didn’t receive any formal training as a chef, her experience spans five decades in which she has written numerous cookbooks and presented several hit TV series. She has received many accolades, including Telstra South Australian Business Woman of the Year (1997), Jaguar/Australian Gourmet Traveller Award of Excellence in 1999 and Food Media Club’s Industry Peer Award (2001).

She was appointed a Member of the Order of Australia (AM) in 2012 for her exceptional contribution as a chef, restaurateur and author to promote Australian cuisine. She is among the most famous chefs on Instagram for sharing her cooking tips and insights on vegan and gluten-free recipes, along with many of her Australian classics.

Dining Instagram Gordon Ramsay Chefs Jamie Oliver Michelin star Vikas Khanna Nigella Lawson Content Hub
Akriti Sharma
Full-time writer, part-time science nerd, Akriti switched gears to writing when she was at the precipice of her scientific career as a biotechnologist and never looked back. She loves to write every day and believes in pursuing stories with moral force. She is an enthusiastic traveller, photographer, chai aficionado, aspiring minimalist and a strong proponent of the Multiverse Theory.
Travel Food Culture Entertainment
Sign up for our newsletters to have the latest stories delivered straight to your inbox every week.