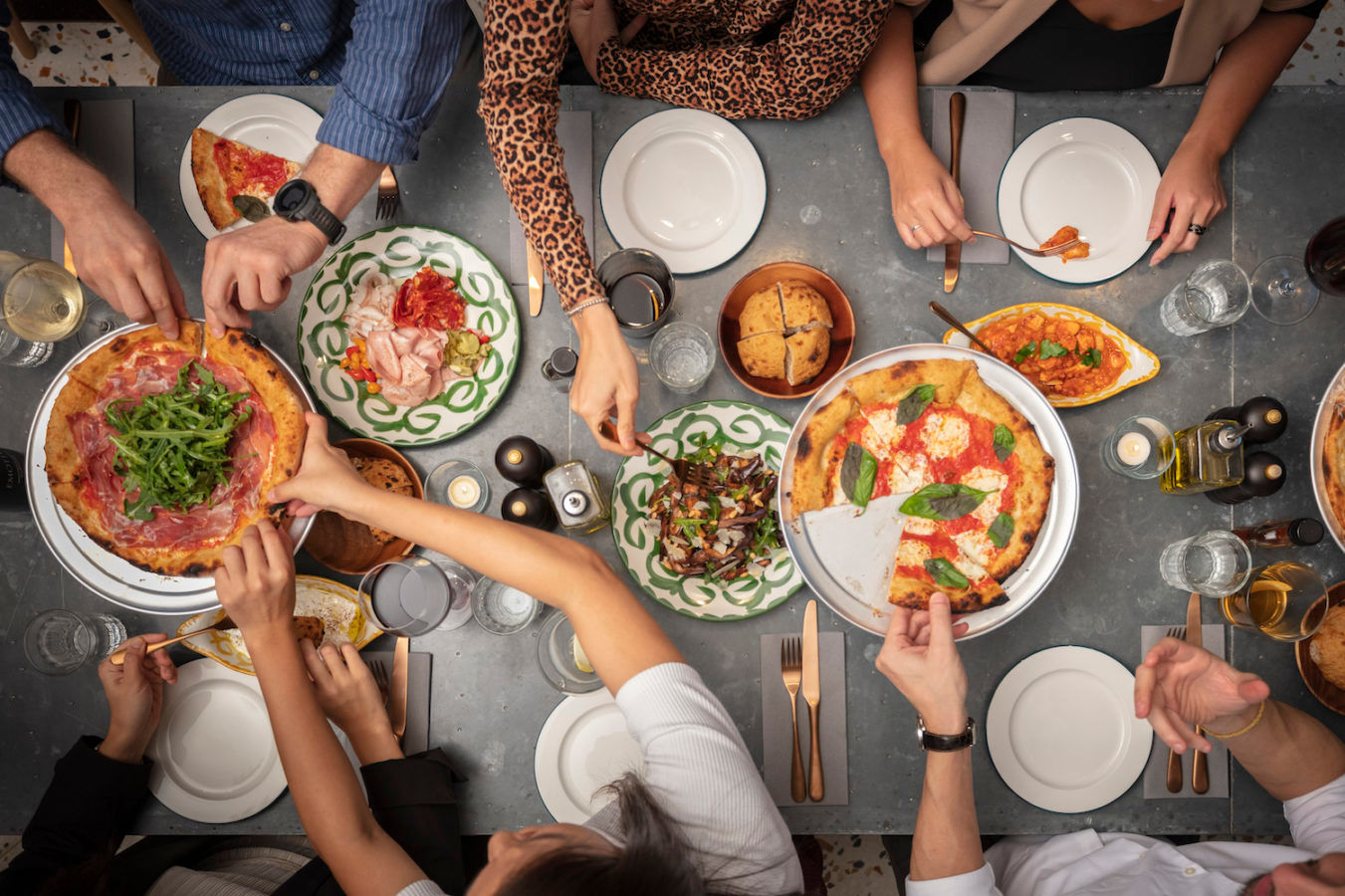 The team behind Beef & Liberty have gone from flipping patties to tossing pizzas at the new Emmer Pizzeria & Café in Pacific Place.

Regular readers of LSA will know that this editorial team’s pizza loyalties lie with two establishments that have, regretfully, shuttered suddenly and unexpectedly in recent years: Jean-Georges’ Mercato (yet another casualty of Hong Kong’s ruthless landlords); and Kytaly, which closed recently due to a management dispute. While the city doesn’t lack for mom-and-pop pizza parlours, much more rare are the elevated pizzaiolos that pay strict attention to everything from the melt-worthiness of different types of mozzarella, to the fineness of the flour used, and the precise calibration of sweetness and tanginess in the tomato sauce. For discerning pizza fans, it’s not always easy to locate these truly mind-blowing pies.

Opened this month, the latest to join Hong Kong’s plethora of pizzerias is Emmer, opened by the award-winning team behind Beef & Liberty. After years of solidifying their niche at the gourmet burger chain, the team are applying their winning formula of honest prices, fresh ingredients, elevated execution and friendly hospitality to tackle the most beloved of casual Italian food traditions. We popped in recently to see how their pies stack up to the competition.

Taking over the old Petite Cafe on the platform level of Pacific Place, you’ll find Emmer nestled between Commissary and the Continental, with tables spilling out in the spacious outdoor patio. The bright orange sign glows under a rooftop lush with flora and fauna, giving the eatery the feel of a cosy hideaway set against the looming skyscrapers of the financial district. 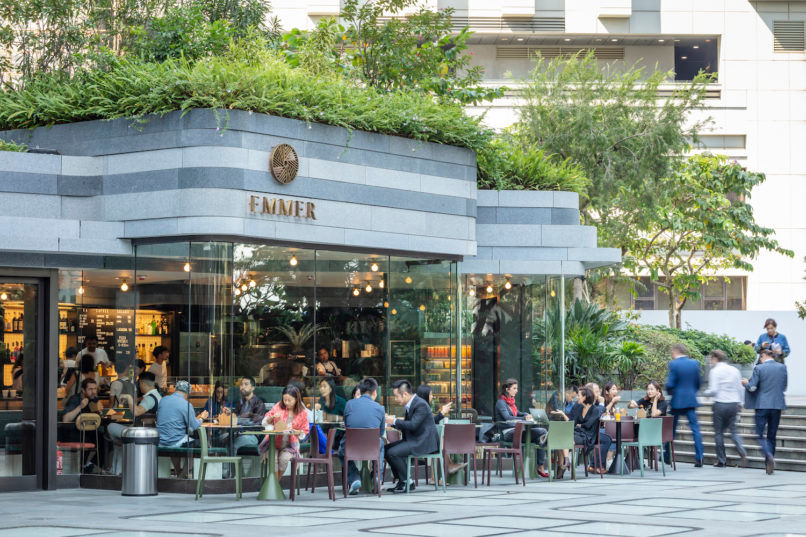 Inside, warmth and conviviality pulse from every corner of the restaurant, with two-tops and four-tops mixed with banquette seating, a bustling kitchen and bar with warmth emanating from the rotating steel pizza oven, and the noisy chatter of large groups tucking into shared pizzas chased down with quaffable Italian wines. Inside, you’ll also find a deli counter boasting a selection of quiches, pastries, bread paninis and more — cheap and cheery breakfast and all-day takeaway offerings that speak to Emmer’s accessible, egalitarian philosophy. 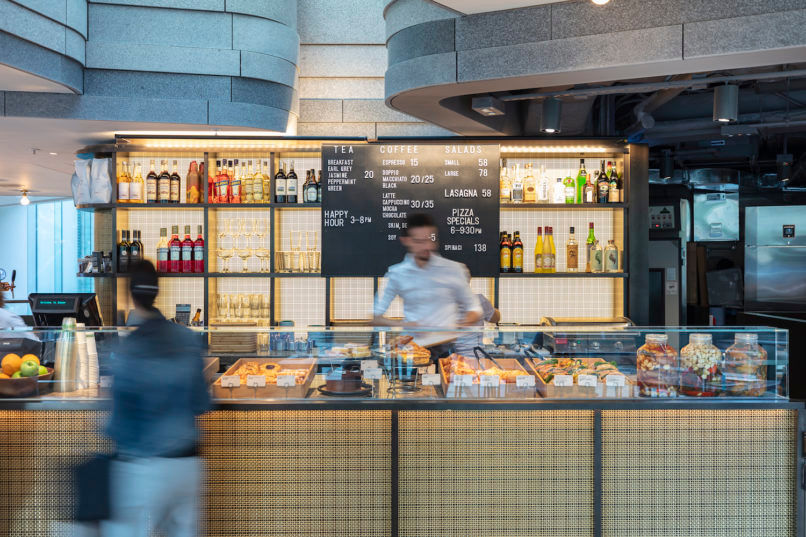 The name Emmer refers to the ancient grain that forms the basis of the pizza dough here, an organic heritage grain first cultivated in the East. The hand-milled grain is kneaded into six varieties of chewy-crisp 11-inch pies at dinnertime plus rotating specials (only one pizza is available during the day to facilitate the busy lunch rush). Years in the making, the pizzas have been conceived in collaboration with renowned Filipina chef Karla Mendoza, who runs Pizzeria Mozza in Singapore.

Before you turn your attention to the pizzas however, you’ll want to whet your appetite first with the small selection of appetisers and salads. Our charcuterie board (HK$88) featured pink folds of mortadella cosying up next to spicy salami and fat-streaked capocollo, with a side of tart pickles to slice through the richness of the cold cuts; while the Caprese salad (HK$68) riffed on the classic three-ingredient recipe with whipped ricotta dotted with sweet roasted cherry tomatoes and a brightly herbaceous basil pesto. The Caesar salad was take-it-or-leave-it: we missed the tang of anchovies in the one-note dressing despite the generous shower of parmesan and crisp romaine leaves. 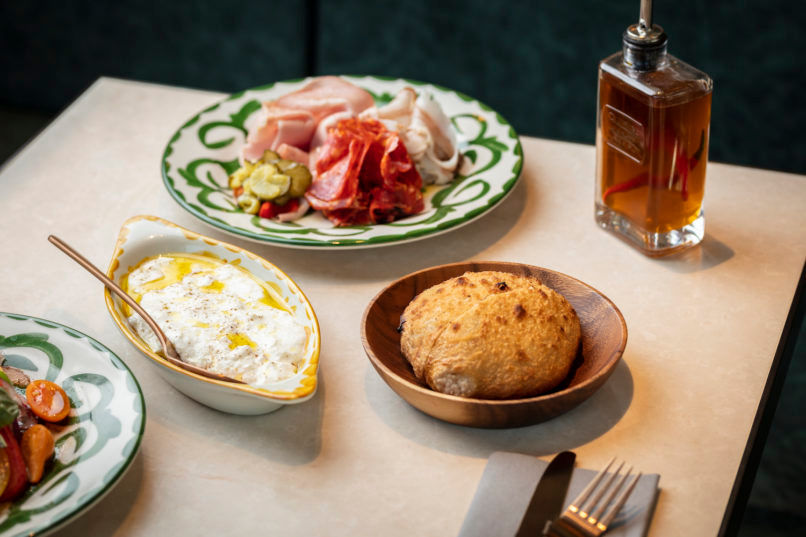 We were similarly underwhelmed by the complimentary loaf that arrives with the appetisers; made from the same recipe as the pizza dough, it was served lukewarm bearing a slightly rubbery crust. Luckily, the star attraction does the recipe much better justice. As our pies started to arrive one by one, each served with minimal fuss on a circular tin pan, we found ourselves salivating at the sight of the puffy-lipped pies, pock-marked with bits of char from a quick 3-minute trip to the pizza oven. The dough crackled with just enough resistance before giving way to the pillowy interior, well-seasoned with a dash of salt and boasting a rustic earthiness derived from the hand-milled grain.

The puffy crust gives way to a thin, soppy middle — even wetter than most classic Neapolitan pies — making this slice slightly more challenging to pick up without risking ingredients sliding off the tip. The toppings themselves are unquestionably fresh: starting with The Margherita (HK$98), which stays faithful to the original with pools of melted mozza languishing in a tangy tomato sauce — each slice topped with a single leaf of basil. The Parma (HK$168) starts with the same base but adds strips of the namesake ham for a salty hit, the buttery meat counterracted by the peppery bite of arugula. 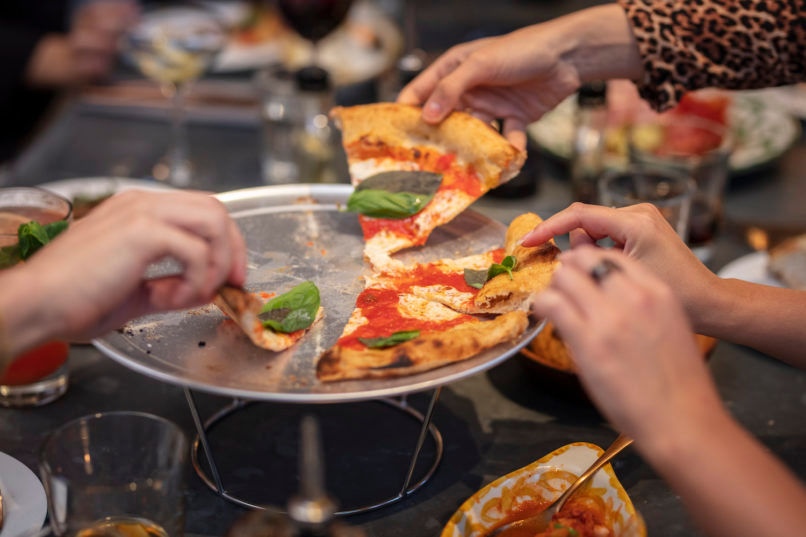 Piled high with salami and melted red chillies, the Diavola (HK$148) errs on the sweet side, missing the fiery kick (the name literally translates to “devil’s pizza”) that usually characterises the spicy-hot number. The Brussels sprouts pie fares better, but we can’t help comparing it to the superlative version at SoHo pizzeria Motorino, with this one paling slightly in comparison with bacon and cabbage leaves that haven’t yet developed that crisp char to lend the pie a robust flavour. 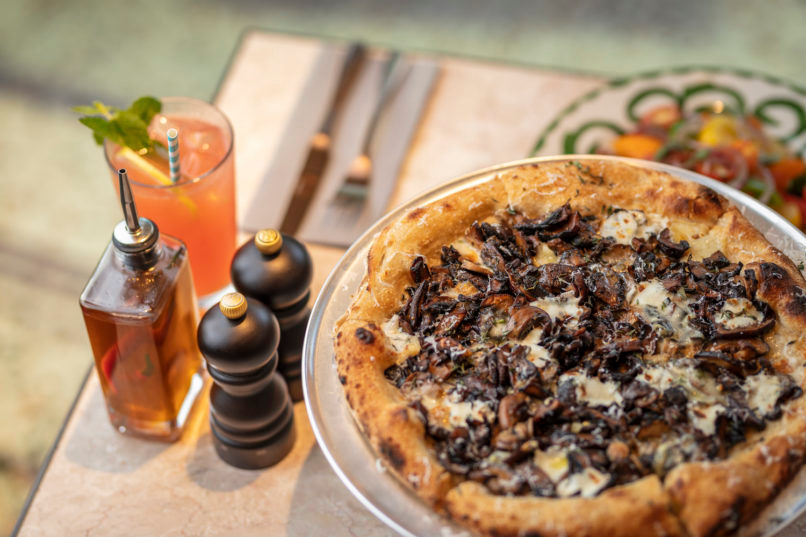 We’re back on track with the Funghi (HK$138), where the kitchen subs tangy and fruity taleggio into the mix, the browned, bubbling cheese embedded with a mix of chopped portobello and cremini mushrooms and a smattering of thyme. In line with its all-day dining ethos, Emmer also serves a Turkish-inspired brunch pizza, Kachapuri (HK$98), a tasty oblong-shaped pie with the puffy outer dough cradling a soft-yolked egg.

For desserts, a square of banana bread is soft and moist — a standout on its own without the need for the overtly cloying honeycomb butter spooned over the top. Chocoholics meanwhile, will want to go straight for the chocolate cake, the sugar-frosted brownie served with a tart lemon custard to slice through the richness. 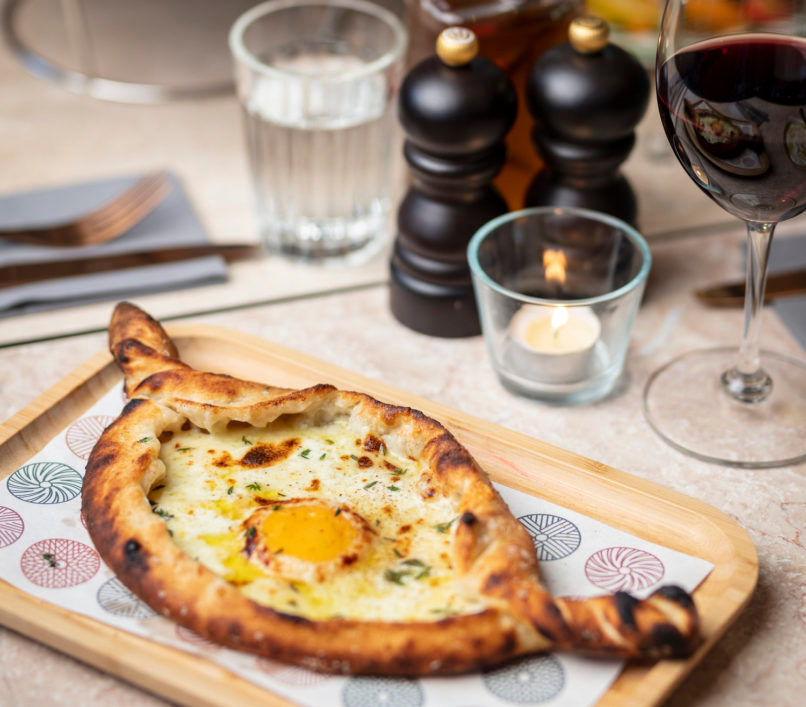 Like Beef & Liberty outlets, Emmer’s Pizzeria filters its own water, while the menu is rounded out with  a selection of cheerfully priced beers and wines (one of the restaurant group’s key tenets is serving bottles at honest prices without the usual crazy restaurant markups). And in case you wanted your aperitifs even cheaper, the eatery also offers a daily happy hour on weekdays from 4–7pm.

Beef and Liberty’s success has long boiled down to its combination of premium ingredients, unfussy execution and wallet-friendly prices, devoid of tricks and gimmicks. Emmer follows suit, a dutiful undertaking in the craft of pizza making with ample attention paid to both the quality of ingredients sourced, ratio of toppings and method of execution.

While it’s not without the need for a few tweaks here and there, given the restaurant’s convivial setting, central location and quality pies, it’s no wonder that Emmer has been packed since opening, despite the significant dip in dining out in recent weeks. And while Emmer’s populist mentality may preclude it from ever entering the pizza hall of fame populated by some of its pie-perfectionist predecessors, the restaurant’s come-one, come-all mentality may be exactly what this city needs right now.

Service: Well-trained and quick to respond to requests.

Emmer Pizzeria & Café
Address
Level 4, Pacific Place, Admiralty, Hong Kong
Website
Emmer Pizzeria & Café
Phone
+852 2780 1110
Pizza New Restaurant Beef & Liberty New Opening emmer pizzeria emmer
Leslie Yeh
Editor in Chief
Having worked as a lifestyle editor for almost 10 years, Leslie is thrilled to be writing about the topic she loves most: wining and dining. When she's not out pounding the pavement for the latest new restaurant opening or tracking food trends, Leslie can be found at home whipping up a plate of rigatoni vodka and binge-watching Netflix with a glass of Sauvignon Blanc in hand.
Dining Restaurants Food Trends Drinks Travel
Sign up for our newsletters to have the latest stories delivered straight to your inbox every week.