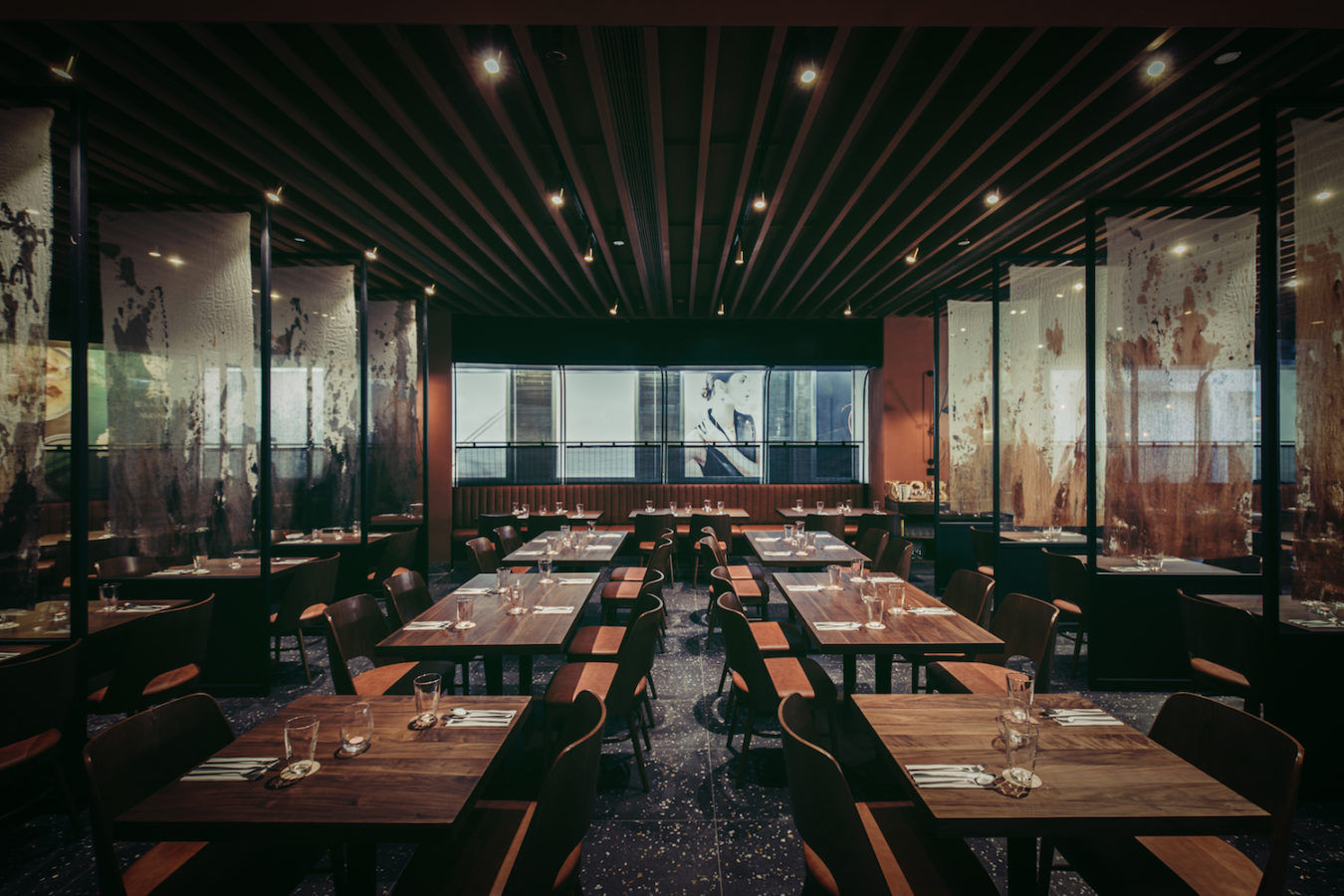 With San Sebastian a veritable breeding ground for Michelin-starred restaurants (the coastal city in Spain holds the highest number of stars per square metre in the world), the arrival of a restaurant from the culinary capital should spell only good things for Hong Kong gastronomes. After just seven months since opening in 2017, Amelia by the chef Paulo Airaudo impressively picked up its first Michelin star — and the fine dining Spanish restaurant has since landed a permanent spot on the European food map.

But Hong Kong is only too well familiar with helicopter chefs whose local establishments fall short of the real thing, due to any combination of factors: insufficient training of local staff, cut corners undermining the integrity of the kitchen, or in some cases, even a falling out with local management. With this in mind, we approached Amelia with admittedly, a degree of skepticism, curious to see whether the San Sebastian import could live up to its cross-ocean counterpart.

The patio houses by and large the best seats in the house at Amelia, with a number of tables for two and four insulated by cosy heat lamps, providing panoramic views of the harbour. Situated right at the start of Ocean Terminal, Amelia is easily more accessible than recent openings located at the tip of the terminal extension such as Maze Grill and Fu Rong, while still offering the same spectacular views.

Taking the ferry over from Wan Chai, we were seated within minutes at a table outside right in time for happy hour (HK$50 cocktails, wine and beer from 5–7pm daily), sipping on a negroni and vesper from the classic cocktail selection while admiring the twinkling harbour lights and a slight breeze from the sea. (The drinks had a slightly harsh edge that comes from using middle-shelf spirits, but if you’re looking to get tipsy quick, Amelia’s libations will do the trick.) You can also dip into the wine list, which features over 200 selections, with most handily available by the glass.

Inside, monochromatic interiors translate to a rather one-dimensional palette of wooden table tops and burnt orange chairs arranged canteen-like in an open layout (it didn’t help that the main dining room was nearly empty on a Monday night). To one side is a small bar counter that would be a cosy spot to enjoy a pre-prandial drink on cooler evenings — if you’re rolling with a party of three or less, that is.

A two-page Winter à la carte menu flits between small plates, large plates and sharing-style proteins, where you’ll find the two priciest items on the menu: charcoal-grilled daily catch in caviar sauce (from HK$788); and grilled Australian Wagyu Tomahawk ribeye steak (HK$1,450) crowned with winter black truffle. For a party of two, a few appetisers and two mains should suffice, leaving room for the dessert and homemade bread — the latter a highlight at the original outpost in Spain.

For the bread, you have two options: with butter (HK$78) or with bone marrow (HK$138). We opt for the latter, the unctuous half-log arriving on a bed of buckwheat grains, with a round French loaf split into quarters. Rich and luscious at first, the softly roasted bone marrow seized up after a few minutes of sitting outside into an unpalatable rubbery consistency, and we left half of it uneaten (the same can’t be said for the bread).

A plate of razor clams (HK$188) arrive next, strewn on the plate with little thought to presentation (we’d prefer the shells intact), but the long, narrow bivalves boast a palatable chew. The clams are sprinkled with nubs of savoury chorizo languishing in a tart vinaigrette, a zing of lemon helping to cut through the fatty pork sausage and oil.

The next appetiser of beef and oyster tartare (HK$168) is much more photogenic; more importantly, the surf-and-turf crudo works surprisingly well with the raw, clean tang of the beef accentuated by the saltiness of chopped-up mollusks. Bits of onions and capers give the tartare a running vein of acidity, capped off by the pop of pickled mustard seeds and served with rustic toast. For the next dish, the kitchen draws from arroz blanco, a Spanish seafood-style rice typically served with clams or cockles (HK$218), which falls somewhere between a congee and a risotto in consistency. We’re left missing the creamy richness of its Italian counterpart, with the overriding flavour of parsley leaving something to be desired. A tablespoon of creamy sea urchin and surf clam help tether the dish to the ocean but aren’t enough to infuse more flavour into the rice. The meats fare much better: Wild pigeon (HK$268) bursts with a clean gaminess, but the accompanying miso and grapefruit sauce could be more heavy-handed to really make an impression against the well-executed meat. The New Zealand free range chicken (HK$228) is likewise expertly cooked, taken just to the brink of doneness — as far as you really can take poultry in a restaurant, bearing in mind food safety regulations — with the juicy, succulent meat covering both white and dark meat enhanced by a savoury chicken jus.

For desserts, black figs with dark chocolate make for a natural and delicious pairing (HK$88), although here again plating is an issue, with the ice cream scooped atop two of the fig rings in an odd asymmetrical arrangement. A light vanilla-scented sponge in the Genovese Cake (HK$88) is a refreshing cap to the meal, topped with layers of cream and tart rhubarb.

Overall, dishes are hit-or-miss at Amelia, and diners navigating the menu for the first time could end up with a hefty bill and mixed impressions. That being said, there are definite highlights on the menu — the tartare, the pigeon and roast chicken — and prices are a fair cut below your typical high-brow European-style dining in Hong Kong, with mains hovering around the HK$230 mark. Servers are quick to acquiesce to requests, but aren’t yet well-versed in the menu offerings. While Amelia makes for a decent weekday option if you find yourself in the area, this Michelin import is going to need to bring over a bit more of that San Sebastian magic if it’s to really reach for the stars.

Noise Level: Medium, with the best atmosphere on the patio.

Service: Could be more fluent and well-versed on the menu.

Amelia
Address
Shop OT G63, G/F, Ocean Terminal, Harbour City, 3-27 Canton Road, Tsim Sha Tsui, Hong Kong
Website
Website here
Phone
+852 3705 1983
Restaurant Review New Restaurant New Opening amelia
Leslie Yeh
Editor in Chief
Having worked as a lifestyle editor for almost 10 years, Leslie is thrilled to be writing about the topic she loves most: wining and dining. When she's not out pounding the pavement for the latest new restaurant opening or tracking food trends, Leslie can be found at home whipping up a plate of rigatoni vodka and binge-watching Netflix with a glass of Sauvignon Blanc in hand.
Dining Restaurants Food Trends Drinks Travel
Sign up for our newsletters to have the latest stories delivered straight to your inbox every week.