In many ways, the story of Seasons is a cautionary tale for fledgling fine diners throughout Hong Kong. In 2017, despite having nabbed a Michelin star two years prior, chef Olivier Elzer quit the project, which limped on until mid-2018 before being euthanised to make way for “an exciting kids-oriented” venue. This incredibly frustrating narrative — of inventive chefs tethering their vision to myopic property developers — is a daily reality for this city’s culinary vanguard; and the result is a revolving door of restaurants that are immediately axed for failing to conform to the expectations of execs and shareholders.

One speculates this is why chef Elzer decided to stage his return to professional kitchens at L’Envol — a paean to French contemporary inside The St. Regis Hong Kong. Elzer is in his element here: after all, when the award-winning Alsatian arrived in Hong Kong 10 years prior he made his bones at Pierre at The Mandarin Oriental; and the familiar in-house setting has certain advantages. From the massive open kitchen, Elzer concocts a medley of sensuous “fine dining” dishes which wear their pedigree with lightness and charm. Yes, there’s champagne. Yes, there’s caviar. But the appearance of either, as it turns out, isn’t indicative of a menu that will leave you in a cholesterol-induced fugue state. Rather, L’Envol offers diners an opportunity to savour highlights from throughout Elzer’s career, interspersed with moments of pure inspiration — the kind which spell the direction that the restaurant will be heading in the future.

It will surprise no one that at L’Envol every throw, lighting fixture and side table has been executed with considerable attention to detail. Despite ultimate responsibility for the fitout falling on André Fu, Elzer worked alongside the AFSO wunderkind for nearly two years in order to nail the restaurant’s “Parisian salon meets private loft” aesthetic. The main dining room is a haltingly opulent visage of glass — shaded in traces of beige, taupe, and ochre. Tables are paired with custom-made furniture in similarly calmful tones (a popular seating arrangement combines settees with traditional 4-leg chairs); and support beams at the room’s centre are gilt with calacatta marble and fabric. Next to the buzzy open kitchen — which, as a result of some carefully placed brass, pulsates with a sanguine glow — L’Envol’s cheese cave gives wandering eyeballs a place to park their focus. The impulse to describe the prevailing atmosphere as “feminine” is a trifle reductive, though it’s undeniable L’Envol will appeal to those for whom manicured loveliness is a prerequisite to good eating.

Service is similarly in sync with the surroundings. From the moment that a perfectly starched napkin brushes your lap, there are no prizes for guessing what kind of table-side manner you’re in for. A veritable army of waiters glides calmly through the space, and you’ll be hard pressed to beat them to the punchline when it comes to half-empty glasses or crumbs that need sweeping. At least three somms are posted at any given time and, under the direction of Executive Chief Tristan Pommier, seem genuinely interested in recommending a spectrum of varietals that nail the sweet spot between flavour, food pairing potential and prestige. (It’s telling that over the course of a single dinner, we spied everything from a glass of HK$300 chablis to a 1941 Monfortino Barolo.) 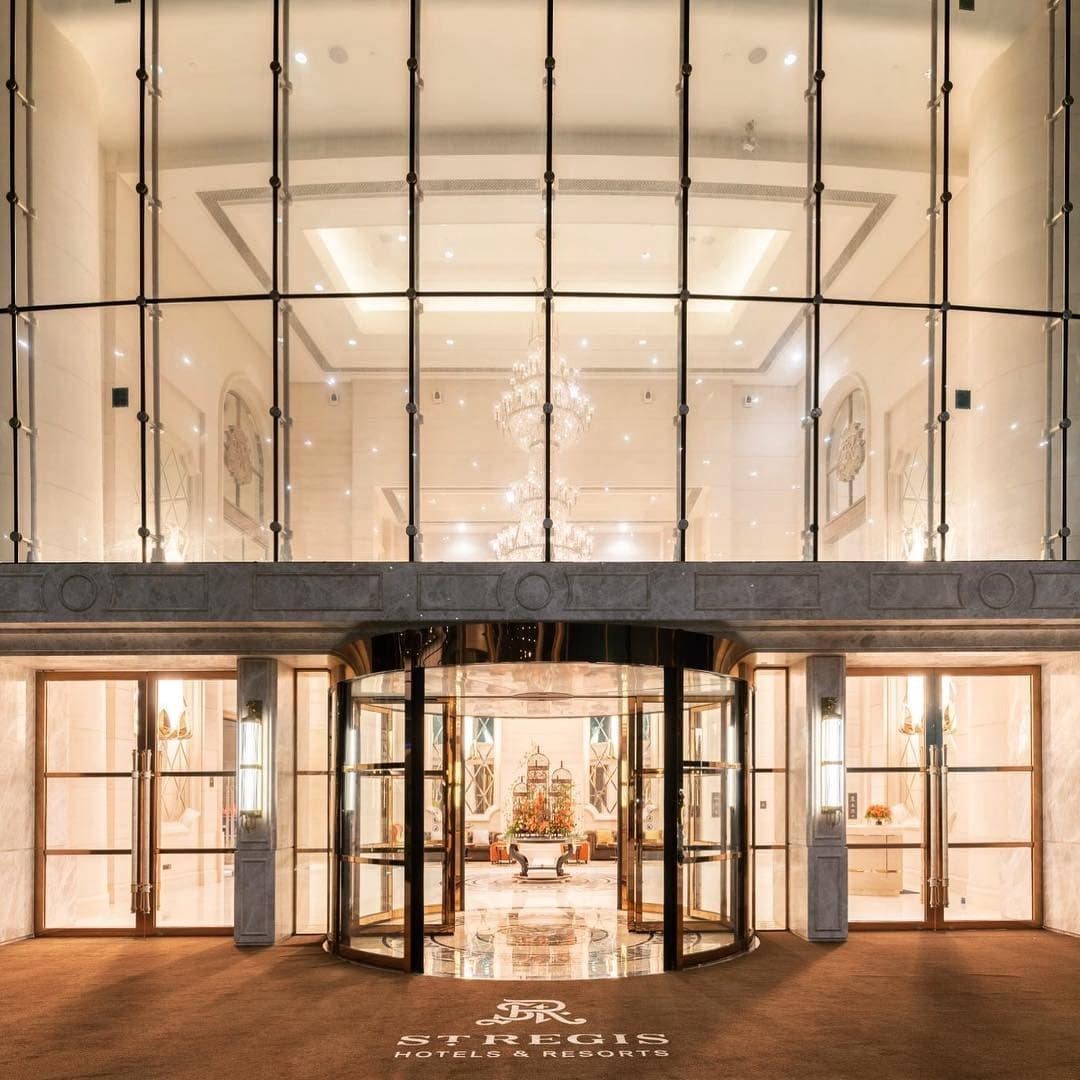 L’Envol’s signature menu follows a format that shall be familiar to anyone who has dined prix fixe. A selection of amuse-bouches are served before the meal proper — apropos of Elzer’s aesthetically mindful style, they arrive atop a terrarium of chives, sugar peas, radishes and other greenery. That presentation makes for a foolproof conversation starter and (following the obligatory Instagram photo) encourages a more sociable dynamic at table. The diminutive mouthfuls of artichoke, tamarind jelly and foie gras — the latter engulfing the palette like goose flavoured Ritz Bits — are consumed by hand; and transition through a curvature of interesting flavours and textures which work progressively to rouse the appetite.

Bread, too, is an item that is given its dues. Baked daily in-house, it is accompanied by a selection of butters which speak directly to Elzer’s long-standing affinity for caviar and champagne. The former offers an intense savouriness and is finely grained, due to the gradual incorporation of caviar during churning. By contrast, the champagne butter proves to be slightly tart and velvetine in texture — making it a smart accompaniment to the selection of naturally leavened loaves on the table.

The temptation to gorge oneself on liberally buttered bread is best avoided though, as the first course expounds upon Elzer’s appreciation for caviar. Two varieties of the salt-cured roe, both sourced by family producer La Maison Nordique, are served: Shadi, an underrated Chinese variety harvested from schrenckii; and Ossetra, procured (in this case) from Russian sturgeon. Both add balance and structure to their respective dishes. The salinity and fruit-forwardness of the Shadi ensures it’s up to the task of cutting through a dressing as pungent as horseradish cream, whilst compensating for the mild salinity of a thinly sliced razor clam. Meanwhile, a glistening mound of Ossetra, piled atop custard made using consommé and horseradish, injects a crucial element of texture — individual pearls pop pleasingly on the tongue, suffusing the variety’s signature nutty flavour into every mouthful.

Elzer’s menu is for the most part unsentimental; still, the dish that was arguably the biggest crowd pleaser at Seasons makes a welcome reappearance — heralding L’Envol’s first major departure from the tropes of haute cuisine. It’s emblematic of Elzer’s uncanny ability to balance multiple inherently strong flavours. Expertly cooked tuna wreathed in a thin ring of “five spices” is layered between crispy shallots and avocado puree: the high umami content is held in check by multiple citruses that, in turn, are softened by monounsaturated fat — creating glutamate chains which play off and feed into one another.

John Dory from Brittany highlights Elzer’s propensity for a quieter kind of creativity. The firm white-fleshed fish — adored by chefs throughout France for its versatility — is usually served with a neutral emulsion such as beurre blanc, but is in this case accompanied by a red wine sauce. Diced fennel, rich in the pan juices which are expelled during roasting, sits atop the fish, accompanied by a confit of Fukuoka aubergine. Cooked low and slow in plenty of rendered fat, the spongy plant adopts many qualities associated with a claypot stew, all while maintaining the illusion of perfect structural integrity — until you apply a bit of pressure, that is.

Dessert — consumed more often than not out of a sense of obligation — proves to be light and restorative. Eschewing excessive pastry and dairy, ‘La Rhubarbe’ is a gentle coda to the L’Envol menu, consisting of an ethereal layer of Chantilly cream that has been sandwiched between verbena-poached rhubarb and fluffy sponge. Paired with a sorbet of white peach, the overall sensation is of a dessert that’s equal parts palette cleanser and digestive. (According to TCM practitioners, rhubarb’s high dietary fibre content makes it ideal for addressing a range of gastrointestinal concerns).

For those in search of a more robust conclusion, be sure to save a little room for the cheese trolley. L’Envol emphasises a qualitative approach, offering 25 succinct varieties that are all sourced from AOC-certified creameries. There’s three week old Saint-Marcellin, prized for its wonderfully runny texture and deep golden rind; or Sainte-Maure de Touraine, a goat’s milk cheese that gives off gentle acidity and flavours of fresh butter. Many of the varieties are an obvious match for the digestif trolley, which is wheeled to your table at around the same time. Naturally, the majority of the spirits skew dark and French: ranging from balanced malts aged in Burgundy to L’Envol’s very own supply of private label cognac. As with the meal’s beginnings, this kind of unabashedly theatrical presentation imbues your closing moments with an air of excitement — as contented and insatiable diners alike crowd around for one last look at the goodies.

In spite of its opulent decor and extremely polished service, L’Envol marches to a beat that holds classicism and modernity in equally high regard. Ever wary of labels, the only constant Elzer adheres to is cooking the best quality version of produce that excites him — regardless of whether it be seasonal, perennial, local or international. Staple courses from the annals of fine dining are punctuated by a few well-timed experiments — if anything, these serve to heighten the intensity of the heavier dishes — and though many of the ingredients plated shall appear vaguely familiar to most diners, they’re prepared in a manner so thoughtful that you’re likely to come away with a fresh perspective. This mightn’t be the maelstrom of novelty which Hong Kong foodies hope for every time a new restaurant opens, but for everyone else, L’Envol is a chic and satisfying destination that celebrates the joie de vivre of French cuisine — all while offering a few welcome surprises along the way.

Price: From HK$800 per person without drinks.