5 ways the new 2018 Porsche Cayenne is better than before

If your road trip fantasy includes blazing down the highway in a luxury sports car, having to decide which other friend to have the fortune of tagging along might be a dilemma. Not if you’re on one of Porsche’s Cayenne SUV. Sure it’s no two-seater beauty but the Stuttgart firm nods to its racing heritage while keeping the spirit of utility alive with its third rendition.

When the Cayenne first launched in 2003, purists raised their fists in the air and shouted blasphemy as the brand looked beyond the tracks and into the wilderness for its first luxury off-roader. It rubbed many fans the wrong way as the model sported firsts on many fronts: the first V8-equipped car since the 928 was discontinued, the first off-road Variant sports car since some tractors in the ‘50s, and the first ever Porsche with four doors.

Yet with its off-roading capabilities, spacious interiors and dashing good looks, the Cayenne proved everyone wrong by becoming one of the most successful Porsche models ever, even saving the firm from near-bankruptcy.

In Porsche’s quest to SUV-ise sportscars, the new mid-sized luxury crossover gets the same 911-inspired styling as the Macan. The same underpinnings as Audi’s Q7 and Bentley’s Bentayga is also shared here. As expected from an off-roader, the Cayenne will also see a selection of drive modes for any terrain, including mud, gravel, sand, and rocks.

But as the SUV war rages on with luxury car brands, Porsche’s not about to rest on its laurels anytime soon. Here are five ways it has improved the third-generation Cayenne for 2018. Although its wheelbase remains the same, the Cayenne grows a grand total of 63mm in length, while the roof is lowered 9mm for a more elegant and streamlined disposition despite its off-roading prowess. Incredibly, the design wizards at Stuttgart has somehow managed to translate this into 100 litres more luggage space. Despite packing on the standard equipment, Porsche has also successfully shaved 65kg off the hulking new SUV, making it even more fuel efficient than before. 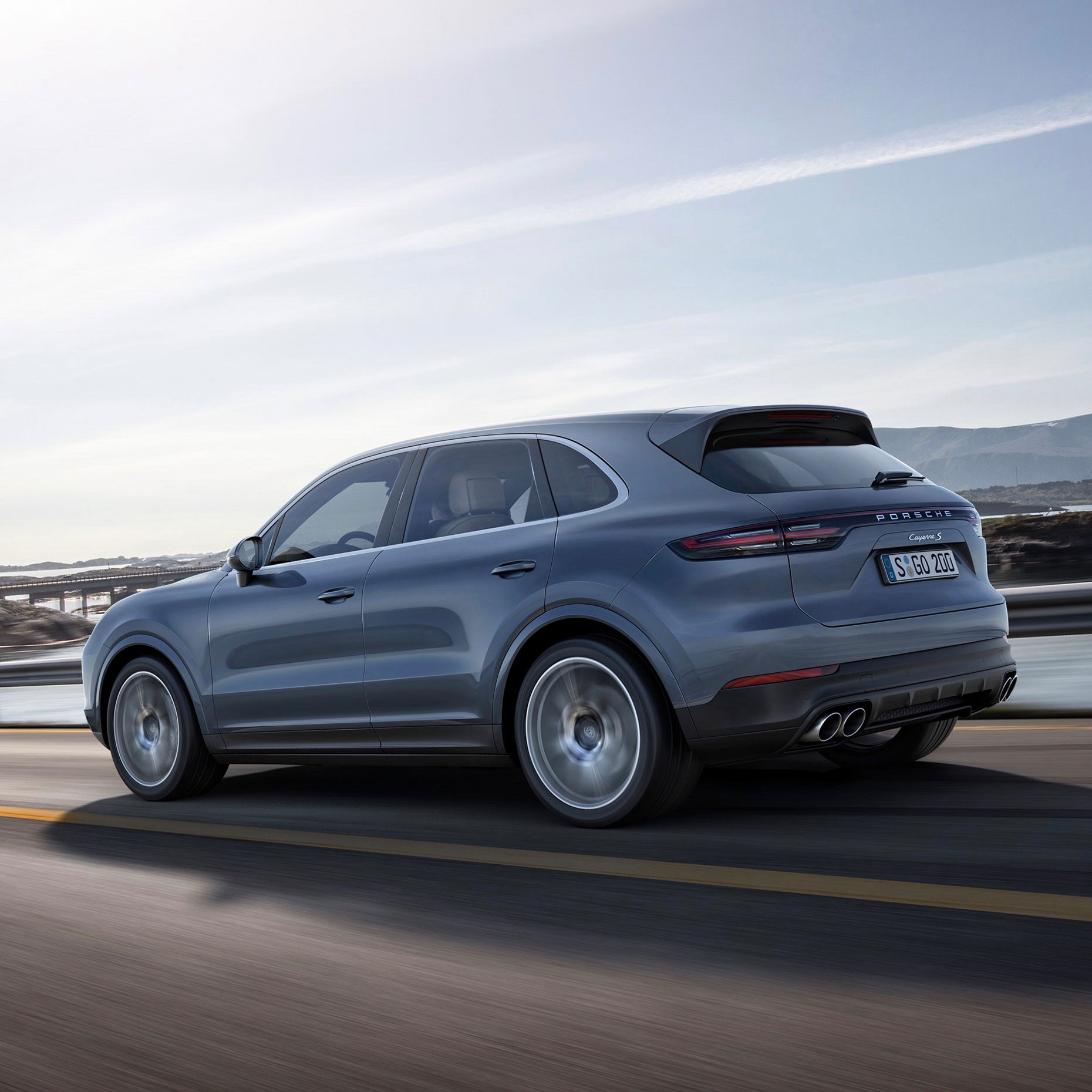 This one’s particularly useful for high speed police chases, but it’s also nice to have for a school or grocery run. For the first time ever, the Cayenne will have rear-axle steering, which means a reduced turning circle that will enable better agility on bends, and stability when changing lanes quickly. After all, if it’s good enough for the iconic 911 and Panamera, it’s good enough for us. 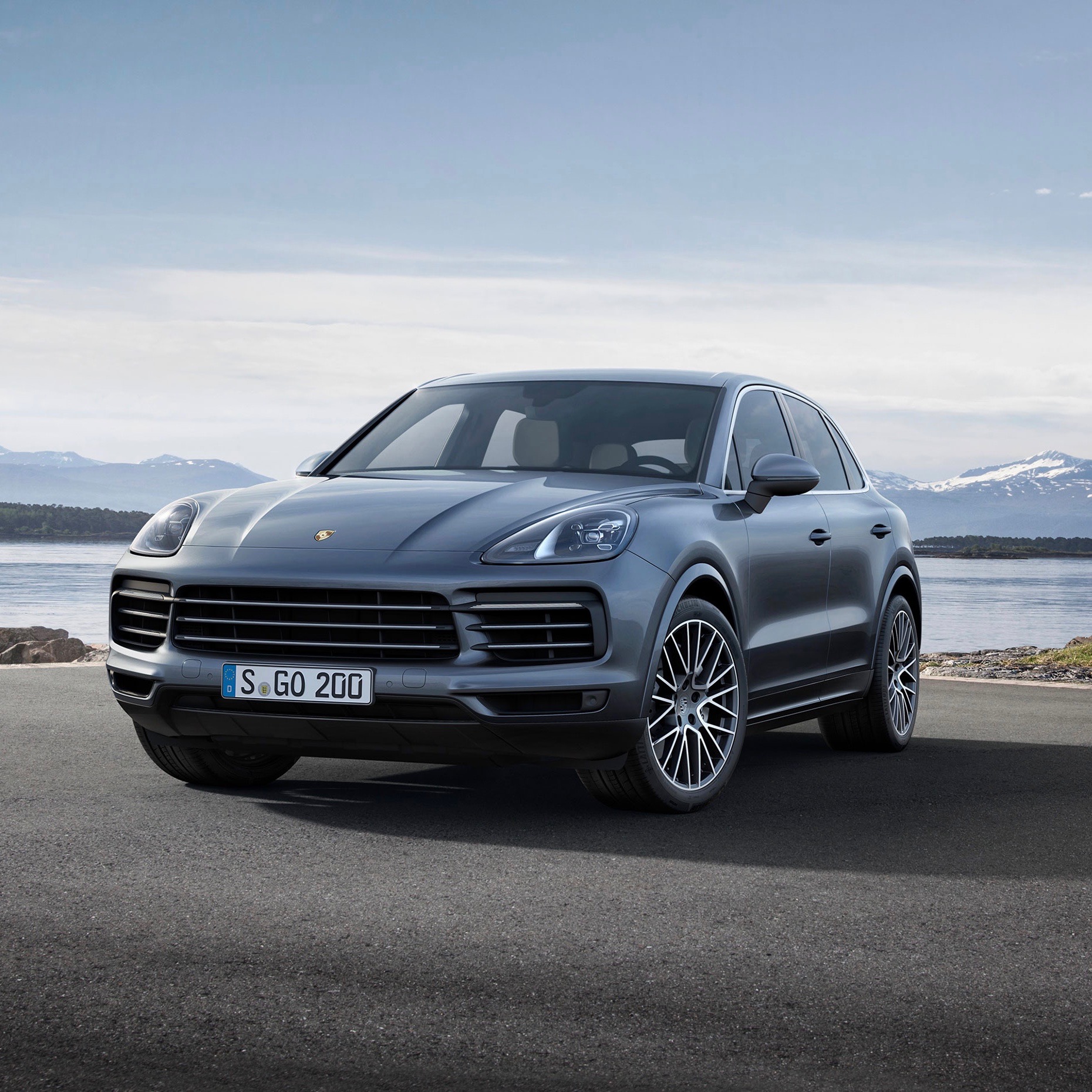 At launch, expect a line-up restricted to a pair of new petrol units. The Cayenne will be outfitted with a 3.0-litre turbocharged V6 that produces 340hp and a torque output of 450Nm, accelerating the SUV to 100kph in only 6.2 seconds and a top speed of 245kph. The Cayenne S gets the more potent and newly-developed twin-turbo 2.9-litre V6. With 440hp (20hp more than predecessor) and 550Nm of torque, performance figures are punchier, going from 0 to 100kph in 5.2 seconds, with a 265kph top speed. Check the option for Sport Chrono Package and you’ll see acceleration times drop to 5.9 seconds and 4.9 seconds for the Cayenne and ‘S’ model respectively. 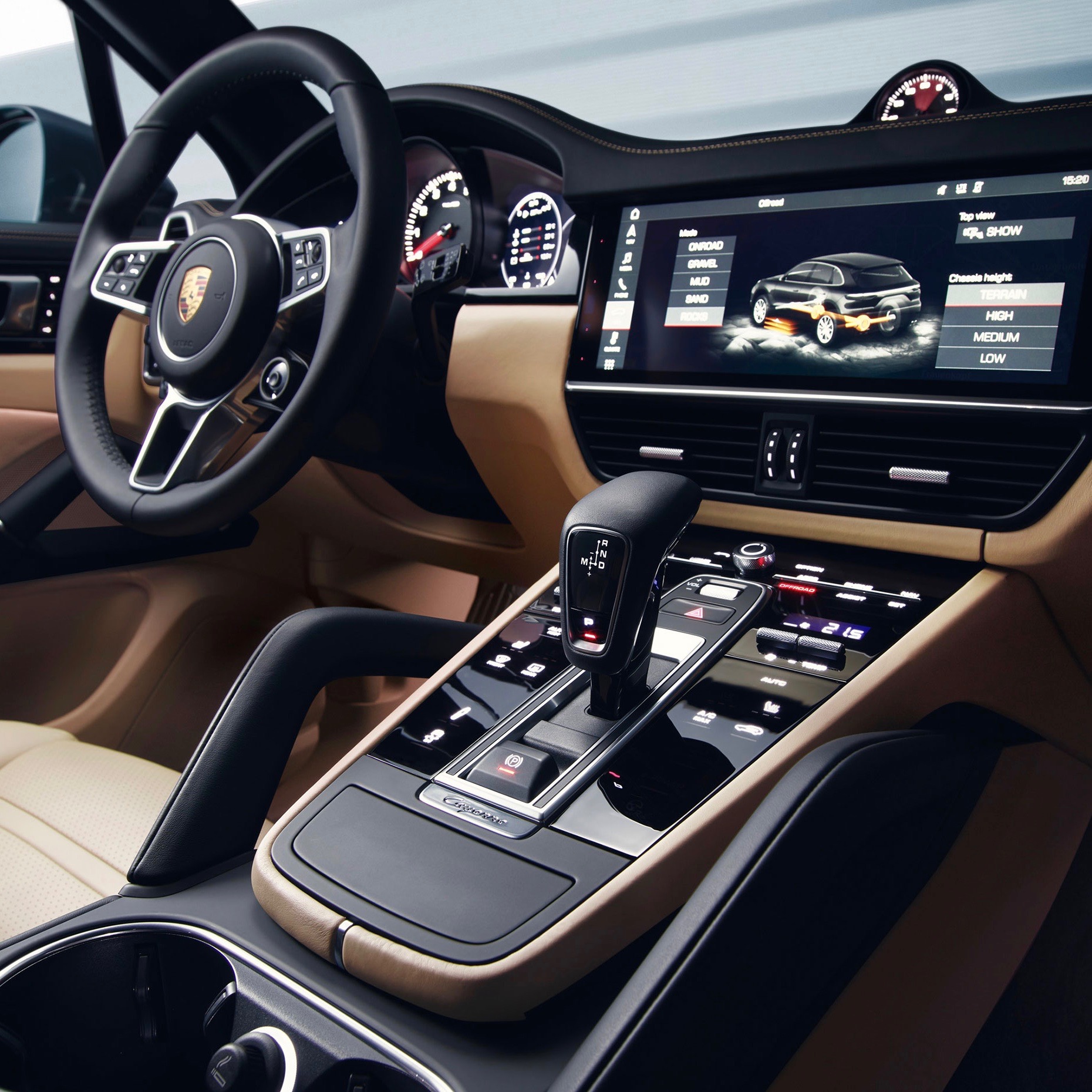 This one’s for you, millenials. With an updated focus on the driver, the Porsche Advanced Cockpit is overhauled with design cues borrowed from the very snazzy Panamera. You’ll notice far fewer buttons on the large centre console as the functions are now moved to the 12.3-inch touchscreen. The signature Porsche-styled central analogue tachometer remains, only it’s now flanked by two seven-inch HD displays that feed relevant driving and entertainment data conveniently. 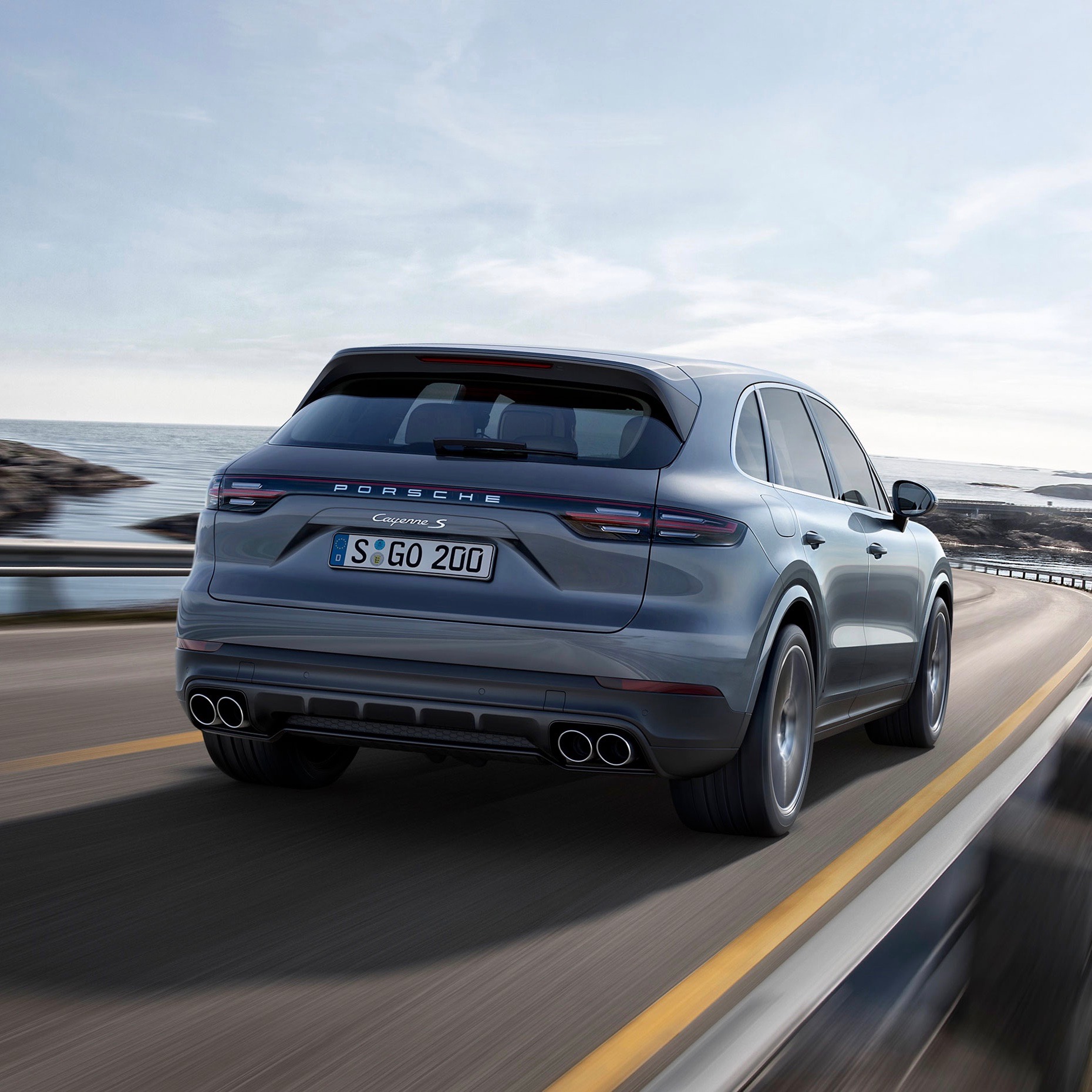 If you felt the Cayenne looked a tad more jacked up than the predecessor, it’s because of several nifty design updates. A more coupe-like roof and enlarged air intakes give the illusion of a sportier disposition. The new end-to-end narrow strip of LEDs also gives the rear a wider stance and a look that’s more in line with their new design language.