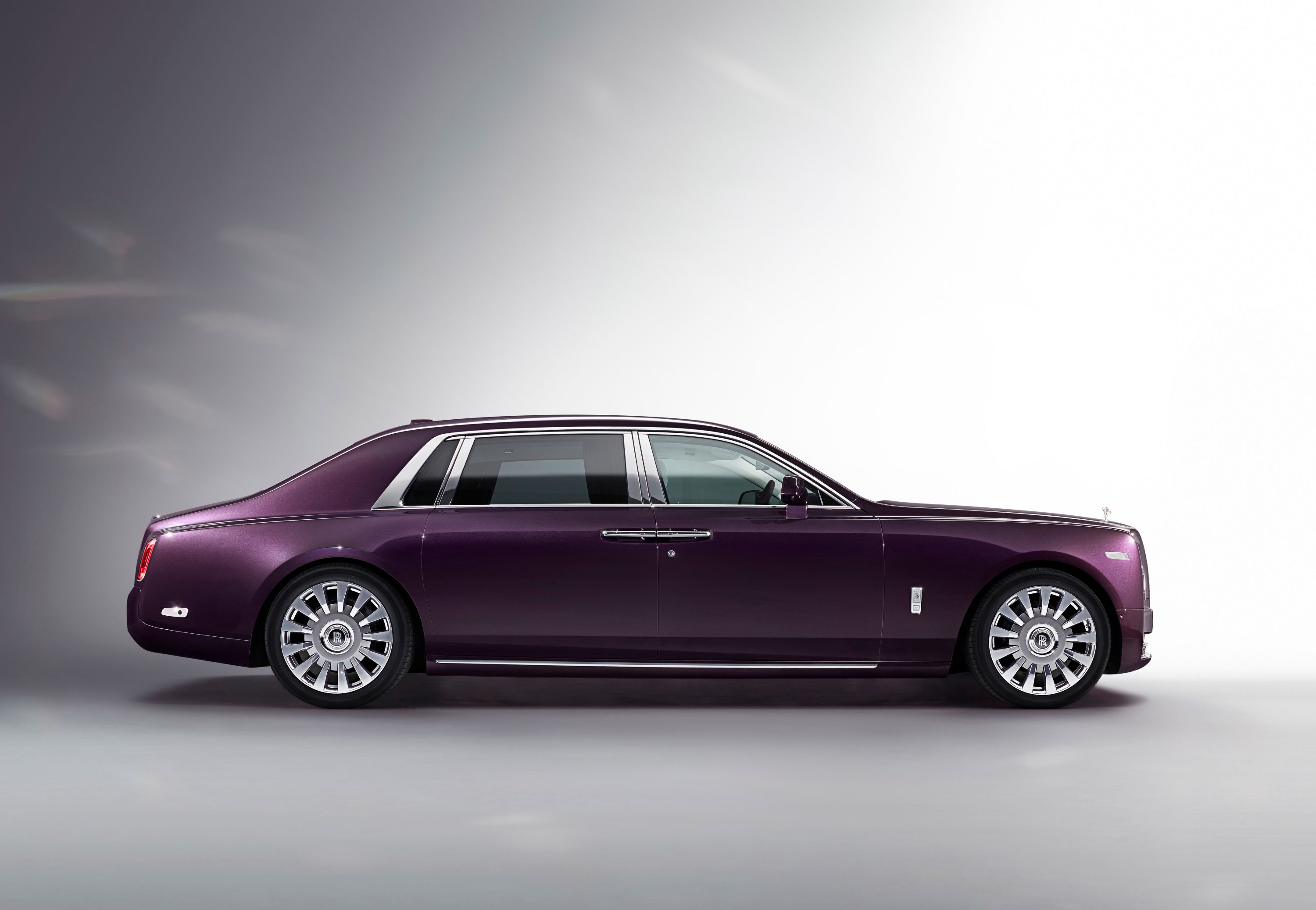 No other luxury name on earth can conjure the same level of status and sophistication as a Rolls-Royce, which is why it’s long been the go-to marque for the world’s richest and most powerful people. But up until recently, Rolls-Royce hasn’t had a new model Phantom — its most iconic car — since its 2003 renaissance, when it launched the seventh Phantom as its first vehicle under the wing of BMW ownership that year.

Fourteen years later, the wait is finally over for Rolls-Royce enthusiasts. The latest generation Phantom VIII launched to global fanfare at an exhibition in Mayfair, London last month, before making its way over to Asia to debut last Friday at an event in Hong Kong. It was an apt choice, since Hong Kong holds the most Rolls-Royces per capita in the world (until Stephen Hung finally decides to open his ultra-luxurious Macau hotel The 13, that is, with its fleet of 30 Phantoms to ferry guests around).

At the Hong Kong event, Ian Grant, Regional Sales Manager for Asia Pacific told guests that Rolls-Royce Motors was confident going into sales for the New Phantom in Hong Kong and Macau, with deliveries to the two cities starting from early 2018. “For almost a century, Phantom has been witness to history as the conveyance of choice for people who have made the world turn — royalty, world leaders, titans of industry and global megastars. Phantom has a long and rich history here in Hong Kong and Macau and we are expecting a strong demand for the New Phantom in both cities.”

The Phantom VIII may be retailing at a cool starting price of HK$9,600,000, but there are a number of unrivalled innovations wrapped up in its all-new, commanding exterior. Here are six reasons why the New Phantom is worth every dollar. 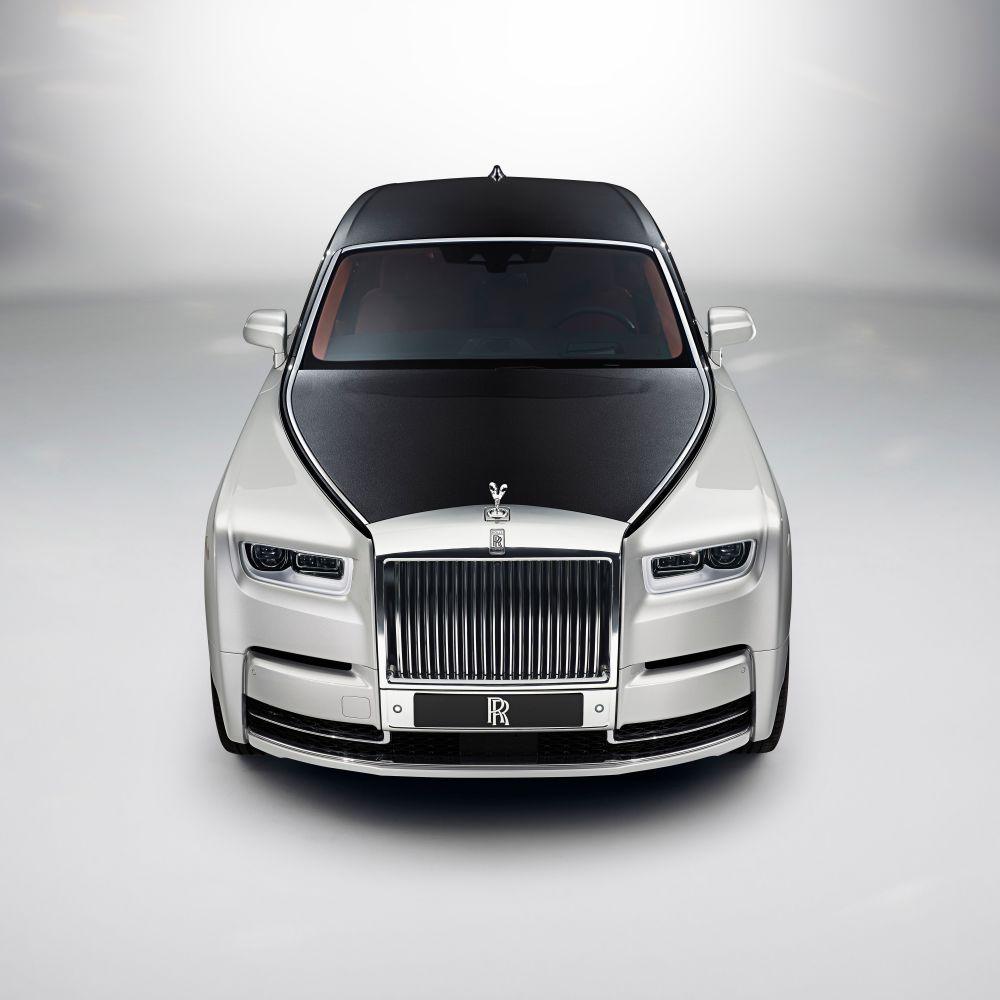 One of the hallmark innovations of the New Phantom is its ‘Architecture of Luxury’ aluminium spaceframe — the Phantom VIII will be the first of many future generations of Rolls-Royce models that uses this skeleton. Thirty percent more rigid than that of the Phantom VII, it’s also lighter, quieter and more technologically advanced with a new double-wishbone front axle and five-link rear axle to give ultimate control over the vehicle, allowing you to take advantage of its four-wheel steering. This gives next-level ride comfort for an improved ‘Magic Carpet Ride’ stability and spaciousness all wrapped up in the Phantom’s regal presence. 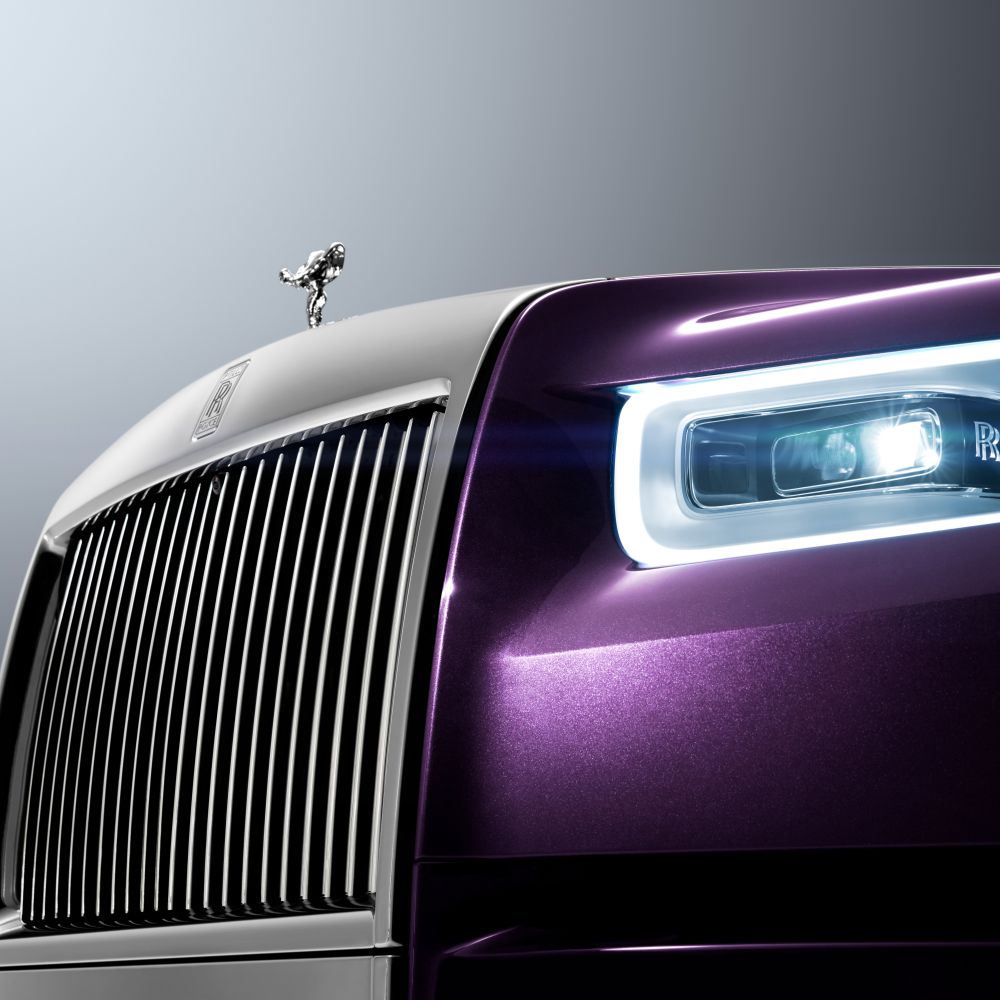 2
King of the road

Speaking of regal presence, the Phantom’s iconic 2:1 proportions here echo the stately silhouette of the Phantom V in the 50s and 60s, but with contemporised touches for today’s owners. The Pantheon grille at the nose has been raised — a design feature first hinted at when the futuristic 103EX concept car was unveiled last year — with the Spirit of Ecstasy on the bonnet sitting just half an inch higher. Expanding on the previous design, the new grille features a more modern and minimalistic look, flowing in to the New Phantom’s cleaner lines. What’s under the bonnet will also ensure royalty status on the road: a brand new 6.75-litre twin-turbo V12 engine, producing 563bhp of power and 900Nm of torque, and far surpassing its predecessors. 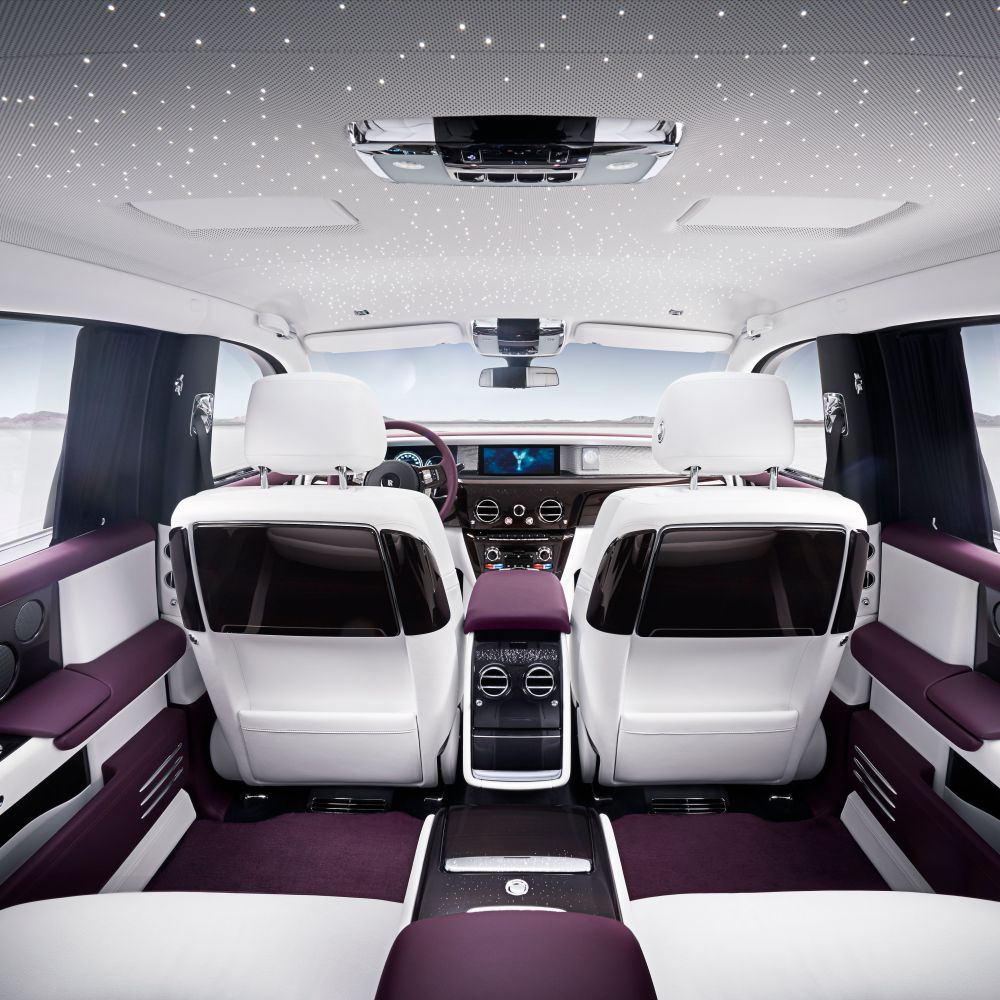 When you sit in the New Phantom, you’ll feel like you’re cruising on an opulent yacht — the seat armrests were indeed heavily influenced by J-class luxury sailing yachts. Handles, seats and in fact every surface in the cabin were made from top-of-the-line materials, from metal switchgears to glass dials and leather-wrapped controllers. The hand-crafted seats offer plenty of headroom and width, and different seating configurations can be customised — whether you prefer intimate lounge seats, separated seats with heated armrests, or the brand-new sleeping seat. The wood panelling across the back of the front seats echoes the classic mid-century Eames Lounge Chair, and hides a table and theatre monitor when not in use. If you opt for a fixed rear centre console, you’ll benefit from a drinks cabinet with space for whisky glasses and a decanter, Champagne flutes and a cool box. 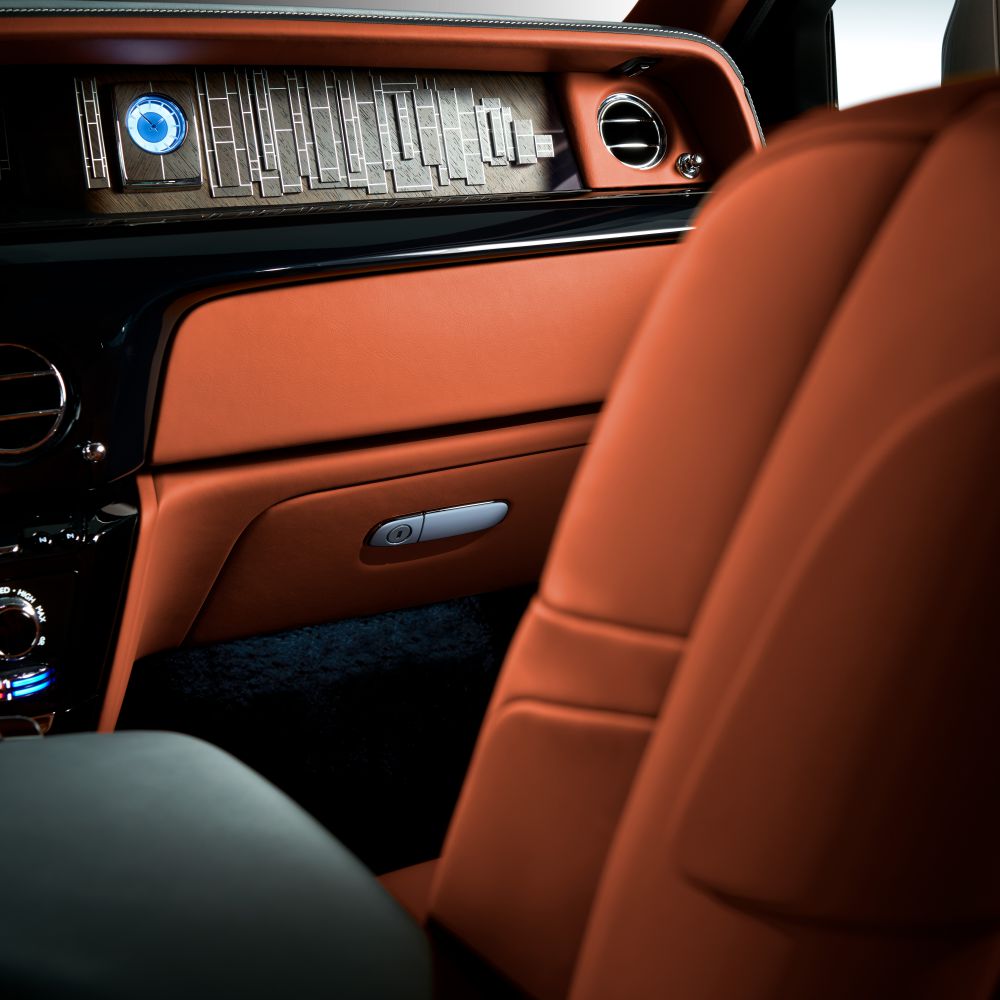 “Many Rolls-Royce clients are patrons of art and have a deep appreciation for art and design,” said Ian Grant at the Hong Kong launch event, “making Hong Kong an ideal platform for us to introduce New Phantom in Asia for the first time, with the city having become a leading international art hub.” Appropriately so, the Phantom VIII is the first car to incorporate what’s called The Gallery — a fine detail that spans the width of the dashboard, which displays specially commissioned works so you can bring your art with you on your travels. Pieces can include oil paintings of England in autumn by Chinese artist Liang Yuanwei, a hand-made porcelain rose by famed porcelain house Nymphenburg, or a gold-plated 3D-printed map of the owner’s DNA by German designer Thorsten Franck — really, anything you wish. 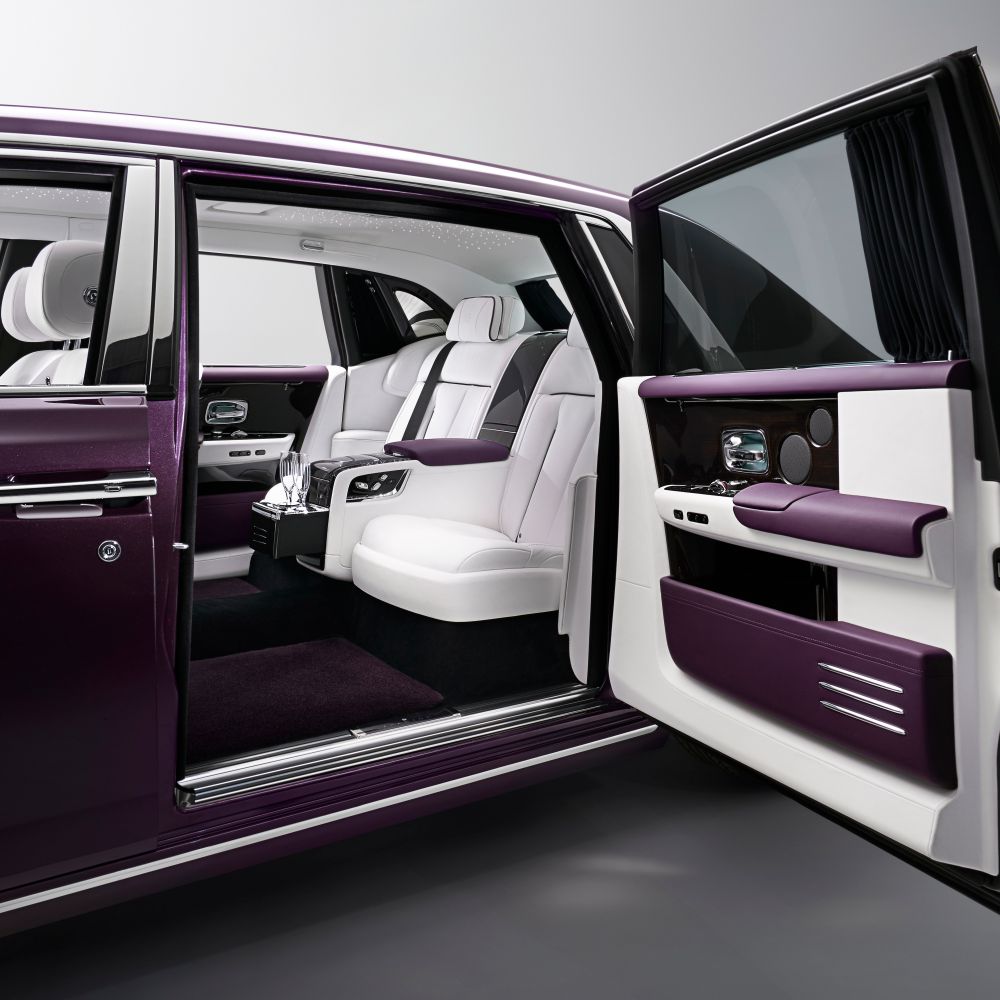 5
The quietest Rolls-Royce ever

If you treat your car as a refuge, or where your most important conversations take place, you’ll take comfort in knowing that the New Phantom was made to be ‘the most silent motor car in the world.’ The New Phantom is 10% quieter than its predecessor at 100km/h — when acoustic test engineers first reviewed it, the sound levels were so low they had to do a double take and check whether their instruments were even calibrated properly. This quietness is achieved by a 6mm double alloy skin glazing all around the car, as well as over 130kg of dense foam and felt sound insulation between the skins. It’s all to absorb road noise and reduce reverberation — all the way down to the tyres, which have a foam layer inside to soak up all tyre cavity noise. 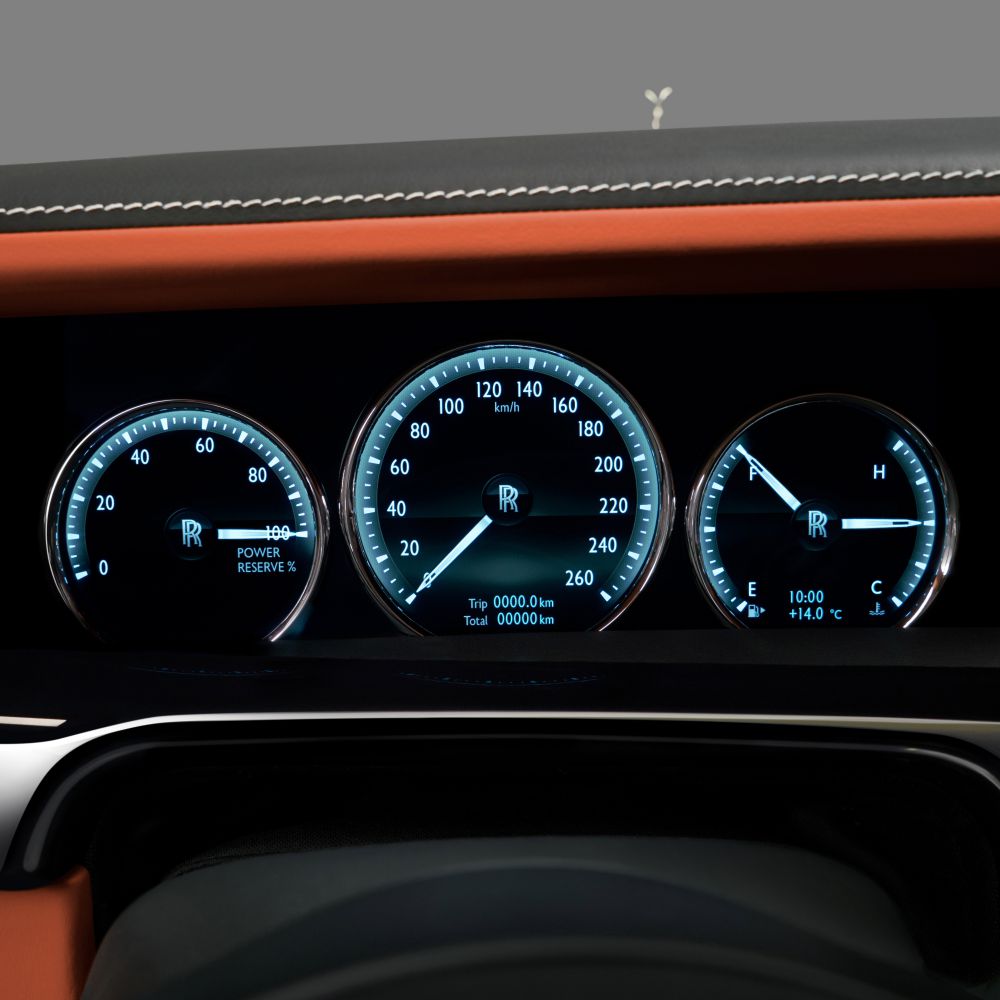 6
State of the art technology

Each Rolls-Royce features the pinnacle of advanced luxury motor technologies, and the New Phantom is no exception. Despite its traditional and stately veneer, as far as gadgets go it’s just about the most techie car available on the market right now. Just a few of the assistance systems include an all-round visibility (with ‘helicopter view’), night vision and vision assist, active cruise control, a WiFi hotspot, and an industry-leading 7×3 high-resolution head-up display.