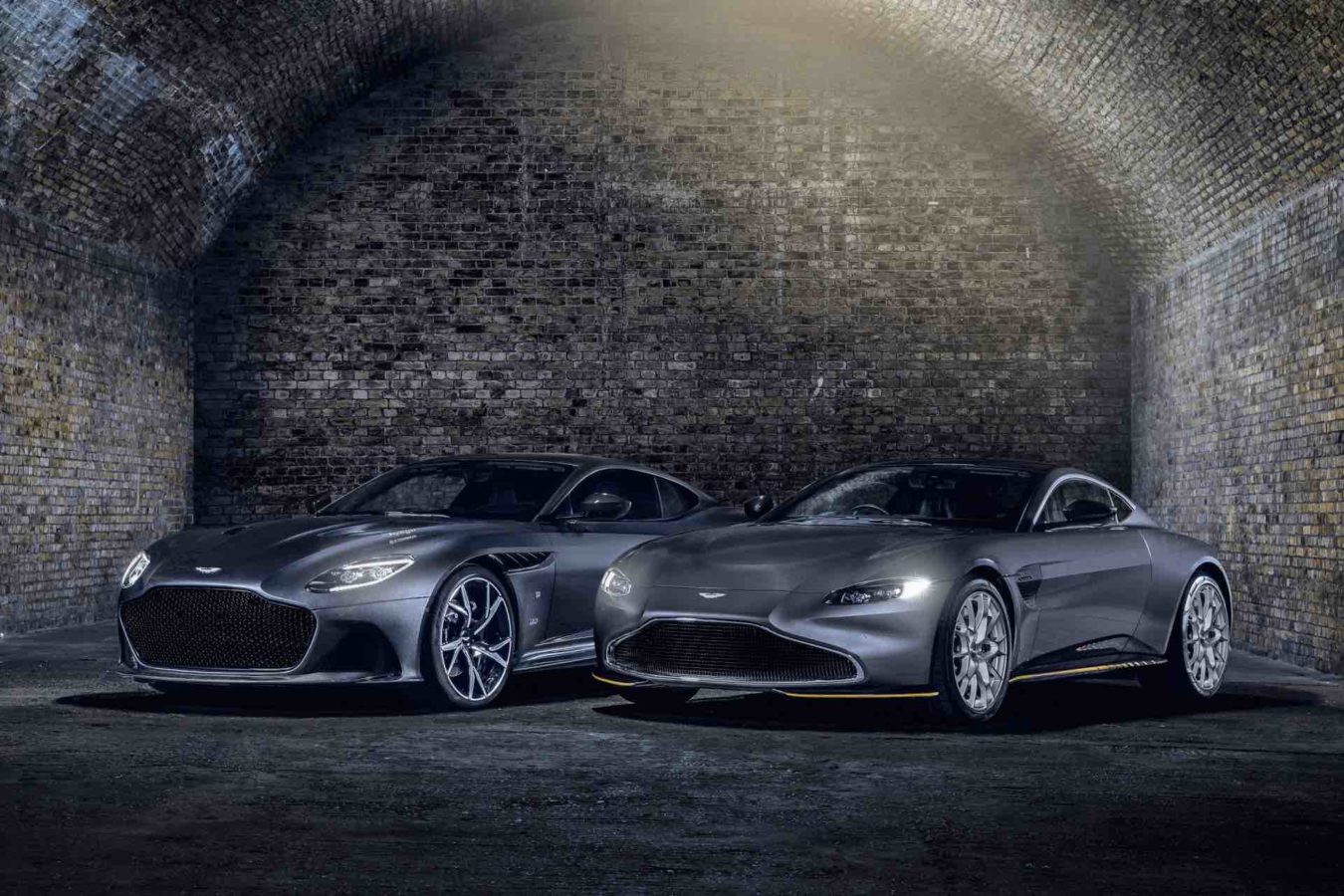 British automaker Aston Martin has announced the launch of two exceptional models on the occasion of the 25th James Bond movie, ‘No Time To Die’ — slated for release in Hong Kong on 12 November 2020.

The new Vantage and DBS Superleggera ‘007 Editions,’ which will be available in the first quarter of 2021, pay homage to the much-loved agent for Her Majesty’s Secret Service.

Both of the cars are produced by the company’s bespoke customisation service, Q by Aston Martin.

The Aston Martin Vantage 007 Edition is directly inspired by the V8, which featured in the James Bond movie ‘The Living Daylights,’ released in 1987. It is notably equipped with a specially designed radiator grille that recalls the 1980s vehicle and is painted in the same Cumberland Grey with an interior in black leather and dark chrome.

It also features a laser-engraved plaque detailing the gadgets and weapons (laser, missiles etc.) that equipped 007’s automobile in the film. Available in manual and automatic versions, the Vantage 007 Edition will be produced in 100 copies. As an optional extra, it will also be possible to acquire skis and a ski-rack for the car, which will also be made in a limited edition.

For its part, the Aston Martin DBS Superleggera 007 Edition, which will be almost identical to the new car driven by James Bond in ‘No Time To Die,’ will notably be equipped with a twin-turbocharged 5.2-litre V12 engine, and feature the same Ceramic Grey paint finish, carbon-fibre exterior trim and 21-inch wheels. More exclusive than the other 007 edition, it will be produced in just 25 copies.

A total of four Aston Martins will be on show in ‘James Bond: No Time to Die,’ which is set to release in November 2020. Along with the classic V8 and the DBS Superleggera, a legendary DB5 and the forthcoming hybrid-hypercar Valhalla will also feature in the film.