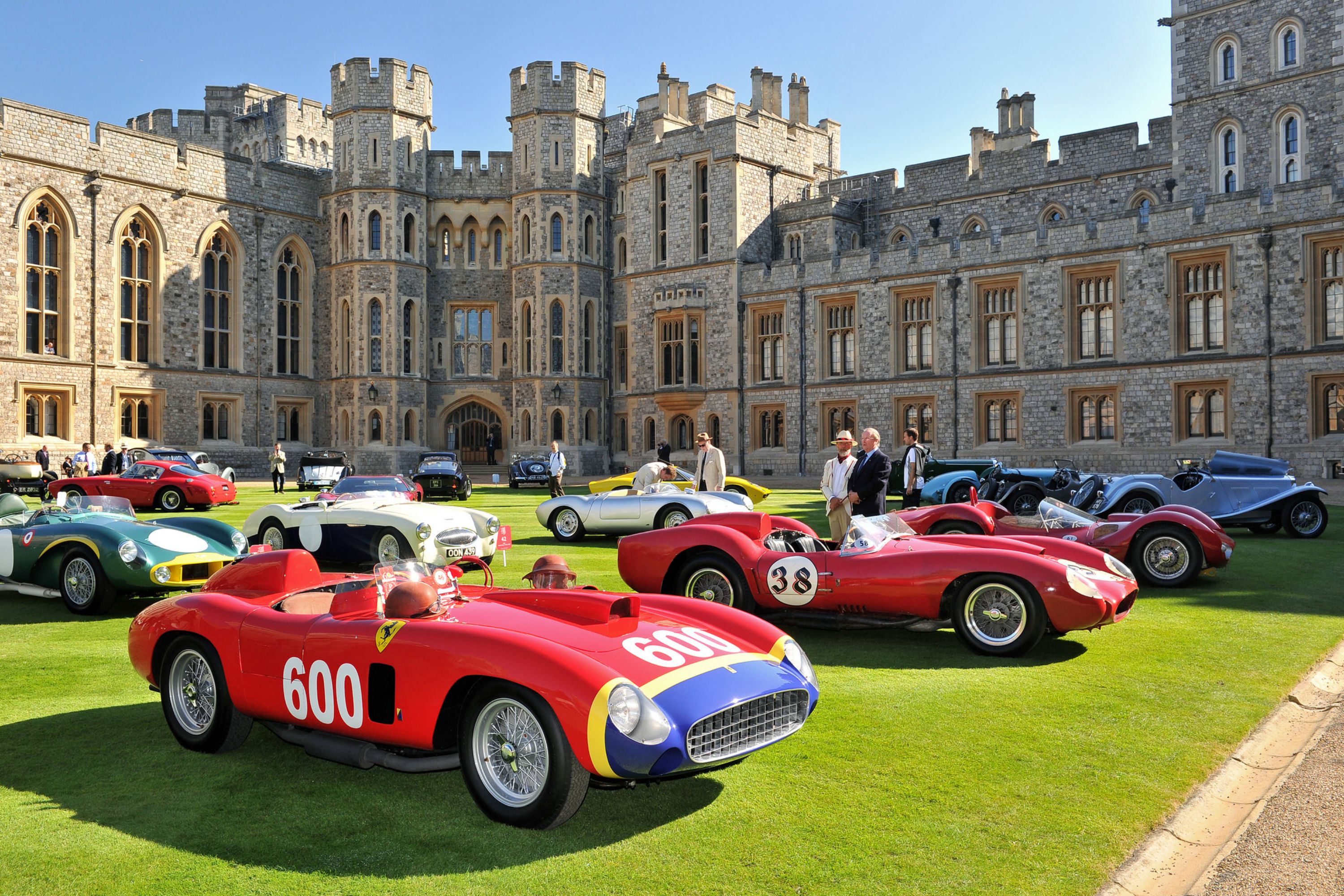 How to buy the right collectible car as an alternative investment

Hong Kong auctioneers and valuations firm Macey & Sons may have specialised in selling fine art, antiques and luxury collectibles for the past 28 years, but its know-how in all kinds of alternative assets is ever expanding. This year, the firm established its Collectible Cars Division, headed up by newcomer Richie Hornung, a man who spent his formative years in the luxury car industry itself — at track days, concourses, car festivals and surrounded by a network of private collectors and specialists.

A member of the Ferrari Owners’ Club in the UK, Hornung is obviously a staunch tifoso (that’s a dedicated Italian motors fan, for the uninitiated). Not only is he able to connect Asian buyers with the best investment-grade cars in the UK, he also wants to spread the enjoyment of collecting classic cars, as well as educate people on investing smartly for some fairytale-sounding profits. We sat down with Richie Hornung to learn more.

You’ve been collecting, selling and investing in high end cars for the past six years. How did you get started?

I was always a car fan from a young age, I had a close family friend who is very influential in the Ferrari and Porsche worlds in the UK. For eight years I used to attend events — track days, car shows, concourse events, gala balls, or anything to do with people who had collectible cars. I was around people that had been doing this for 20, 30 years. That’s how I got into the collectible car business at first. With my family, we eventually bought a car ourselves, because we could see that people were making fortunes buying and selling Ferraris and Porsches, mainly.

What does a ‘classic car’ entail?

To me, classic is a car from the 50s to 70s, maybe early 80s. Then you have modern classics between 90s to early 2000s, and then the cars today would just be modern supercars.

Why invest in collectible cars?

With commercially built, modern cars, you buy it, and it depreciates the moment you drive it. With collectible cars, a lot of cars depreciate, but there’ll be a turning point where they start to appreciate. It’s because of its rarity, or if the car’s been in a film, for instance. The 1994 Porsche 911 Turbo from Bad Boys just flatlined for about five years between January and May 2015, but in the space of three months it went up 400%. That’s because only about 1,300 were made in the mid-90s, and after one of the British TV car shows did a feature on them, everybody went and bought them. Because it was so limited, and the number of investment-grade models was so small, the price just spiked. 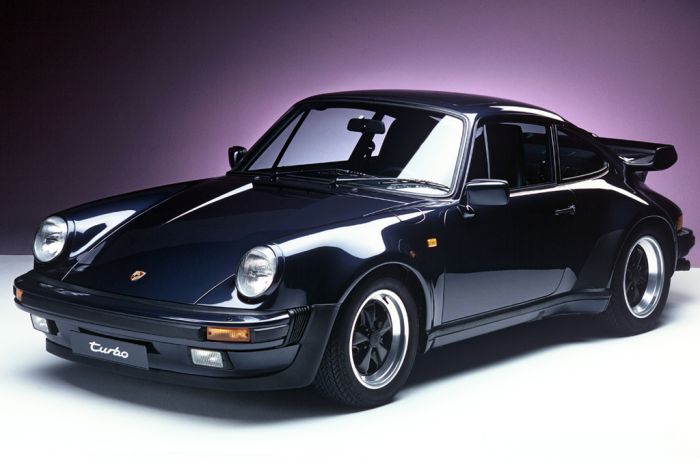 What qualifies as an investment-grade car?

What I mean by investment-grade is if the car has low mileage, it’s in good condition, has a full history, maybe a bit of provenance, maybe a bit of racing history, the ‘right’ colour combinations, and originality — they haven’t changed the wheels, the spoiler, the exhaust, the car is as it was 25 years ago.

How do you determine what cars will go up in value? Is there a concrete way for you to know?

There’s no real exact science behind it. Figures can often be distorted as well, because the value could appear to go down, but it hasn’t really; it’s just that none are being sold. So it’s difficult to gauge. But traditionally, the Ferraris are known as the ultimate car. All the Ferraris in recent history have all appreciated in value. The same with classics — the classic Lamborghinis, classic Aston Martins, classic Bugattis. Some of the modern cars, particularly modern Ferraris and Porsches in their limited production series, they don’t even depreciate anymore. The older generation are buying the classics, but there’s a new generation buying the cars that they loved when they were younger — perhaps they couldn’t afford it at age 19, now they can at age 33. This has pushed the middle market up a lot recently.

How different is it to flipping real estate?

It can be similar, to a certain extent. We have a similarity with off-plan real estate, where they sell it before the property is built. There’s a similar concept with cars — not the classic cars but with current cars — you can get a ‘build slot’ for a car that’s going to be built in a year to 18 months’ time. That slot might change hands two or three times before having the car actually physically built. Obviously, that increases in price each time, because the build slot is available with very limited production cars, maybe of about 300-400 worldwide. But buying cars in general is a much quicker process. If you’re buying property, it can take two or three months to exchange on a house; you can buy a car in a day.

What was the first car you bought for investment? 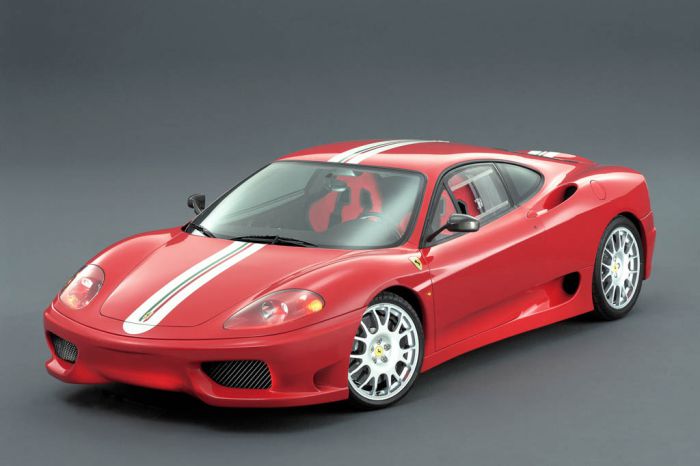 Can you share one or two other success stories?

A friend of mine bought a Ferrari 365 GTC/4. She paid £80,000 in April 2014, and she’s just sold it for about £340,000. A guy I supplied a car to, he bought a Ferrari 458 Speciale (pictured above) — the modern-day version of the Challenge Stradale that I bought — in mid-2015 for about £225,000. He sold that for a profit of £110,000 within the space of two years. It’s difficult to gauge exact success stories, because bear in mind that not everyone sells their cars. Theoretical profits are irrelevant unless you sell. A lot of collectors became investors by accident — they just bought a car they liked, and it just happened to be a good car that rocketed in value. 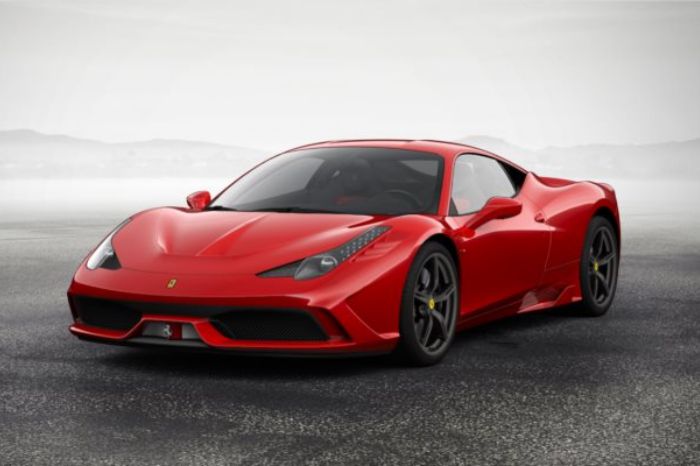 You source your cars from the UK. Why not bring more cars to Hong Kong?

If you import a car here, you also have to pay roughly 115% registration tax. So I’d never advise them to import the car here, because their investment is gone. I try to push clients to go for cars in the UK. Firstly because it’s right-hand-drive, there’s fewer cars. Storage is far less expensive. To have a garage in Hong Kong, it costs a fortune that’s eating into your profit every month. Whereas in the UK, around £3,000 (HK$30,850) a year can get you a very well-looked-after storage facility.

Isn’t it bad for the car to keep it in storage?

No, because the cars are kept in what’s called a carcoon — it’s temperature controlled to protect it from water moisture. With moisture, the car will rust. It also protects it from the elements. You drive the car in, get out, zip it up, it pumps warm air and devices regulate the temperature, depending on the outside temperature. There’s also something called a trickle charger, which is attached to the battery, and it trickles dollops of power — the minimal that the battery needs — so that when you decide you want to turn the car on, it starts. 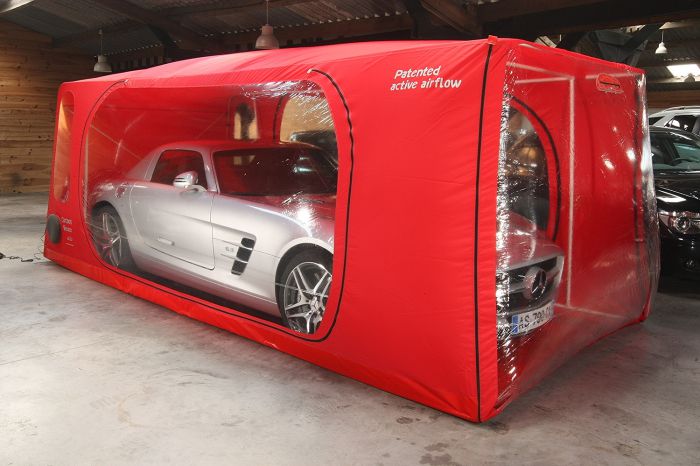 Not everyone uses carcoons, but it’s an inexpensive way of making sure the engine is taken care of. Many classic cars such as Ferraris and Porsches have engines that are very finely tuned, and the smallest temperature difference, having not turned it on for two or three years, can completely wreck the engine.

How fast is the entire process to source and buy a car?

As quick as the buyer wants to do it. If someone says they want a car secured by tomorrow — a lot of cars we source are rare cars. There might only be two or three of it on the market. If the buyer was serious, I’d say to him, ‘transfer me roughly 10% deposit.’ The moment I can send my guy to final the car, securing the car might take as little as 48 hours.

Does insurance cost a fortune on classic cars?

Not really. It depends if you drive it. Our cars are insured for things like being stolen — this is already at the lowest bracket. You don’t have to pay road tax until you decide to drive it. All you have to do is phone up the insurance company, or do it online. It’s rare to find a car that’s perfect. There might be a small scratch on the wheel arch, or on the leather, but when you sell it, you can get it touched up. We’ll advise based on your budget. We arrange all that. Insurance is maybe £1,000 (HK$10,290) a year; Servicing, perhaps £1,500 (HK$15,430) a year, depending on what kind of service you have.

How do you know you’re picking the right car for investment? How do you ensure a good return when you sell?

If you have a car for five years, not everyone will service their car every year. We do, because when it comes to selling your car, your car needs to stand out. So if you have a full history, then people will see that this guy has taken care of his car with immaculate service history, on its appearance and under the bonnet. They’re more likely to buy it at a premium. Even if you’ve got a good car, but with really high mileage, if it had 10 owners, if it hasn’t got a full service history, it hasn’t been stored properly, it will be difficult to sell. 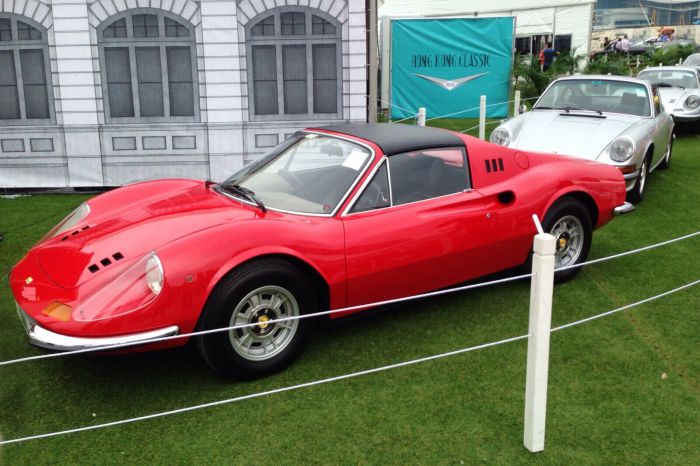 How do you keep track of the latest trends and news in the collectible car world?

There are a lot of car auctions in the world — the biggest one is Concours d’Elegance at Pebble Beach, USA. That event is a real good indicator of where the market is going. At the recent one, they had a 70% sell-through-rate. The most expensive Aston Martin ever sold was sold there, and generally indicating that things are starting to pick up again, particularly for the modern classics and the slightly lower end.

What’s the most important piece of advice for beginners to car collecting?

On paper, it appears to be quite a complicated procedure, but it really isn’t. Set yourself a budget, and stick to it. As an investor, you can’t not, because you’re doing it to make money. I will generally push people towards Ferrari and Porsche. These are the two big winners. The thing with these two versus a marque such as Lamborghini is that Lamborghinis don’t have much of a racing history. Porsche and Ferrari have been racing cars forever. A lot of the limited production models are cars based on racing series. For a car to enter a racing series it has to have a limited production of cars built for the road. It’s usually about 25. Those are worth an absolute fortune because you’re selling one out of 25 of them ever built in the world.