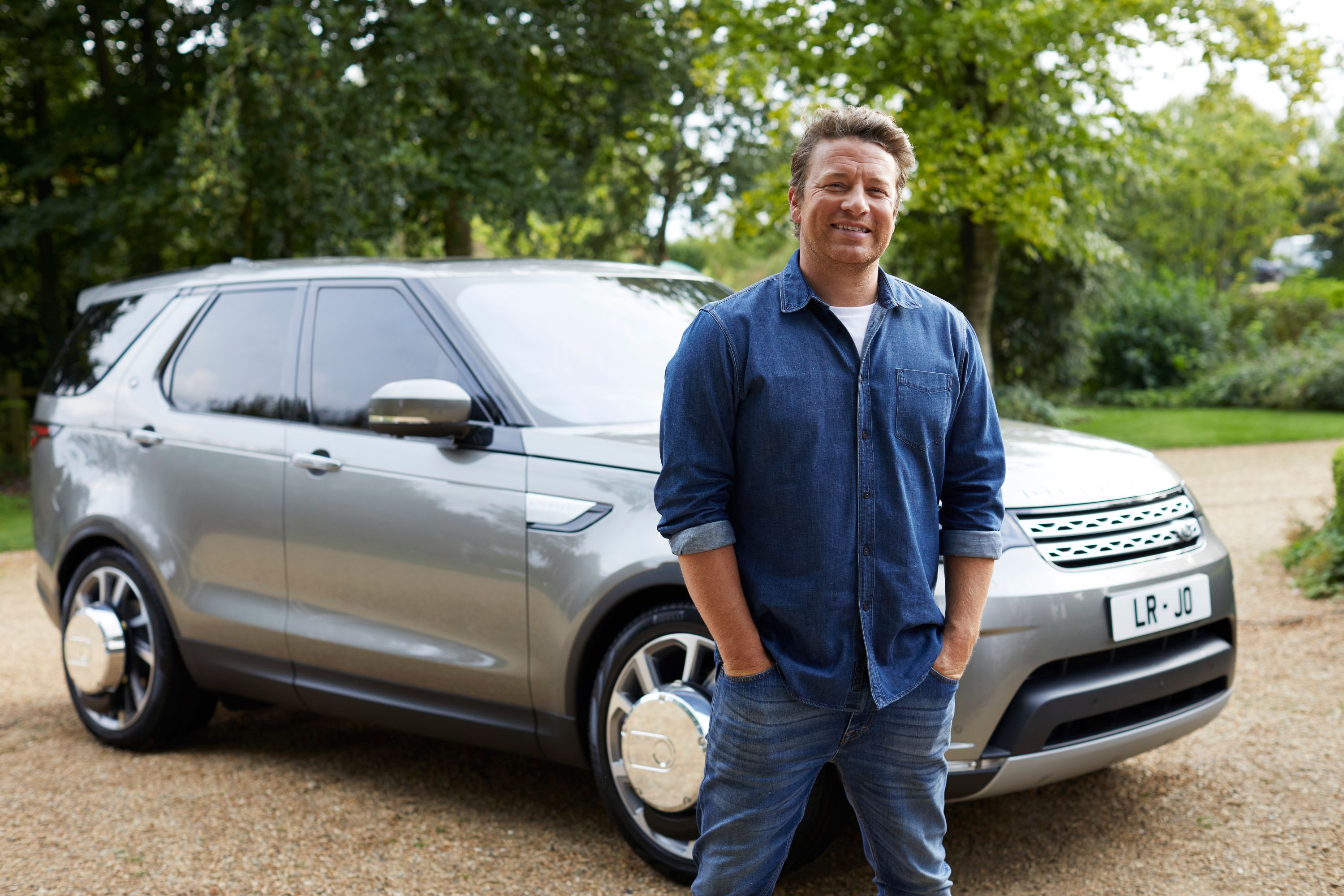 If you thought in-car champagne cooler consoles were the pinnacle of pimping your car, think again. A collaboration between TV celebrity chef Jamie Oliver and Jaguar Land Rover has brought to life a one-of-a-kind car that offers the tools to cook a multi-course meal and more.

Working together with Jaguar Land Rover’s Special Vehicle Operations, Jamie Oliver was able to create the bespoke kitchen on wheels of his dreams via the marque’s versatile Land Rover Discovery. And unlike Audi Japan’s mouth-watering April Fool’s Joke in 2015, this custom-made culinary vehicle is very much a reality.

The Discovery is a seven-seater off-road SUV after all, which means it’s pretty much made for family outings, and the ingenious (and numerous) features can cater to breakfast, lunch, dinner and nibbles in between for Oliver’s family.

Starting from the front seats, the centre console mounts a two-slice toaster (perfect for hectic mornings) and a jam store fitting three pots of jam and a knife just behind the climate control deck. Attached to the wheels are three butter churners making 5 litres each — with an attachment for you to make your own ice cream too.

With just a flick open of the Land Rover Badge, Oliver can mount a full rotisserie at the front of the car, enough to roast up to three chickens, one turkey, a leg of lamb or even a small suckling pig on top of a Land Rover barbecue ‘grille’ (yes, it is indeed fashioned after the car’s own grille design). He can also pop in a pasta cutter to roll out fresh noodles whenever he wants. Under the bonnet, some people may get revved up with the thought of a 4 litre engine, but here, just next to the engine itself is a 4.7 litre slow cooker for all your stews and soups. We’re not quite sure how a beef bourguignon can taste next to all that motor oil, but it’s an inventive and resourceful addition, no doubt. Other incredible modifications of this dream kitchen-mobile surround the 1.1-metre-wide kitchen worktop at the back of the car, which folds out from the car’s spacious, 2,500 litre trunk. It includes two gas hobs, a sink, as well as doubles as a dining table. Sliding out from that is also a 40” flat screen TV. From this work station, you’ll find a spice drawer, an olive oil and vinegar dispenser hose, a unique pestle and mortar, and located outside the rear windows — a separate spice rack and live herb garden that gets safely tucked away when not in use. 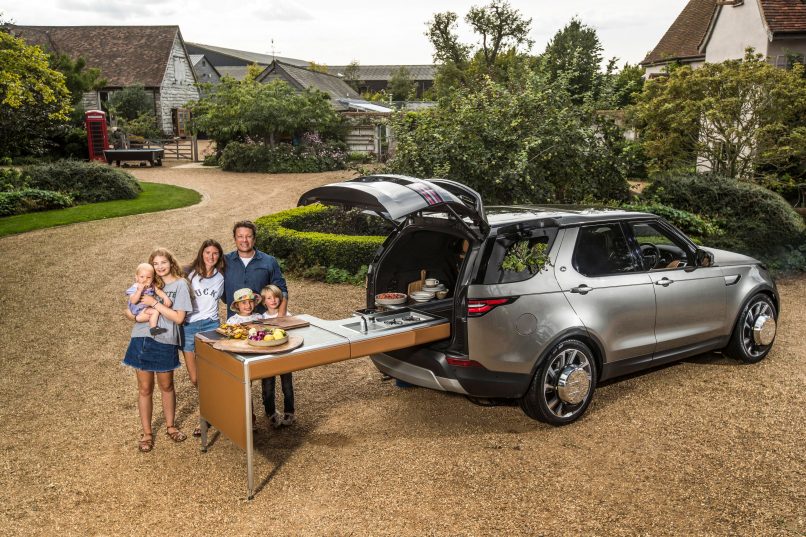 With the fall breeze soon settling in, it’s approaching optimum outdoor barbecue weather in Hong Kong, making us wish hard that everybody could commission a car like this…

Fan of Jamie Oliver’s cooking shows? You can watch what the TV chef cooks up in his car in a three-part series on his YouTube channel.

Family Kitchen Land Rover SUV coachbuilding Jaguar SUV bespoke car Jaguar Land Rover Land Rover Discovery
Evelyn Lok
Managing Editor
When not trying out the latest beauty and wellness trends, Evelyn is likely enjoying a perfectly balanced negroni or exploring some of Hong Kong's best new places to eat and drink. At Lifestyle Asia she covers everything from the biggest events in town to interviews with Hong Kong specialists, with topics spanning art, food and drink, health, tech, and travel.
Beauty Wellness Events Art Drinks
Sign up for our newsletters to have the latest stories delivered straight to your inbox every week.