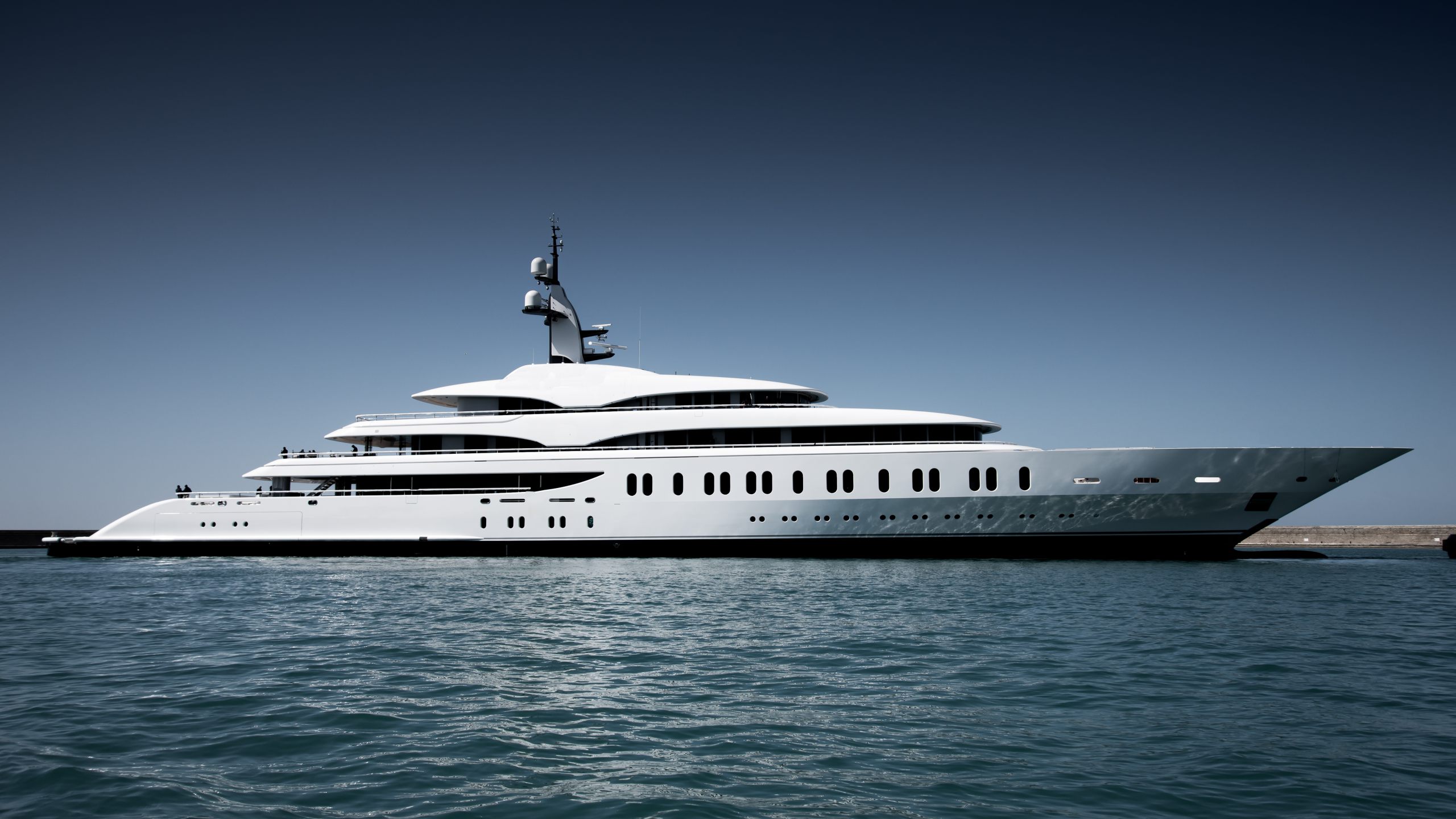 When the established norm of a custom yacht builder is typically to release one or two boats a year, Italian luxury yacht brand Benetti — the oldest Italian shipyard specialising in luxury yachts — has achieved what no other mega yacht builder has ever done before: It recently launched three giga yachts in record speed — all debuting within 100 days of each other.

The 107-metre motor yacht FB277 was unveiled last December, followed by the dazzling 100-metre steel yacht FB272 in February, and finally the latest model, the 108-metre fleet flagship FB275 in March. (By industry definition, a giga yacht is considered as such when it surpasses 67 metres, where the majority of the yacht is a bespoke build.)

This tremendous milestone underscores the success of the Benetti brand over the years as its private shipyard at Livorno continues to build innovative, cutting-edge custom yachts — speedily delivered and fit for Russian oligarchs, Saudi royalty, and all manners of ‘Crazy Rich Asians‘ alike. Completing their ambitious agenda this yacht season required around five million hours of skilled work and an investment that crossed the HK$133 million mark. The expenses not only included the building of the yachts, but more importantly, crucial expansions at the shipyard that made the quick construction possible. With these three launches, the Azimut Benetti Group kicks off its 50th anniversary milestone.

This record-breaking 107-metre vessel launched in December last year and features a vertical bow with a long, slender profile. The unpretentious creation has a beam that spans 15.2 metres at some points. It is the largest superyacht ever delivered in Italy by a private shipyard.

This superstructure is powered by a diesel-electric propulsion system that gives it a top-end speed of 18.5 knots. She has all the frills one would expect from a luxury vessel — a large swimming pool up on the sundeck, a spa with hammam in the beach club, as well as a touch-and-go helipad on the foredeck.
The interiors planned by Benetti’s in-house design team assure the owner’s privacy while affording exceptional water views. On the main deck are seven VIP cabins with spacious ensuites. The intimate saloon on the upper deck includes a private cinema and a grand piano for relaxing after a day out on the water. With more on the way, the giga yacht is expected to be available for charter from summer 2019.

Continuing with chapter two of its “Giga Season,” Benetti launched this ginormous hybrid giga yacht in February this year. The huge steel structure is fuelled by a state-of-the-art hybrid propulsion system that ensures this yacht cruises in vibration-free silence.

The FB272 has a length of about 100 metres and a beam of 17 metres. Zaniz Jakubowski of Zaniz Interiors was at the helm of designing both the interiors and exteriors. The six decks on the yacht provide plenty of alfresco spaces to revel in the beauty of being on the water. Above the main deck is the wheelhouse, a charming private deck that leads to the helipad, equipped with a fuelling/de-fuelling station. In addition, the yacht is fitted with a waste-heat recovery system conceived by the owner to save electrical power.

Benetti celebrated the completion of the first phase of its “Giga Season” with its third launch — the 108-metre FB275 in March this year. This impressive pleasure craft, stretching 108 metres in length, boasts impressive technical prowess besides featuring a cinema, a gym with sauna and a drop-down balcony. The streamlined hull has a 14.5-metre beam with a draught (the minimum depth of water it can safely navigate) of 4.4 metres. It is designed to cruise the oceans for thousands of miles without the need to refuel, all owing to its 345,000-litre fuel tank.

There’s ample outdoor space, spread across five decks. The observation deck offers breathtaking views up top; while the bridge deck features L-shaped sun pads suited for sunbathing and nighttime lounging around a firepit. The owner’s deck has its own exclusive dining and seating areas. In addition to a large heated pool on the main deck, the design has also prioritised water sports: A foredeck features 14-metres of space that can house two tenders, while the 10-metre lower deck acts as the yacht’s garage, stowing up to eight maxi jet skis. A 1,500-litre refuelling station is available for all the toys on board, while five cranes, two special hydraulic scissor-type lifts make unloading and stowing quick and effortless.

Paolo Vitelli, president and founder of Azimut|Benetti Group said, “In the creation of these three sister yachts, we have proven that our huge investments and constant endeavour to progress has, and will, continue to pay off.” The Benetti team shows no signs of slowing down: the yacht maker is still cruising off its recent win at the Asia Boating Awards in April, where its FB269 “Spectre” (above) took the crown for the best custom-built yacht category.