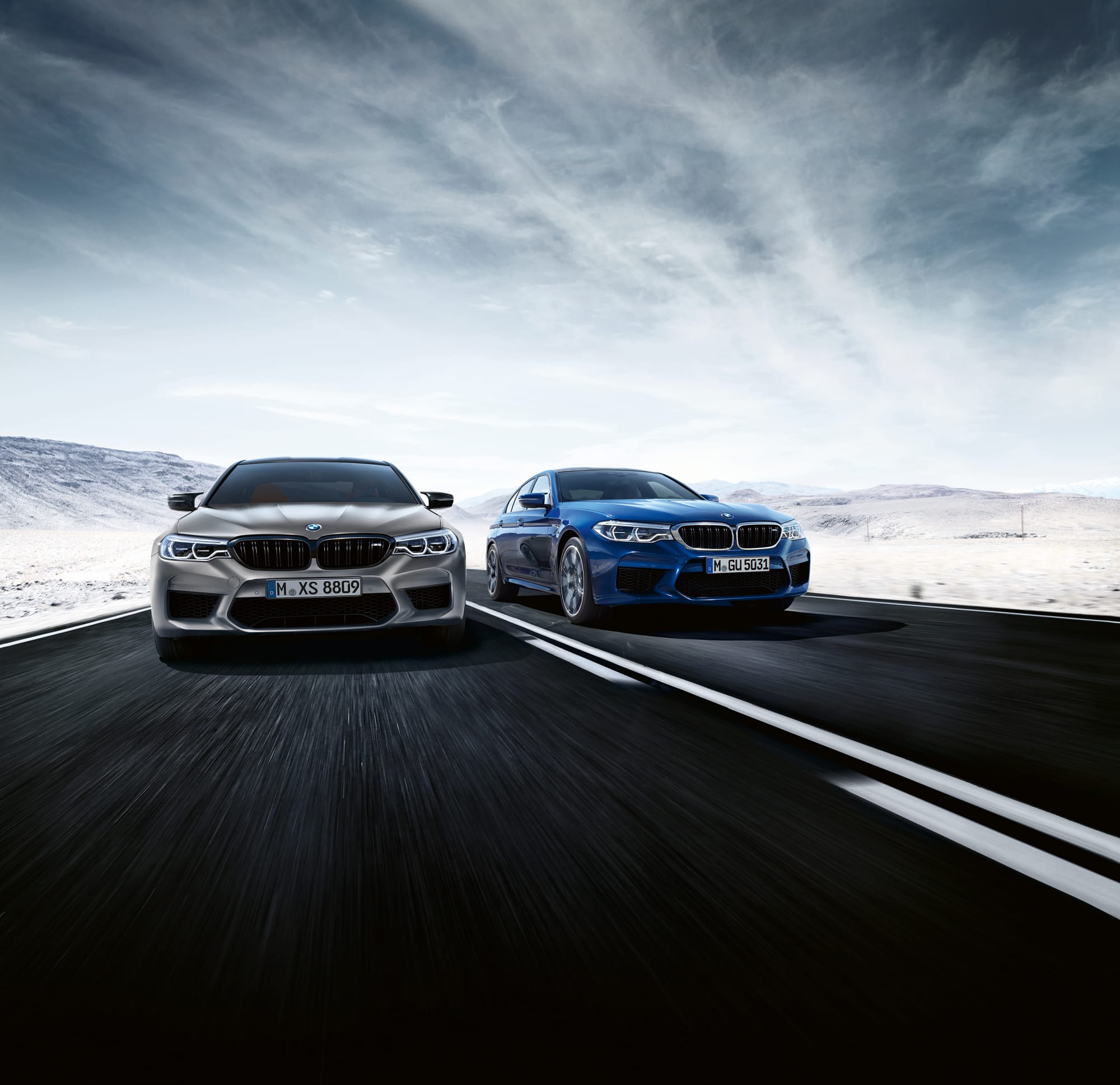 The M5 has been in our lives for generations and you can’t ignore the benchmarks it has repeatedly set for years, including outfitting a V10 at the same time they were running one in their Formula One cars. Now, the marque brings back the spirit of racing with the BMW M5 Competition — and it’s more powerful, looks more aggressive, and drives a tad stiffer than the regular (but already beastly) M5.

The M5 Competition comes hot on the wheels of the M2 Competition — launched earlier this year — heralding a new era in which the M Division’s more focused products arrive as standalone models instead of via Competition Packs.

As you’d expect, the latest M5 Competition is immodestly fast and although the days of the mighty, naturally-aspirated powerplant are long gone, the new 4.4 litre twin-turbo V8 is equally capable, judging from the 617hp (more than the Mercedes-AMG’s E63S’ 604hp) and a whopping 750Nm of torque.

Now we usually get goosebumps at the thought of that much power being sent to a rear-wheel drive juggernaut like the M5, but the special division has tamed the beast this time. An all-wheel-drive takes its place, enabling it to reach 100kph in only 3.3 seconds, and on to a limited top speed of 250kph. If that’s not enough to illicit an approving nod, the M Driver’s Package will top that up to 305kph.

Aspiring pro drifters will revel in the fact that there’s a feature to shut off the all-wheel-drive, which runs all the power to the rear. But if the ultimate acceleration and cornering performance is what you’re after, then we’ll recommend keeping all four wheels directly connected.

To help further your cornering advantages, the BMW M5 Competition comes equipped with a newly-tuned chassis and suspension. The car is lower overall, and everything is a bit firmer. The exhaust note is also unique and makes the type of music that the standard M5s won’t be able to recreate.

Engine responsiveness is optimised via new mounts which, when connected to the eight-speed Steptronic automatic transmission, promise a smooth and engaging driving experience.

Visually, the BMW M5 Competition is easily distinguishable over the standard M5. Black high-gloss finishes over key aerodynamic features such as the exhaust, rear spoiler, apron, central diffuser, kidney grille, wing mirrors, and side air vents. The word ‘Competition’ below the M5 badge is one of the easter eggs in this special edition.

The bonnet is comprised of aluminium and the roof is made of carbon fibre reinforced plastic to save weight. Its wheels are just as unique, sporting four 20-inch M light-alloy forged rims in a Y-spoke style. Behind them are carbon ceramic brakes.

It’s typical 5 series business inside, with all the bells and whistles associated with an M car. This includes more supportive seats, driver performance-oriented buttons, M insignia, and a lot of space for something this breathtakingly fast.

Although the car can be quiet at your command, stick it in sport mode and the speakers will pump a more invigorating version of the engine’s sound straight into the cockpit – quite common in this day and age of highly-tuned turbo engines, and just enough to make you feel alive again.

Thanks to its all-wheel-drive offering, the M5 Competition will finally be able to really go after the Mercedes-AMG E63S in a segment that Beemer used to dominate. Nevertheless, both cars are absolutely brilliant and with such close performance figures, the decision will probably come down to whether you’re a fan of the company from Munich or Stuttgart. Whichever you choose, you can rest easy knowing there’s never been a better time to be in the market for a luxury performance four-door than now.

The Most Remarkable Formula 1 Tracks Around The World