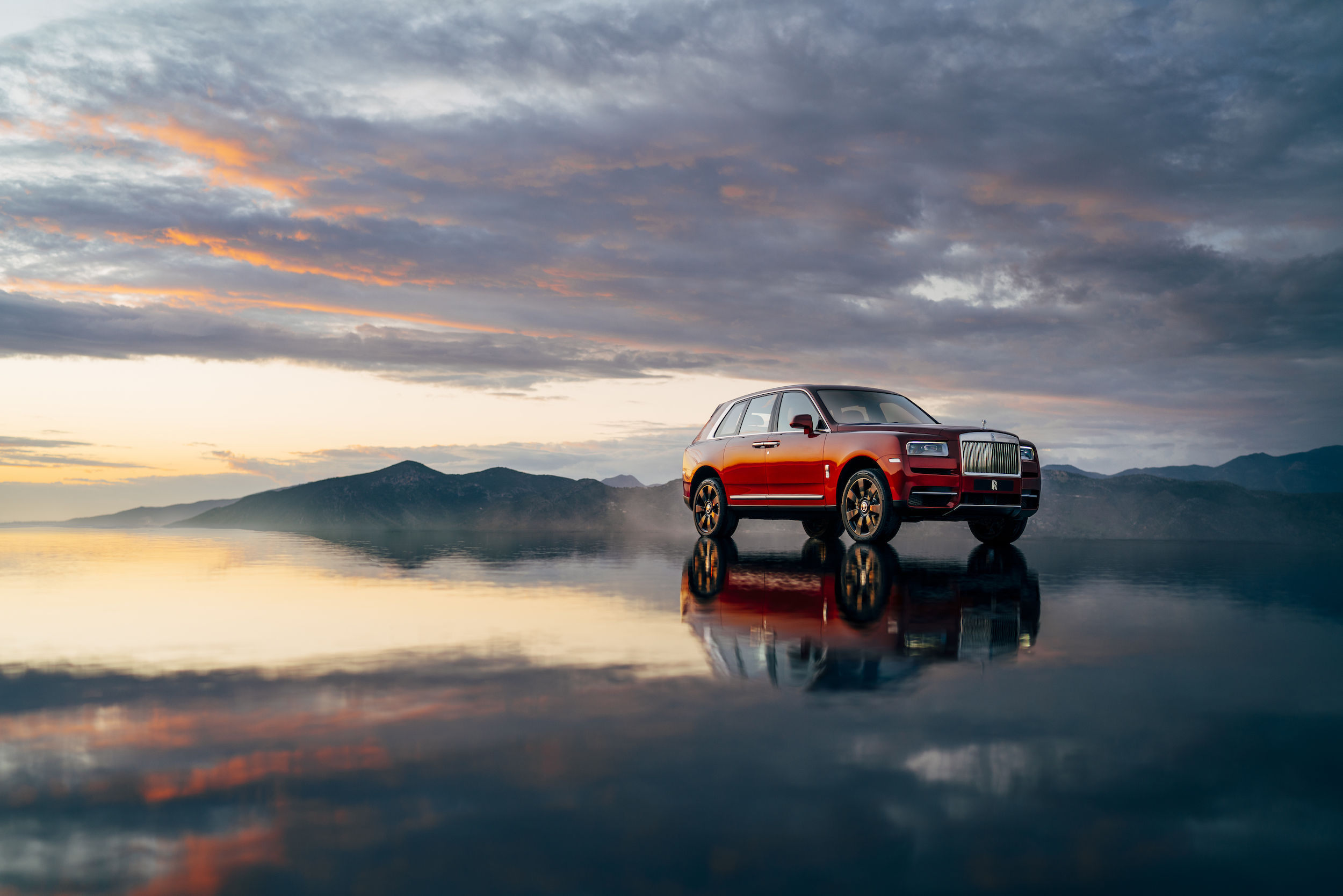 Just when you thought the automobile industry couldn’t faze you anymore after the track-hungry Lamborghini announced the Urus, Rolls-Royce — maker of some of the finest rides since 1904 — has rolled out its very own all-wheel drive, all-terrain vehicle: The Cullinan. As you’d expect, it is the granddaddy of all SUVs.

Rolls-Royce is synonymous with ultra-luxury, and its super-wealthy clientele will surely appreciate the fact that they can now go off the beaten tracks in what is essentially a leather-swathed tank. Like the glossy G-Wagons and fully-kitted Bentaygas that spend more time parked outside Harrods in London than their actual garages, the Rolls-Royce Cullinan is destined to be wildly favoured for being so unapologetically over-the-top. Especially with the fact that it’s been named after the largest diamond ever discovered.

Spirit of Ecstasy aside, the Cullinan is recognisably Rolls-Royce with an imposing grille and compact rectangular lights akin to the Phantom’s. The massive proportions are now accompanied by a prodigious height and strong lines, making it appear more upright and aggressive than its saloon counterpart. The purposefulness of the Rolls-Royce Cullinan is unmistakable, and you can thank Director of Design Giles Taylor for that.

“At this point in the history of automotive design, SUVs have become homogenous and ubiquitous,” Taylor mused. “The label SUV is now applied to anything with a two-box silhouette and the least suggestion of going off tarmac. We envisioned an authentic, three-box all-terrain high-bodied car with a convention-challenging design and absolute capability that would satisfy the adventurous urges of our clients.”

As the first three-box car in the SUV sector, the Cullinan sees a glass partition that creates a distinct separation between the passengers and their luggage, because god forbid you’re harassed by the sight of your belongings throughout the trip. This also means the cabin is quieter, and its climate is optimally regulated for all passengers. For the first time ever, there’ll be an opening tailgate, which goes simply by a special monicker, ’The Clasp”, and can be controlled via the key fob. Boot space is a commendable 560 litres, and burgeons to 600 with the parcel shelf removed.

Riding on the same Architecture of Luxury – the new proprietary all-aluminium architecture — as the current Phantom, alongside the latest generation of self-levelling air suspension, the SUV maintains its famous ‘Magic Carpet Ride’. The marque is surprisingly confident about this because it’s been tested on the toughest of terrains and climates.

The Rolls-Royce Cullinan is powered by a hulking new 6.75-litre twin-turbo V12 that makes 563hp and is tuned to glide over rough track, gravel, wet grass, mud, snow or sand, delivering all 850Nm of torque to its four wheels with finesse.

The cabin as luxurious as you’d imagine a Rolls-Royce to be, with simple, symmetrical functionality for fuss-free driving. The Pavilion Seating arrangement will allow your rear passengers to enjoy an unadulterated view outside as they sit higher than the front. A touchscreen map gives them access to real-time location tracking.

Of course, the bespoke arm will gladly cater to your wildest whims and fancies, should you have the imagination and cash to spare.

We never thought we’d see the day when Rolls-Royce makes a car that can be passed off as ‘practical’, but the Cullinan looks set to be a promising — albeit expensive — investment. It’s nothing like what the established badge has produced before, but if the Bentayga and Cayenne’s successes are anything to go by, there’s no doubt it’ll be the strongest-selling Rolls the modern world will see.

Rolls-Royce Spirit of Ecstasy Car Launch Luxury SUV new cars 2018 luxury British cars Rolls-Royce Cullinan ultra-luxury suv singapore car launch
Shatricia Nair
Managing Editor
Shatricia Nair is a motoring, watches, and wellness writer who is perpetually knee-deep in the world of V8s, tourbillons, and the latest fitness trends. She is fuelled by peanut butter and three cups of coffee a day.
Motoring Wellness Watches Beauty Style
Sign up for our newsletters to have the latest stories delivered straight to your inbox every week.