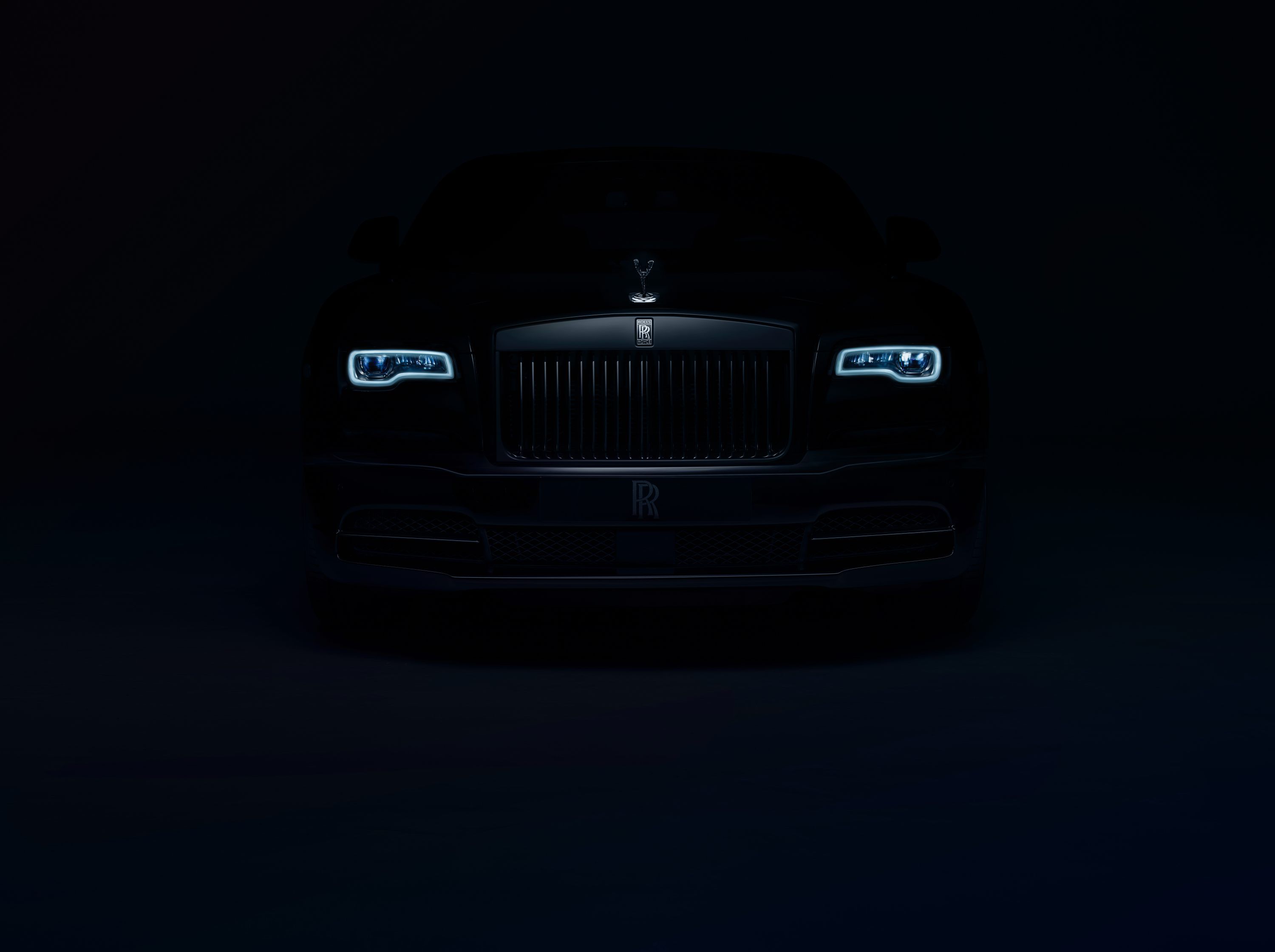 As for the kind of bold individuals who own a Black Badge, we expect they know a thing or two about artful connoisseurship, and have an appetite for adventure, much like some of the most riotously successful Rolls owners from the past: from Yves Saint-Laurent, who revolutionised womenswear with his ‘Le Smoking’ suit; to eccentric Who drummer Keith Moon, known for his rebellious spirit; to the marque’s founder Charles Rolls himself, remembered for his swashbuckling motor escapades from land to sky. Celebrating characters such as these, we spoke to some of Hong Kong’s most eminent personalities — William Lim, Eric Noyel, Jesper McIlroy — to hear their stories of success, and learn what artfulness and an unrelenting pursuit of success entails.

William Lim, one of Hong Kong’s most illustrious architects, founded his own firm CL3 Architects in 1992. He’s also one of the biggest and most outspoken contemporary art collectors in the city, known for championing local Hong Kong artists. Lim shares his take on the Black Badge below.

Like the dark knight to its original counterparts, Black Badge cars emerged on the super-luxury car scene dripping in black from nose to tail — from the ‘Flying Lady’ of the Spirit of Ecstasy on the bonnet to the painstakingly hand-polished, intensely black paint on the body, down to the darkened exhaust pipes, and even the air vents on the dash and on the rear of the car. The thoroughly blackened demeanour was made to fit a younger, more dynamic and more rebellious clientele who rejects the prim and proper look of convention. 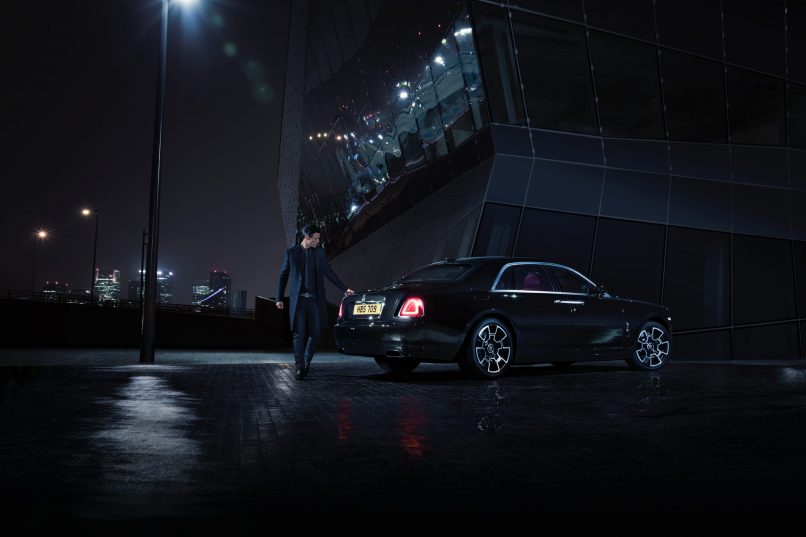 Launched in 2009 and refreshed in 2014, the Ghost was envisioned to be the most modern interpretation of a Rolls-Royce limousine — made for wealth-creating entrepreneurs who like to drive as much as they like being chauffeured around. In today’s world of disruptors and risk-takers across every entrepreneurial field, the Black Badge brings a seductive, devil-may-care edge to the venerated sedan.

Peeling back the layers, the Ghost Black Badge not only appears to glide soundlessly through the night like its moniker suggests, it packs substance in its heavily handcrafted luxury: composite wheels made of 44 layers of carbon fibre and aluminium; aerospace-strength titanium fasteners that connect it to the aircraft-grade aluminium hub; and on the dash, hair-like strands of carbon fibre sewn together with aluminium — a technique borrowed from fighter jets — for a fine-mesh finish, before receiving six coats of hand-polished lacquer for a luxurious mirror façade. 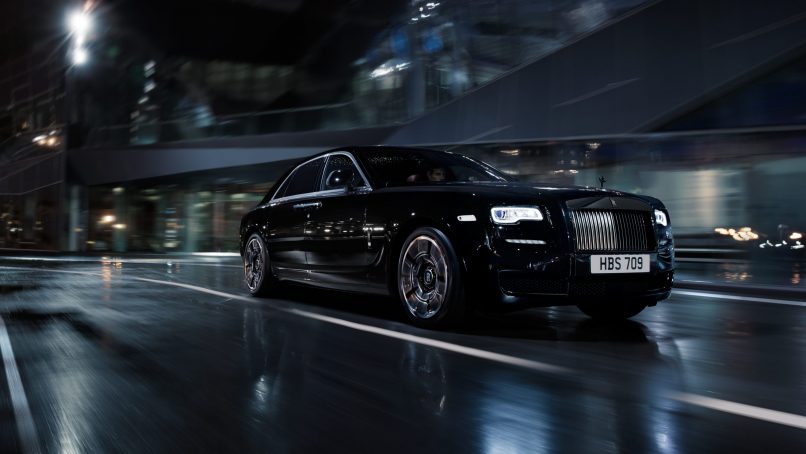 Within the dark interior, the new Black Badge clock features orange-tipped hands to create a stylish contrast, while the seats by default are upholstered in black leather against vibrant Tailored Purple for the Ghost Black Badge — though discerning clients looking for a more one-of-a-kind finish can choose any bespoke colour combination they’d like. 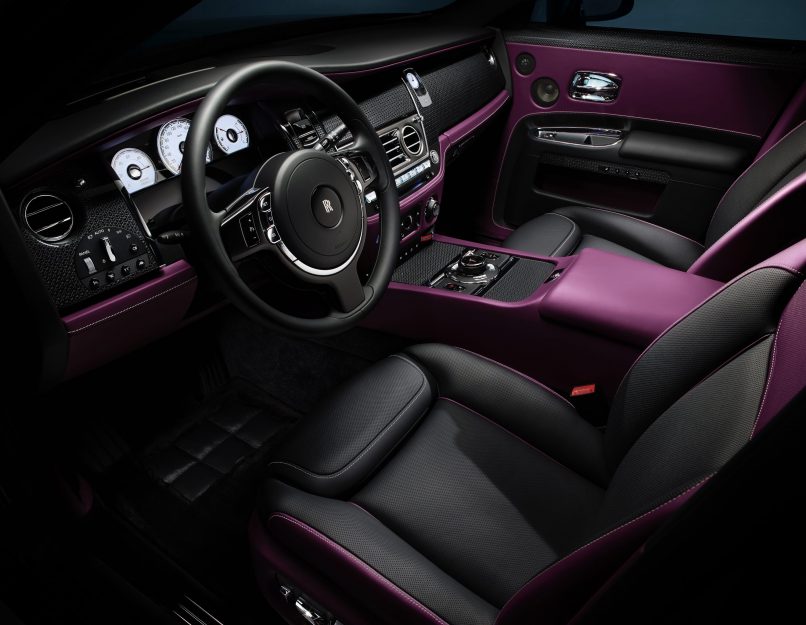 Under the bonnet, the Ghost is geared to maintain the luxurious and effortless ‘magic carpet ride’ that Rolls is so well known for, though tweaked to allow clients to get more driving enjoyment — and more menace on the road — out of it. Leveraging its 6.6 litre V12 engine, subtle engine mods like a 40hp power increase to 603hp, and a 60Nm increase of torque to 840Nm — the Ghost Black Badge whips down the road from 0–100km/h in 4.8 seconds. With the upgraded 8-speed automatic transmission, the Ghost also responds swiftly to driver inputs with an almost primal, clairvoyant intent.

Whether in the driver’s seat or lounging in the back, the Black Badge engulfs you in your personal celestial sky with the ‘starlight headliner,’ comprising 1,340 fibre optic lights with brightness that you can adjust to suit your mood. You’re essentially in control of your own universe. 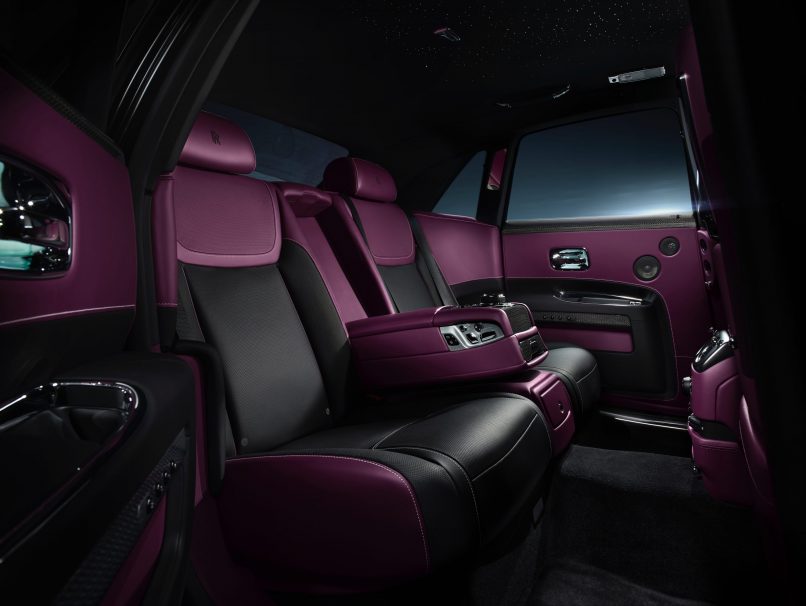