In a city where the Rolls-Royces per capita is higher than anywhere else in the world, how do you set yourself apart from the rest? For more discerning souls, the Black Badge collection was conceived as a dark and edgy alternative to the pristine and esteemed reputation of its well-loved models. Think of it as an alter-ego to the stuffiness you might expect of a 112-year-old house.

In seeking Hong Kong personalities that share the same vision as the Black Badge family, we spoke to three individuals to hear about their own stories and how they converge with Rolls-Royce: Eric Noyel, William Lim and Jesper McIlroy. Watch the video below for our exclusive talk with Eric Noyel, luxury yachting business entrepreneur and founder of Asia Marine yachting. He shares his bold passions, successes and his demands on detail and craftsmanship.

Born out of the desire to capture the heart of a younger, more dynamic patron, the Black Badge was influenced by some of the most subversive, history-making Rolls owners in mind: British motorist and multiple speed record breaker Sir Malcolm Campbell; and Muhammed Ali, who’s remembered as much for his celebrated career inside the ring as for his political activism outside of it. And how can we forget Charles Rolls himself, a fearless adventurer, a keen racer and aviator who saw no limit to achieving speed and new heights. Though coming from all walks of life, creed and character, the defiant, irreverent attitude to convention that exudes from these muses has reincarnated into the Black Badge.

The Ghost and the Wraith were the first in the Rolls-Royce fleet to receive the Black Badge treatment: at a glance, it’s apparent they’ve both been dipped in an all-black gloss — from the Spirit of Ecstasy on the bonnet to the Parthenon grille, as well as otherwise chrome finishes such as the boot lid finisher, lower air inlet finisher and exhaust pipes. 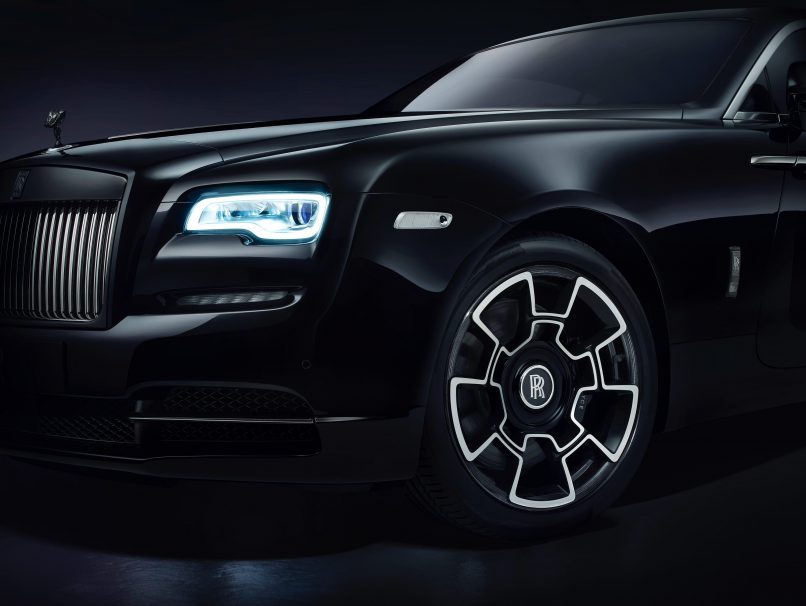 The Double R badge on the prow, flanks and aft of every Black Badge inverts to become an eyecatching silver on black. The chassis itself is also, by default, blacker than black: with multiple layers of paint and hand-polished lacquer to produce the most intense colour ever — though in typical bespoke fashion of Rolls-Royce, clients are able to have their Black Badge in whatever colour they please. 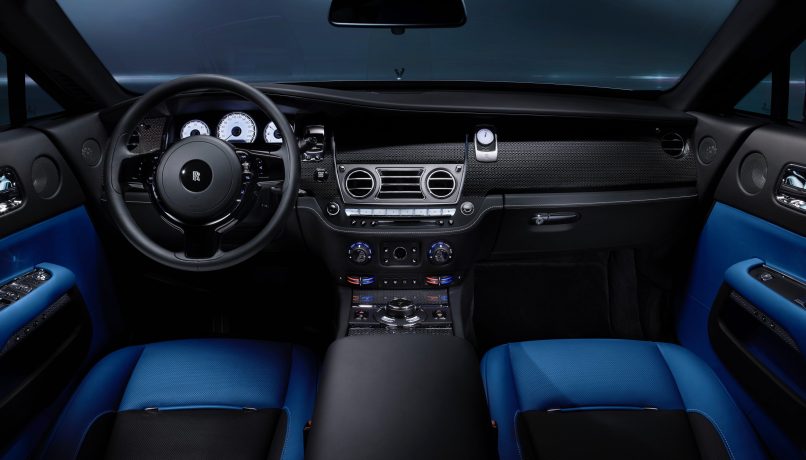 Inside and out, new luxury materials make the Black Badge Wraith capable of meeting the demands of its prestigious clientele, from the carefully crafted new carbon fibre and lightweight alloy wheels — comprising 22 layers of carbon fibre that fold back on themselves at the outer edges to give 44 layers of strength — to the car’s inner fascia, created by thinly woven aircraft-grade aluminium threads, which get six coats of lacquer before being hand-polished to a glistening, perfect finish.

Within the interior, the pitch-black leather upholstery combines with the edgy Cobalto Blue exclusive to the Wraith Black Badge, embroidered with the ‘Unlimited’ infinity logo that only previously appeared on the Phantom Drophead ‘Waterspeed.’ The emblem also appears on the new Black Badge clock face, with hands tipped in striking orange. 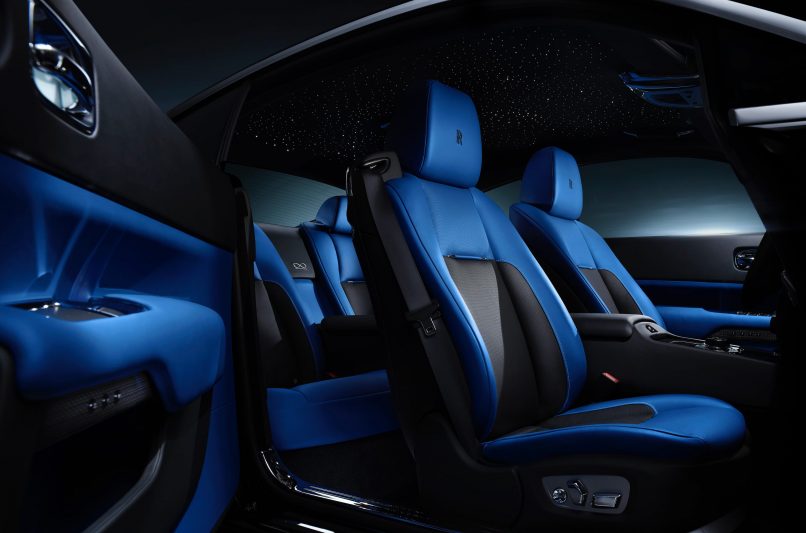 Not just about looks, Black Badge instills a new sense of assertiveness and beastliness on the road. Originally created for drivers to indulge in the ultimate grand touring experience, the Wraith coupé was already the most powerful Rolls-Royce in the world, effortlessly gliding along its ‘magic carpet ride’ at 623hp and reaching 0–100km/h in just 4.5 seconds. But the Black Badge delivers extra exhilarating oomph by giving 70Nm of extra torque, a redesigned air-suspension setup, new drive shafts, and an upgraded, 8-speed transmission. This version of the Wraith is well equipped to dominate the road with tauter controls and faster, smoother reactions.