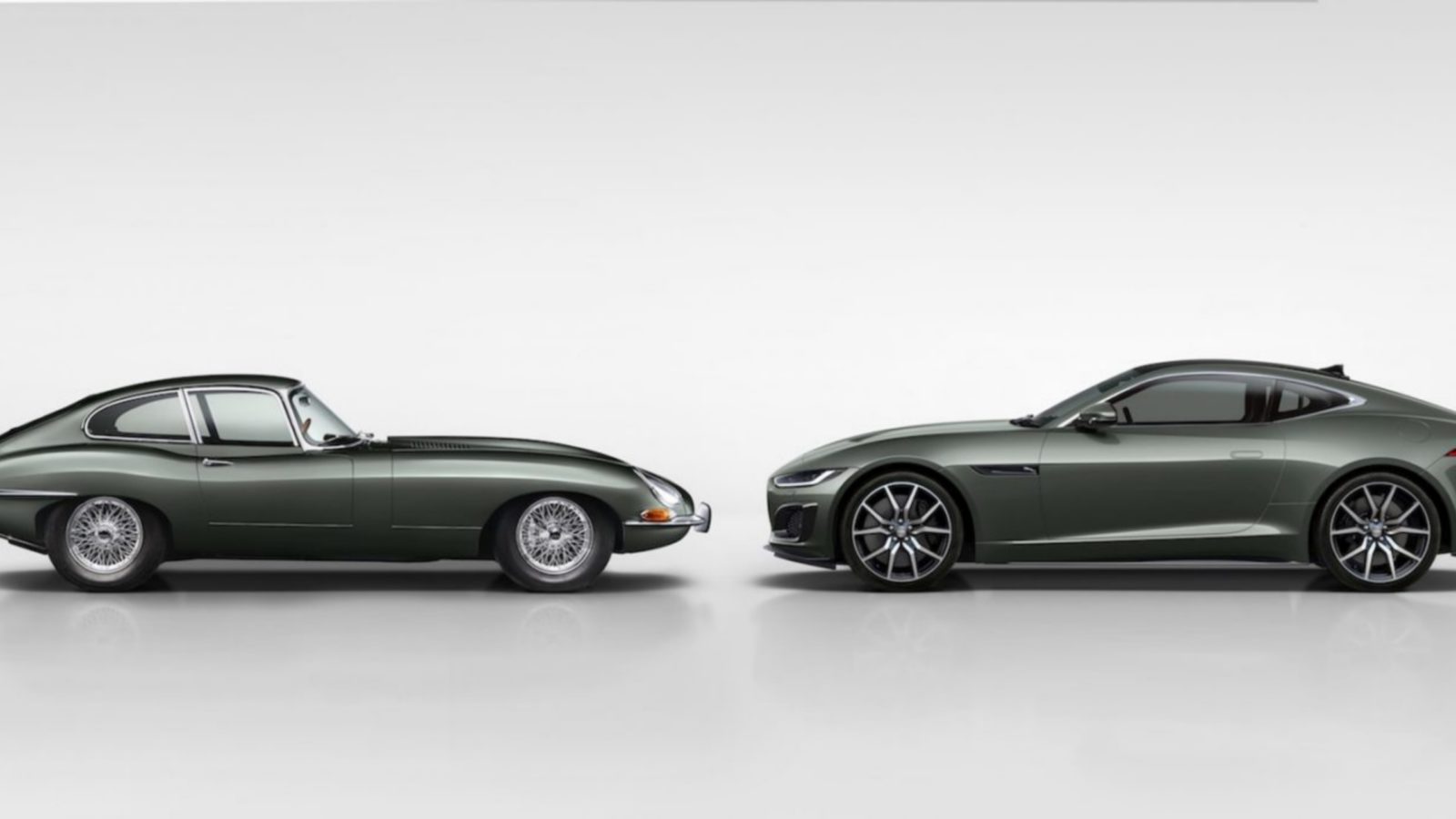 Introducing the Jaguar F-Type, celebrating 60 years of the iconic E-Type

Gear
Introducing the Jaguar F-Type, celebrating 60 years of the iconic E-Type
Share this article
Next article

Only a handful of cars have managed to withstand the cruel test of time to still remain relevant — and beautiful — more than half a century later, and one of them is the Jaguar E-Type.

Its combination of beauty, high performance, and competitive pricing established it as an icon of the motoring world when it was first launched in 1961, and till this day remains to be a benchmark for automotive design and engineering.

The legendary rear-wheel drive grand tourer ceased to roll off the production line in 1975, but that hasn’t stopped Jaguar from celebrating the revered car. Interestingly, the British marque is doing so with today’s E-Type equivalent — the F-Type — instead.

Called the F-Type Heritage 60 Edition, the special edition will see only 60 examples being offered for sale globally, each hand-finished by Jaguar Land Rover’s SV Bespoke division of personalisation experts. On the outside, this includes details such as “heritage-inspired” gloss black and chrome trim accents, as well as diamond-turned and forged 20-inch gloss black alloy wheels with matching brake calipers. The standout here, however, is its solid Sherwood Green paintwork. The special hue that hasn’t been offered since the 1960s when it was reserved for the E-Type’s original colour palette.

Suitably, the heritage colour has been paired with a two-tone Caraway and Ebony Windsor leather interior. The tan and black colourway is further finessed by an E-Type-inspired aluminium console trim with commemorative badging and special carpet mats. Unlike the classic car though, this one comes with modern creature comforts such as a high-definition, 12.3-inch TFT instrument cluster, the Touch Pro Infotainment system, and Smartphone Pack with Apple CarPlay as standard.

Inside, the car remains to be an F-Type R through and through, with a 575hp supercharged 5.0-litre V8 that sends power to all four wheels via an eight-speed automatic gearbox. The 0-100kph sprint is claimed to take 3.5 seconds, with a limited top speed of 300kph.

Each of the F-Type Heritage 60 Edition cars will be built close to its roots in the UK — first at Jaguar Land Rover’s Castle Bromwich plant, followed by XV Bespoke at Jaguar Special Vehicle Operations in Warwickshire.

In addition, Jaguar Classic will be creating six limited-edition matched pairs of restored 3.8-litre E-types to pay tribute to the original prototype cars of the 1960s. This includes the 77RW and 9600HP, the former of which completed a high-speed overnight drive from Coventry to the Parc des Eaux Vives to launch the car at the Geneva Motor Show in 1961.

For more information about pricing and availability, visit Jaguar HK.

Motoring Jaguar F-Type classic cars Jaguar E-Type Jaguar Land Rover limited edition cars
You might also like ...
Gear
The world’s first electric Rolls-Royce is not what you’d expect
Gear
The Jaguar E-Type Zero looks set to be the sexiest electric car yet
Lifestyle Asia
Here's where you can read the latest news and stories from Lifestyle Asia and our sister titles PrestigeOnline and Augustman, curated from all of our editions in Hong Kong, Singapore, Kuala Lumpur, Bangkok and India.
Luxury