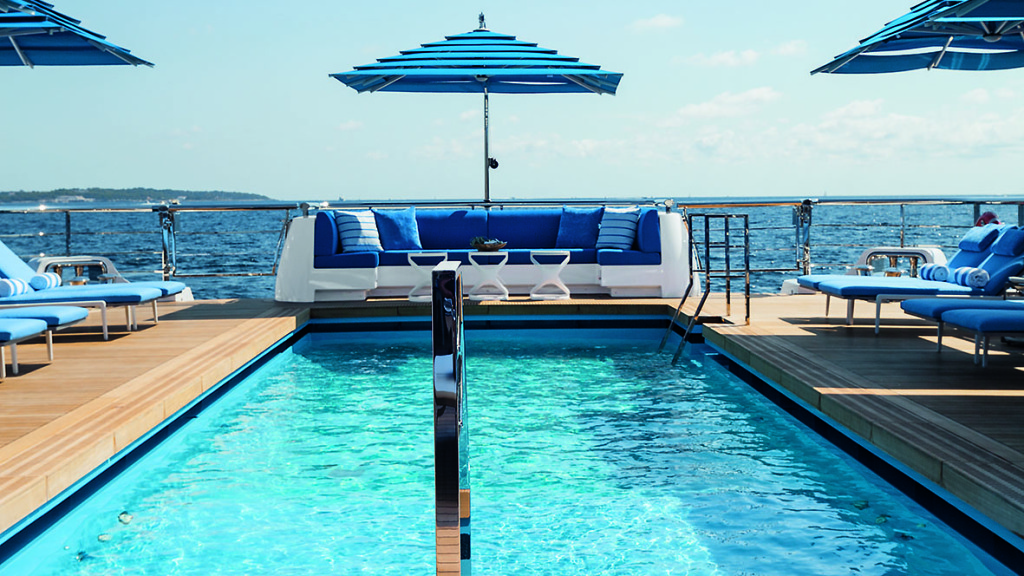 These stunning superyacht pools are the ultimate expression of sailing luxury

It might seem obvious that the vast ocean would be the most inviting place for a dip when you’re out sailing on a luxury vessel. But for the privileged few who own one, having saltwater in their hair might not be an ideal way to kickstart their sun-soaked Instagram journey — which calls for some seriously impressive superyacht pools on board.

If you, like us, can’t imagine giving up the crystal clear waters of the Caribbean or Mediterranean for a soak in chlorinated water, these superyacht pools will definitely change your mind. Trending now as the new epitome of extravagance and maritime luxury, an increasing number of yacht designers and manufacturers have been challenged with the task of crafting on-deck pools that look just as put together as the rest of its multimillion-dollar boat.

Mere jacuzzis have now made way for pools that feature waterfalls, swim-up bars, and even infinity edges so guests can fully immerse in the endless ocean without having to leave the boat.

Here are some that will induce serious sailing envy. Mondo Marine’s Serenity boasts sleek interiors and dramatic styling that are overshadowed only by the huge swimming platform that draws your attention to the stunning view of endless waters beneath, separated only by a slender grab rail. The pool features shimmering Bisazza blue tiles with enough sparkle to rival the sun-kissed sea, making them the perfect complement to the sun pad cushions and light wooden finishing surrounding them. One of Heesen Yachts’ most powerful vessels when she first made it to the sea, the 55-metre Quite Essential was distinguishable by her pelican beak bow and reverse sheer. Its discreet luxury is accentuated by several lavish features, most notably the swimming pool on the main deck, which features an opaque sheet of waterfall for added privacy and dramatic flair. 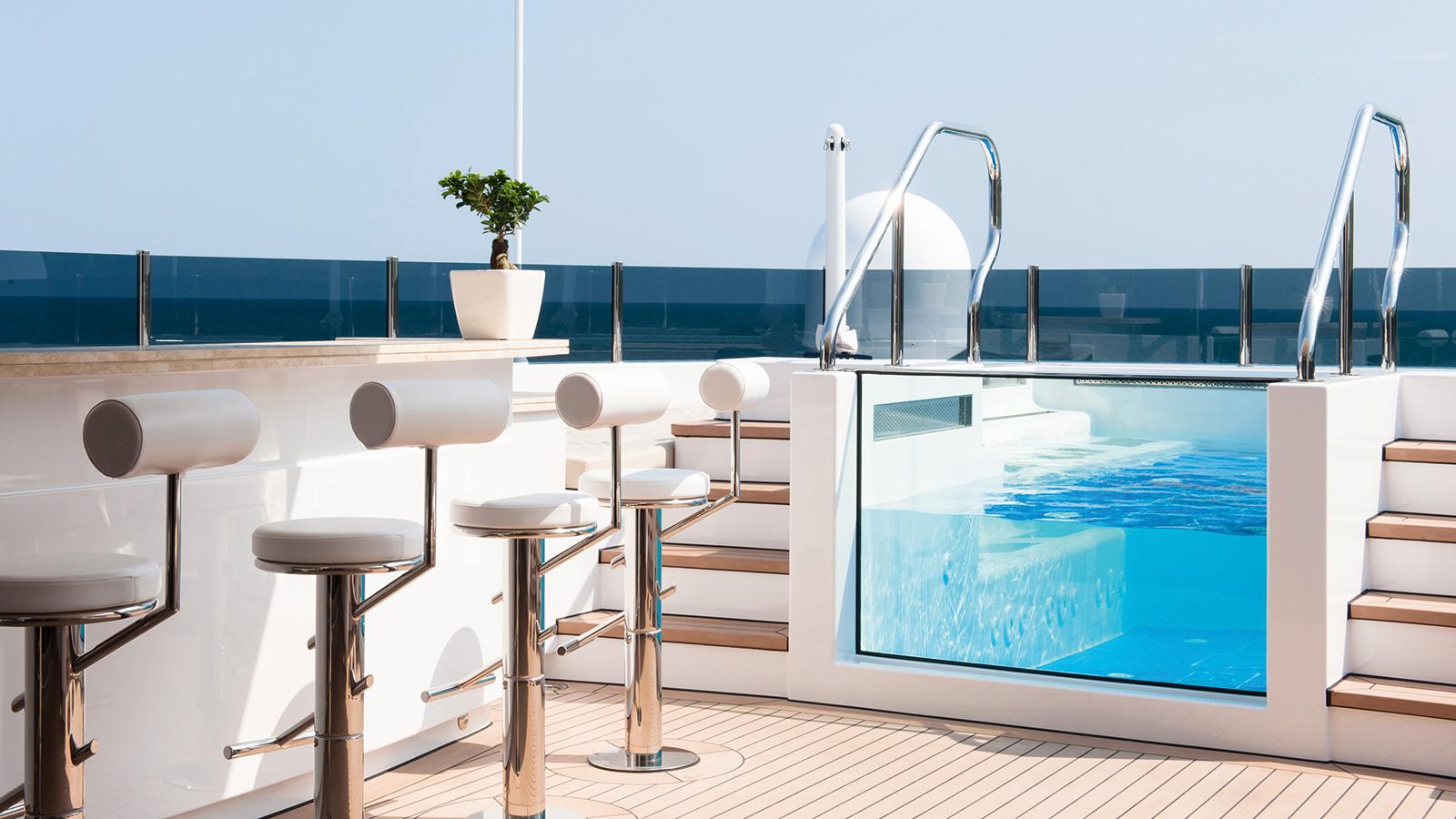 The majestic 63-metre ocean-going Irimari is the largest of the Sunrise fleet, and sees all the amenities of a mega yacht for ultimate comfort at sea. The pool on the sun deck is one of its best highlights, with a bar-facing glass wall that makes entertaining guests a breeze. The pool lines up with the very front of the yacht at the other end, so expect endless views of the ocean. 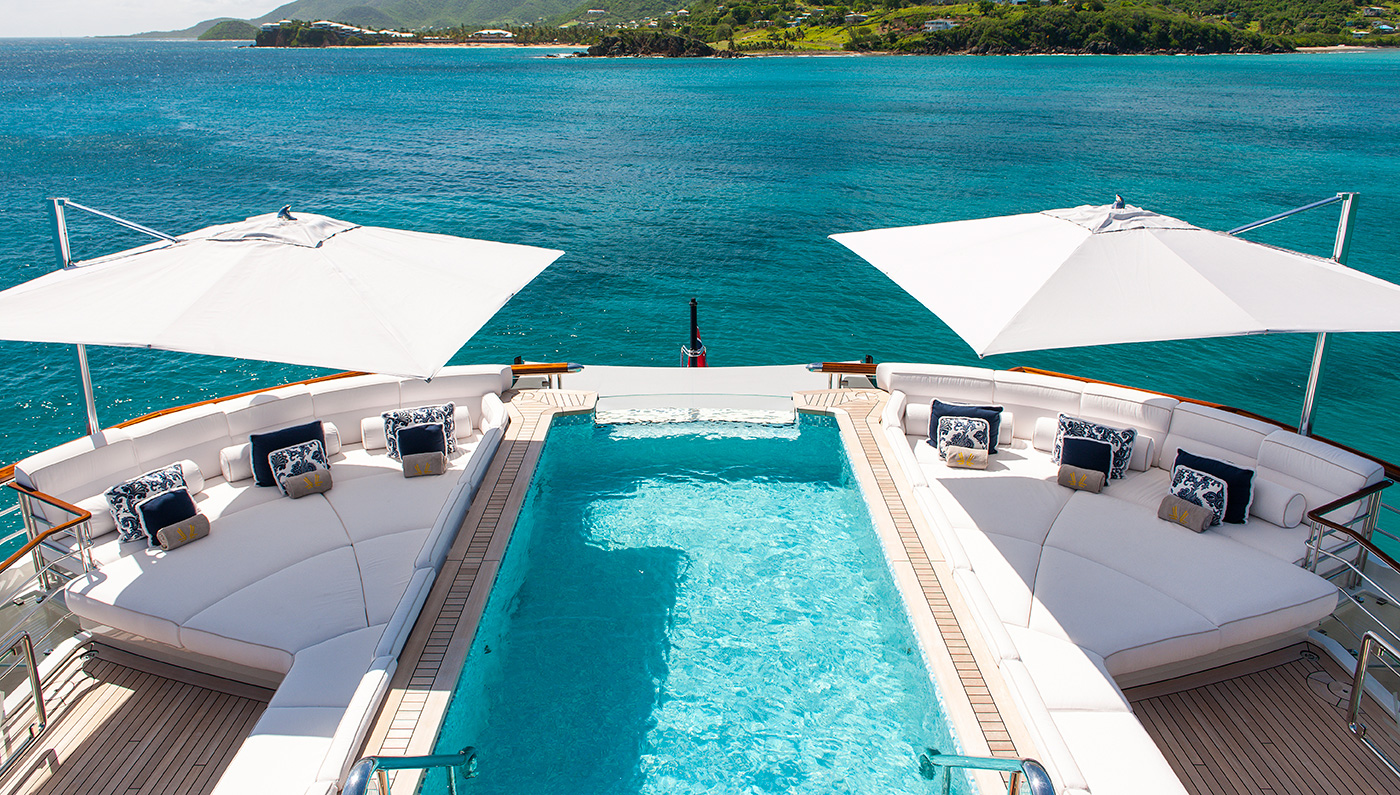 Designed by Italian-based Nuvolari Lenard, the multi-tier Quattroelle by Lürssen sees its upper saloon open up to a chic seating area that’s defined by a sizeable infinity pool. The transparent edged facility allows for uninterrupted ocean views, and the monograms etched into the glass are just one of the many hand-designed features that make the Quattroelle one-of-a-kind. Few other yachts have set aside this much space for sun worshipping. As the world’s largest expedition yacht, Luna is known for her exceptional levels of luxury, which includes having one of the biggest pools ever found on superyachts. Enveloped on three sides by wide comfy sunpads and flanked by two shaded seating areas, the 20-metre outdoor pool on the long, elegant trail-away deck makes it the perfect place to soak up the sun without getting off board. 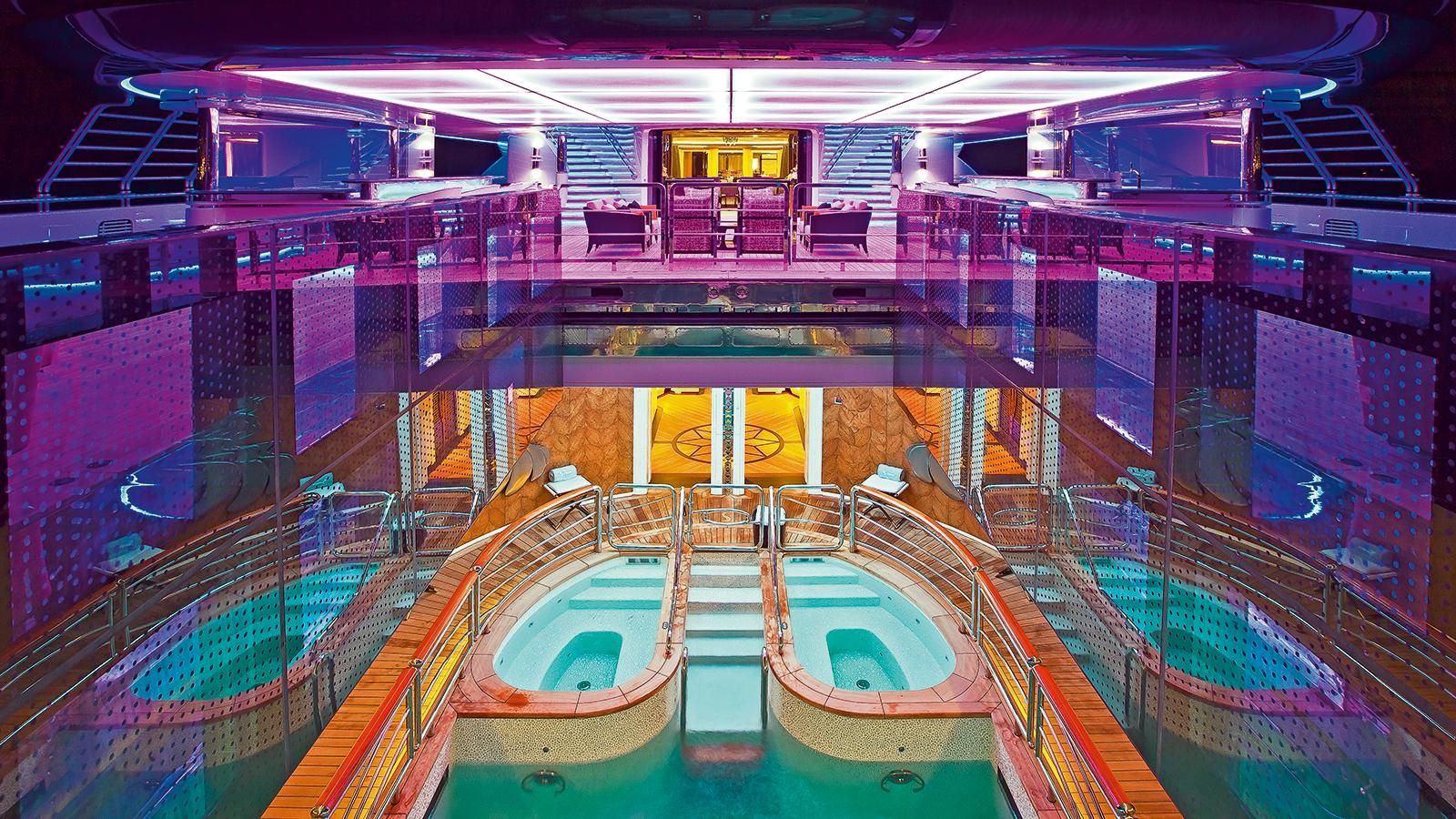 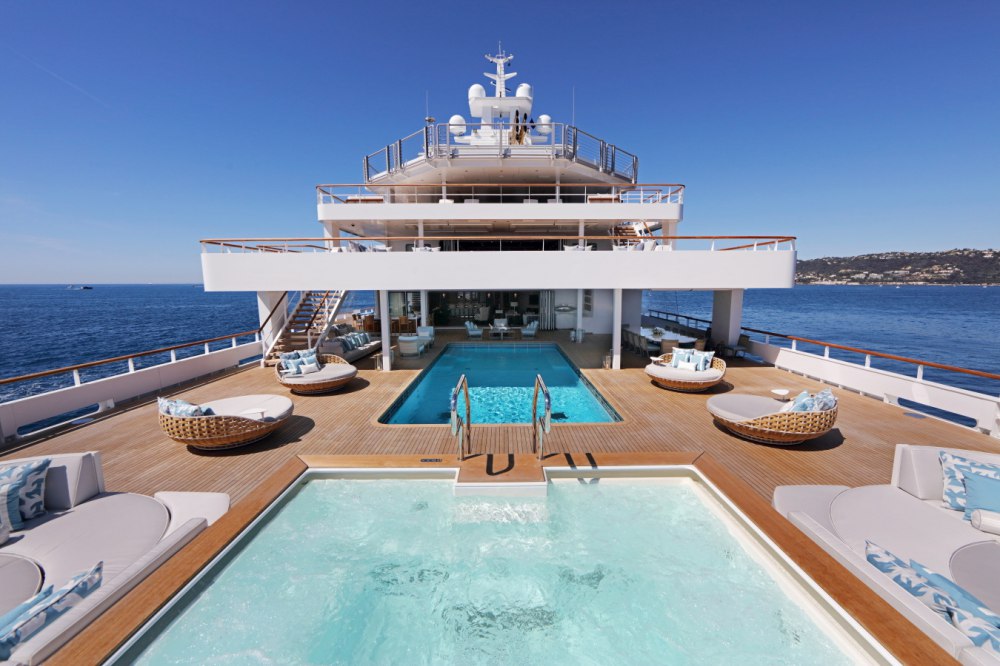 Once owned by New Zealand’s richest man Graeme Hart, Ulysses is a 107-metre-long behemoth that’s frequently chartered by the likes of Mark Zuckerberg. One of her most astonishing amenities is the massive 12-metre-long swimming pool, located aft of the upper deck at a height of nearly 9 metres above sea level, and partly covered for shade. At the further end of the pool deck lies a jacuzzi, surrounded by plush lounging areas for sun bathing and socialising all day.

Trust Benetti to reinvent the superyacht beach club. Launched last year at the Monaco Yacht Show, the Seasense’s stunning azure-themed interiors by Los Angeles-based Studio Area is overshadowed by the happenings at its aft deck. Aptly named “Benetti Beach Club” by the yacht builder, the 10-metre freshwater pool and surrounding teak side decks give an open, panoramic feeling that brings to mind an alfresco seaside club. The space can also be converted into a basketball court, or better yet — dance floor — should you wish to party the night away at sea.