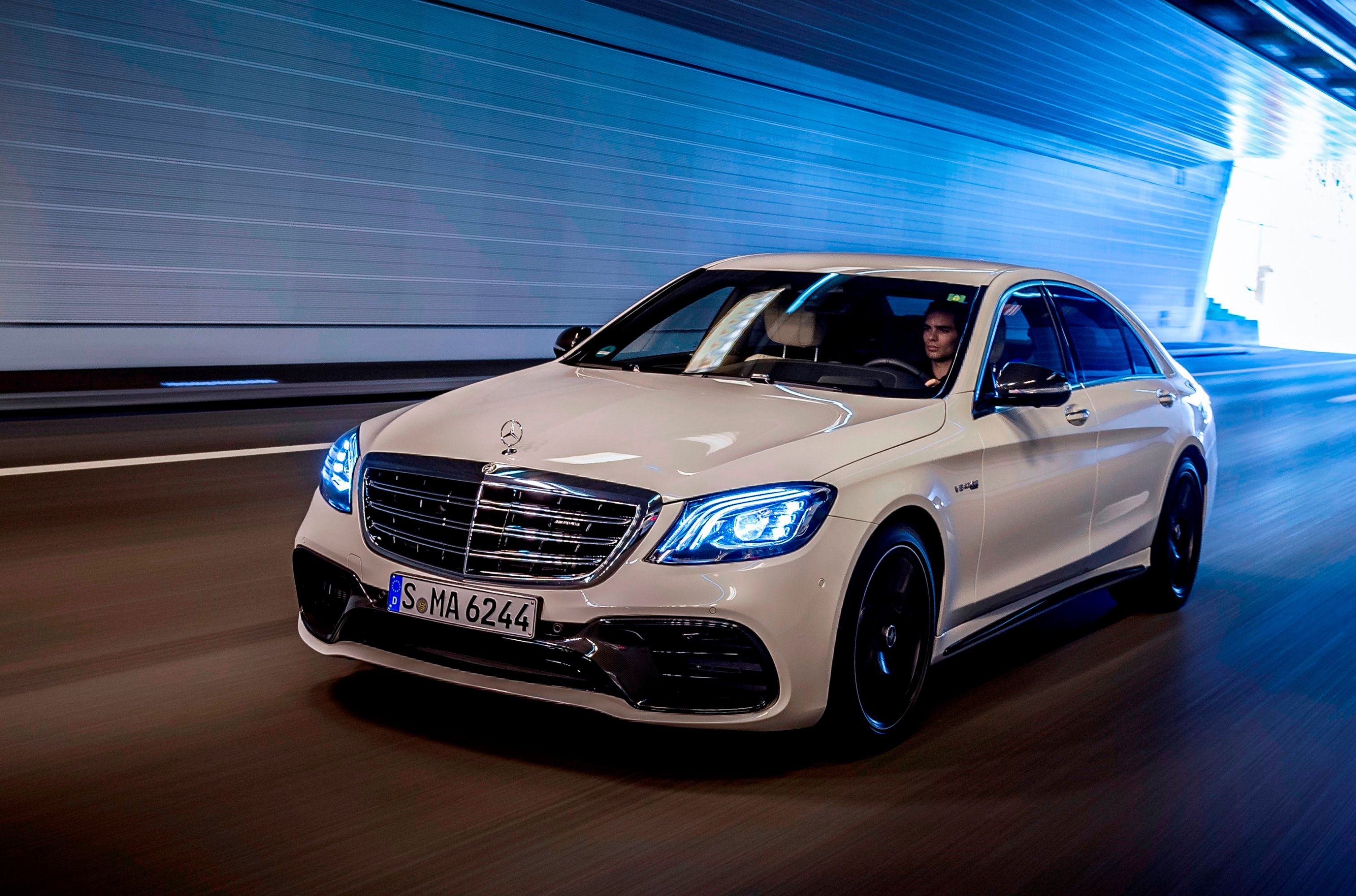 The 2017 Mercedes-Benz S-Class, a mid-cycle facelift since its 2013 original launch, wowed car lovers at its world premiere last April at Auto Shanghai. It was made available to order worldwide since May, but a set launch date for Hong Kong has not been disclosed yet. As Right Wheel Drive models are set to land in European dealerships this October, we suspect a similar time frame to follow in Hong Kong.

Looks-wise, even with only small edits made to the exterior, the new model was easily one of the highlights of the show — largely due to what’s under the hood, where brand new engines and tech under its clean-cut limousine exterior offer the executive car a fresh new appeal.

As a brand known for being the benchmark of innovative tech (for instance, the marque introduced things such as seatbelt pretensioners and anti-lock braking into the market, and the S-Class was the first car to use exclusively LED lamps) Mercedes-Benz is now at the forefront of self-driving tech. Recently the newest Audi A8 and its self-driving tech also made a cheeky appearance in Spiderman: Homecoming to show off its Audi AI Traffic Jam Pilot. With that, it seems like a speeding trend this year meaning self-driving cars won’t be too far off from a full-fledged reality.

One of the headlining innovations that you can get with the S-Class is the ability for the car to park itself — amazingly, without the driver needing to be in it. This solves the issue of parking in spaces too tight for you to climb in the driver’s seat. Other tech also allows the car to detect traffic signs, speed limits, and adjust the speed accordingly. With the Active Distance Assist feature, the system links to GPS data to not only steer for you and brake for you, but also adjusts to a safe speed limit accordingly when faced with more obstacles or bends in the road, instead of blindly following your set speed. In the worst types of traffic jams, the car will even be able to automatically brake and move again in stops of up to 30 seconds.

A feature that debuted with the 2013 original model was the Magic Body Control, which adds to the smoothness and comfort of the ride. In the newest S-Class, this feature has been improved — controlling the suspension to soak up all the bumps and corners using a system camera to scan the road thoroughly, even at night, and at speeds of up to 180 km/h. The brand new Curve tilting function tilts the body of the car by up to 2.65° while turning, cancelling out centrifugal forces and making it more stable for the passengers sitting inside.

In the face-lifted exterior, there’s not too significant of a change, but you’ll notice that the S-Class can now bat its eyelashes (or should we say, its new three-tiered ‘eyebrow’ headlamp) at you with ferocity. The S-Class boasts new Multibeam LED headlamps, using Ultra Range high beams that fit 84 individually controllable LEDs, accessed via four control units to give you the ideal lighting depending on the surroundings taken from the windscreen camera and from the navigation system — the brightest possible without dazzling others on the road. In the back, crystalline tail lamps give the rear a little glamour, which flashes whenever the car is locked and unlocked.

In the front, minor but sportier upgrades include a new radiator grille with three twin louvres and vertical strips, awash in a high-gloss black finish. The V12 engine models, namely the S600, S65 AMG, and Mercedes-Maybach S 600 get these vertical strips in chrome-finish.

Within the car, there’s plenty of toys that keep up the S-Class’ image of being the benchmark for comfort and luxury. A super luxe option to consider is the Energizing Comfort Control system, a world first. It synergises climate control (and cabin fragrancing), with seat heating, ventilation, and massage modes as well as lighting and musical atmosphere to create six set mood profiles: Freshness, Warmth, Vitality, Joy, Comfort and Training. In the latter, three trainings include muscle relaxation, muscle activation and balance offer wellness exercises that you can do while taking a break from driving, combined with visualisations on the head unit. At the same time, ambient lighting can be controlled as you like across four zones and five levels of the car, with 64 colours to choose from. Coupled with the Burmester High End 3D surround sound system, the interior of the S-Class will feel like your personal haven for pampered well-being and relaxation.

The S-Class under the hood offers several engine variants: two straight-six-cylinder diesel and petrol engines; a new V8 biturbo petrol engine for those seeking an extra oomph of power; and plans for a plug-in hybrid with an electric range of 50km. But all in all, engines are more powerful, with slightly better efficiency and lower fuel consumption.

With all the latest tech, toys, power and hard-to-surpass comfort promised by the new S-Class, this is one luxury car you’ll want to keep your eyes on for its Hong Kong launch later in the year.

Hong Kong prices are yet to be released, find out more from Mercedes-Benz Hong Kong