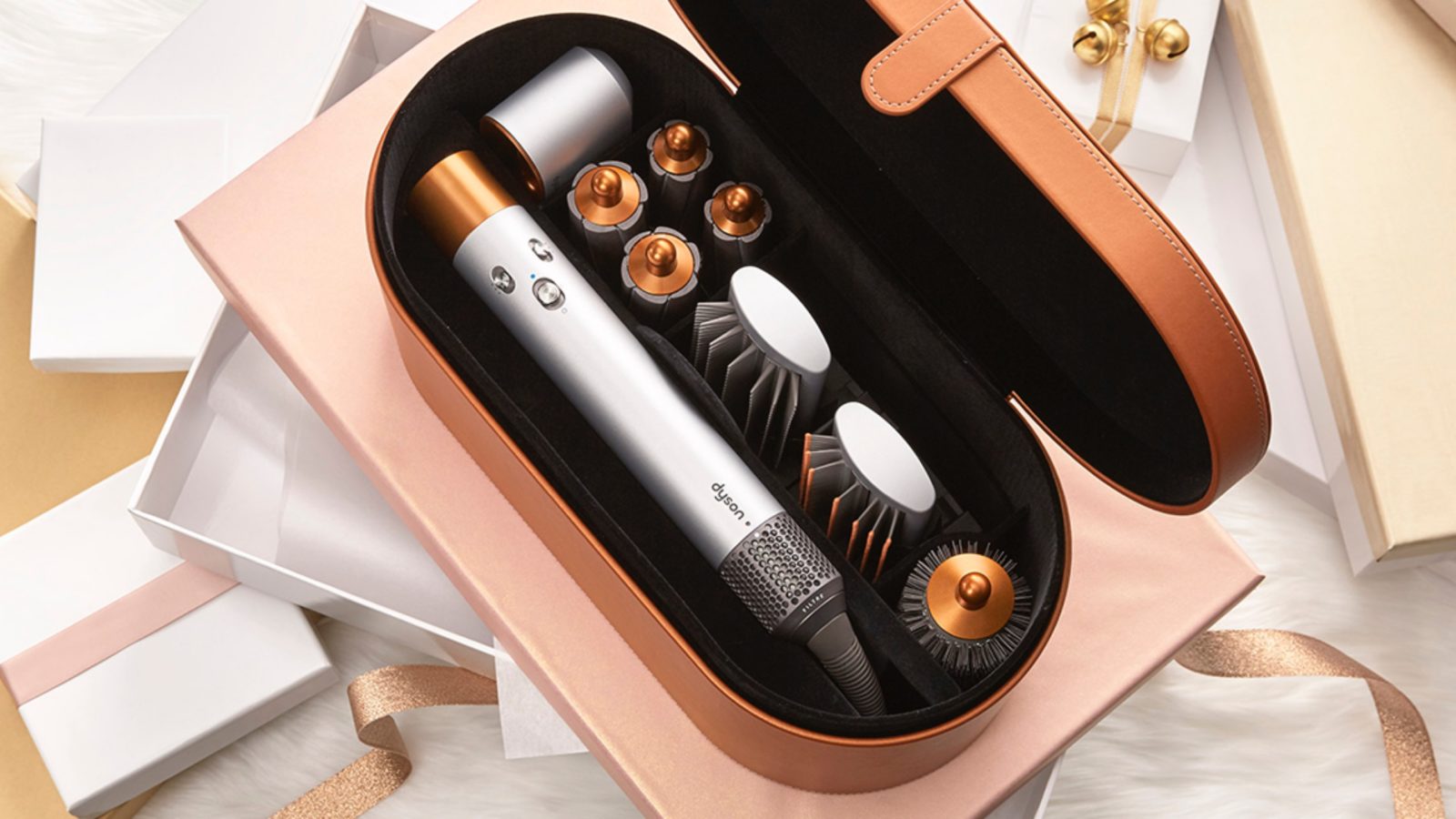 12 tech gifts for the gearhead in your life this Christmas

There wasn’t a new Black Mirror season on Netflix this year; though some might even say the whole of 2020 felt like a prolonged episode altogether. For those of us who haven’t doom-scrolled into an aversion for smart and smarter gadgetry, this list of tech gifts — which covers next-gen wireless earphones to the latest iPhone — will surely delight, especially if found wrapped with a bow under a Christmas tree this year. 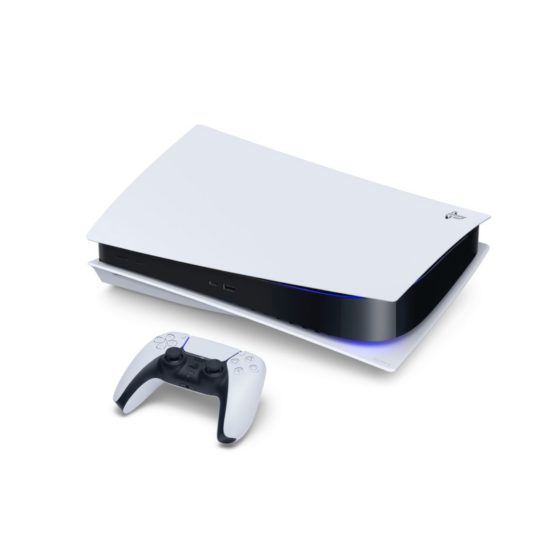 We’ve all spent the better part of the year becoming amateur hobbyists, so it’s no surprise Sony’s titular gaming console, the PlayStation 5, immediately sold out upon its release a full seven years after its predecessor. The perfect stay-at-home activity, all shiny and new! A popular anecdote describes the console’s loading time as short to the point of non-existent, with sharper graphics, 3D Audio technology and immersive haptic feedback also on the upgrade roster. After the PS5 rapidly sold out after its 19 November release, Sony has confirmed that it will be restocking before the end of the year. Current resale prices for the PS5 are said to be over twice the recommended retail price, so if you already managed to get your hands on it: Well done.

In the mean time, check out available games for the new console here. The perils of the dreaded earphone squat — say, when you’re mid-rep and a sweat-coated wireless earphone pops past your ear canal and vanishes forever under an occupied treadmill — is no laughing matter. These Klipsch x Formula 1’s McLaren sport earphones spell a welcomed solution. Extending into six sizes of patented contour ear tips (in McLaren’s signature Papaya Orange) and three pairs of ear wings, this pair ensures a perfect, Cinderella seal. Legendary Klipsch sound is, of course, a sure-fire thing. 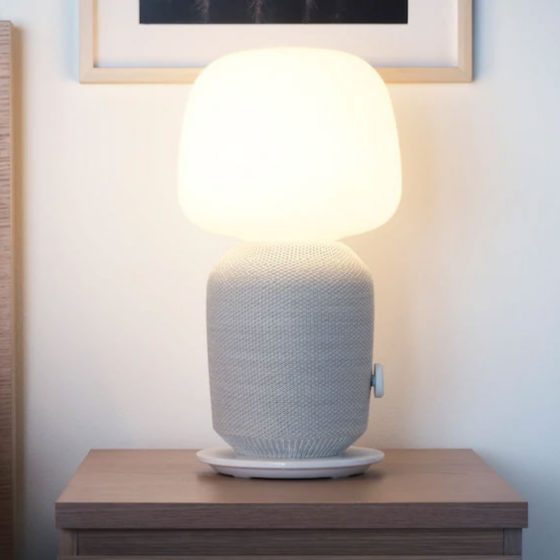 A marriage of both light and sound, Ikea’s Symfonisk Wi-fi speakers — designed in partnership with audio experts Sonos — add function to form with a lamp base rendered in the signature cross-hatching of a fully-functional speaker. Hidden in plain sight with Sonos Trueplay technology that connects through Wi-Fi to your favourite streaming services, this smart little device is a two-in-one hit. 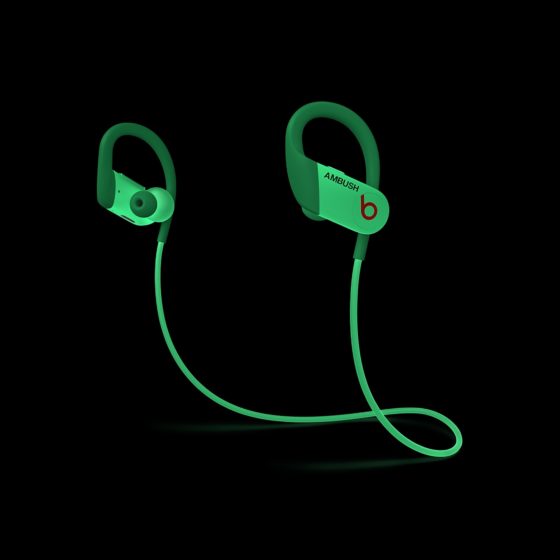 The earphone sector has been preoccupied with the wireless movement these past few years. These Ambush x Beats Powerbeats, though? Deliciously wired and jewellery-adjacent, draping at the nape of the neck. The mint-green colourway lights up and glows in the dark in homage to Ambush co-founder Yoon Ahn’s home-town of Shibuya, where neon signs abound in a city that never slumbers. Originally designed for a release date that coincided with the now-postponed Tokyo Olympics, these earphones are also a love letter to the pulsating beats of a raucous night out. 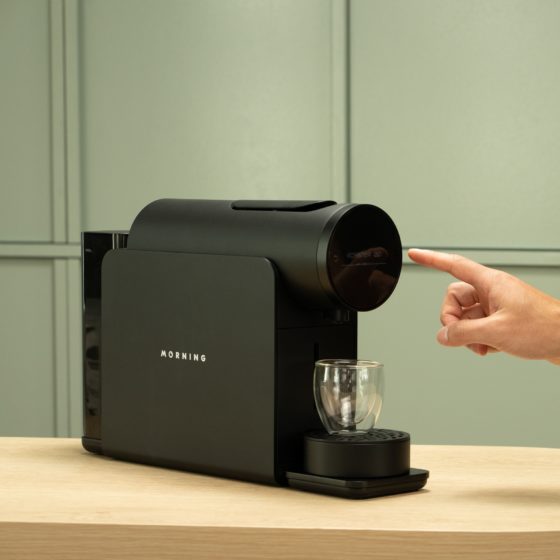 Any coffee enthusiast will attest: That first blow-and-sip of a morning mugful? Heaven. Fully crowdfunded on Kickstarter after only two days, this coffee-capsule machine — ideated by PPP Coffee’s Leon Foo and Yardstrick Coffee’s Andre Chanco — is laser-focused on one ambition mission: To brew with intention. Saying ‘absolutely not’ to a one-brew-fits-all system, this machine customises its settings to exactly how a capsule is intended to be brewed, to ensure an optimised flavour quality-checked by their roaster; the very same capsule can taste drastically different depending on its brew temperature and pressure profile, after all. Meet your next cuppa joe — still easy and compatible with Nespresso OriginalLine capsules — personalised to perfection. Pod-like in a way that looks like something out of Star Trek, Osim’s uDream massage chair is not just a massage chair: It’s a well-being chair. Expect a stress-relieving pamper session for all five senses via changing colours, 3D surround speakers, scented aromatherapy pods and complimentary lavender-infused dark chocolates, in tandem with the brand’s signature suite of full-body, professionally-designed massage programmes. We could all use one of these at the tail end of 2020. 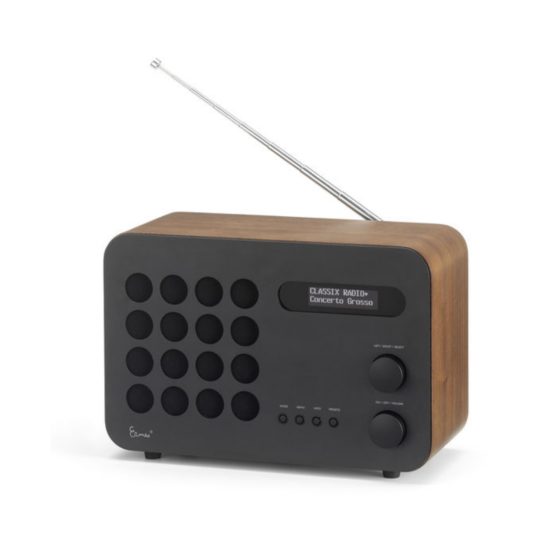 You’d undoubtedly be familiar with the sultry, wool-moulded lines of an Eames lounge chair, but this Eames Radio? Not so much; after all, it was deemed too unusual and never went into production during its time of conception in 1946. Revived by Swiss furniture makers Vitra with modern-day tech specs like smart device charging ports, bluetooth compatibility and Revo audio technology, this walnut radio cabinet will sit tall as both sound system and an objet d’art. 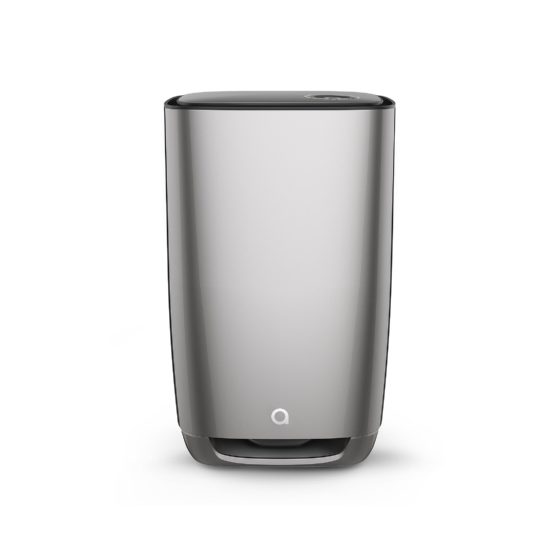 Here in Hong Kong, we’re no stranger to the face mask. The extent of pandemic-related products that have sprung up from nice-to-haves to must-haves, however, was a real testament to the ingenuity of inventors and makers alike. A Red Dot Award 2019 winner, Aeris’s series of air purifiers — ranging from lite to medical-grade — is reportedly able to eradicate 94 percent of the COVID-19 coronavirus and 99.95 percent of other airborne pathogens and pollutants from the air. Its sleek, minimalistic shape looks pretty great too.

Starting from HK$4,800 at Lane Crawford 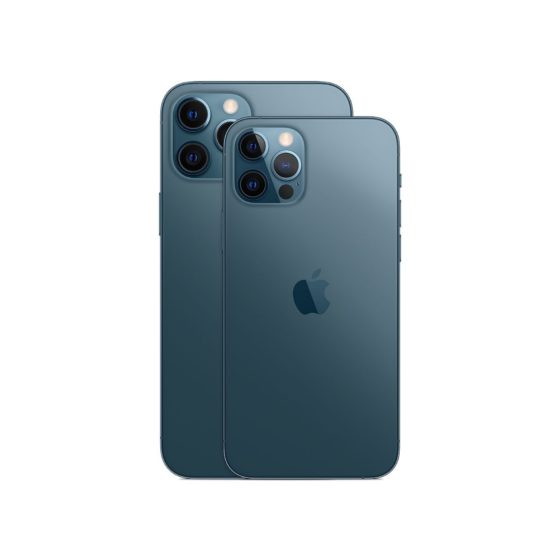 Bevelled in a shape that harkens back to the iPhone SE, Apple’s newest drop — the iPhone 12 family — is named the world’s ‘smallest, thinnest, lightest 5G phone’; a far cry from the gradually expanding screen sizes from iPhones prior. The four-times enhanced durability thanks to the device’s Ceramic Shield and aerospace-grade aluminium edges will come as a relief to those with a propensity for dropping brand new electronics. Choose between five fresh shades; we’re particularly partial to the sleek navy blue colourway. 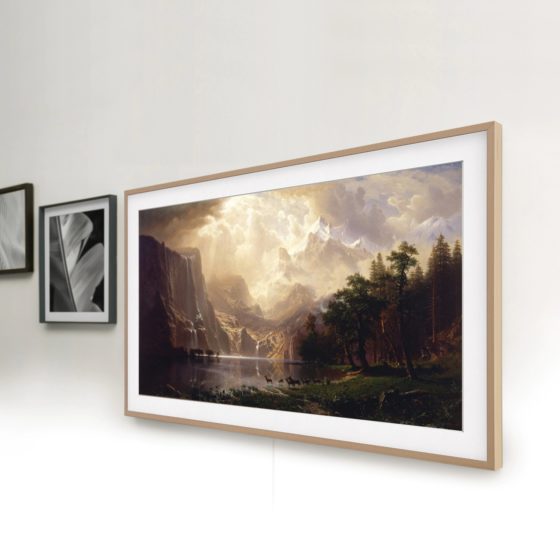 If there was a through-the-years flipbook of the evolution of television sets, we’d see the nuclear-family staple evolve from gargantuan, wood-laden cubes to thin, thinner and ultra-thin successors. The latest evolution: Samsung’s The Frame in its 2020 iteration. A television that resolutely does not want to be known as just a TV, this is one that disguises itself as a wall-mounted, matted picture frame. It doubles as a rotating museum gallery wall, brought to the living room via Art Mode in vivid, Quantum Dot technology.

Starting from HKD$14,980 at Lane Crawford 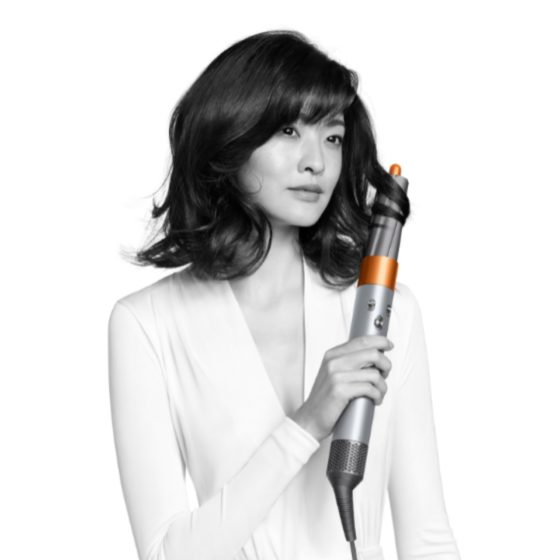 The hair-tech tool that launched months-long waitlists when it first released in 2018, Dyson’s Airwrap Complete styler returns cast in an all-new colourway for 2020’s holiday season: shiny copper and silver. The aerodynamic Coanda effect that guides hair with streams of air continues and will continue to impress; say ‘no more’ to manual hand wrapping and embarrassingly fatigued biceps. Complete with four barrels, two brushes, one pre-styling dryer and accompanying accoutrements in a presentation box also cast in the limited-edition hues. 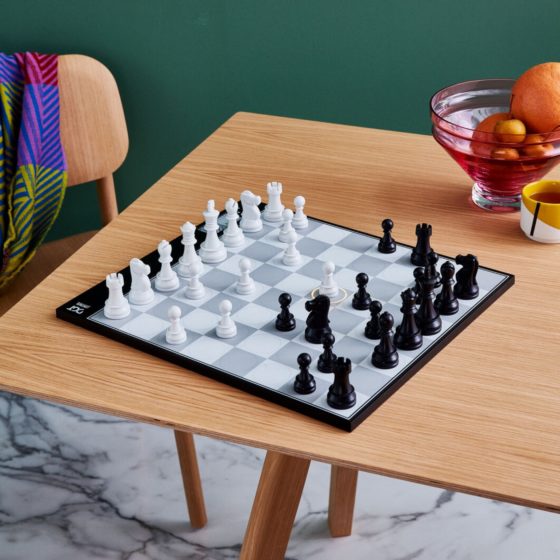 If Anya Taylor-Joy’s performance in Netflix’s ‘The Queen’s Gambit’ prompted any grandiose ambitions about becoming the next great chess grandmaster, this Centaur smart chest set — which allows plays against a computer algorithm that adapts to your specific level: novice or advanced  — is a good start. Sure, you could gamble your chances against bots online, but how much cooler is this real, tangible chessboard, complete with LED light indicators, weighted chess pieces and an e-paper display?

SHOP HERE
Gift Ideas Technology Tech gear christmas presents Samsung TVs iPhone 12
You might also like ...
Style
10 luxurious tech accessories for your everyday gadgets
Gear
Review: Thinking to get the new iPhone 12? Here’s how it fares when your camera always eats first
Joey Wong
Editor
Constantly in pursuit of a multi-hyphenated career, Joey has written her way through fashion trends, youth culture and luxury retail in New York and Hong Kong. Beyond internet adventures tracking down the perfect vintage find, you can probably catch her sipping on her third oat milk latte of the day in the city’s newest café. She’s currently mourning the loss of TikTok in Hong Kong.
Style Culture Drinks Hong Kong Art