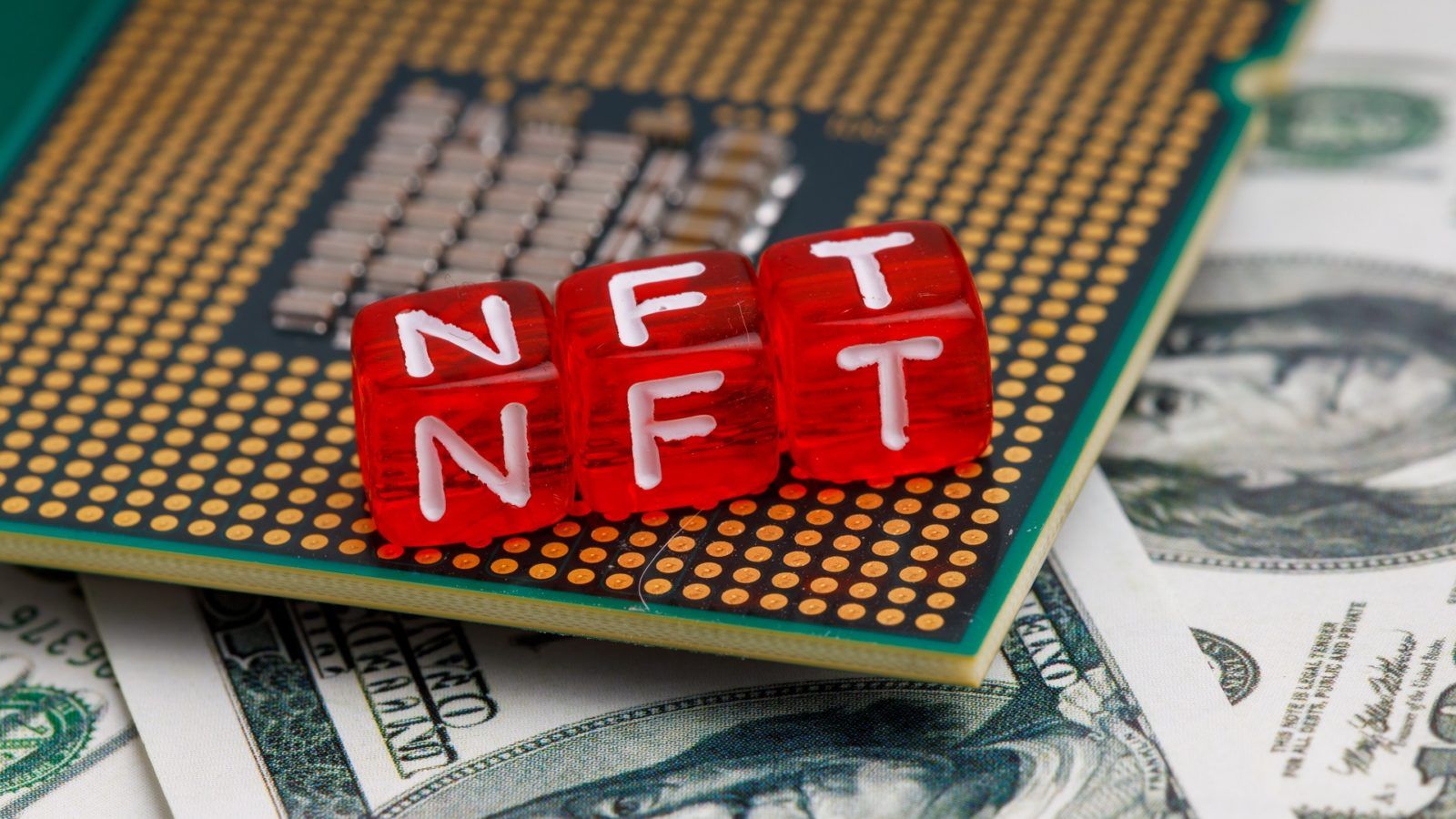 From minting to rug pulls, here’s the lingo you need to know to start your NFT journey.

With the rise of NFTs, a whole host of potentially unfamiliar words and phrases have also entered the lexicon. To better understand this brave new world, it’s important to understand the lingo around them, as well.

Let’s start with NFTs — short for non-fungible tokens — which are cryptographic tokens existing on the blockchain. They are unique and can be traded or kept as collectables. The demand for these digital collectables has been extremely high in recent years and many of them have sold for millions on designated trading platforms.

Still lost? Maybe. But we promise it will all make sense soon. For the uninitiated, here’s an abridged guide to better understanding NFTs and everything related to collecting, trading and more.

NFT terms primarily originated from those used for cryptocurrencies. Since both exist on the blockchain, they are technologically similar.

One example is HODL, or Hold On for Dear Life, which originated in the cryptocurrency world and is a term used to indicate that a holder of a crypto or an NFT is not interested in selling their token irrespective of market rise or fall.

Then there are smart contracts, which is simply the programme that handles transferability and verification of the ownership.

Many of the terms in the NFT community are acronyms and lingos used on social media. For instance, FOMO, which is an acronym for “fear of missing out”. In the world of NFTs, FOMO indicates the trepidation of collectors of missing a highly sought after token or artwork.

Several other terms sharing meaning with those used in the social media space include DYOR (Do Your Own Research) and WAGMI (We’re All Gonna Make It!).

Additionally, some terms have a connection to the real world of trading but are slightly different in meaning. In the NFT space, an Alpha is someone who has inside information about a collection. In the world of traditional finance, Alpha is the measurement of an investment portfolio’s performance against a certain benchmark in the stock market.

Besides these, there are quite a few very important terms in the NFT glossary to know before you start your journey in this increasingly interesting space.

Airdrop is the term used to refer to bonuses or free collectables. This is a way of promoting a new NFT or adding to the popularity of an existing one.

Airdrops are, therefore, promotional tools employed to increase the user base for an NFT collection. Sometimes, airdrop NFTs are presented as a reward to holders for their loyalty or positive feedback on social media for a project.

Perhaps the most popular airdrop in the world of NFTs was the “serum” launched by the creators of the Bored Ape Yacht Club (BAYC). As stated earlier, it allowed existing holders to transform their Bored Apes into Mutant Apes.

However, it is important to check the source of the airdrop. While airdrops coming from reputed projects are certainly worth grabbing, scammers use the method to steal private information. An unknown NFT dropping in the inbox from a random individual would most likely be a scam.

Drop means to launch or release. The word is not just associated with the world of NFTs but is also increasingly used for other products such as music albums and merchandise.

When dropped, unless specifically restricted, a collection becomes available for trading in the market, and trading begins at the floor price.

When a trader buys and sells an NFT quickly, the transaction is known as flip. “Quickly” doesn’t necessarily imply selling within hours; it can also be a few days from buying.

Flip is done mostly by those who want to make a quick profit from an NFT they know will remain in demand in a short time. This is similar to share market transactions where traders buy and sell a promising stock for profit within days, during which its value is rising.

The floor price is the base price of an NFT. When a project is dropped on NFT platforms, trading begins at the floor price. This is the minimum you have to pay to acquire a token from the collection.

The floor price changes constantly with time. If a collection becomes famous, the floor price is bound to rise. The current floor price to buy a BAYC token is 101 ETH (Ether) — an indication of how sought-after is every single ape in the collection.

Usually, the NFT creator is the one who sets the floor price. This means that anyone who wants to sell NFTs can set a floor price for the same. The lowest floor price is reflected on NFT trading platforms such as OpenSea.

Gas is basically the charge you need to pay for any trading on NFT platforms. In some platforms, gas needs to be paid in every step — from minting to NFT sales.

Gas is paid via cryptocurrency. Since most NFTs exist on the Ethereum blockchain network, the preferred digital currency used for gas is Ether.

It is important for anyone trading in NFTs to note the gas charge. Since it needs to be paid at every step — from minting to selling and purchasing — it progressively gets added to the cost of the transaction.

The sale price of the NFT must, therefore, factor in the gas charges. Otherwise, it may result in a loss to the seller, especially to those who are new to NFTs. Similarly, the buyer, too, has to pay a gas price for every transaction. Even cancelling an order requires a gas price.

Gas prices are influenced by the traffic on the blockchain as well as the size of the NFT. If the network is congested, the gas price will be high. Larger files also require higher gas fees.

Prices of gas can be adjusted depending on the NFT platforms on which it is being traded. Experts know how to keep the gas prices as low as possible through ways such as setting gas limits and trading time.

Although NFTs are digital assets, it does not mean everything digital is an NFT. For example, a photograph taken by a smartphone existing in its gallery is certainly a digital file, but it is not an NFT. But why is that so?

Like cryptocurrencies, NFTs exist on the blockchain. Therefore, all NFTs need to be in a form that can be stored in the decentralised, distributed ledger through which their ownership can be tracked. All digital files, including music and digital art, thus need to be converted into NFTs.

Minting, one of the most noteworthy NFT terms, is the process through which digital files are converted into digital assets meant for NFT trading. Through this, anyone can create their own NFTs from their own files to preserve as a unique token or trade them on NFT platforms.

With the help of platforms such as OpenSea and Rarible, NFT minting has become fairly easy. All that you need to do is have a crypto wallet linked to the platform, upload the file that needs to be converted into an NFT and use the tools on the platform to mint it.

PFP stands for profile picture. In simple words, when an NFT token looks like a profile picture, it can be called PFP. The CryptoPunks and apes of BAYC are the best examples of PFPs.

LarvaLabs’ CryptoPunk was the first PFP-based NFT project. All CryptoPunks are pixelated personas that can be used as profile pictures on social media by their owners. The same is the case with BAYC and MAYC.

Interestingly, the PFP-type NFTs have been a rage among collectors. On 13 February 2022, CryptoPunk #5822 was sold for 8,000 ETH, which was roughly USD 23.7 million at the time of sale. It was the highest-ever price for a CryptoPunk. In fact, four of the 10 most expensive NFT artworks are CryptoPunks.

The total trading volume of CryptoPunks on OpenSea is 874.2K ETH, which is around USD 3,005K at the time of writing.

The first thing that might crop up in a casual conversation is an “NFT project”. So what exactly is that?

An NFT project is basically a collection of NFTs belonging to the same family. For example, the famous CryptoPunks and BAYC.

NFT projects begin with an idea and can diversify into multiple sub-projects. The creators of a project can also launch a different project along the same lines as the original. The brains behind BAYC, a high-value NFT project, was followed up with Mutant Ape Yacht Club (MAYC), in which apes were depicted as mutants.

Projects can be interlinked through unique features — holders of Bored Apes can use a “serum” to convert their tokens into Mutant Apes.

Tokens of a project almost always have a common feature. In the case of BAYC, all tokens are basically apes, but each has a distinct set of attributes. However, in the case of CryptoPunks, there are multiple face templates, with each having a separate attribute.

In simple words, rug pull is scamming people in the NFT world. There have been several cases where gullible enthusiasts have been lured to invest in NFTs. The price of the NFTs is pushed up and when the timing is right for the scammers, they simply make away with the profits. Once that happens, the value of the NFTs sink to zero — a total loss for the investors.

Rug pulls also happen in the world of cryptocurrency, which, too, is an investment. One of the most talked-about rug pulls from 2021 was the Squid Game crypto scam. The token appeared on the PancakeSwap marketplace on 26 October.

Its value rose quickly on the back of the popularity of the Netflix Korean drama Squid Game. But on 2 November, after surging 310,000 percent, its value fell to zero, and investors lost everything they put into the token.

One of the most important NFT terms is staking, which is when holders of an NFT ‘lock up’ their collection for a period to earn a better return on investment.

This is somewhat like fixed deposits that banks offer. Here, assets are locked in decentralised finance (DeFi) platforms. Rewards are generated based on the number of NFTs staked and the annual percentage yield (APY), which is roughly defined as the real rate of return on an investment in a year while factoring in the effects of compound interest.

The investment strategy allows holders to make money from NFTs without selling them.

Artworks cryptocurrency NFT Non-fungible token Glossary
Manas Sen Gupta
Manas enjoys reading detective fiction and writing about anything that interests him. When not doing either of the two, he checks Instagram for the latest posts by travellers. Winter is his favourite season and he can happily eat a bowl of noodles any time of the day.
Travel Culture Entertainment Food
Sign up for our newsletters to have the latest stories delivered straight to your inbox every week.