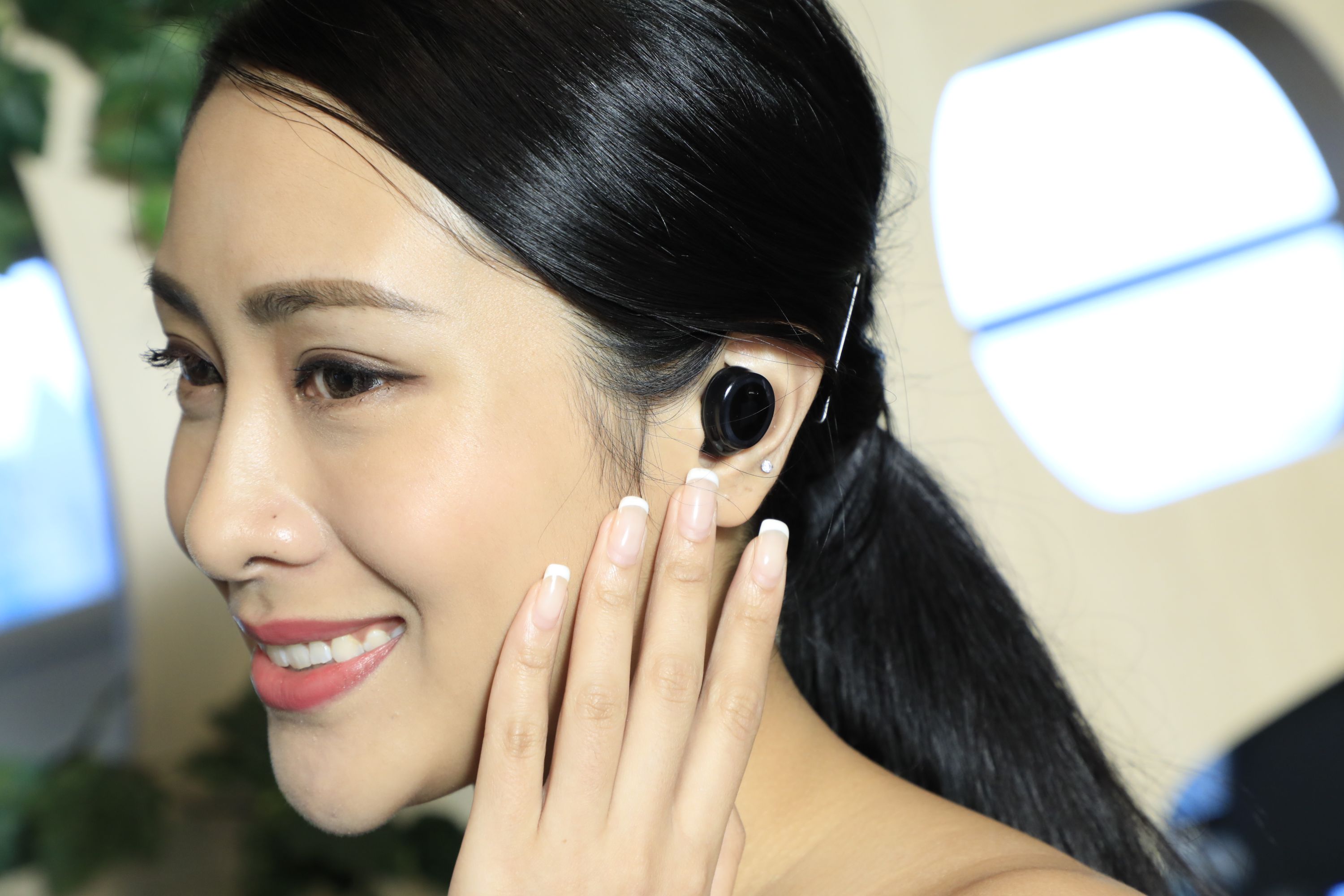 Travelling abroad? Get real-time translations with these intelligent earbuds

Gear
Travelling abroad? Get real-time translations with these intelligent earbuds
Share this article
Next article

It’s considered cumbersome and even prehistoric to fumble around with wired headphones these days. While most wireless headphones on the market admittedly still do have wires attaching the left and right sides, more and more brands are developing true wireless hearables — and these days, they’re not just used to listen to sounds anymore either, moving beyond audio towards fitness and heart rate tracking, and even real-time voice translation.

At the forefront of this technology is German company Bragi, which launched via Kickstarter in 2013. Calling their products ‘ear computers’ due to their intelligent capabilities, Bragi’s latest release — the Dash Pro — packs more than 150 micro-components, a 32-bit processor, its own AI system and 27 sensors into something barely wider than a fingertip. 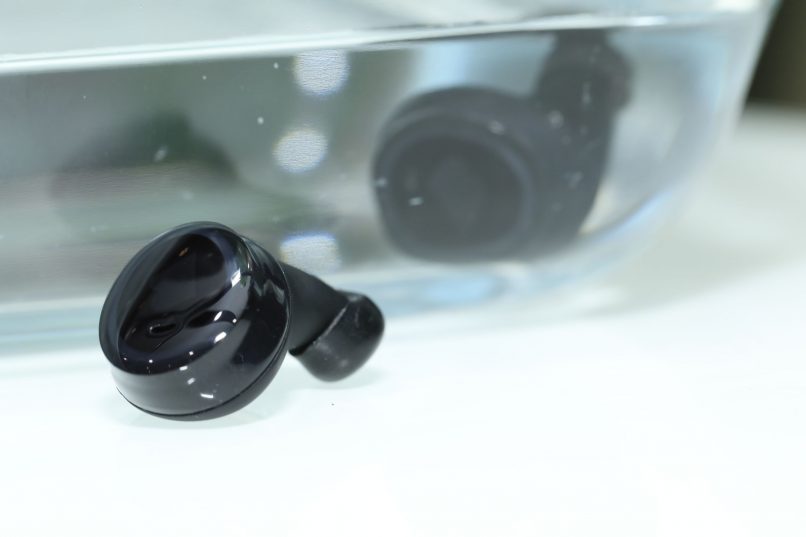 Both sides of the ear pods together are about the size of a walnut, and each box comes with ear tips and full silicone sleeves (especially handy if you want to sweat-proof — and let’s be honest, wax-proof your buds) in small, medium and large sizes for a snug fit.

If that’s not enough for you, thanks to a partnership with hearing technology company Starkey, Dash Pro also offers users the choice to opt for a completely customised fit, which will help provide the best sound isolation, better clarity and no loss of bass frequencies. Overall, the regular Dash Pro already gives unshakeable grip suited for any type of workout — and with IPX7 waterproof rating, useable in up to 1 metre of fresh water, it’s a winning pick for swimmers.

While the bluetooth pairing sequence is said to have been simplified from the previous Dash edition, it is still not completely foolproof. Pairing the Dash Pro with your phone, for instance, starts from the Bragi app itself, but you still need to leave the app to pair with bluetooth in your phone’s settings. The pairing sequence starts (or resets) by holding a tap on the right earbud for five seconds, but I found the sensors don’t always register. The overall procedure is a little clunkier than pairing your average bluetooth headphones, and took a few times to truly get right.

However, after a few uses, the buds seemed to become more intuitive and connect automatically as soon as they were popped in. When you try to leave the room away from your phone or laptop, the bluetooth connectivity falters after just about 12 metres. You could, alternatively, decide to ditch the device altogether, since the Dash Pro offers 4gb of standalone song storage. 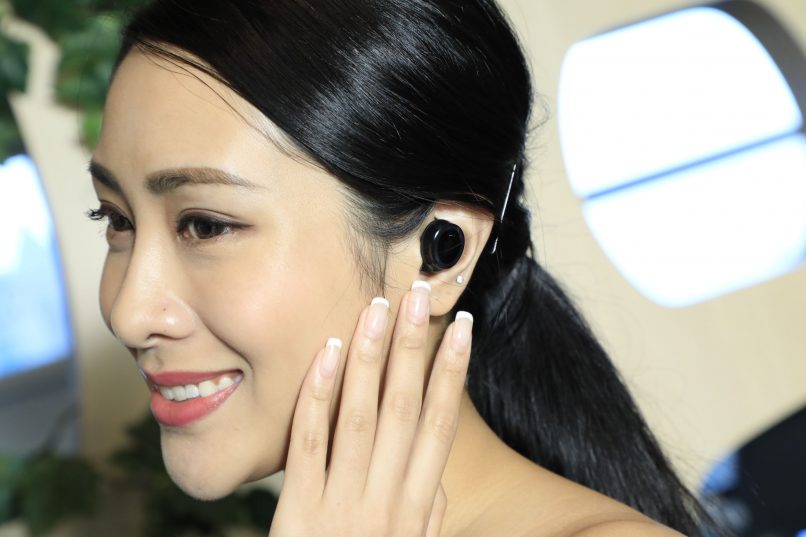 With passive sound isolation basically down pat, the Dash Pro lets you enjoy your music uninterrupted by the outside world. Overall, the sound quality itself — using Knowles Balanced Armature Speakers — is quite rounded and offers a precise sound imaging experience, almost as if the singers are whispering in your ear. Bring on soulful vocals and you’ll feel moved to your core thanks to clear and warm highs; on the other hand, the bass can sound slightly dull rather than getting crisp, spine-rattling, heart-pounding beats. Instead, the bass floats somewhere in-between your ears and it’s just not quite there when you’re trying to feel heavy percussion.

Volume is accessed by swiping the right earbud. On the left earbud, you can control the Dash Pro’s sound transparency with a swipe. Turn it on and it will really amplify the smallest ambient noises around you — the clink of a glass, your colleague’s mouse clicks, nails drumming on a table top — which makes it handier and safer when you’re crossing the road, and means you won’t need to take your Dash Pro out of your ears when you’re trying to talk to someone. The added windshield mode also refines ambient noise for gustier weather conditions or for when you’re on the move. 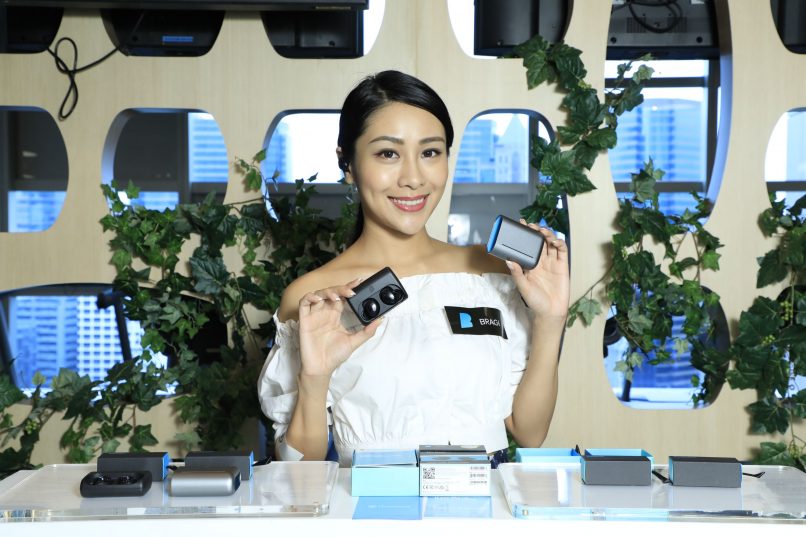 The Dash Pro offers a lot more than just streaming music, largely because of its kinetic user interface. Apart from swiping for audio controls, you can also access activity tracking, and even Siri/Google through a simple tap. If you want to go hands free, the latest Bragi OS that comes with the Dash Pro includes the Virtual 4D Menu, where you can summon Siri, play, pause or skip a song, and start tracking your run, all with simple nods and shakes of the head.

It takes a little time to figure out, but yes, we’ve essentially finally arrived at the age of ‘Minority Report’ in terms of ridiculous technology. Those who have their phones always glued to their hands may find this feature redundant, but those who prefer to keep it in their bag or pocket will cherish the added handiness (or shall I say hands-freedom…). Beyond that, you can make the most of the Dash Pro and access all of the above controls via the free Bragi app, where you can also see your health stats, including step count, cadence, distance, speed, breaths, lengths and heart rate.

A new feature of the Dash Pro is that it’s fully compatible with the iTranslate app, and each new product comes with a 1-month free trial. The connectivity issues mentioned above are further complicated when iTranslate comes into the picture. How we got the Dash Pro to connect was to close all bluetooth pairings with the phone, and pair from the iTranslate app itself. But while adding a potential layer of fuss, you do get the convenience and niftiness of having real-time translation: simply pop the earbuds on and say something to have it translated back to you in up to 40+ different languages (accurate about 80% of the time, we found).

If you’re speaking to someone also wearing a set of Dash Pros, you can connect directly with their earphones as well to theoretically have a conversation without needing to know the other’s language. One drawback is the robotic-ness of the entire act; it’ll be hard to ask for directions when the other is speaking in a native, rapid-fire speed, or if their voice is blocked by ambient noises. You would need to speak super clearly to get the full sentence, or risk getting a jumbled mess à la Google Translate. While it’s a standout feature, there’s a long way to go in terms of development and streamlining to make it actually useable for real-life conversations. 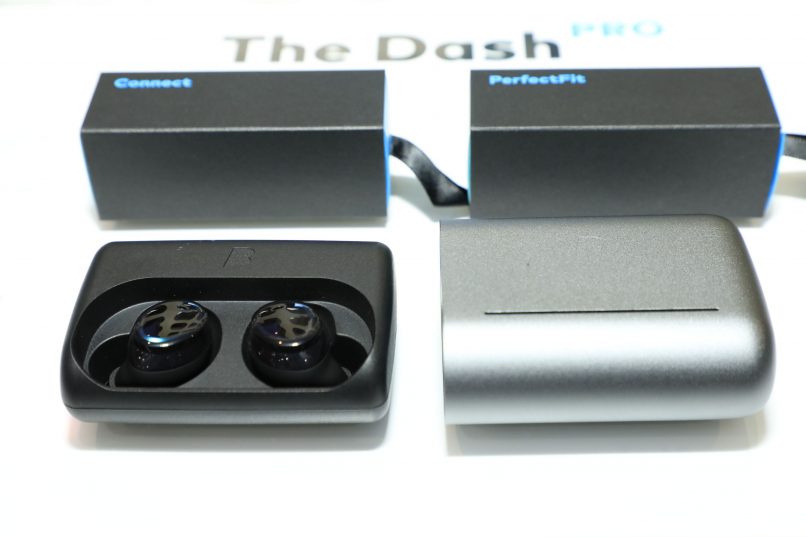 The battery life has improved significantly since its earlier model, with five hours of playtime per full charge. You can give the Dash Pro up to five full charges in its charging case before you’ll have to plug it in again. The charging case itself, now in gunmetal, is admittedly larger than competitor brands (namely Apple’s dinky AirPods case), but it is very durable and sleek in design (plus, it ensures you won’t lose your earbuds!).

Overall, if you’re looking for a set of next-level in-ear wireless headphones, the Bragi Dash Pro is worth a try for its all-rounded audio and comfortable fit alone. The added plus is all the high tech controls that will really transform your everyday music-listening and call-taking experiences. I look forward to other apps that can pair with the Dash Pro and give it an extra dimension of functionality.

The Dash Pro is priced at HK$2,598, available from the Bragi shop and truewireless.hk, and soon in major retailers citywide.