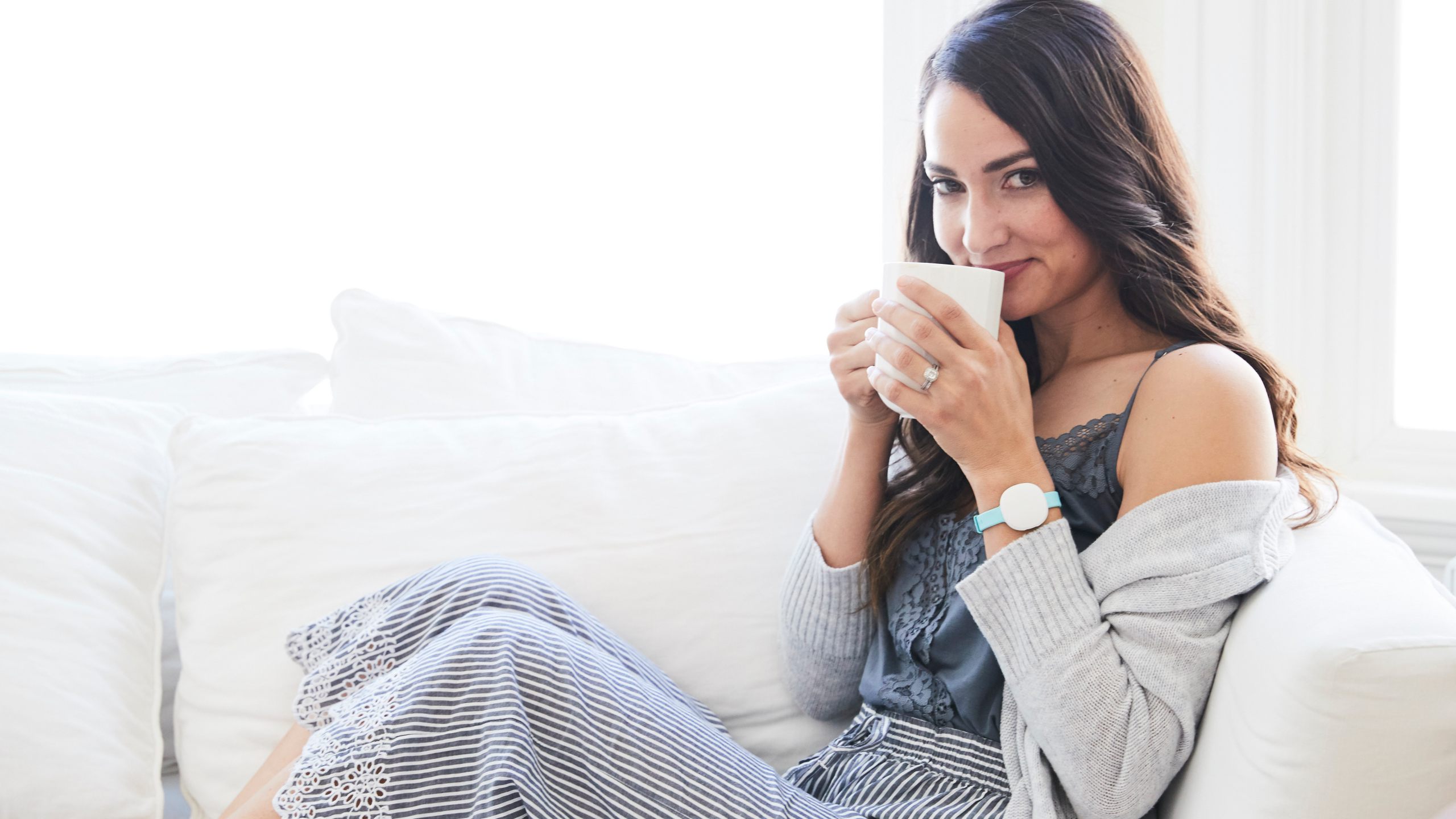 Periods are a messy but inevitable fact of life — and for women, our cycles are always on our minds. In a world where we can order dinner from our phones, call for a ride, shop online, and track our heart rate, steps and sleep, it’s odd that something that affects every female in the world doesn’t get its share of tech-fuelled convenience.

Until now, that is. Whether you’re looking to conceive or just hoping to learn more about your body, the Ava bracelet — recently launched in Hong Kong — offers unprecedented insights to track and accurately predict the course of a woman’s fertility cycle.

Launched in 2016 in San Francisco and clinically tested for a year at the University Hospital of Zurich, the Ava bracelet is the first on the market to record an array of physiological data to confirm the first signs of the fertile window and when it ends. Tests have shown to detect an average of 5.3 fertile days per cycle, with 89% accuracy that improves with increased data, particularly tracked from an individual who has regular cycles.

This is a big improvement from existing services such as Fitbit’s popular female health tracking feature, the female-centred BellaBeat tracker, or period tracking app software such as Clue or Eve. Those apps and wearables base their fertility window and period date estimates from information provided by the user; to sum it up, they’re not ‘tracking’ so much as merely logging information and counting the days until the next phase.

Up until now, the focus has also been squarely on the actual period itself. But a lot more is happening under the surface during days that we’re not bleeding: hidden stressors or underlying physiological issues that create fertility problems that are often invisible to even our gynos. Ava aims to bring these to light with the day-to-day feedback it measures from your body, whether you’re on a mission to conceive or you’re not wishing to get pregnant at all.

Truly it’s unprecedented, incredibly useful knowledge, particularly for women planning to take control of their cycles and go off hormonal contraceptives like the pill, or are following the fertility awareness method. Women on the pill are not on a true ovulatory cycle, and the side effects reported from taking it long-term are numerous, including autoimmune disease, thyroid and adrenal disorders, and even breast and cervical cancer, as written by Jolene Brighten, author of “Beyond the Pill.” At the same time, more than 60% of women in the US are prescribed the pill for non-contraceptive reasons such as endometriosis, PCOS (poly-cystic ovarian syndrome) and acne. With a tracker such as Ava providing detailed physiological information, women can begin to know precisely what is going on in their bodies and how to achieve better fertility health.

The Ava bracelet is made to be worn when you sleep at night, and when synced with the phone app in the morning, it detects where you are in your cycle. Traditionally, this was measured by thermometer or by urine tests to indicate ovulation, so the Ava itself removes that kind of hassle and potential inaccuracies caused by human error.

The tracker itself is light and comfortable to wear with a thin wrist strap and smooth, curved edges — you can barely feel it’s there when you’re sleeping. Currently, it’s only available in a white and robin’s egg blue style somewhat reminiscent of a newborn’s hospital tag — not exactly stylish, but perhaps also irrelevant as you’ll never have to wear it outside the bedroom.

Ava boasts a minimalist design (the first generation was less sleek, with an oblong shape reminiscent of a dividing cell), with no on/off button — the device turns on when it touches your skin. With only an LED light as feedback, the light signals can get confusing. For instance, solid pink light means you haven’t synced your bracelet to the app that day, and it won’t record any further until you do. Flashing pink however, means that it’s on low battery. There are also different meanings behind solid white and flashing blue, so you’ll have to refer to the manual to remember the different indicators.

When trialing the Ava bracelet at Lifestyle Asia, it took three members of the editorial team to figure out how to make the Ava work: one girl couldn’t pair it to her device; another had issues syncing the data in the mornings over a week. I managed to get the device to work after updating the firmware, and so far it’s been quick and seamless to sync the Ava every morning — done in less time than it takes to brush my teeth.

The interface of the app itself is quite self-explanatory. The dashboard immediately tells you whether you’re at low, high or peak fertility, and offers health articles from the Ava blog depending on what’s relevant to your interests. Then there’s the timeline, which displays your pulse rate, skin temperature, breathing rate, sleep quality and HRV ratio, as well as your predicted fertility window in green and your period in pink.

There’s also space to log your mood, physical symptoms, whether you had sex, even cervical fluid and pregnancy test results. If you don’t record enough data for it to make accurate predictions, the app falls back onto calculated estimates taken from your own self-reported cycle length.

My main issue with the data given is that you become the person to draw the conclusions. The most insightful page is under the History tab: Ava lets you know your average pulse rate and breathing rate. You learn how much you’re sleeping and how much of it is in REM; it tells you your average heart rate variability ratio too.

But, it doesn’t tell you within the app whether these numbers are normal, or about how these physiological signs correlate with which phase in your cycle — you’ll have to do the reading and research yourself. If you want a prediction on when you’ll get horrible mood swings or nausea or cravings, you’ll have to look at the previous data (and info you’ve logged yourself) and connect the dots — again, by yourself.

That said, knowing more scientific background may also help you plan your life better, too; By learning how and when your body cruises through the follicular phase, fertile window or luteal phase, you can better time health changes such as diets and cleanses, workouts, or even special events when you want to avoid bloating. And by extension, you also get to plan when best to try and conceive. But without any deeper understanding of the stats, the numbers will seem rather meaningless to the average new user.

Ava claims to have helped over 20,000 women around the world successfully get pregnant already, and currently it’s one of the most sophisticated, empowering yet simple methods for women seeking to understand their cycle and conceive.

While the bracelet is priced at a costly HK$2,388, it is admittedly the only device on the market that does what it purports to do: offer clear insights into a woman’s fertility with complete convenience.

The Ava also offers very promising applications for those with irregular periods because it should be able to predict fertility and your period based on new data that gets updated daily. The bracelet itself has only been tested for cycle lengths from 24 to 35 days, and has not been tested for those experiencing PCOS.

However, after raising US$30 million just last spring, the company is reportedly investing more research into the contraceptive applications of the app as well as for women reaching menopause, as well as all sorts of fertility and pregnancy complications.

“The overall vision of the app is to become a companion for all of a woman’s different life stages, including trying to prevent pregnancy and menopause,” Lea von Bidder, CEO and co-founder told TechCrunch. Hopefully, the insights on female fertility can only expand from here on out.

As Von Bidder wrote in a HuffPo article, “Every woman deserves to experience and understand her natural cycle. What you do with it—get pregnant, live healthier, or simply satisfy your curiosity—is entirely up to you.”

The Ava bracelet costs HK$2,388 and is available online or at The Landmark’s The Artistry and select Fortress outlets.