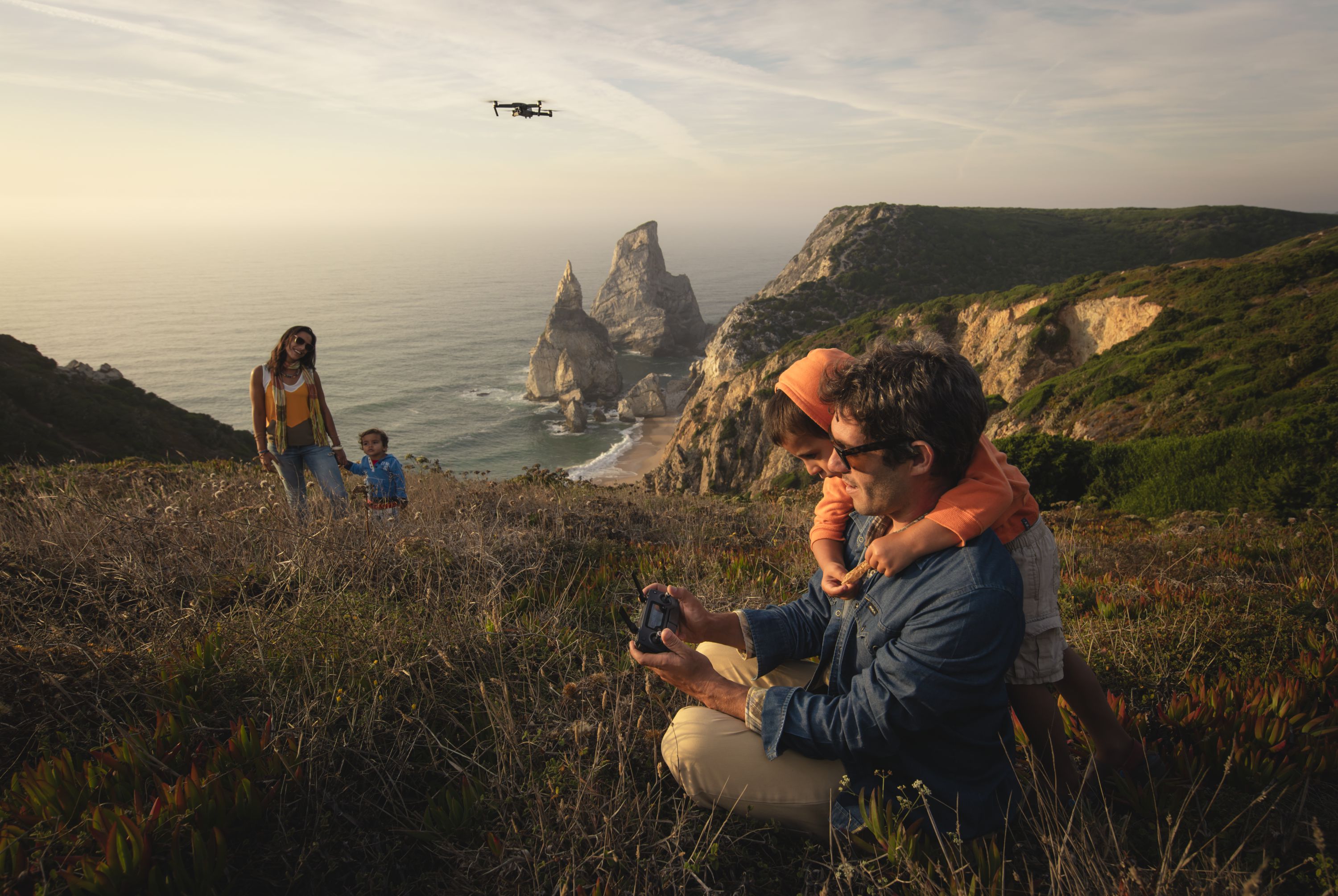 You’ve no doubt seen them on Instagram: incredible photos of cities and landscapes from dizzying perspectives that look like they couldn’t have been taken by actual people. The fact is they weren’t, not quite anyway, since most of these dazzling images are captured by flying drones that are put to good use by professional photographers.

Times are changing, however, and consumer drones are continuing to grow in popularity amongst a wider audience, and companies are striving to make new models that meet the needs of Instagrammers on the go. The latest model by DJI — the most popular makers of consumer drones on the market today — is the Mavic Pro, which happens to be their most portable quadcopter drone yet.

We recently had the opportunity to take the Mavic Pro out for a test spin in Repulse Bay — partly because most of Hong Kong’s harbourfront is a no-fly zone, but also so we could take photos like this: Needless to say, it wasn’t the worst way to spend a sunny Friday afternoon.

In contrast to DJI’s older models, the Mavic Pro is relatively easy to carry around. It’s foldable, but its four arms can be flicked out in a matter of seconds. It’s much more compact than earlier models, with a length of less than 20cm and height and width of about 8cm, making it fit easily in backpacks or even a medium-sized handbag. The Mavic Pro is also exceptionally light: just 0.7kg compared to 1.3kg of the Phantom 3 and 4 series. The remote control that pairs with the Mavic through Bluetooth is also just a tad larger than an iPhone 7, and includes foldable clamps that hold your phone in place. This is essentially your viewfinder, showing what the drone’s camera sees and allowing you to access different key features through the DJI GO app. You can also manoeuvre the aircraft with your phone alone, by setting up a separate connection through Wi-Fi.

Like many of DJI’s photography-stabilising tools, the Mavic runs on a super smooth and precise 3-axis gimbal, which you can tilt upwards 30 degrees and down 90 degrees for aerial shots at the flick of a joystick.

Once calibrated, take-off and landing of the drone happens with just the simple push of a button. When the Mavic is up in the air, the lefthand joystick controls flight height and direction, while the righthand joystick controls forwards and backwards, or lateral, motion. This can fly to a maximum of 5000m above sea level, but pilots should make sure to set the aircraft’s maximum to just 300ft (about 91.44m) on the DJI GO app to comply with Hong Kong regulations. 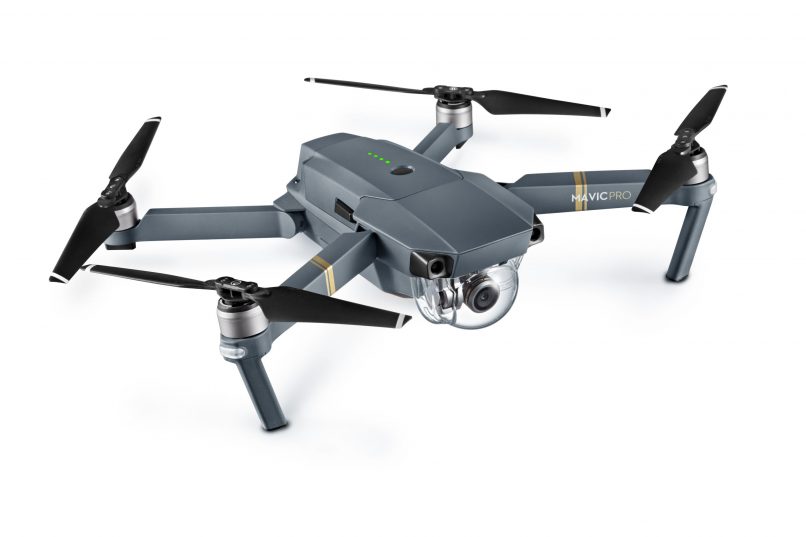 You can fly the Mavic Pro out for a maximum of 7km before the signal range dissipates, at which point the drone enters Return Home mode. It also does this automatically when the battery’s about to run out, though you can activate this feature anytime you want the drone to fly back to where you started.

When you’re not touching any controls, the machine just hovers effortlessly in mid-air for a maximum flight time of 27 minutes, just about 3 minutes shy of what the Phantom models are capable of. If the controls get a little overwhelming, which definitely happened for me during the first few minutes — moving your thumbs in opposite directions requires more concentration than you’d expect — you can take advantage of a nifty feature called Tapfly, which allows you to just tap the direction you want the drone to head to on your phone, and the drone will follow.

The first order of the day was to take a “dronie”, or a selfie using the drone’s camera. You can do this easily by directing the drone to look at you, and then pressing the shutter on the remote. But there are a couple of fun and unique features on the Mavic Pro that can help you achieve similar outcomes. Using Gesture mode, you can set a predetermined gesture, such as arms in the air or a V-sign with your fingers, and the drone will automatically snap a photo of you. Using Active Tracking, you can choose your target — be it a person, animal or other moving object — and the camera will follow it wherever it goes. Similarly, if you’re looking for the best “candid” snaps or video of your treacherous trek up Dragon’s Back, you can use Terrain Follow, where the drone will follow you and adjust its own altitude accordingly as you journey up a hill or uneven trail.

Boasting a tiny but powerfully stabilised 12.35-megapixel camera capable of recording 4K resolution videos, as well as the ability to take portrait shots, the Mavic has everything a casual consumer or beginner really needs. With its versatile range of features and movement — not to mention its tiny size, which allows it to fly inside narrow canyons, caves or corridors — it’s perfect for any adventure junkie just starting out in the drone world. On that note, if you’re ever looking for more high-impact shots and fast panning, you just have to toggle the switch over to the manual Sport Mode, which will allow you to fly up to 40mph (65kph) — which means you can track sprints, bikes, and even cars with ease.

Though the Mavic has many positive aspects, there are some drawbacks to be aware of. While it flies quite smoothly, the drone was less responsive than I expected, largely due to its weight, which I imagine would not be the case with larger, heavier models. It’s a nimble aircraft, but rapid ascents, descents, and quick turns weren’t as sharp as they could have been.

Also, despite being able to fly over water, the Mavic is not waterproof (you can’t fly it even if it’s drizzling out) so taking it to the beach poses some risks. When landing, sensors on the bottom help to detect whether the ground is safe for it to land. However, this Landing Protection feature is unable to detect that the surface of the sea is water, and therefore unsafe. That being said, as long as you take the time to  practice piloting — or perhaps have the guidance of an experienced drone pilot — you should have no trouble taking advantage of all the Mavic has to offer without accidentally destroying it. Priced at HK$7,759, the Mavic is a bit of an investment, but it’s a reasonable price to pay if you want to capture your adventures, whether you’re island-hopping across Hong Kong, cruising on a yacht party, or taking a dronie from your rooftop. It would make an unbeatable gift for any loved one, especially if they love posting photos and videos on social media. With this release, the crowd of #Dronestagrammers is only going to get bigger, as consumer drones become increasingly more accessible and easy to use.