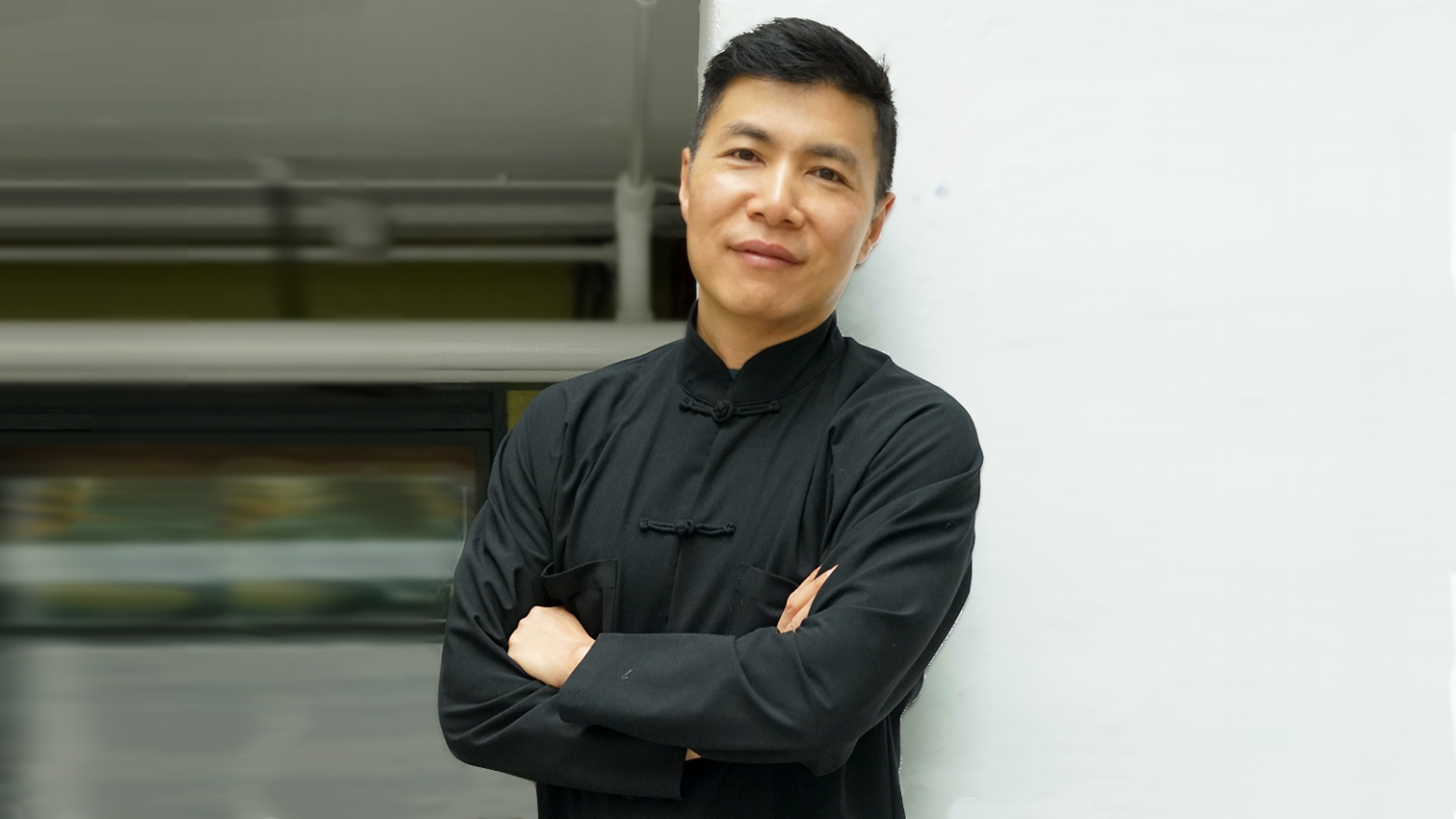 Images of Hong Kong’s quintessence — its old tin letterboxes, scruffy silhouettes of tong laus, games of mahjong and of course, the iconic red-white-blue carrier bags — all probably wouldn’t have been brought to the fore without homegrown homeware brand Goods of Desire, also known as G.O.D.

G.O.D., which reads homophonically as ‘to live better’ in Cantonese, was co-founded in 1996 by architect-designers Douglas Young and Benjamin Lau. Throughout almost 25 years, it’s become synonymous with the essence of local design and culture, capturing the city’s unique mix of east and west, old and new.

Whether it’s in bilingual pun-based graphic tees, modern interpretations of cheongsam, as well as the goldmine of furnishings and gifts donning G.O.D.’s instantly recognisable patterns and sense of humour, the duo have been instrumental in turning Hong Kong’s most humble street motifs into icons its residents can be proud of.

Its brick-and-mortar stores dotted around Hong Kong are no stranger to those who love whimsical design, but you may have also spotted some of its signature flair at plenty of collaborative projects throughout the city. Companies such as Starbucks, Cathay Pacific, SoHo eatery Ho Lee Fook and more have also benefited from a partnership with Douglas Young and his team.

As the prominent face of the brand, Young is a London-trained architect who, after more than a decade spent in the UK, returned to Hong Kong in 1991 filled with nostalgia for his hometown. During years where the city’s brand of cultural identity was little more than a thriving colonial port city, Young sought to rectify that — placing a much-needed lens on his favourite textures, sights and sounds of Hong Kong to establish Goods of Desire’s core visual language.

After more than two decades and countless awards, Young still continues to spearhead ways to champion and support the local community. In response to the current pandemic crisis, G.O.D. has been producing Hong Kong-made reusable face masks and handy mask-holders in a range of styles echoing the local spirit.

As one of the leading voices in regards to design and culture in Hong Kong, what better way to get into the business of celebrating the city during this time than to get behind the scenes with the founder himself? In this week’s instalment of 27 Questions, we chat with Douglas Young to learn more about his habits, routines, life philosophies and his affinity for music and fast cars.

That which doesn’t kill you makes you stronger. It’s not just appropriate for what are going through now but things in general. I do really believe in challenges and if one can overcome challenges, one emerges fitter and stronger and ready to fight bigger battles.

Recently, I had a piece of steak at Henry’s in the Rosewood Hotel and it was amazing.

I don’t really have a role model as such as I don’t necessarily believe in role models. I have a lot of heroes such as the French architect, Le Corbusier. I have a lot of respect for Joyce Ma, the founder of Joyce boutique, whom I worked for when I first graduated. She taught me to always keep an open mind. To be almost naïve when looking at things and always approach things as if they were new. To always live life to the fullest.

My very first job was a summer job as a trainee on a construction site. That site is now Exchange Square. I was probably around 17 years old.

This morning. I drive every day — I love driving. I have a driver, but I drive him around most of the time.

It is an older building so it has high ceilings and the walls are all brick, none are structural, so I can change the layout whichever way I like. It’s very flexible.

Definitely night owl! I would say I am nocturnal. I was born the year of the snake which explains it. Plus, I like to sleep in.

9. What is your biggest guilty pleasure?

To speed. I love speeding — which I never do in Hong Kong. ;)

10. What is one movie everyone should see?

The Shining — because it is a thrill while you are in perfect safety and it’s by a Master.

Going driving early in the morning with friends and catching up for breakfast. Then we usually have lunch with family. I usually enjoy a quiet Sunday afternoon writing or reading.

12. Which phone app do you think more people should know about?

13. What is your greatest fear?

My biggest fear is getting locked-in syndrome. Where you’re conscious and alert but your body is paralysed.

14. What is your biggest regret in life?

I regret not learning a musical instrument properly. I love music — I chose the cello when I was younger but it has such a limited range. I wish I had chosen to play the piano or guitar.

15. What do you hate most about living in Hong Kong?

The summer heat, the humidity. I am a cold weather person.

16. What is the top destination on your bucket list?

I really want to explore more of the Middle East. I was very much looking forward to a trip I had planned for Israel but then everything was cancelled. I think it is a fascinating part of the world with such a rich culture and history.

Sydney, Australia. I love the city and the people are friendly. It is a relaxed beachy lifestyle yet quite sophisticated and with all the comforts and amenities of a big city.

How deep is your love by the BeeGees.

My car. I go for a drive down to Shek O beach.

Playing Lego at home. I loved Lego — I had a huge set and could make buildings, cars — whatever. If my parents sent me to my room as punishment, I could stay there for hours as long as I had my Lego set. It would not feel like a punishment at all.

23. What is one thing you’ve never revealed to your parents?

24. What is your favourite scent in the whole world?

The smell of petrol — I always open the window when I’m filling up the car.

25. Have you ever experienced love at first sight? Tell us about it.

Yes. My current partner and I experienced love at first sight mutually. Neither of us were looking for a relationship and we just jumped into it. That was 26 years ago.

26. How many pairs of shoes do you currently own? which do you wear the most often?

Probably around 30 pairs and I probably wear my Adidas classics the most. My favourites are the Forest Hills.

I always wake up to dreams which are exams-related. Forgetting to attend or revise for an exam. Sometimes people alert me to an exam that I didn’t know about so I panic over not having prepared for it.

Douglas Young G.O.D. 27 Questions
Evelyn Lok
Managing Editor
When not trying out the latest beauty and wellness trends, Evelyn is likely enjoying a perfectly balanced negroni or exploring some of Hong Kong's best new places to eat and drink. At Lifestyle Asia she covers everything from the biggest events in town to interviews with Hong Kong specialists, with topics spanning art, food and drink, health, tech, and travel.
Beauty Wellness Events Art Drinks