Talk about kicking off the new year with a bang. For our first edition of ’27 Questions’ this January, we’re delighted to speak with Eugene Kan — co-founder and Editor-in-Chief of MAEKAN, a platform-slash-publication that tells stories of the global creative community. As Kan himself puts it, “[MAEKAN] is driven by the unexpected connections which span fashion, art, design, tech, music, food and more”.

Culture vultures of a certain age will doubtless be aware of Kan’s work. The 35 year old Chinese-Canadian moved to Hong Kong for a career in professional football, before falling in with contemporaries like Kevin Ma (HYPEBEAST), Alex Maeland (MAEKAN co-founder), and Elliot Faber (Yardbird) — forerunners of an international zeitgeist that now embodies the thriving intersection between food, music, and street culture.

He’s probably loathe to self-aggrandise, but Kan played a formative part in shaping this now-preeminent discourse around online youth culture (particularly within Asia). Following 8 and a half years at HYPEBEAST — in its earliest days, Kan was the streetwear/pop culture phenom’s first fully fledged editor — he’s turned his incisive brand of content creation on a broader range of issues. From breathtaking footage of Hong Kong’s ongoing anti-extradition protests to long-form discussions about mental health (with Linkin Park’s Mike Shinoda, no less) his team at MAEKAN appear committed to the ideal of storytelling that offers an authentic perspective and opportunity for dialogue.

In the aftermath of New Year’s Eve, we touch base with Kan for a quick chat — applying his trademark pseudo-intellectualism to our classic 27-point questionnaire. Here were his responses.

Style
How to Succeed: François-Henry Bennahmias, CEO of Audemars Piguet 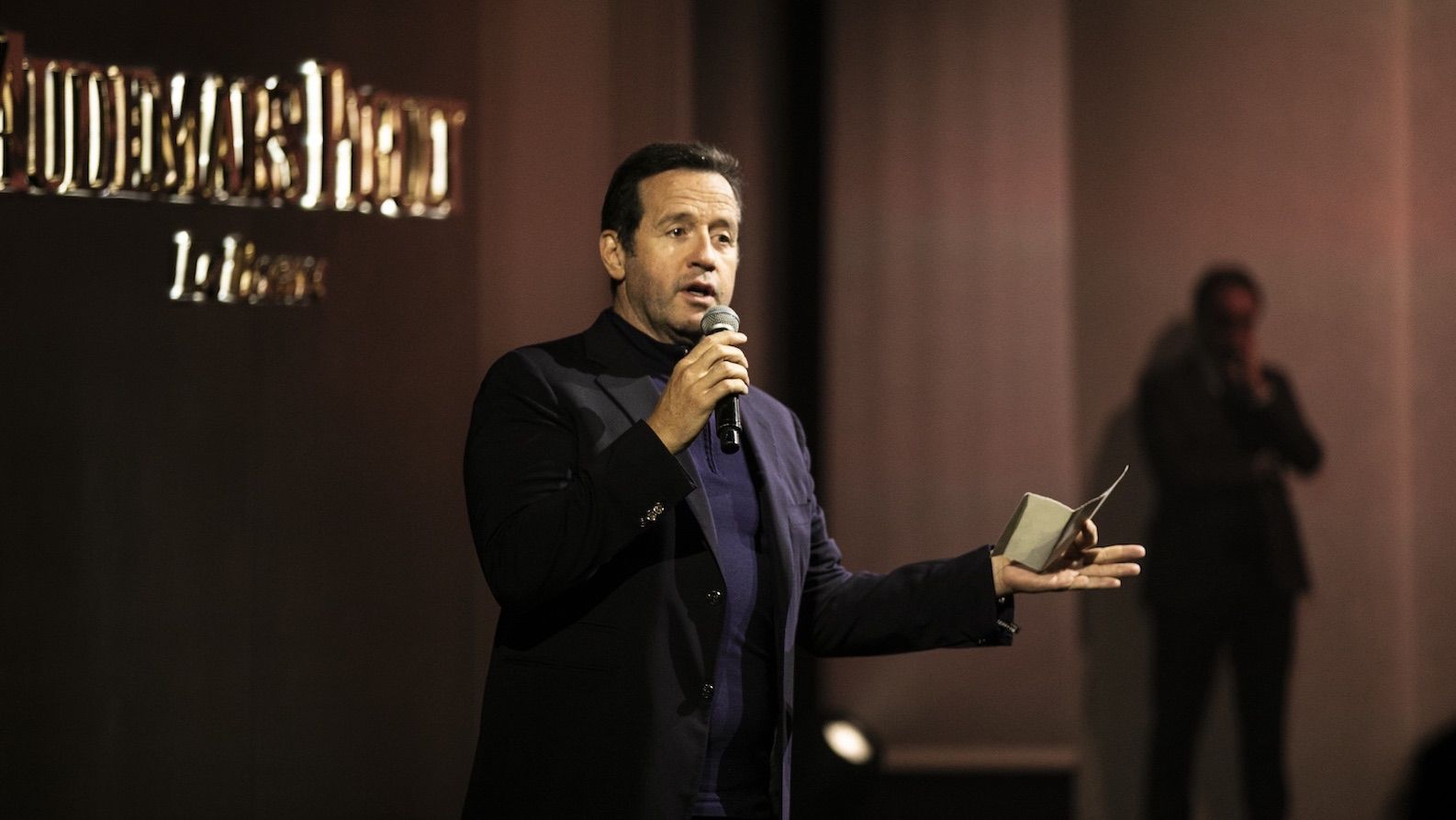 I don’t deliberately think about this, but if I’m paraphrasing it’s something along the lines of “don’t make the same mistake twice”.

I don’t really form strong memories around food like that: I’d say my best meals are probably driven, in some form or another, by company and conversation.

Working at Canadian Tire in the small town I grew up in back in Alberta (Canada). It was a weird job: refilling canisters of CO² for paintball guns and collecting shopping carts. [Laughs]

In the mornings, it’s coffee laced with inulin and collagen. Otherwise, when I’m out, tequila or Coke Zero. Tyler Babowski (Yardbird) took a drink that my friends had made for me in a drunken stupor (combining tequila and espresso) and refined it into something with mezcal and coffee shochu that’s now an off-menu classic at the restaurant.

In San Francisco last September. But I hate driving — it’s such a boring, mundane experience. 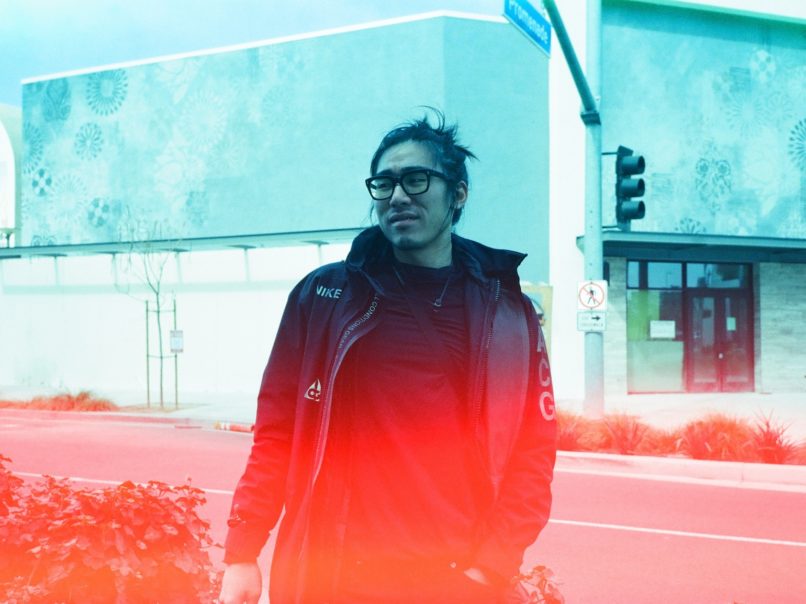 The big windows and the amount of light they allow in.

7. Which phone app could you not live without?

I think most people will probably name the usual suspects (e.g. WhatsApp) but if I had to choose something that I find incredibly useful, my pick would probably be Todoist. That isn’t so much an app as it is a to-do service: allowing you to keep track of tasks across multiple platforms like iOS, Windows, your web browser et cetera.

Probably pasta and its various iterations.

“The fact that there isn’t a clean definition of what a ‘Hongkonger’ represents is both a blessing and a curse. It doesn’t create a unified identity, but allows for a kind of very interesting fluidity.”
Eugene Kan, co-founder (MAEKAN)
9. What is your biggest regret in life?

I don’t really have any regrets. At any given moment in time, most people are trying to make the best decision with asymmetric information. Combine that with timing, and you’ll find that when things don’t work out it’s often due to reasons beyond your control.

I’m not sure if what I “hate” about Hong Kong is actually a phenomenon that’s exclusive to Hong Kong itself. I think late-stage capitalism as we know it is rearing its ugly head everywhere, and we’re beginning to realise that living under many of that system’s pretences is unsustainable. As I’ve previously noted, we work a lot in Hong Kong without necessarily reaping the benefits of a happier more fulfilling life (though admittedly, you could replace Hong Kong with any other major international city and the feeling would be analogous).

Every morning [laughs]. My breakfast consists of oats and powdered peanut butter that’s reconstituted with water. It’s an easy, functional way to get the day started. 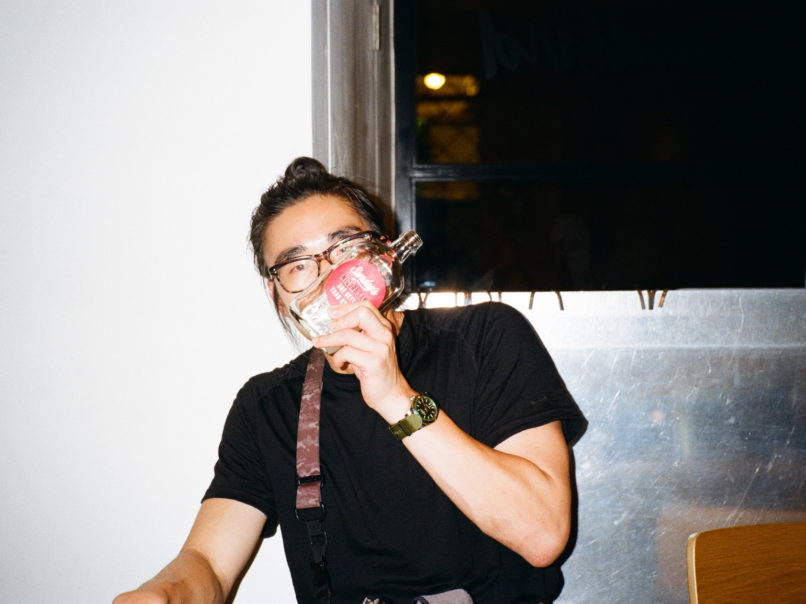 I don’t really have many fears, but getting hurt to the point whereby I can’t play footy at a high level does scare me.

13. What is your biggest guilty pleasure?

A tonne of Subreddits that I can’t share with you, because they’d probably make people question my morals. I also spend a lot of time, for a few months every year, playing Football Manager Mobile — a management game where you organise and control a footy team.

I try to sleep in as late as possible (usually til around 11am or so). Make a bit of breakfast and coffee. Do some light work and then head off to football — usually at the Hong Kong Football Club. After the game, my friends and I get drinks at the bar and then grab a bit of dinner.

I’m pretty content with Hong Kong. If you’re able to get away for work/pleasure with a degree of frequency, then Hong Kong never quite gets old. Every time you come back is effectively a reset.

There isn’t really a definition of this is there? The fact that there isn’t a clean definition of what a ‘Hongkonger’ represents is both a blessing and a curse. It doesn’t create a unified identity, but allows for a kind of very interesting fluidity. 17. If you could invite any five people in the world to your dream dinner party, who would they be?

18. If you could banish someone from Hong Kong forever, who would it be?

[Laughs] I’ve never come across somebody I hated enough to wish this upon them.

Aloneness is very relative in Hong Kong — I see it more as being on your own without somebody bothering you. In that case, I’d probably say the gym? I don’t need to interact with anybody if I don’t want to. I can just go in, listen to a podcast, and do my thing.

20. If you had to describe Hong Kong in one word, what would it be?

“Dynamic.” Hong Kong changes pretty fast and, in many cases, it’s a clear representation of where we are as a global society.

Probably playing football after school with other kids in the neighbourhood. Looking back, it was nothing short of impressive to get 15 kids in rural Canada to come out, meet at the same time, and play footy for two to three hours. Coconut — but not the overly sweet, unnatural renditions of it.

I’m definitely not a good cook. I can ensure a steak is cooked extremely well and the pasta is perfectly al dente, but that’s about it.

24. What is your unique party trick?

25. Have you ever experienced love at first sight? Tell us about it?

Nah [laughs]. In fact, when I saw pics of my wife Nicole (@thatfoodcray) for the first time I thought she was a bit of a gold digging basic.

26. How many pairs of shoes do you currently own? Which do you wear the most often?

Most people expect me to have a lot of shoes but I’ve given away a ton and/or only kept the pairs that I can justify wearing for a week straight. I’d say the shoes I wear most are my HAVEN x Clarks Wallabies and my Birkenstock Bostons.

I wish I remembered my dreams more vividly. The most memorable dream I have, but haven’t had in a minute, is me missing a final examination during university and not graduating. It used to happen every few months, but not anymore.

Tiantian Kullander: Everything we know about the crypto king who tragically passed away at age 30

Kylian Mbappe net worth: Salary and expensive things owned by the French footballer

Neymar’s net worth: Cars, houses and everything expensive the Brazilian footballer owns