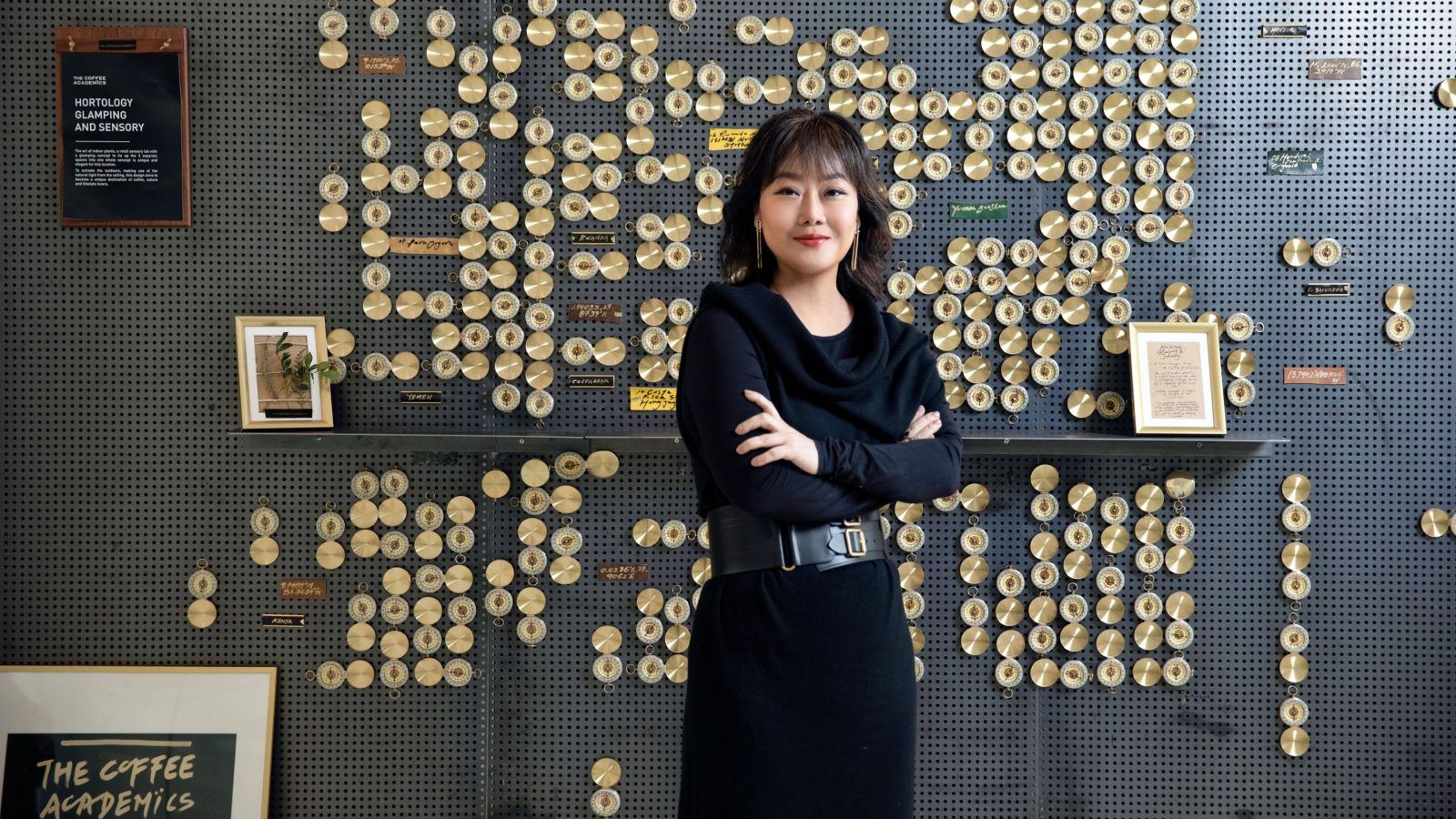 Hong Kong is a place brimming with talented and intriguing people. In our weekly 27 Questions column, we get up close and personal with the city’s notable personalities, learning about their whims and aversions, pivotal life moments, and hopes and dreams — all in roughly the same amount of time it takes to sit through a casual speed date. This week, we speak to Jennifer W.F. Liu, founder of The Coffee Academïcs.

These days, the opening of a brand-new coffee shop is familiar. Workaday. There’s one today, another tomorrow and next week? More, still. And on goes the cavalcade of exciting new lattes to spend an afternoon sipping; of recycled questions — Do you have oat milk? Does this come iced? What’s a, uh, cascara? — to ask. Yet, it wasn’t always so. It’s hard to imagine a time in Hong Kong when the choice for caffeine begins and ends with one of two choices, but those darker times did exist. Now, she most likely wouldn’t take credit for it, but Jennifer W.F. Liu, founder of The Coffee Academïcs, has a lot to do with how we enjoy coffee here in Hong Kong.

Innovation, for Liu, comes as it often does: from necessity.

“In architecture school, we’d pull all nighters and coffee became an important life necessity,” remembers Liu. “There were no boutique, niche coffeehouses in Hong Kong when I came back post-graduation, so that’s how my coffee project started off — as a side hobby. And the rest is history.”

Unlike chain coffee slingers that serve up mugfuls as hot and as fast as possible, with foreign denotations — the Grandes; the Ventis — meant to confuse and alienate, The Coffee Academïcs (TCA) is, instead, a place for education. For getting to know the ins-and-outs of the cup of coffee you’re sipping on. For knowing “speciality” coffee isn’t merely euphemism for “good”, that “specialty coffee” — TCA’s bread and butter — actually means the top 5% of the best Arabica beans with a grade of 80 points and above.

“Coffee is a social connector, regardless of culture, language, gender or ethnicity,” says Liu. “It connects to many important subjects and many experiences that I would otherwise neglect or didn’t realise.”

It’s this diversity of experience that informs so much of Liu’s interests, which, then, became businesses. You don’t become one of Forbes’ Asia Power Businesswomen by resting on your laurels, and Liu — one of Forbes’ Asia Power Businesswomen and the founder of a now 40-and-thriving TCA outlets in Hong Kong, Singapore, Thailand, Indonesia, Malaysia and the Philippines — assuredly, does not.

From TCA came The Roastery Academïcs, a brand-new 12,000 square-foot roasting facility in Tuen Mun, which officially makes the coffee house one with the largest range and production capacity of any Hong Kong coffee brand. From TCA also came the TCA CONNECT Foundation, the brand’s philanthropic arm tackling human rights, LGBTQ issues, poverty, elderly care and more. Because for Liu, who takes a page out of her father’s teaching, business and charity goes hand in hand.

So, brew up a mugful — Liu is into single-origin hand pours these days — and get to know the woman behind The Coffee Academïcs, TCA CONNECT Foundation and, most likely, your favourite cup of coffee in the city.

You may also like…
Food & Drink
The best Australian-style coffee shops in Hong Kong
Gear
Review: The Morning Machine brews up a stellar cup of coffee — with intention

It’s either all in, or don’t bother doing it at all.

Home-cooked meals by anyone I love and care for.

My grandparents and parents.

TCA’s “Steam” in the summers and a piccolo latte in the winters.

What’s there to regret?

Not having a common vision and goal for the city.

I love taking it to Harbour City to visit my TCA team there.

One Flew Over The Cuckoo’s Nest.

When I was around 23 to 25, fresh after graduation. I was still clueless about almost everything, which made me fearless, fun and super creative.

14. If you could live anywhere else in the world, where would it be?

15. What makes someone a real Hongkonger?

If they put spam and mini cheese sausages in hotpot.

16. What is one song you know all the lyrics to?

“Fields of Gold” and “Shape of my Heart”, both by Sting!

I take a boat to a remote island, like Yim Tin Tsai outside of Sai Kung.

Sunday Eggs Benedict at the Mandarin Oriental in Central.

19. What is one thing you’ve never revealed to your parents?

20. What is your favourite scent in the whole world?

I’m a self-proclaimed vongole master since studying in Rome.

22. What was the best gift you ever received?

A little book of reminders from my dad, about dreams and to never stop chasing for one.

23. What energises you about your work?

As a goal getter, I am motivated by objectives and achievements.

25. What’s a relationship deal breaker for you?

When he’s not there for me during my most difficult moments.

26. If you could snap your fingers and fix one thing about the world, what would it be?

What else except the world without Covid/Delta/Omicron?

27. Do you believe in astrology? Why or why not?

I’m a super Sagittarius! I run around a lot and have lots of energy when I’m excited. I love being free to create and explore. I know ten other Sagittarius and they are all similar too!

The Coffee Academïcs is now offering “TCA+ Delivers”, a door-to-door in-house delivery service with a limited-time 30% discount on drinks and food for self pick-up or delivery through 31 March 2022. Order via WhatsApp.

coffee shop 27 Questions jennifer w.f. liu The Coffee Academïcs
You might also like ...
Gear
Review: The Morning Machine brews up a stellar cup of coffee — with intention
Gear
From saloon to salon, these are the coffee table books geared for car enthusiasts
Food & Drink
The best Australian-style coffee shops in Hong Kong
Food & Drink
Here’s how to have a better cup of coffee
Joey Wong
Editor
Retired Tumblr girl Joey has written her way through fashion trends, youth culture and luxury retail in New York and Hong Kong. Beyond internet adventures tracking down the perfect vintage find, you can probably catch her tufting rugs, swigging back Bloody Marys — her third, probably — and making fastidious spreadsheets about her Animal Crossing island.
Style Fashion Beauty Culture Hong Kong
Sign up for our newsletters to have the latest stories delivered straight to your inbox every week.