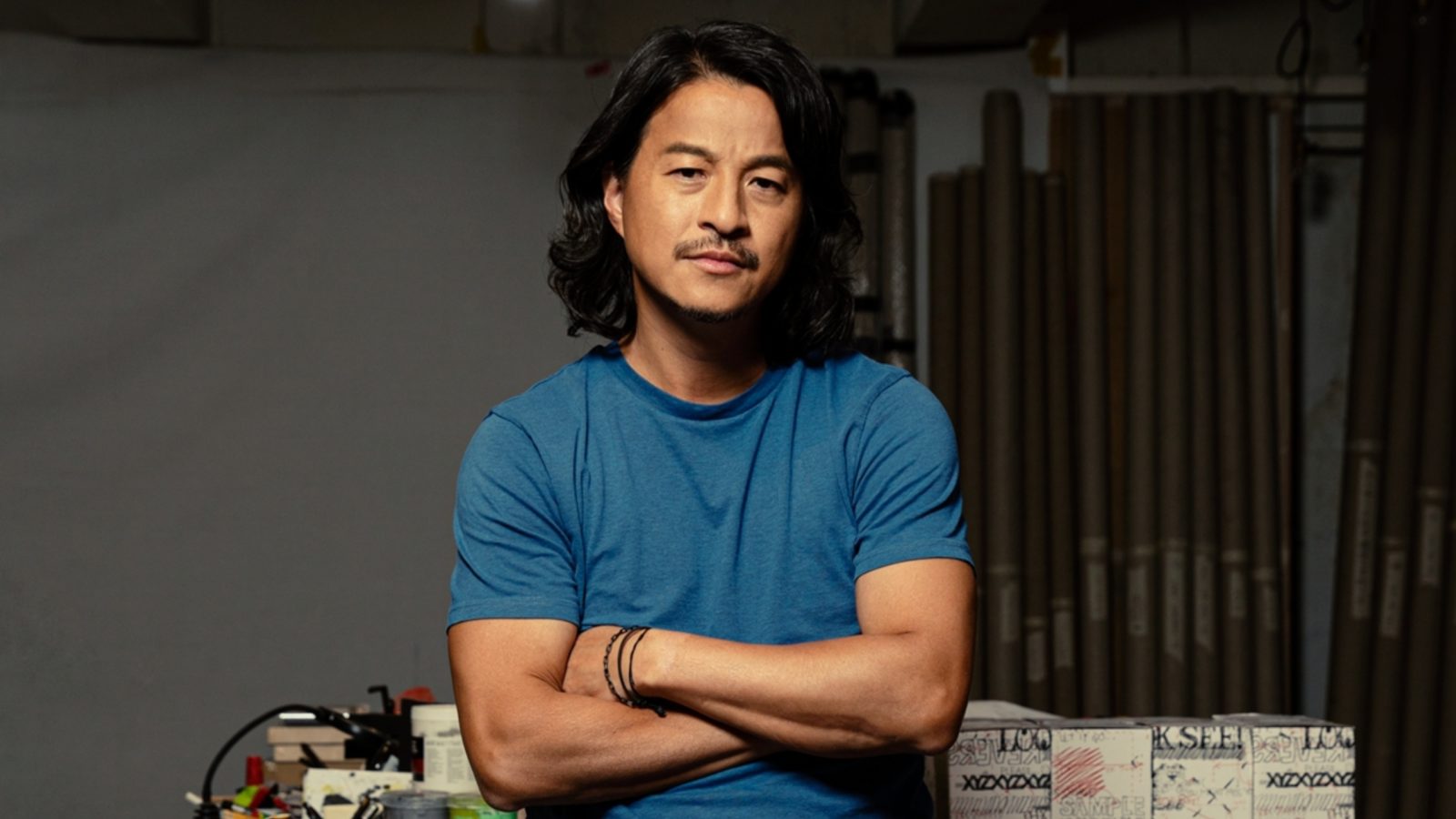 Hong Kong is a place brimming with talented and intriguing people. In our weekly 27 Questions column, we get up close and personal with the city’s notable personalities, learning about their whims and aversions, pivotal life moments, and hopes and dreams — all in roughly the same amount of time it takes to sit through a casual speed date. This week, we speak to artist-extraordinaire Michael Lau, coinciding with the launch of his Woaw Gallery exhibition entitled MAXX HEADROOM which runs from 29 September to 23 October.

Lau was cited and name-checked in a 2008 Forbes article titled “20 Trends Sweeping the Globe” as the artist that “launched the [urban vinyl toy] trend in the 90’s.” An “urban vinyl toy,” for the uninitiated, is the act of deconstructing, then drawing on and decorating, an off-the-shelf action figure. Action figures as blank canvases, essentially.

Appetite for vinyl toys, figurines — “collectibles,” as they’re tabbed under on StockX — has since only sky-rocketed in stride alongside the proliferation of street culture; of skate culture; of hype-beast culture. Today, vinyl toys mean big, big business.

“All art are toys, all toys are art,” says Lau, an oft-repeated maxim that has defined his modus operandi, alongside his coined concept of “ARTOY” — toys seen not as low-cost, throwaway objects, but as objet d’art; of things of value — as his North Star.

And it’s served him well. His laundry list of collaborators — including StockX, Puma, Nike, Fendi, Bathing Ape, among others — reads like any artist’s if-only pipe dream.

Maxx, the spiky-haired protagonist of Lau’s original 1999 Gardener series, is, as it so often is, a self-portrait. A mirror held up to Lau’s own reflection on youth; of perseverance. Maxx’s earliest appearance in 1998 was first realised as a comic-strip character; then, evolved into three-dimensional figurines inspired by Lau’s love of G.I. Joe toys. His debut exhibition merely a year later in 1999 showcased 99 original 12-inch Gardener figurines at the Hong Kong Art Centre, thereby changing the course of Lau’s own life, his career trajectory and, beyond that, public opinion about the merit of “toys” one might gloss over as playthings a short year ago.

“MAXX HEADROOM is a deeply personal collection of works and every piece of work is a culmination of art and toy as witness of our past and present,” says Lau, of his brand-new exhibition. Accompanying the show are remnants of the original paintings, sketches and comics that have given birth to present-day Maxx, alongside more recent renderings.

Go crazy for anything that will make you smile.

8. What do you hate most about living in Hong Kong?

9. When did you last ride the Star Ferry? What were you doing/where did you go?

Six months ago, to shoot a video for Hong Kong Tourism Board.

10. What is one movie everyone should see?

All of Stephen Chow’s movies.

13. What makes someone a real Hongkonger?

Always busy and on the go.

14. What is one song you know all the lyrics to?

All art are toys, all toys are art.
Michael Lau

16. If you had to describe Hong Kong in one word, what would it be?

18. What would you do if you won the lottery?

19. What was the best gift you ever received?

My first Motorola cell phone from my wife, she was my girlfriend back then.

When I created the Gardener series back in 1999.

21. What energises you about your work?

I always want to be better.

22. If you were a TV show character, who would you be and why?

Eric Cartman from South Park, because I am also very naughty.

23. What’s a relationship deal breaker for you?

24. If you could snap your fingers and fix one thing about the world, what would it be?

To fix the negativity in people

25. Do you believe in astrology? Why or why not?

Yes, because it is data.

To sing (more specifically, to rap) and perform on stage in a concert.

I’d ask the genie to give me three more wishes.

27 Questions Michael Lau art exhibitions in Hong Kong woaw gallery
You might also like ...
What's On
A comprehensive round-up of the best art exhibitions to visit this month
Living
27 Questions: Brendan Fitzpatrick, figurative artist
Culture
Q&A: Sun Woo and Kevin Poon on technology, memories and switching off
Culture
Kevin Poon: Contemporary art through the eyes of an insider
Joey Wong
Editor
Constantly in pursuit of a multi-hyphenated career, Joey has written her way through fashion trends, youth culture and luxury retail in New York and Hong Kong. Beyond internet adventures tracking down the perfect vintage find, you can probably catch her sipping on her third oat milk latte of the day in the city’s newest café. She’s currently mourning the loss of TikTok in Hong Kong.
Style Culture Drinks Hong Kong Art