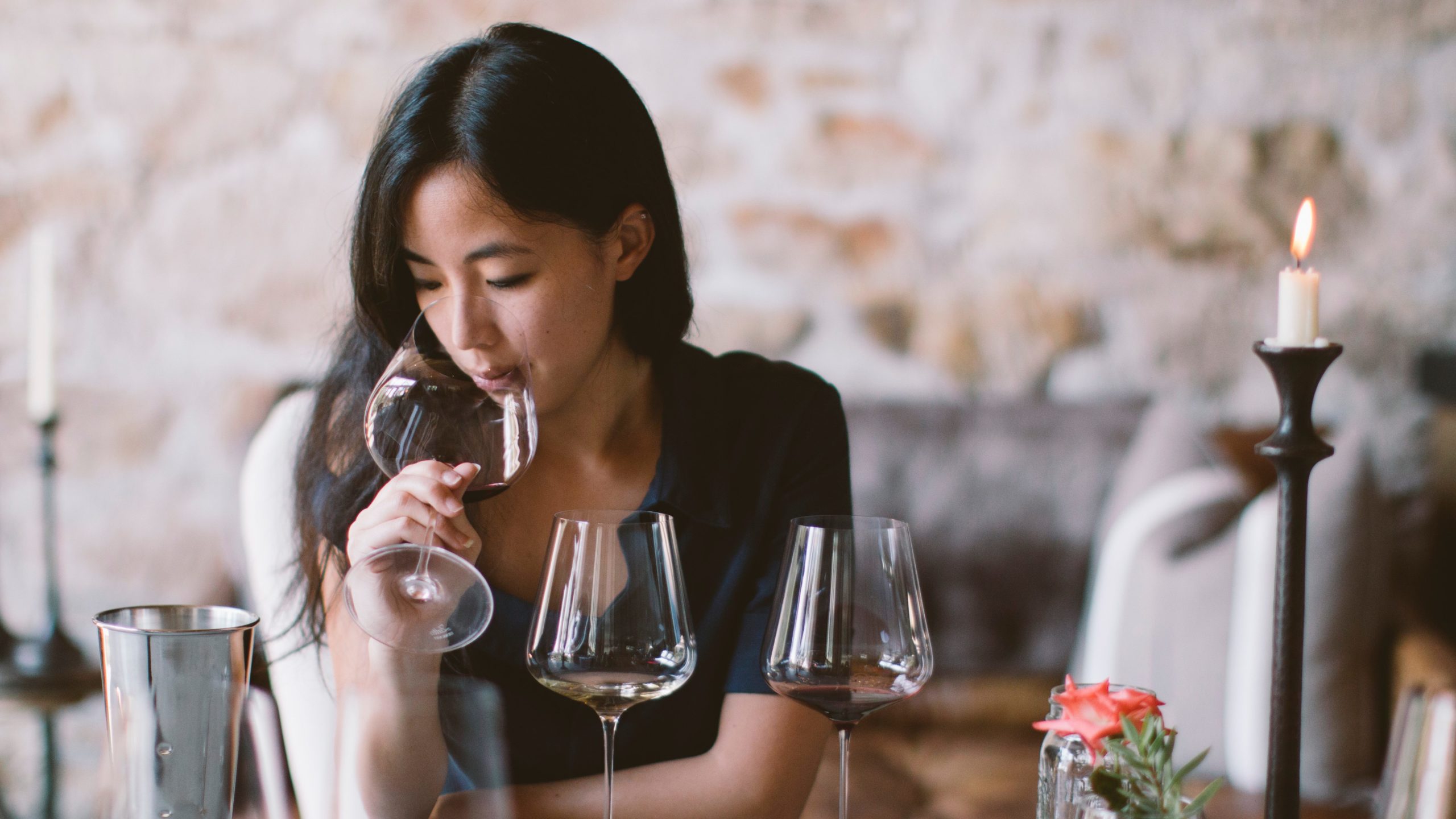 Living
27 Questions: Victoria Chow, founder of The Woods
Share this article
Next article

Hong Kong is a place brimming with talented and intriguing people. In our weekly 27 Questions column, we get up close and personal with the city’s notable personalities, learning about their whims and aversions, pivotal life moments, and hopes and dreams — all in roughly the same amount of time it takes to sit through a two-minute speed date.

Whether it’s the famous tom yum soup shot or an Alexander Calder-inspired cocktail installation, The Woods — the brainchild of Victoria Chow — is fondly etched in the minds of Hong Kong epicureans for its fascinating approach to artisanal cocktails.

Originally a downstairs hideaway opened in 2014 in the heart of SoHo, The Woods can be likened to part artist’s studio, part alchemist’s laboratory, known for doling out carefully created experiential offerings that challenged the taste buds with boutique spirits and fresh ingredients alike. It was also the first in town to offer a unique prix fixe cocktail tasting menu, pairing elegant bites with your tipple depending on the theme of the month.

The Woods has since succumbed to the untimely end that most proprietors in Hong Kong know and fear — a lease that couldn’t be renewed. But Chow saw the chance to evolve the concept, referring to the brick and mortar phase as The Woods’ ‘studies’ and now The Woods Nomadic as their ‘final thesis’. Since last year, the cocktail bar has lived on as a monthly pop-up concept that has so far taken the team to Kennedy Town’s ‘Instagram pier,’ a sunglasses store and a florist. The Woods also exists as The Woods Annex — a private tasting room experience where guests can delve into a library of over 400 bottles of spirits from Chow’s collection.

With previous collaborations including high end brands such as Tom Dixon, Omega, Acqua di Parma and Hennessy, Victoria Chow has also brought her team on a consultative basis around the globe, from the Maldives to Sri Lanka to Berlin, educating through workshops, house syllabi as well as a soon-to-launch online content platform for similar-minded spirits geeks.

Recognised as a spirits specialist these days (even her two rescued cats are named Whiskey and Gin), it comes as little surprise that Chow first cut her teeth in the storytelling field: from her first job during university as a photographer and photo editor, which later manifested into several years in a marketing career before the launch of The Woods. We chat with Chow about everything from her go-to drink at home to her second obsession after spirits — read on to find out more.

Occupation: To sum it up, booze. More specifically, spirits.

It’s always been the Shanghainese food my mother cooks.

I did a lot of odd jobs when I was younger. The very first one would be interning at HK Magazine. I decided to kill my social life and work over the Christmas holidays during high school. Why did I do that? In university, I worked the floor at an Abercrombie & Fitch (you’d be able to smell me from a mile away), at the university call centre asking for donations from alums (got used to people hanging up on me a lot), crunched statistics (rebounds, passes and all the numbers that take the excitement out of a sport) for the UC Berkeley basketball team, and spent the rest of my time when I wasn’t in class (or out drinking) working as photographer and photo editor for the local newspaper.

Asking the important questions. For a weeknight tipple at home – Mancino Bianco vermouth with soda water and lemon peel. My only nod to low ABV! Over dinners, of course it depends on the meal, but often a medium bodied Pinot Noir. At nice cocktail bars – I’ll have something I haven’t had before, a Negroni, or a dirty martini depending on the mood. At other bars – gin & tonic (as long as they have decent tonic water)… Any other time (and that’s a lot of the time), pale ales or IPAs.

In San Francisco last month. Two of the routes I drive each time I’m back always brings me to tears – one that gets onto the Pacific Coast highway and where you get the first glimpse of the ocean, and the other towards Napa Valley where the vines start coming into view as far as your eyes can see.

That there’s over 400 bottles of liquor and a full wine fridge in it. That and my two cats, aptly named Gin and Whiskey :)

Night owl. I need to wake up slow… Nothing productive gets done in the morning. No workouts or important calls/meetings. Just reading the news, picking up any mess from the night before, and petting my cats. I love the hours between 10pm and 2am when emails and text messages stop coming in and I can 110 percent focus on whatever it is I need to get done.

Ladies – keep track of your cycles on an app like Flo. It’s helped me understand my body so much more when it comes to mood fluctuations, energy levels, and even how heavy you can lift during a work out sesh depending on the time of month.

If you’re anywhere you can see the stars, the augmented reality astronomy apps such as Skyview are truly amazing.

HeadsUp should also always be on your phone for impromptu games with colleagues, family, and friends during downtimes or travel days!

Fruits. I love all fruits. My best friend calls me crazy fruit lady.

The air pollution. I have allergy-induced asthma because of it.

11. What is the top destination on your bucket list?

Ok it’ll have to be plural destinations. I’m headed to Ireland this year for my bachelorette party and that’s been on my list for ages. Scotland is also high up there for a full-blown whisky tour but that’ll have to be another time. Other big ones include Mongolia, Antarctica, Morocco, Bolivia, Georgia, Oman, Namibia, Iceland, Cuba, and the Grand Canyon. The list goes on, and yes, there is an actual list on a Google Doc that I share with all my closest friends.

12. How often do you prepare your own meals?

My fiancé and I take turns, and when we’re not travelling, we eat at home around four nights of the week, so quite often! One of our resolutions this year is to only cook vegetarian on weekdays to focus more on a plant-based diet – better for our bodies, and infinitely better for the environment in the long run.

I’d like to think I’m a decent cook, but I’m a better baker (ironically now since I can’t have much sugar anymore). I used to be (in)famous in high school for my bottomless supply of brownies (not special ones), and I used to bribe my photo department staff to show up to meetings while in college with freshly baked cookies.

14. What is your greatest fear?

Getting frozen yogurt (always berry flavoured) every weekend with my dad at a place near our home in California.

16. What is your biggest guilty pleasure?

Reruns of Frasier or Friends. And cookies. I freaking love cookies. It’s only ‘guilty’ for me because I’m not supposed to have too much processed sugar due to some gut problems, so every time I sneak a bite it definitely feels ‘guilty.’ If you have no such issues and you’re in good health, PLEASE EAT ALL THE COOKIES YOU WANT AND DON’T FEEL GUILTY!

17. What is one movie everyone should see?

The documentary, The Game Changers.

Waking up slow (very slow), then making a big breakfast – it often changes but it frequently involves eggs, avocados, fruits, yogurt, bagels, lox, and mimosas. Sunday is always family day so I meet up with my parents, sisters, brother-in-laws and nephews for dim sum.

19. Which moment in your life would you most like to relive?

Dancing backstage to “September” when Earth Wind Fire performed at Clockenflap and The Woods team and I were serving up cocktails to the artists. It was a song we played at work a lot and it was absolute euphoria hearing it live and on stage while looking out at the crowd going wild against the sparkling Hong Kong skyline (this was when Clockenflap was still held at the West Kowloon harbourfront).

20. What makes someone a real Hongkonger?

When you start craving dim sum or cha chaan teng food within a few days of being away. Or when you find yourself talking about your Marco Polo Club status and which credit card is best for racking up Asia Miles.

21. If you could invite any five people in the world to your dream dinner party, who would they be?

22. What is one song you know all the lyrics to?

23. What is your favourite scent in the whole world?

Pine. Fresh Christmas trees make me fall in love. And St. George Terroir that features Douglas Fir as one of its key botanicals is one of my favourite gins.

I did a semester abroad during university called ‘Semester at Sea’ where we basically lived on a cruise ship. Our key professor there, Don Gogniat, reminded us that the more you know, the more interesting things get, so it encouraged us to always learn more and do our research when we approach new topics, even those that don’t initially interest us. Also to never let our age get greater than the number of countries we have visited.

25. How many countries have you been to?

Could it be with a distillery? When I visited the Poli (grappa) distillery in Veneto, Italy. It was so impeccably clean, beautifully designed, and perfectly and proudly showcased its products and processes. The brand has a phenomenal family story behind it and it was told wonderfully throughout the journey. I fell in love with the grappa, the location, the design of the bottles, and the whole experience all at once.

Never be alone for a single moment. Even though I’m an introvert, I feel strongly that one of my favourite things in the world – a good tipple, tastes best when shared!

The Woods Victoria Chow 27 Questions
Evelyn Lok
Managing Editor
When not trying out the latest beauty and wellness trends, Evelyn is likely enjoying a perfectly balanced negroni or exploring some of Hong Kong's best new places to eat and drink. At Lifestyle Asia she covers everything from the biggest events in town to interviews with Hong Kong specialists, with topics spanning art, food and drink, health, tech, and travel.
Beauty Wellness Events Art Drinks