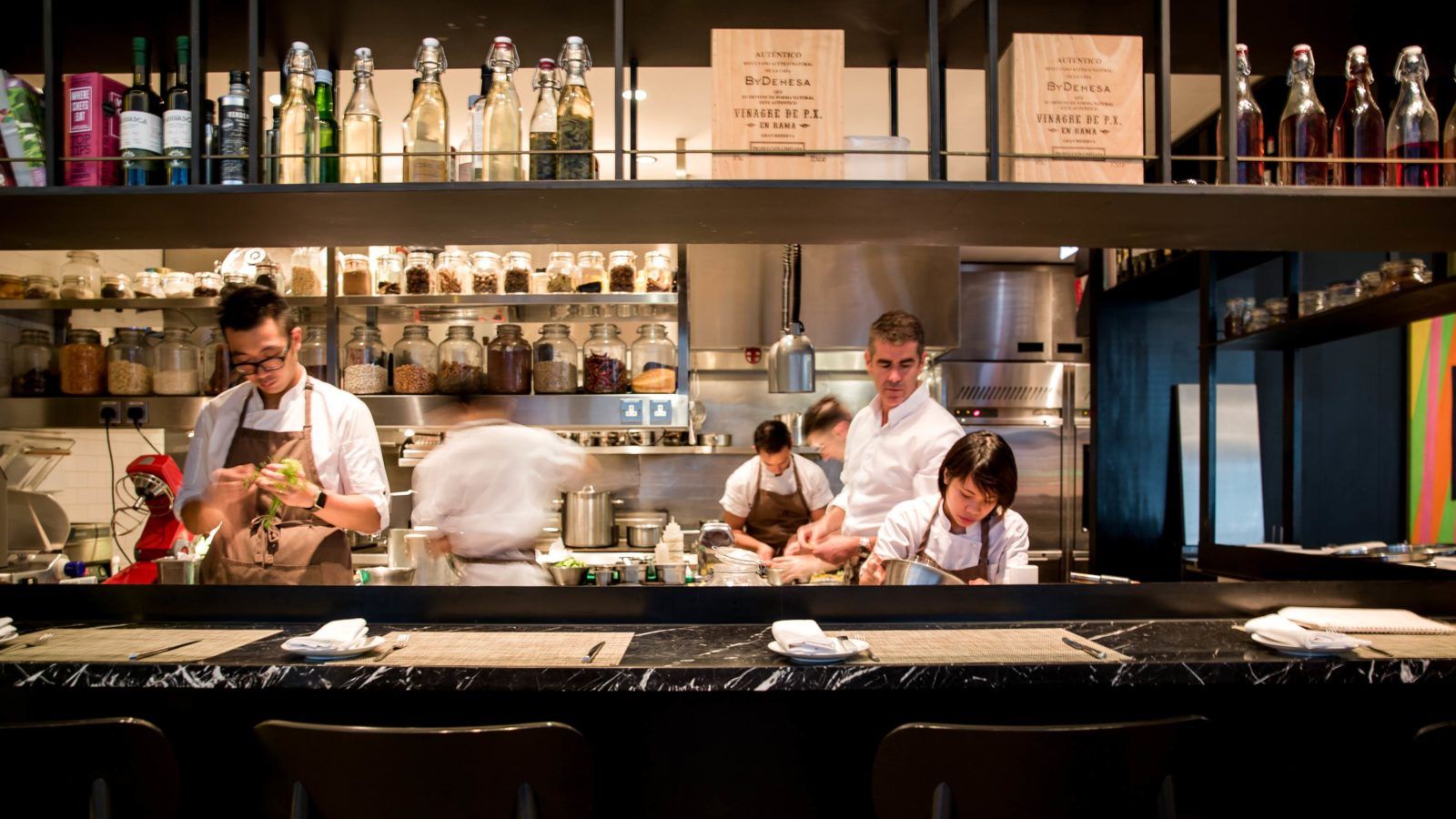 Hong Kong boasts one of the most dynamic dining scenes on the planet, filled with culinarians and tastemakers galore. In our Cheat Day column, we spotlight some of the top players in the kitchen and behind the bar, delving into their personal favourites during their days off.

The sleek, shiny kitchens of Arcane — who has retained its one Michelin star rating in this year’s Michelin Guide 2022! — is no foreign territory for Sebastian Lorenzi. He’s familiar with the work benches, comfortable with the stove-top cookers and speaks the very same language as the sophisticated venue’s refined, modern European-style cooking. He’s fully at-home atop these floors, having worked under chef-founder Shane Osborn for the last four years, arriving to Hong Kong permanently in 2017 after a series of experiences around the world that took him from culinary school at London’s Le Cordon Bleu to prepping modern Italian cuisine at two-starred Uliassi in Italy, then elegant British fare Dinner by Heston in Knightsbridge where he endured — happily, as he clarifies that he “loved it” — strenuous 18-hour shifts serving 180 dinners every evening.

“I am half-Filipino, half-Swiss and I was born and raised in Hong Kong. I started my culinary career in the humble kitchen of Grappa’s, where my mother held the position as General Manager for many years. I started off slicing and dicing at Grappa’s — I’d say this is where I learnt a lot of my foundational knife skills,” he shares. “After two years in the UK [at Dinner by Heston], I was ready to come back. I missed it, and Hong Kong will always be my home. I actually approached Shane, who took an interest in me, but didn’t have the space in his kitchen at that stage. So Shane kindly referred me to Daniel Calvert at Belon. That’s the lovely thing about Shane, he is helpful to everyone coming up the chain, always a mentor — even when you don’t work for him directly.”

In between his many experiences around the globe, chef Sebastian did, in fact, attempted multiple homecomings back to Hong Kong that never really stuck. During those brief pit-stops, he held a two-year position as Commis at Landmark’s prestigious three-starred L’Atelier de Joël Robuchon and, then one as Chef de Partie with Olivier Elzer, setting up Seasons by Olivier Elzer at Hysan, before heading, once again, back to the UK. But in 2017, a decision to stay in the city and go with the neo-Parisian bistro of a Calvert-era Belon paid off. A year later, chef Sebastian finally joined Arcane to work alongside Michael Smith and Shane Osborn as sous chef. He’s stayed there ever since.

A chef’s career, no matter how trying and challenging, will always be marked by brighter, more triumphant highlights. And as a self-proclaimed natural-born competitor, chef Sebastian has, no doubt, many milestones and achievements that has funnelled into valuable motivation. Amongst well-treasured memories, he names two particular moments as stand-out: cooking at Taste of the World with Shane in Riyadh, Saudi Arabia in November 2019, as one, and then becoming Chef de Cuisine at Arcane, as another. “It’s my first head chef position, so definitely something I’ll remember forever.”

He takes over his newly minted title from Michel Smith, who left in August 2021 to open The Arcane Collective’s third venture, Moxie.

“The team here are like family to me and Shane has become a mentor — he makes everyone in his kitchen feel so supported and has created an amazing community where we learn every day,” he says. “Arcane is very different from most establishments in that everyone in the kitchen has a say – this is inconceivable in a lot of the more traditional kitchens where everything is led from the top. It’s a much smaller team and kitchen so we all have to work together and rely on each other especially during service. I love this approach and I want to continue this now as Chef de Cuisine. I want to have a collaborative process, with a lot of discussion from junior team members.”

One particular exemplar of the collaborative Arcane kitchen which chef Sebastian singles out is the set lunch, which he reveals changes almost daily with ideas contributed by everyone on the team. These are the same dishes that reflect the restaurant’s signature fine-dine, European-style dishes; inspired by an Antipodean spirit and spotlighted by high-quality seasonal ingredients. And now, they’ll be a continuation of chef’s Sebastian’s detailed, French-trained culinary techniques, too.

What does your new role at Arcane as Chef de Cuisine mean?

My new role as Chef de Cuisine allows me to be creative and imprint my personal style of cooking, whilst still adhering to Arcane’s core values. The fact that Arcane isn’t defined by a particular cuisine allows me to use the full breadth of my global background for inspiration — there are no limits in that respect, which is very freeing as a chef.

You’ve mentioned Arcane being a kitchen that sparks creativity. Are there any new dishes you’ve created that you are proud of?

There’s been so many dishes it’s hard to keep count, but as for a favourite, I’d say maybe the King Crab rolled in Avocado with Oscietra Caviar and horseradish. It’s a bit more technical and requires some finesse, something I draw on from my fine dining days. Or the Dau Miu Agnolotti with Pickled Maitake, Cevenne Onions and Verjus sauce. This one was a collaborative effort from the team and I really love the outcome.

What are some of your favourite dishes to create?

As of now I’m quite into pasta making and raviolis in particular. I’d never really been taught how to make pasta properly despite working in Italy for a bit so it’s more self-taught but I think I’ve picked it up quite quickly and am happy with the results so far. You’ll usually find a vegetarian ravioli as a vegetarian main course option on our Set Lunch.

Are there any sustainability goals Arcane is trying to reach this year?

At all restaurants under The Arcane Collective (Arcane, Cornerstone, Moxie), we try to source as many local ingredients as possible. Michael (Smith) in particular works really hard at fostering relationships with local farmers and suppliers, and incorporating their produce into dishes over at Moxie. This is something I hope to continue to do at Arcane and shine a light on how excellent local Hong Kong produce can be

Now for Cheat Day! Can you share the five go-to dishes / drinks you’ve had since coming to Hong Kong?

Arcane is open from Monday to Saturday from 12 to 6pm (last seating at 4pm). Closed on Sundays. Reservations can be made via reservations@arcane.hk or +852 2728 0178