When Beyoncé asked, “Who run the world?” in one of her iconic songs, it can be safely answered — family businesses. Today, some of the big corporates that have made a global mark, started as family businesses and later grew to become leading companies that have ventured into several sectors and invested in various other segments as well. In such a milieu, it is interesting to look at some of the richest business families in the world and their holdings.

From the Walton family being majority owners of Walmart, the chocolate empire held by the Mars family to the Ambani family owning Reliance Industries — these families have a jaw-dropping net worth that defines the fortunes and the legacy they have built. In fact, the descendants of these richest families have also joined the family business and contributed immensely towards the company’s growth and family wealth.

Other rich families with prolific businesses include the Al Saud family of Saudi Arabia and the Abu Dhabi family of Sheikh Tahnoon Bin Zayed Al Nahyan, with an estimated net worth of over USD 105 billion and about USD 300 billion respectively. While their astounding wealth is sure to turn heads, these are mostly royal families and each holds billions of dollars through their vast ventures.

If you are wondering about the kind of grandeur and opulence one of the richest families in the world reflect, it is the Walton family which owns the majority share of 47 percent of the world’s largest retailer by revenue, Walmart.

The richest family, in terms of business holdings as of 2022, they have an estimated net worth of over USD 224.5 billion as per a Bloomberg report. Walmart is a retail mammoth, one of the integral parts of American consumer life and is known for its huge big-box stores and dirt-cheap prices of commodities. As of December 2022, the company operates 10,500 retail stores globally with 4,720 stores in the US alone and generates about USD 524 billion in revenue. In 2022, the Walton family also acquired the Denver Broncos team.

Sam Walton laid the foundation of the Walton family business in 1962 Arkansas, and years after he bought his first store in 1945. In 2002, the company ranked highest in the Fortune 500 ranking of America’s largest companies. In 2015, Rob Walton was succeeded by his son-in-law Greg Penner as Chairman.

The Mars family probably has one of the most delicious family businesses ever. Speak of M&Ms, Milky Way and Snickers Bar and we begin drooling, imagine being the owners of them. Mars Inc, owned by the Mars family, is the largest confectionery maker behind these tasty snacks.

Bagging the second position in the list, the Mars family have an estimated net worth of over USD 160 billion. The multigenerational family business was founded by Frank Mars who started by selling molasses candies at the age of 19 in 1902. Frank’s grandchildren John and Jacqueline Mars inherited the business and Jacqueline owns about one-third of the business. Generating over USD 45 billion in revenue, the company is owned by other children and grandchildren of the family.

In 2017, Mars acquired VCA, a pet care venture for USD 9.1 billion and is the world’s biggest provider of pet care products and veterinary services.

Brothers Frederick, Charles, David and William Koch took over their father Fred’s oil firm and became one of the richest families owning the industrial conglomerate of Koch Industries. While a family feud led Frederick and William to quit the family business, the other two grew with the company’s assets and took Koch Industries to a new height.

With an estimated family net worth of USD 128.8 billion, the Koch family is one of the wealthiest families in the world.

French luxury fashion company Hermès is known to be one of the choicest accessory brands styling A-listed celebrities right from the beginning. Makers of the iconic Kelly and Birkin handbags, signature scarves, neckties and perfumes, Hermès is a multigenerational business with every family member in leadership roles.

With an estimated fortune of USD 94 billion, the family is one of the top richest business families worldwide. The company was founded in 1802 when Thierry Hermès started out by making riding gears for English noblemen, and today its CEO is Axel Dumas with Pierre-Alexis Dumas as the artistic executive vice president, both descendants of the founder’s son-in-law’s family.

One of the wealthiest families in the world, the Ambanis are the owners of Reliance Industries and have either invested or forayed into every other sector of business imaginable.

The Reliance empire, which has branched off into fashion, electronics, telecommunications, oil and gas, petrochemicals and much more, was founded by Dhirubhai Ambani and was inherited by his sons Mukesh and Anil. The former is the eighth richest billionaire in the world and is the chairman of the group, however, a succession plan is in place to hand the reins over to his children Akash, Isha and Anant. The family has a fortune of USD 84.6 billion. 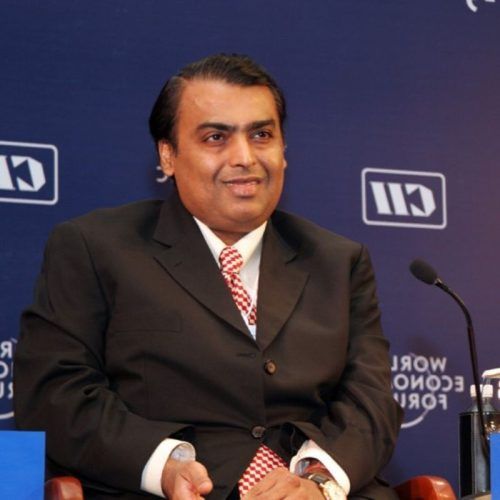 When their grandfather Pierre Wertheimer joined hands with Gabriel Coco Chanel to fund the latter’s eponymous fashion maison in 1920 Paris, it led brothers Alain and Gerard Wertheimer to reap its fruits to date and they went on to be regarded as one of the most prolific business families with a fortune of USD 79 billion.

The French label, popular for its ‘little black dress’ and ‘No. 5 perfume,’ is jointly held by the Wertheimer family. It generated a revenue of USD 15.6 billion in 2021 and has catapulted the family to its present height.

In 2022, Alain Wertheimer was succeeded by Leena Nair as the luxury fashion house’s CEO.

Cargill is perhaps the most unrefuted name in the agriculture market. It was 1865 when William W. Cargill entered the commodities business and bought one-grain storage warehouse in Iowa. The company disrupted the agricultural sector when its net profit reached a peak of USD 6.68 billion in fiscal 2022 — a jump of 35 percent from the previous year.

The company is managed by the family members of both the founder and his son-in-law John H. MacMillan, leading to the merging of both the names of the families.

That’s the family behind Thomson Reuters, the media and news agency. The history goes back to the 1930s when founder Roy Thomson opened a radio station in Ontario and later made his way into the print business.

The family holds two-third stake in the financial data and service provider agency Thomson Reuters and has an estimated wealth of USD 53.9 billion. Venturing into other sectors, third-generation family member Peter has also invested in other companies such as SoFi and LendingClub through family office Thomvest Ventures.

Having amassed an estimated net wealth of nearly USD 45.1 billion, this is one of the oldest and richest family businesses in the world. Its inception dates back to 1896 when entrepreneur Fritz Hoffmann-La Roche founded a Swiss pharmaceutical company.

Descendants of the founder control nine percent of the company and are also known for their passion for nature conservation.

It was in 1961 that family member Lukas Hoffman co-funded the World Wildlife Fund and after three decades, the company created a milestone by patenting the PCR testing technique. In 2002, fifth-generation family member Joerg Duschmale entered the Roche board.

Founded by brothers Theo and Karl Albrecht in Essen, Germany, Aldi is a leading supermarket chain in the country. After returning from the second world war, the two siblings took over their parent’s grocery store and turned it into this super discount store.

In the 1960s, they split up the store and formed two entities — Aldi Nord and Aldi Sued — over an impasse about whether to sell cigarettes in the stores. Together they have over 10,000 stores across the country.

This rich tycoon of a business family is behind the Boston mutual-fund company, Fidelity Investments, founded in 1946 by Edward C Johnson. With a grand fortune of over USD 4.2 billion, the company is run by the founder’s granddaughter Abigail.

In June 2022, the company had assets worth USD 9.9 trillion under administration. Bloomberg mentions, “The closely held firm has responded to the shift away from actively managed funds in favour of low-cost index funds by launching zero-expense ratio funds and building a digital asset arm.”

Nutty delights, wholesome chocolatey goodness, unhindered joy and an overdose of happiness — these are things that this family delivers right on point, making it one of the richest families with a delicious business on the planet.

The Ferrero Rocher chocolate, Nutella spread and Kinder Joy are all products made by them. In 2015, Ferrero spread the confectionary wings further when it acquired the rights to Oltan, now Ferrero Findik, the leading company to collect premium quality hazelnuts in Türkiye. Later that year, the company acquired UK’s confectionary brand Thorntons.

Today, the company is run by the third generation family member Giovanni Ferrero who aims to further escalate the company and reach newer heights.

In 1885, German entrepreneur Albert Boehringer established the pharmaceutical company Boehringer Ingelheim in Nieder-Ingelheim, present-day Ingelheim am Rhein. Today, after over a century and three decades later, the Boehringer family, which also includes the von Baumbach family, is at the helm of affairs.

The family has garnered a net worth of about 36.6 billion, and over the years has diversified the company into Human Pharma, Animal Health and Biopharmaceutical Contract Manufacturing.

Interestingly, in 2015, Hubertus von Baumbach became the first family member to become the CEO of the business, in 25 years.

What started as a 10-person operation team in Indonesia has now become one of the largest tobacco and cigarette makers in the country. The company was established by Oei Wie Gwan in the 1950s when he bought an existing cigarette company and named it Djarum.

Known for its premium quality and flavours, Djarum continues to be run by the family. After Gwan passed away in 1963 he left the company to his two sons — Michael Bambang Hartono and Robert Budi Hartono — who catapulted Djarum into a leading cigarette brand.

Germany’s Quandt family made their enormous fortune of nearly USD 36 billion by helping an ailing car company Bayerische Motoren Werke (BMW), and the company went on to become one of the world’s most premium and sought-after luxury carmakers.

And in 2015, when the family matriarch Johanna Quandt passed away, she left her children Stefan Quandt and Susanne Klatten with nearly half the company and the rest is history. In fact, the blue and white logo is reminiscent of the state colours of Bavaria.

Lalisa Manobal’s net worth: Know all about the BLACKPINK star’s massive fortune

Satya Nadella’s net worth and expensive things he owns