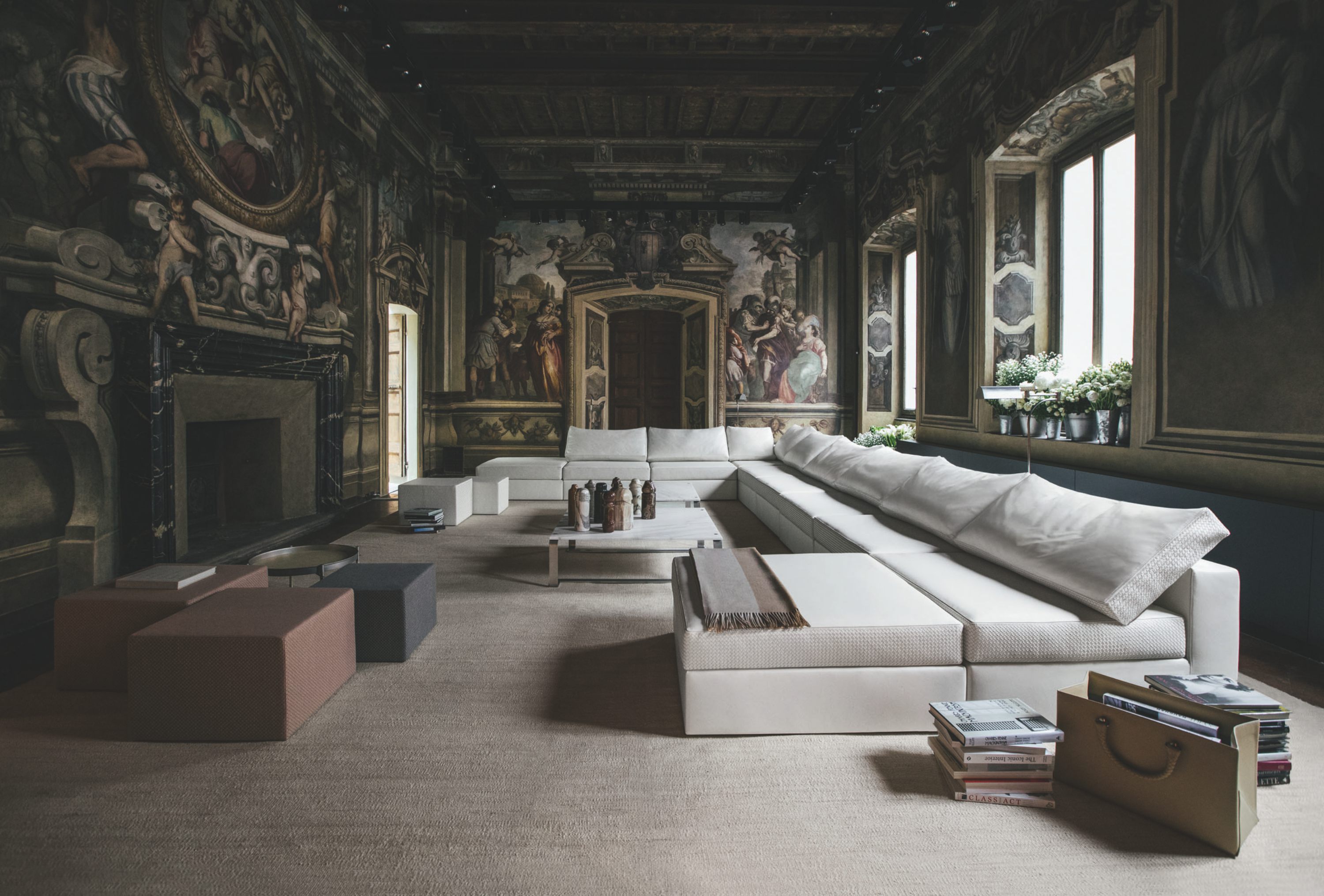 Get inspired by these luxurious new spring/summer home collections

The world swooned over the newest home design collections unveiled at the recent Milan Design Week in April. The Salone del Mobile furniture fair formed the nucleus of the festivities, but outside of that, there are literally thousands of satellite exhibitions taking place every year under the Fuorisalone name. Ranging from glass art objects at Lasvit’s Monster Cabaret exhibition, which won the coveted Milan Design Award, to Bottega Veneta’s luscious new lighting fixtures, visitors undoubtedly emerged from Milan Design Week brimming with inspiration to redecorate their homes. Here, we take a look at the most luxurious home collections that were unveiled. Continuing a collaboration between Bottega Veneta Creative Director Tomas Maier and Italian designer Osanna Visconti di Modrone from 2016, one of the highlights presented at BV’s Milan home boutique during Salone del Mobile featured the return of bronze — particularly in three new lighting fixtures made using a lost-wax casting technique, which creates a lush iteration of the iconic intrecciato weave. Other standout items include a new rendition of the Rudi seating range with Rudi Fringe, featuring a woven intrecciato border along the base, as well as an architectural metal 8-Arches table with a beautiful, monochromatic marble top. (Hong Kong orders can be made in stores only.) For Milan Design Week, Czech glassmaker Lasvit took over an opulent 19th-century puppet theatre to present 18 glass monsters for a ‘cabaret party,’ each commissioning designers from all over the world. The outrageous and outstanding exhibition of design objects — ranging from cracked-crystal-veneered television screens to decorative, almost anthropomorphic-looking sex toys and all the creepy and enchanting creatures in between, it’s no wonder the brand took away the Milan Design Award for their otherworldly creations. Our favourites? The ominous yet sleek “Something Underneath” by Nendo, which hints at the fear of what we can’t see; René Roubíček’s colourful Martians made of uranium glass; and Canadian studio Yabu Pushelburg’s three characters based on the Japanese folk legend of tsukumogami, where empty vessels gain a soul once they’ve been useful for 100 years. Channelling the rugged desert heat of Mexico City combined with the shiny allure of timeless, alien universes, Diesel Living filled its exhibitions in Milan with hard-edged Brutalist designs, offset by pops of striking yellows, pinks and blues, and softened by printed velvets and fabrics featuring tropical fronds and fresh greenery. We love the contrast of natural linen pillows with the sleek, utilitarian frame of the Iron Maiden couch made in collaboration with Moroso; the eye-catching colours of its Survival storage system set, and décor in the form of gilded skulls, jaws and rattlesnakes — as Diesel puts it, they’re “prizes from the natural world.” Not everyone can fit a full-blown Saint-Louis chandelier in their home, so we’re absolutely dazzled by the sophisticated revamp of the Folia series, which was first presented in January 2017 and combines crystal drinkware motifs and clear ash wood in several unique lighting creations. Nine new pieces were created for 2018, all featuring dark-matte varnished ash for a classy, almost midcentury modern feel. Displayed as table lamps or floor lamps, built into consoles and bookcases, they’re striking additions to any home. Atelier Swarovski’s pavilion at Milan Design Week was presented in a sunny greenhouse, putting the materiality of crystal front and centre. Case in point is British designer John Pawson’s Vessels — architectural marvels that offer so much radiance with sharply cut facets in trays, candle holders, vases and bowls. We also adore Japanese studio Nendo’s Tangent collection — candle holders, vases, trays and mirrors in which crystal is placed precariously at tangents with their metal frames; as well as the studio’s Softpond collection of solid crystal bowls inspired by the movement and varying depths of water. Perhaps taking a note from Brunello Cuccinelli’s own humble beginnings in Perugia — rural Umbrian country — the brand’s lifestyle collection for Spring/Summer 2018 imagines a vacation drenched in his hometown’s warm sunlight, punctuated by the storied “green gold” of olive trees in the summer. Filling the collection with its beloved earth tones, the focus is on natural canvas and knit fabrics for throws, cushions and towels, as well as rustic candles, desk accessories and small essentials for travel. There’s plenty of exciting news for Armani/Casa this spring, with its freshly opened boutique on London’s prestigious Sloane Street address, as well as its fabulously vibrant outfitting of its largest store on Corso Venezia during Milan Design Week, with each of its 15 shop windows dressed in red, green, indigo, and an ethereal petrol-green — the resplendent hues of this year’s collection. Armani/Casa has also newly adopted Murano glass, which shows up in the mesmerising new Narciso vases, made in unusual ribbed glass in opaque paste. The Net coffee table also strikes an impression: carefully crafted with a checkerboard aesthetic, with alternating plexiglass and American walnut inlays. Carrying on this geometric look, the Niven storage boxes are almost too beautiful to use with their vivid colours and optical inlays. When it comes to collections freshly launched at Milan Design Week, items typically don’t drop in stores immediately. But thanks to Moda Operandi, which stocks fashion and lifestyle items immediately following fairs and runways, you can currently browse seven available designer trunk shows straight from Milan Design Week online — including the likes of Luisa Beccaria, Pucci, Etro and more. We’re particularly intrigued by the ‘more is more’ aesthetic of J. J. Martin’s fabulous print tableware in the La DoubleJ Housewives Home Collection — new to Moda Operandi. Stack the vintage-inspired porcelain plates and pair them with the slightly insane-looking Tipetti glasses — designed after those from the 17th century. Channel your best Mad Hatter and go wild for your next tea party.

Available for pre-order through 29 May on Moda Operandi.