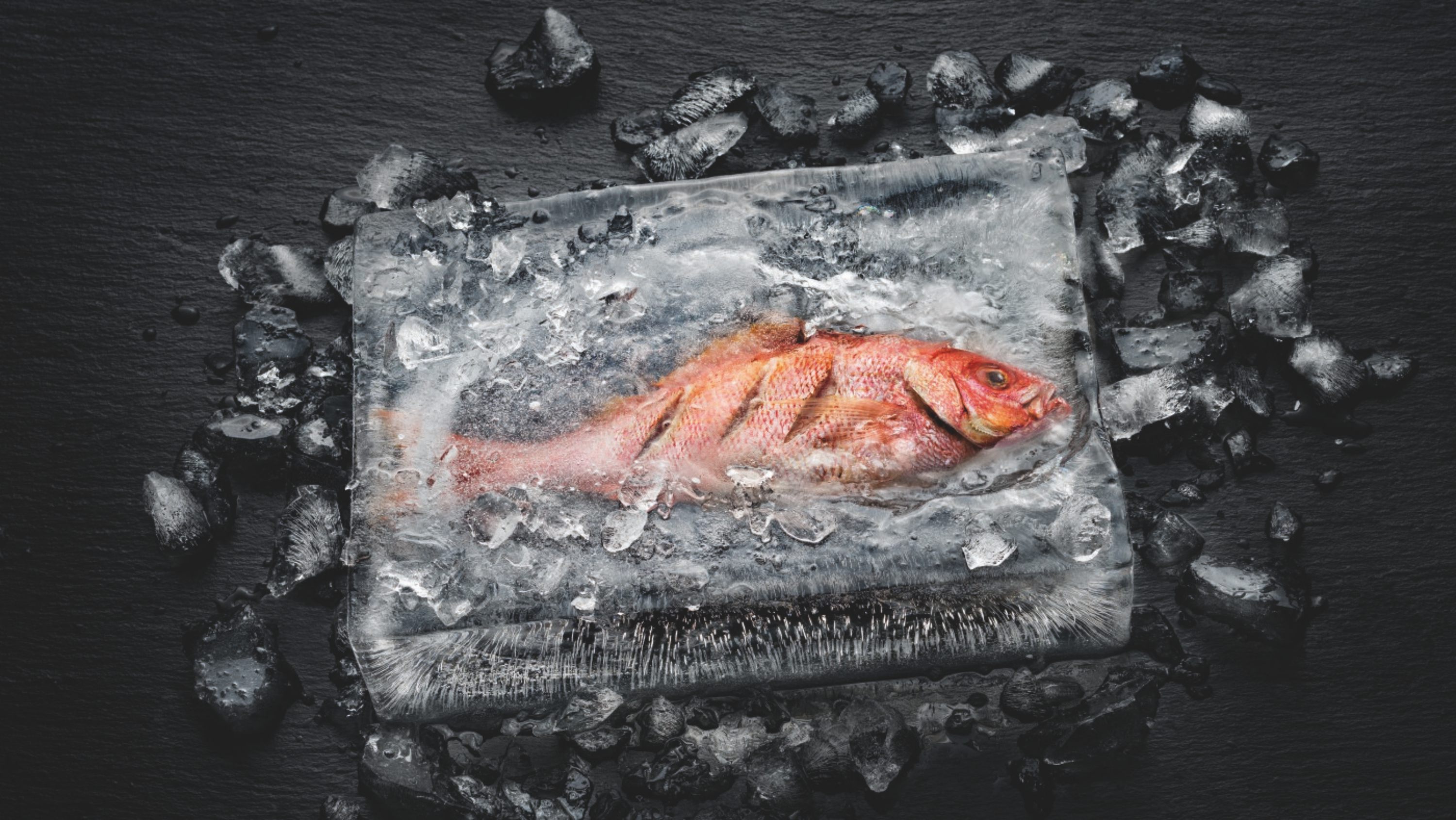 Sitting at a long dining table at Miele’s swish Causeway Bay showroom, in front of me is a piece of perfectly cooked cod. It’s milky-white and fatty, firm and aromatic with rising steam, but oddly enough, it’s fully embedded in a block of ice, inconceivably still cold, despite having just been cooked in the brand new Miele Dialog Oven. Naturally, everyone present was mind-boggled at this new technology: a brand new cooking method — a new category, even — that’s able to accomplish exactly this kind of feat. 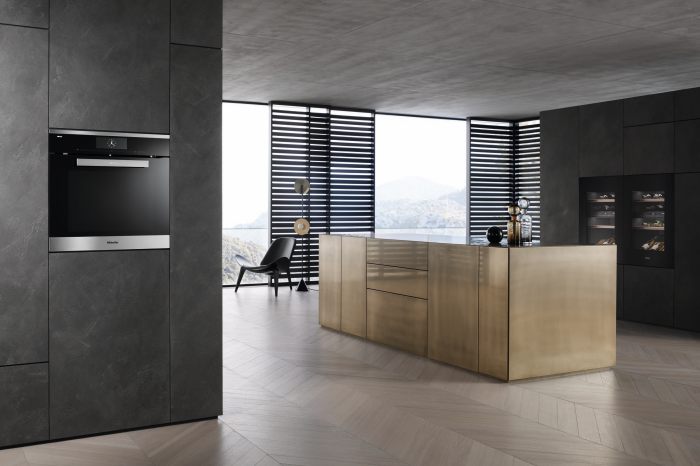 Renowned for its kitchen wizardry, the German brand has invented new possibilities for cooking with the Dialog Oven, particularly handy for those who like to entertain, and would rather spend time with family and guests rather than toil away endlessly in a hot kitchen.

From the outside, the Dialog Oven looks like any other shiny new Miele offering, practically a mainstay in many high-end Hong Kong homes. What exactly is so innovative about it? Regular ovens simply distribute heat, or hot air, onto food to  cook from the outside in. Too often, the exterior is overcooked before the core is properly done. In red meat, it’s that undesirable “grey stripe” that wraps the outside of a steak. Back in the ’70s when the microwave first surfaced, people were bamboozled by the thought of a “science oven” that cooked your food from the inside with short radio waves, but this too gave way to uneven cooking. With the Dialog Oven, the concept of using waves is heavily refined: Food is cooked intelligently using a broader spectrum of electromagnetic waves, and at lower levels of power (about 915 MHz, apparently the same range used in mobile phones in Europe), making it able to penetrate deeper and more uniformly throughout the food for even cooking — what Miele refers to as “cooking volumetrically”. 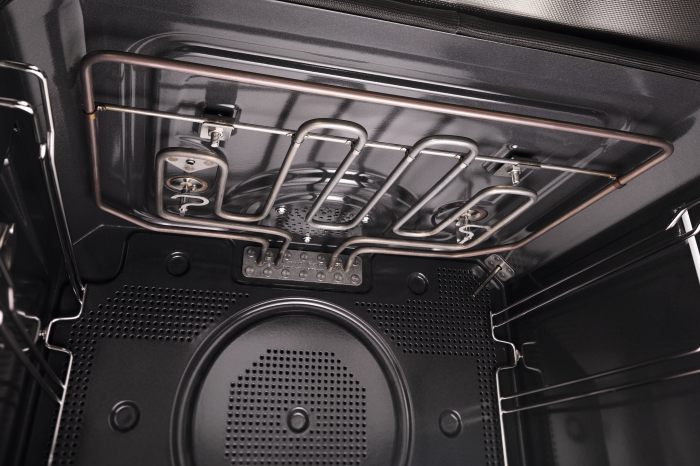 This new intelligent aspect is called M Chef technology by Miele: two question-mark-shaped sensors in the oven give out and receive frequencies that correspond to the molecules of food. With this constant feedback from the sensors, the oven can intuitively apply the correct electromagnetic waves to perfectly heat a leg of lamb, for instance, while also simultaneously adjusting and applying the right level of energy in order to perfectly cook the vegetable accoutrements next to it. 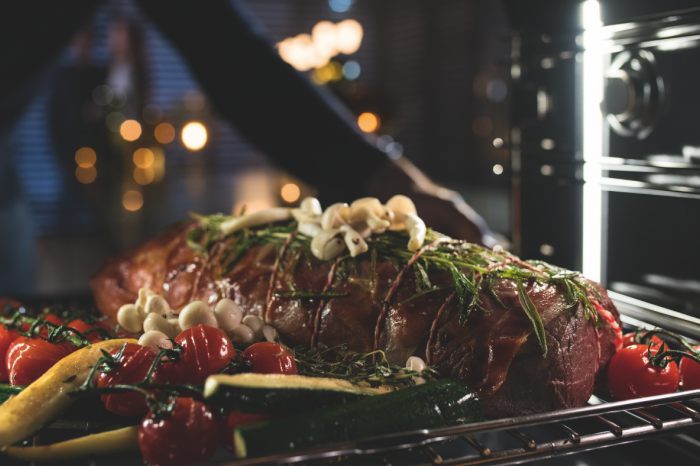 This is all a result of tinkering with two new metrics on the oven: Gourmet Units, meaning the amount of energy to be introduced into food (1 Gourmet Unit = 1 Kilojoule); and Intensity, which comes in “high” for most foods, “medium” and “gentle”, best for delicate dishes such as soufflé. For those who prefer a more no-brainer cooking experience, there are also pre-set settings for specific dishes and food types.

In this way, the oven is able to “talk” to your food — hence the moniker Dialog Oven. This means you can dump all your roast ingredients all in a pan, leave it and you won’t ever come back to overly soggy carrots. 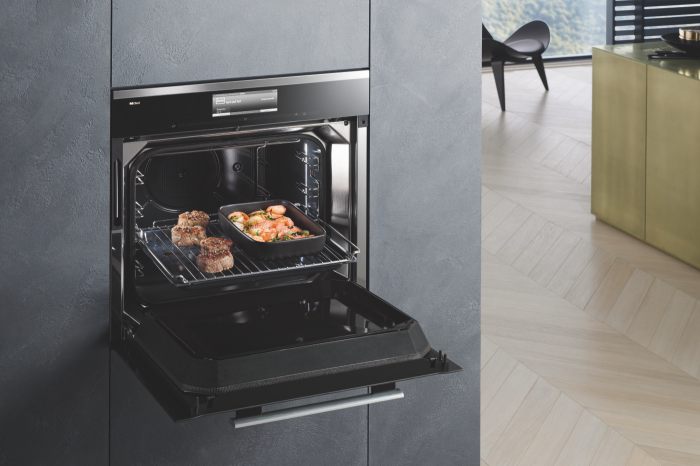 What’s more, Miele boasts a cooking time reduction of up to 70%. At the media preview event at the Miele showroom, we got to sample a surf and turf dish of perfectly cooked, bouncy fresh lobster and evenly pink veal as tender as if it was cooked for days in a sous vide water bath — all simply cooked side by side for just 18 minutes in the Dialog Oven.

A full suckling pig, typically requiring more heavy-duty equipment in professional kitchens and hours of roasting, only needed simple marinating and 30 minutes in the Dialog Oven to create incredibly tender meat and truly crispy skin — arguably juicier than ones we’ve tasted at restaurants in Hong Kong. Miele Hong Kong’s Head Chef Chan Wing Kuen, who was on site to demonstrate, explained that the crispiness of the skin can even be enhanced if you spend more time pricking it for extra texture. But cooked simply, it completely hit the spot. Easily, this inspires plenty of home cooking experiments that we wouldn’t normally even dream of attempting with conventional cooking methods — most hobbyists simply don’t have the time. 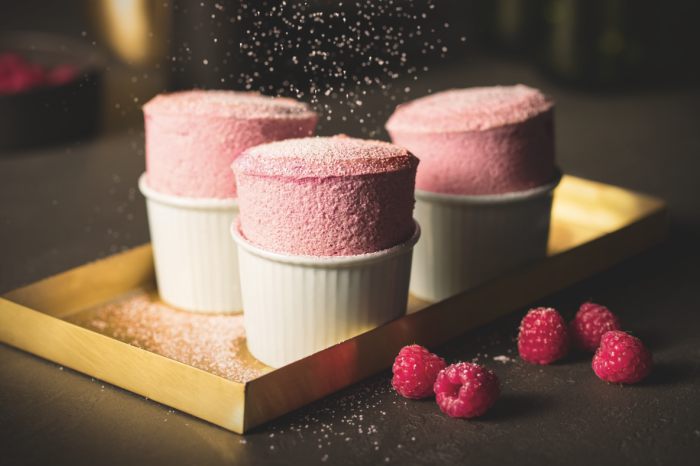 Rounding off our tasting menu, mini raspberry soufflés took only 14 minutes in the oven, resulting in an almost too-perfect even rise (it’s a normally a miracle when this happens to one ramekin in a batch, let alone having every single one come out perfect) — with a gorgeous airy and moist texture, achieved without a water bath, no less.

Food & Drink
Savour these healthy desserts without ruining your diet

While cold spots in the same dish are common in a microwave oven, this doesn’t happen with the Dialog Oven, simply because the electromagnetic waves are able to penetrate the food more thoroughly. With continuous adjustment and measurement every 10 seconds, the food is always be cooked to perfection.

The only caveat of “volumetric” cooking is that the M Chef technology doesn’t allow for browning, which can be used to its advantage: you can bake bread buns that don’t develop a crust, for instance, useful for those who want to experiment with coloured buns without it browning up top. But I believe this paves the way for all sorts of frankenfoods (fully pink steak, anyone?) that I’m not sure people are ready for. Thankfully, the Dialog Oven is still a conventional oven in that respect, where you can combine the M Chef tech with traditional radiant heat. You can’t compare this to a good sear on the stove, but yes, the function is there. 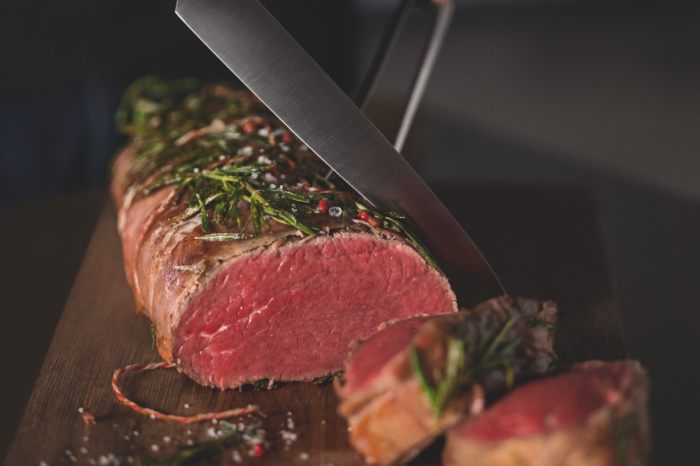 With ample interest from chefs and restaurateurs already even before the global launch, it’s expected that the Miele Dialog Oven will revolutionise cooking. But I still have my reservations: It was always the widely accepted idea that time was the biggest ingredient when it came to developing flavour. By essentially shortening the cooking process, by omitting that payoff of time, are we also removing the hand of the chef, the soul of cooking? From the impressive dishes we tasted at the press preview, it seems like a hard resounding “no” — it seems possible now that haute cooking can take almost no effort at all — leaving the art of enjoying good food and company totally in the host’s hands. We’ll just have to wait and see.

The Miele Dialog Oven has just begun launching in Germany and Austria. Still in the development process to include Asian dishes and settings, the oven is expected to reach Asia tentatively sometime in 2019 for pre-orders, though they won’t start arriving until 2020 most likely.

Living
27 Questions: Arnault Castel, founder of Kapok
Food & Drink
7 art restaurants in Hong Kong for design-savvy dining
Culture
Bored at home? Try these 30 things to kill the time
Living
How to Succeed: Philippe Delhotal, Artistic Director of La Montre Hermès
Style
What’s old is new again: The Audemars Piguet [Re]master01 chronograph
Travel
This is how you can travel the world without boarding a flight
Food & Drink
Handpicked: Summer Lo shakes up a storm with a Yakult-based morning pick-me-up
Beauty & Grooming
Q&A: Celebrity beauty guru Margie Lombard on the proper way to cleanse your face
Travel
10 best travel books that we’re living vicariously through
Sign up for our newsletters to have the latest stories delivered straight to your inbox every week.

Stylish tableware to spruce up your next dinner party