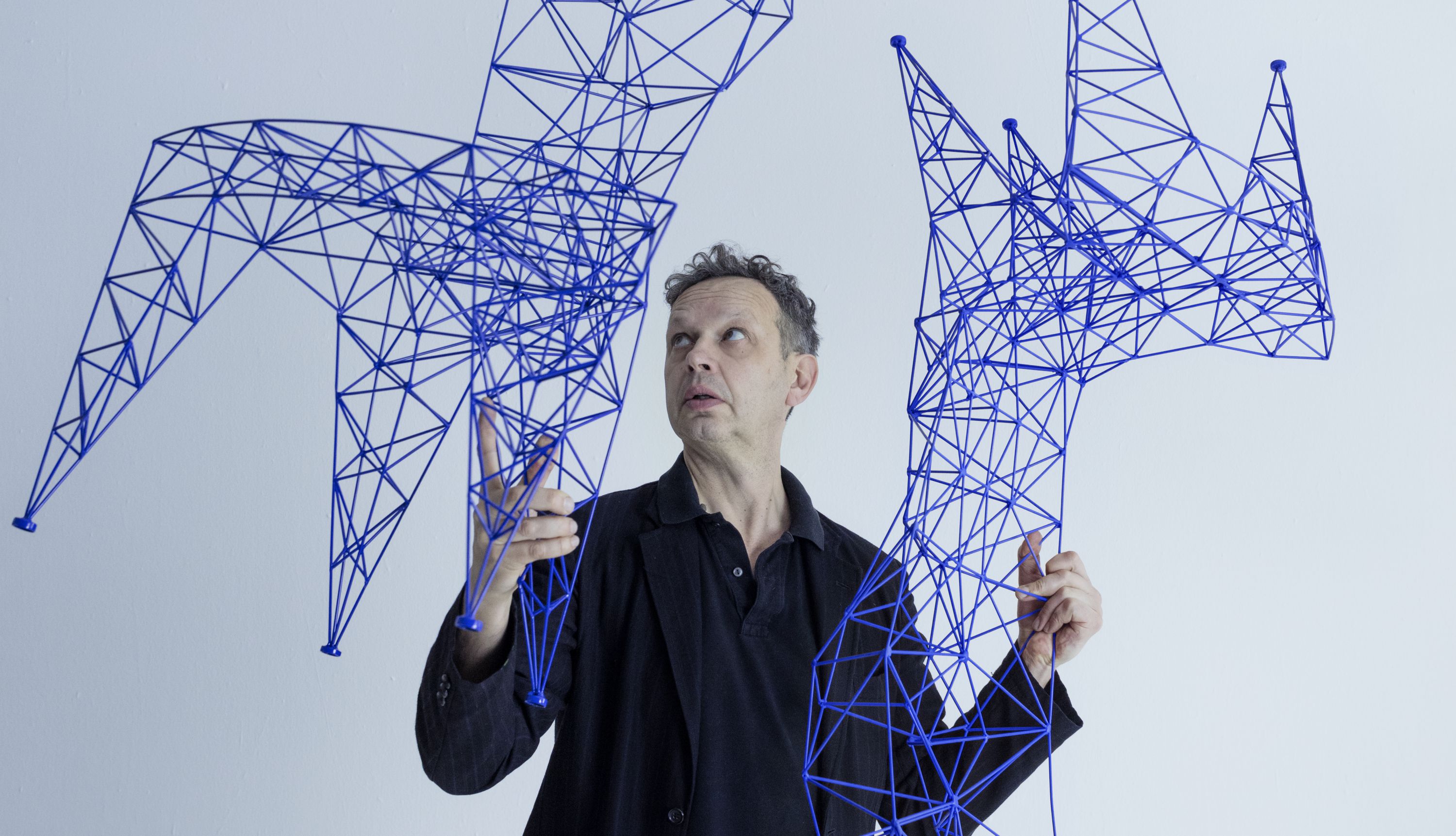 If you’ve spent any time on Hollywood Road recently, you may have noticed that the imposing black block — where SoHo’s Ralph Lauren flagship once stood — is gearing up to unveil its exciting new tenant: the much-revered British designer, furniture and lighting master Tom Dixon, who will open the doors to his first Hong Kong flagship in May.

The new space will be operated by the brand’s local interior design arm, A Matter of Design, which has a very notable international CV, having designed some of Hong Kong’s most stylish spaces, such as Central’s Tazmania Ballroom and rooftop restaurant Alto in Causeway Bay.

While the brand’s strong British identity is still at its core, Tom Dixon is no doubt slowly taking over the world with its unusual use of lines and materials. “There is no more optimum location to place our new hub than Hong Kong, no better street than Hollywood Road and no better partner than A Matter of Design to make our hopes come true,” says the designer.

So what can you expect at the new store? For starters, some of the latest furniture and lighting collections that were unveiled at Milan Design Week in early April will be making appearances at the new Hong Kong flagship. 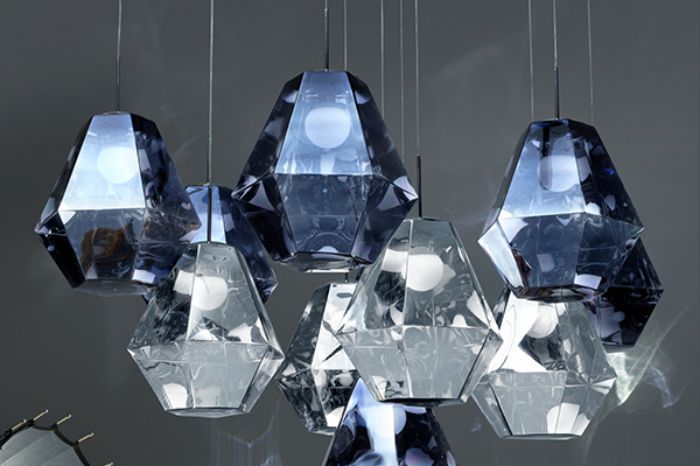 One such highlight is the CUT collection: futuristic and gem-like pendant lamps that exude a space-age cool and also reflect light for a kaleidoscopic effect. Done in chrome and smokey-blue finishes and available in short and long sizes, they’re best when installed as a cluster (as shown above) to add an exciting, eye-catching focal point to a room. You’ll also find the latest evolution of the MELT collection — metallic globular blown-glass pendant lamps that were first released during Milan Design Week 2015. This year, the pendant lamps have been squeezed into flatter blobs that can work as wall sconces, ceiling lamps or floor lights. 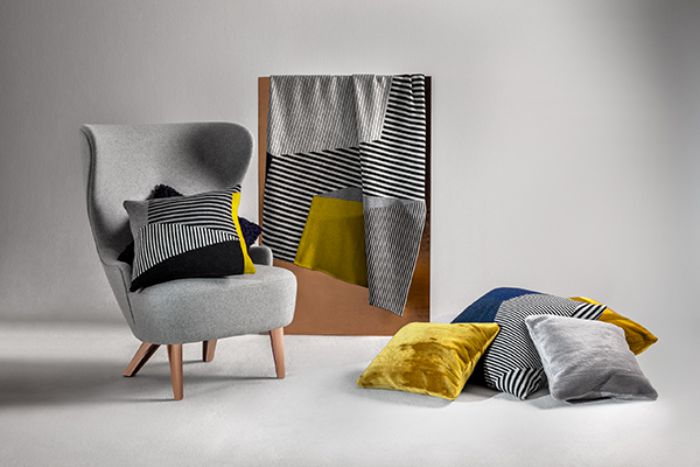 Moving away from rigid, metallic surfaces, the brand has also released its first foray into textiles in its Supertexture collection, consisting of soft throws and cushions. The progressive designer plays with extremes here, using a range of velvet, boucle and knit textiles across six different textures, incorporating plenty of fun colour combinations along the way. They’re designed to go with the latest ranges of metallic lighting, marble and glass home accessories. 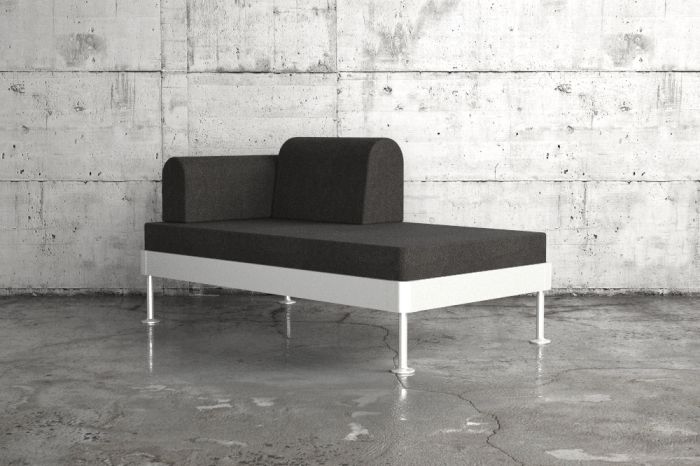 A surprise release at Milan was Tom Dixon’s collaboration with Ikea to create the DELAKTIG sofa-bed, which was launched as part of a film festival programme during Design Week. With fabrics from Swedish textile company BEMZ, the unique piece features a set of exclusive covers in various colours. Sadly, however, we won’t be seeing any Dixon-Ikea or Dixon-BEMZ collab products at the new Central store just yet — for those, we’ll have to wait until the public release in 2018.

Last but not least, there’s a rumour that the new flagship might feature a café space. Sipping fresh brew from Tom Dixon teacups? We can hardly wait.

Hong Kong Tom Dixon Shopping Homeware Culture Living Stylish Homeware Houseware Lighting Art and Design Milan Design Week Tom Dixon Hong Kong Furniture Design A Matter of Design Home Store
Evelyn Lok
Managing Editor
When not trying out the latest beauty and wellness trends, Evelyn is likely enjoying a perfectly balanced negroni or exploring some of Hong Kong's best new places to eat and drink. At Lifestyle Asia she covers everything from the biggest events in town to interviews with Hong Kong specialists, with topics spanning art, food and drink, health, tech, and travel.
Beauty Wellness Events Art Drinks
Sign up for our newsletters to have the latest stories delivered straight to your inbox every week.